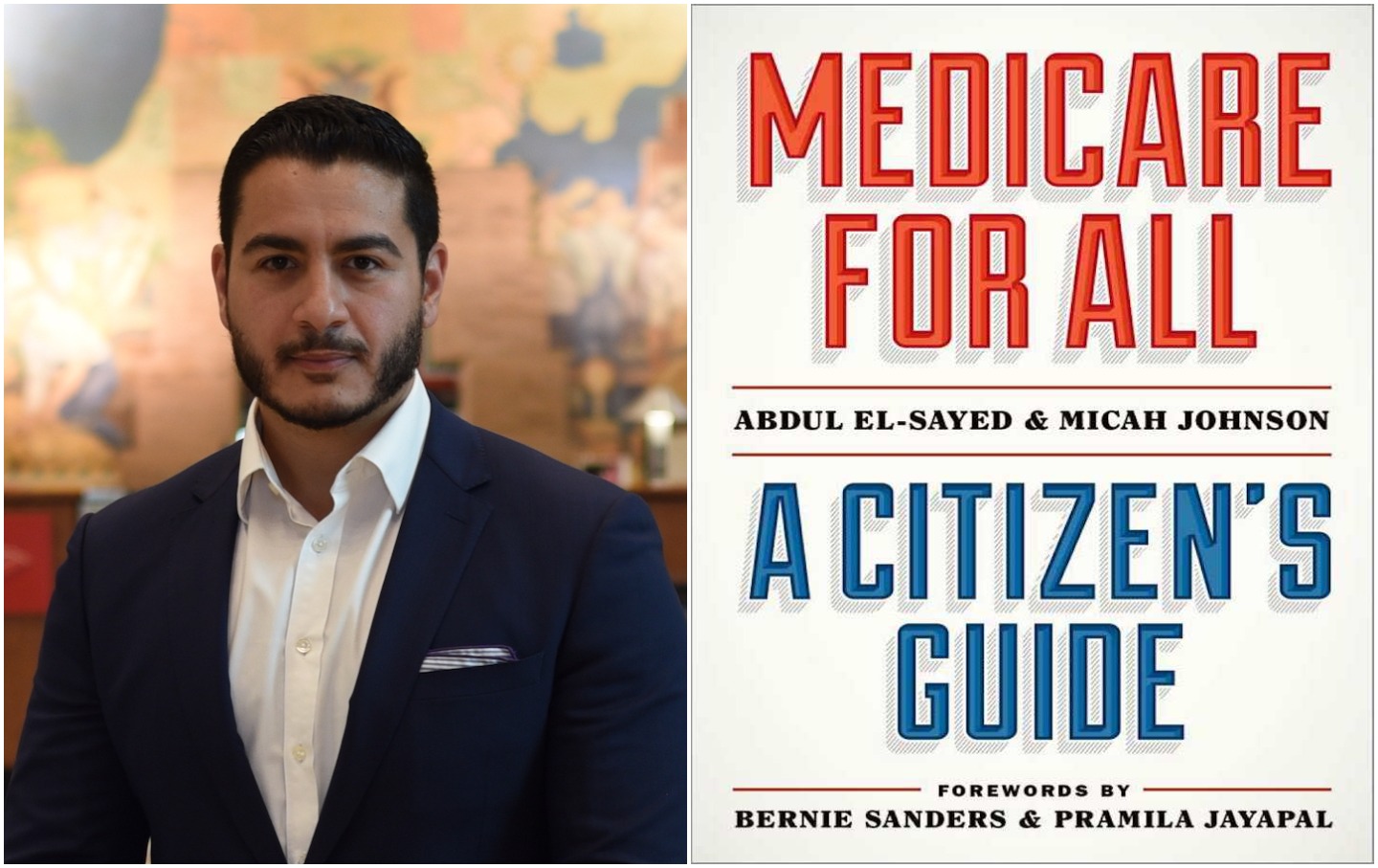 Even if the near-term dream of getting a Medicare for All (M4A) champion into the White House ended with the defeat of Senator Bernie Sanders’s 2020 primary campaign, the fight to win single-payer health care financing in the United States is far from over. The House and Senate M4A bills have over 100 Democratic cosponsors, and Congress’s insurgent left flank is growing. Voters still voice strong support for the reform, and continue to prioritize health care above nearly any other political issue. Meanwhile, a year into the global Covid-19 pandemic, the inequalities at the heart of the market-driven health care system have never been more apparent—and no single policy is better equipped to combat them than M4A.

Nonetheless, the path forward for any robust reform is challenging. Moderate congressional Democrats opposed to M4A still outnumber those in favor of it, and President Joe Biden is on their side. Republicans are demonstrably hostile toward large-scale public programs, and will almost certainly continue to threaten to filibuster Democratic legislation. Even greater an obstacle is the $3.8 trillion American health care sector, whose lobbying arm and business models would be fundamentally upended by replacing the private health insurance industry with one public insurance pool.

But that’s no reason to despair, argue Drs. Abdul El-Sayed and Micah Johnson in their new book Medicare for All: A Citizen’s Guide. Instead, the meteoric rise of M4A within a few short election cycles ought to galvanize advocates to keep building the movement to win it. This book is a resource toward that effort, laying out a case for how Medicare for All will revolutionize the US health care system, why no other reform proposal measures up, and how to navigate the hairy politics of passing it. I spoke with El-Sayed—a former Detroit public health commissioner, Michigan gubernatorial candidate, and Bernie Sanders campaign surrogate—about the signature demand of the ascendent left flank of American politics.

atalie hure: You began working on this book before the Democratic presidential candidate was chosen, and now it’s coming out weeks after the inauguration of Joe Biden, a longtime vocal opponent of M4A. How did your understanding of the political terrain change over the course of writing it, and how should we think about this moment as far as M4A is concerned?

Abdul l-ayed: We wanted to talk about the policy in the way that it maps onto the real lives of real people across our country. And we wanted to reignite a conversation that I think we have to have in this country about the fundamental brokenness of our health care system. A lot has changed since Medicare for All was discussed as part of the Democratic primaries in late 2019 and early 2020—we’ve had a pandemic that has brought our health care system to its knees. Many, many people have suffered as a consequence of how our health care system is constructed. We were actually between publishing the book on two different days, depending on where we thought the political conversation was going to be. But it’s ultimately important to us that it came out in the early days of the Biden administration, because we think that we need to have this conversation now that there will be changes coming to our health care system. And we think that they need to be the right changes.

NS: In your assessment of the political terrain for M4A, you delve into its relative and growing popularity in polling, but also note its limitations—the so-called public option also polls well, for example, and support seems to tumble when questions emphasize higher taxes. Meanwhile, pro-M4A candidates have both won and lost in various elections against establishment-friendly Democrats who oppose the policy. Given its ambiguous political potency among the electorate, should M4A be a litmus test for Democrats? And how do we make it one?

ABS: Yes, and I think it’s already emerging that way. If you’re honest—if you really believe that health care is a human right, and you really believe that health care corporations are standing in the way—there’s really just one answer that you can reasonably come to. Elections are multifaceted things; the outcome of any given one isn’t a referendum on Medicare for All. Because of the health care industry’s enormous political spending, what you see in our politics is not necessarily representative of what people want on the ground. So what I would say is that if you were serious about fixing both our politics and our health care, then the answer here is pretty obvious. You need to support Medicare for All, and you need to support reforms to our political system that continue to corrupt it and prevent the will of the people from getting translated into our public policy.

NS: Medicare for All has emerged as a central policy plank for grassroots leftist candidates like Alexandria Ocasio-Cortez and Cori Bush challenging powerful Democrats to their right. What role do you see these insurgent figures playing in the Medicare for All movement, and how should they be fighting for it during the Biden administration?

ABS: They’re going to be critical to eventually winning the future for Medicare for All. And we need more of them. In a democracy, we have to win the middle—we have to keep pushing, and keep winning race after race. We’re making incredibly great strides in doing that, and more are winning each cycle. But what powers that isn’t just people in Congress; it’s people across the country, in communities who are dealing with health care inequities and challenges in their own lives, and deciding to be a part of the movement to build power for Medicare for All.

We focus a lot on the electoral politics in particular, but sometimes we forget that this movement is just getting started and has had some tremendous success, and I believe we can have more. Many of the opponents of Medicare for All are deathly afraid that we will continue forward, and they want this movement to believe that it cannot win, and to think that because we don’t have a president who supports Medicare for All, that it’s impossible. But I take it very differently—we’re not going anywhere, and I’m really excited about that.

NS: You discuss the importance of organizing a grassroots movement to win Medicare for All, and about how mass mobilization was key to winning Medicare and Medicaid in the 1960s, whereas the lack of it likewise helped tank earlier reform. But how exactly to organize that movement is far from obvious. How can Medicare for All build power outside the electoral system?

ABS: In the book, we talk about key constituencies that we need to organize, and the ones I think really sit at the tipping point right now are doctors, senior citizens, labor, and business. When it comes to doctors, for example, we have seen that the changing business of providing health care has largely frozen them out. Increasingly, physicians don’t own their own practices anymore, and the average doctor now works for a large health care system. As those systems are taking physician autonomy away, it’s no wonder that physician opinions are starting to shift. The average doctor today also believes in single-payer health care. So we have to keep working to bring doctors together. One opportunity is to reorganize medicine into unions instead of guilds like the American Medical Association.

As for business, the cost of health care has gotten so expensive, and businesses are starting to realize this is untenable for them—and I think we have to keep making that argument. With seniors, a lot of them worry because there’s been so much propaganda about what will happen to Medicare itself; they think Medicare for All would mean the health care pie gets sliced into smaller pieces, but actually one of the most important things we can do to secure the longevity and security of Medicare is to extend it to more people who pay into a larger system.

And when you think about labor, the reality is that every dollar they have to negotiate in the form of health care benefits would be better served as a dollar in their members’ pockets. Ultimately, the industry will spend a lot more money than we can in advertising and fearmongering, telling people they’ll lose their choice and autonomy, that it’s going to cost too much and they’ll have their care rationed. But really, we know that the health care industry as it stands already does all of those things. Our job is to sustain and build a conversation between and among these various stakeholders about what could be if we were willing to embrace a future where we dignified health care as a human right, rather than just as a privilege.

NS: You’ve stressed the importance of advancing the case for Medicare for All in the context of health care policy debates that are all but imminent with a slim Democratic majority under the Biden administration. How should Medicare for All advocates orient themselves toward incremental reforms, and differentiate between those that get us closer or farther from our goals?

ABS: I have a pretty simple rubric: I ask myself, (a) Does it expand health care access generally? (b) Does it do so via public means? And (c) does it reduce the power and influence of health care corporations? If the answer to all three of those things is yes, then I support it. And if the answer to any of those things is no, I’ve got to take a far closer look, but usually I don’t. So, for example, take COBRA subsidies for people who have lost their employer-sponsored insurance. In theory, it’s going to extend health care access, but it does so by feeding money into the corporate health system, and doesn’t extend the footprint of public health care. So I don’t support COBRA subsidies: I think they fuel the brokenness of a system that does not do the job it’s supposed to do, which won’t address its own failures. Compare that to something like a public option—which, don’t get me wrong, has its real issues; but if you have a truly public public option that expands the footprint of public health care, expands health care generally, and reduces the power and influence of health care corporations, then I think it’s a plan we could get behind. But here’s the thing: We cannot accept that as the answer. We can accept that as a step toward the answer. I want folks to understand the difference. You can’t try to pitch it as the be all and end all of health care reform—only as a step toward a truly universal single payer system. But I’d rather take a step forward than a step back, and I’d rather take a step forward than staying where I am.