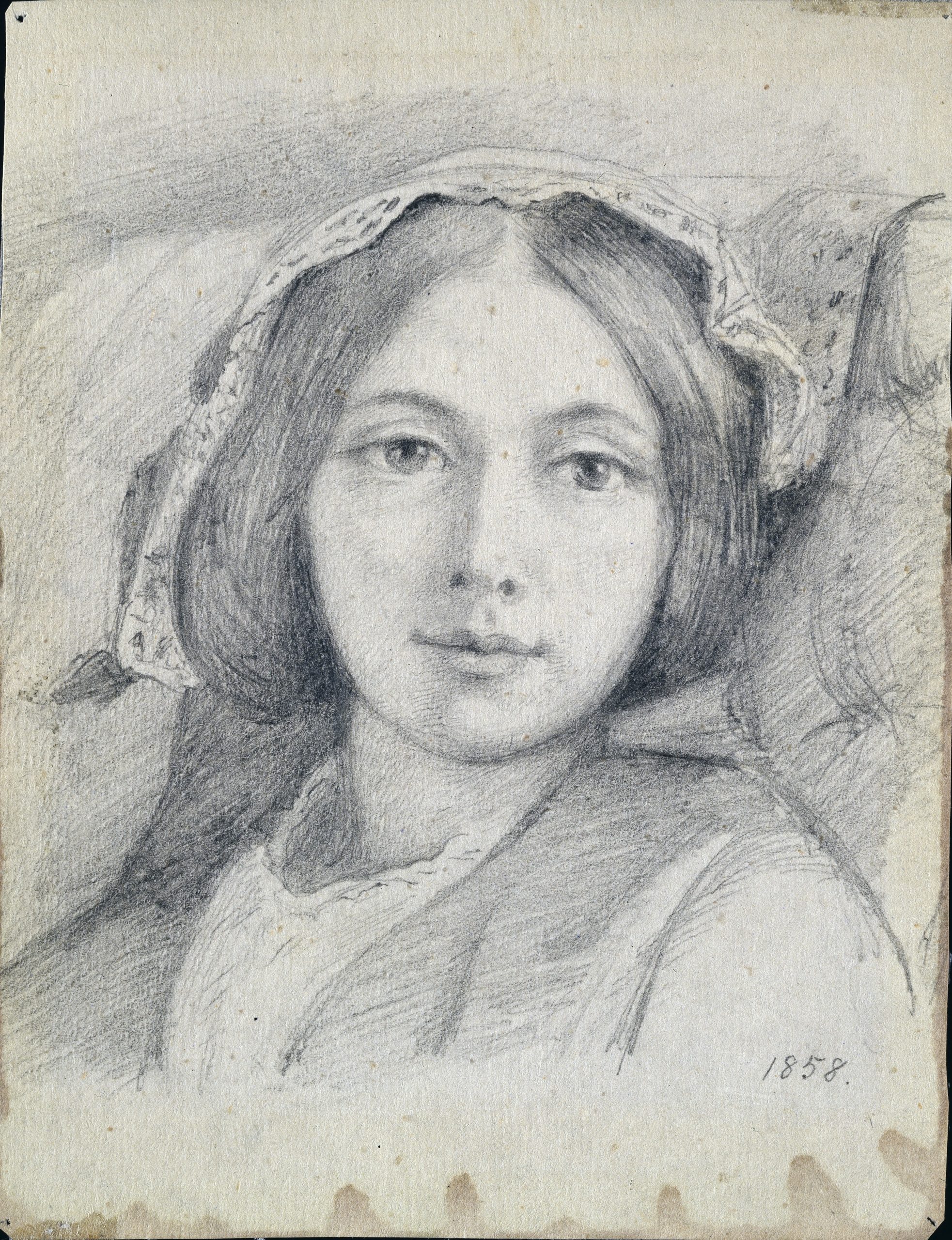 In her introduction to the 1972 biography The True History of the First Mrs. Meredith and Other Lesser Lives, Vivian Gornick imagines its author, Diane Johnson, playing a board game. The people she writes about are pawns in her control; she can move them around the board however she likes. She might skip spaces and abruptly pull them into new settings or send them forward or backward in time: “Any persona might be moved to a position on the board that might increase or decrease their point value and send the story spinning,” Gornick writes. Johnson is also the one who assembled the board. The result, Gornick says, is one of the most unusual, eccentric biographies she has ever read.

The True History of the First Mrs. Meredith and Other Lesser Lives

In Lesser Lives, reissued this month by New York Review Books, Johnson is settling a score: History has remembered the famous Victorian writer and poet George Meredith but forgotten his first wife, Mary Ellen Peacock. Her life, for decades overshadowed by his, was notable in its own right. She was raised by a forward-thinking father to be independent and ambitious, and her expectations for her life exceeded those of her Victorian contemporaries. Always straining against the conventions of her milieu, she had a child with a husband who drowned at sea, married Meredith, had more children, began an affair with the painter Henry Wallis, and had a child with him, to great scandal.

Peacock might also have become a famous writer, publishing poetry and nonfiction—some of which Meredith initially took credit for and then later renounced—but did not become one before dying of renal disease at 40. Meredith scarcely spoke of her after that, and when he did, it was with bitterness, exaggerating their age difference (she was seven years older) and calling her a madwoman.

But much of Lesser Lives is not about Peacock. Johnson is equally interested in the lives that intersected with hers. To a more conventional biographer, those on the periphery might not be worth mentioning. They would be, in other words, considered lesser. Johnson lists their names in a section at the back of the book titled “Brief Lives,” writing short bios for each, even if it’s just to acknowledge, as she notes for a woman who was fleetingly involved with Peacock’s father, that “nothing whatever is known about her.” In a single sentence about Matilda Bucket, a servant Meredith’s grandfather ran off with, Johnson inserts a parenthetical, lamenting, “How one longs to know more about Matilda Bucket.”

There is no life that is too minor for Johnson’s consideration, and the book goes on long after its primary subject’s death, so filled with the lives of others that they crowd out Meredith. This is a subtle trick, which Johnson achieves not by relentlessly critiquing Meredith—though she does, at times, deride him—but by creating an equilibrium where there was none before.

Lesser Lives is a biography against biography, a reimagining of a genre that often takes its own conventions seriously. In its traditional form, biographies can replicate the biases of history, magnifying figures whose lives are already well documented and casting others aside. For Johnson, correcting these biases requires a willingness to get one’s hands dirty, a desire to not just retell events but create them anew. This approach may be especially necessary when it comes to reassembling a marriage, particularly a literary one, an arrangement in which there is often a “Famous Writer,” as Johnson refers to Meredith early on, and his opposite, a lesser life.

Johnson’s approach to biography does away with objectivity and replaces it with a kind of fabulation. It is indeed helpful to think of Johnson moving pieces across a game board, as Gornick suggests; she is omniscient, viewing history, far from settled, as something that holds infinite imaginative possibilities. When Johnson cannot find a letter or journal entry to confirm her suspicions, she tells us what Peacock and Meredith must have thought or how they might have reacted to a crumbling marriage, an affair, a death. “Of Mary Ellen’s mother there remains only one of her letters, so we may imagine her how we please,” Johnson tells us. In encouraging us to give ourselves over to conjecture, she asks us to redistribute the attention that would ordinarily funnel toward the person thought to be most important. It is exciting to read this way: We feel we are helping Johnson build a richer and more populous world than has been rendered before.

I came to think of Johnson as a camera—not the person operating it but the camera itself. She can take high-up, sweeping shots from the sky, as she does early in Lesser Lives: “We have stopped, or we have pretended to stop, the flow of time, and all the lesser lives with which we are here concerned are collected for introduction,” she writes in the first lines of the book, which describe the scene at Peacock’s funeral, attended only by her maid, her son’s nurse, and a friend of her father’s, a mere acquaintance. “As for the others, since they did not come to her funeral, we shall have to look around for them,” Johnson continues, and suddenly the camera finds other faces and brings them into focus. She is constantly zooming in and out, pulling new people into the foreground while allowing others to recede.

This is rhetorical as well as instructive. Johnson is teaching us how to see and whom to notice. But why is it important to pay attention to Peacock? Johnson’s interest in her grew out of frustration upon reading biographies of Meredith and finding that they largely took him at his word when he described his first wife as unhappy and dishonorable. Mention of Peacock in these biographies usually lasted no more than a paragraph or a page, Johnson said, as though her life were merely an episode in someone else’s. A 1929 biography refers to her only as one half of a couple, never calling her by her first name. (It is an unavoidable irony that the contemporary reader is unlikely to recognize the name George Meredith, either.)

Meredith considered himself as a loving and generous husband. He was a “good Victorian,” or thought himself to be, and that has long been the accepted version of events. But all the while, Johnson shows us, he was accumulating a great debt in Peacock’s ledger. She had become worn down by their financial troubles, a result of Meredith’s unwillingness to take on any non-writing work in his dogged pursuit of a literary career. She, too, loved to write, but her writing was eclipsed by his. She was a gourmet cook; he was a dyspeptic who couldn’t enjoy the meals she prepared for him. Over time, these slights and inequities added up and became the prevailing narrative of their marriage—but only for her.

Lesser Lives is a corrective, resurfacing during a time when there is a greater demand for women’s stories in literature, particularly when there is the sense that a man’s story has won out over hers. But Johnson is after more than just that: She understands that each life lived is a story unto itself but that it can easily be blotted out by one deemed more significant. This idea and the style of biography that usually accompanies it—defined by speculation and imagination, as is Johnson’s way—were not always appreciated. When Lesser Lives was first published, some critics balked at her retelling of Meredith and Peacock’s marriage, accusing Johnson of twisting the truth to achieve her ends. “She has had to shore up her defense [of Peacock] with a reiteration of ‘perhaps,’ ‘maybe,’ ‘possibly,’” reads a New York Times review.

But Johnson’s approach to biographical writing quickly became more widespread, and what was once contentious about Lesser Lives is now largely taken for granted. “That there are two sides to every story is a cliché,” as Haley Mlotek put it in a 2018 piece on the psychotherapist Esther Perel. “That there are two stories to every marriage is almost a science.”

One begins to see this philosophy everywhere. The End of the Novel of Love, Gornick’s 1997 collection of essays on the diminishing power of love as a metaphor in the 20th century novel, is equal parts biography and criticism, imagining how writers like Grace Paley and Jean Rhys conceived of the narrative arc of their romantic lives and transformed it into literature. In her memoir Aftermath, Rachel Cusk admits that hers is just one take on the dissolution of her marriage. “My husband believed that I had treated him monstrously,” she reflects. “This belief of his couldn’t be shaken: his whole world depended on it. It was his story, and lately I have come to hate stories.” Once she and her husband decided to separate, it was as if they “had undone history itself.” How could any unvarnished truth remain?

Parallel Lives, Phyllis Rose’s 1983 biography of five Victorian marriages, is Lesser Lives’ most direct successor. It is easy to see Johnson’s influence. In her introduction, Rose argues that in the “ordinary process of living,” each of us becomes a “fitful novelist,” requiring a biographer to act more like a literary critic. This is especially the case when writing about marital relationships, she says, which fail not when love wanes but when a single thread splits in two, a shared life becomes a set of parallel ones. Facts are not important to Rose because in such matters there are only stories.

Parallel Lives was also reissued this year, in March by Daunt Books, buoyed by a generation of young women to rediscover it and find it thrillingly resonant (perhaps the same group that will pore over Lesser Lives). Marriage has always been a great subject of fascination—particularly when it comes to other people’s—but it is Rose’s insistence on marriage as plot that explains the book’s resurgence. This is the only satisfying way I have ever heard the arrangement described, marriage no longer holding the transformative promise for a life it once did. A marriage, of course, might be just one chapter.

Eventually, Meredith came to an understanding of marriage that hewed closer to this view. More than two decades after Peacock’s death, he published Diana of the Crossways, whose heroine—as intelligent and lively as his first wife—turns away from love, knowing it will only bring about destruction for herself and for everyone involved. In The End of the Novel of Love, Gornick posits that when writing this character, Meredith had come to the realization that “love is not to the point at all: the antagonism one feels within oneself in its presence is far more crucial.”

There is something undeniably compelling about the duality of marriage and how the self is made and remade through it. Peacock saw herself as capable of transgressing the boundaries of Victorian notions of acceptability for a mother and wife because of Meredith’s rigidity; he found in himself a well of resentment and spite he might not have known before. After all, he did not even allow their youngest child to visit his mother before she died, and neither one attended her funeral. The push and pull of marriage, however, is also what alerts us to the inequality that often lies beneath it—though it is usually only one person in the pair who detects it.