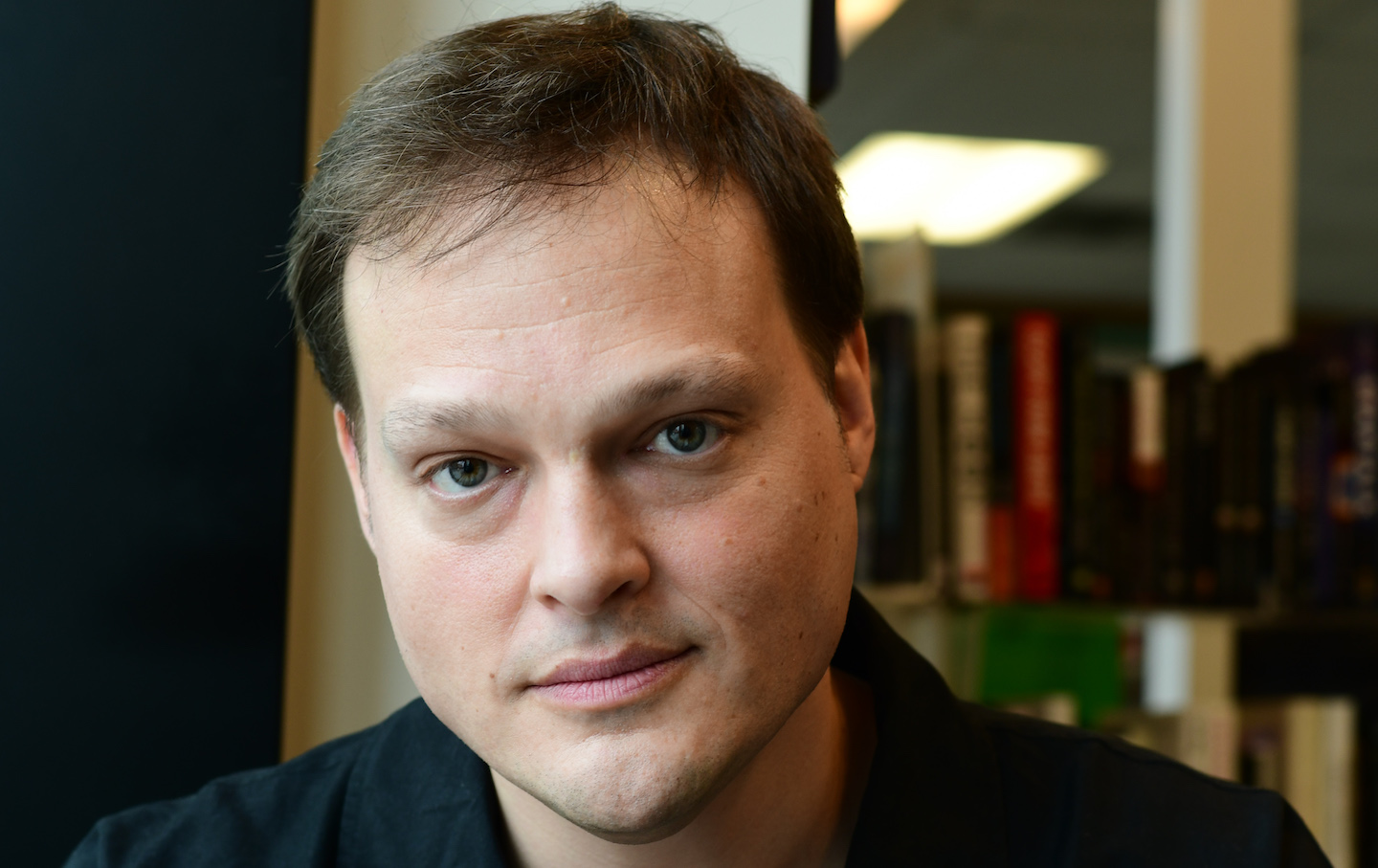 Garth Greenwell is keenly interested in the drama of the interior, especially when it comes to the thorny issues of intimacy and relationships. His 2016 debut novel, What Belongs to You, detailed a relationship between a Bulgarian hustler named Mitko and an unnamed American teacher abroad that leaves them both unsettled and unmoored; the novel, among many accolades, was long-listed for the National Book Award. The unnamed narrator returns in Greenwell’s new sequence of stories, Cleanness, an expansive book in which the narrator renegotiates his boundaries and his capacity for love after a serious relationship dissolves. He moves from capturing an afternoon of antiestablishment protests in the Bulgarian capital, Sofia, to epiphanic moments during sex in Sofia’s apartment blocks—all in service of this singular truth: that desire’s vicissitudes and love in all its permutations “[change] the texture of existence.”

Greenwell’s prose is precise, unsparing, though always lyrical and full of feeling. His focus is always on the lingering heat of an interaction between the narrator and other people, be it a student devastated by a first love and seeking solace or a crowd that sweeps the narrator into its grasp, hurtling toward an antiestablishment protest. Greenwell is at his best when he is writing about the minute exchanges of power and affection between gay men, especially during sex, and the physicality of aesthetic experience.

We met at the offices of his publisher in New York late last year, where he had just finished recording the audiobook for Cleanness. Greenwell and I talked about desire as the impetus for action, cruising as a poetic space, and what went into the writing of his new book.

Our conversation has been edited and condensed for clarity.

Rosemarie Ho: I want to first talk about the form this novel takes—three sections of several stories each—before going into the stories themselves. How would you describe it?

Garth Greenwell: I don’t really have language to describe it. My ideal way of describing it would actually be by analogy to something like a lieder song cycle like Schubert’s Winterreise, where it’s not that there’s a linear plot that provides a structure, but there is a kind of continuity of subject matter, and the primary modes of structure are tonal or harmonic.

RH: It’s interesting to me that you conceive of Cleanness as a lieder cycle, because it seems that all lieder cycles I know have some sort of cathartic moment or climax, whereas this book is about the denial of catharsis, of not having that moment of release.

I’m also very distrustful of that feeling, of what presents itself as knowledge in those moments. I want to value that moment of the ecstatic acquisition of knowledge in and of itself—that moment has its own value, regardless of whether it is portable beyond that—but I also want to honor skepticism about the portability of it, skepticism about how those moments connect to the texture of everyday life.

RH: Those moments of revelation for me in this book are all connected to, in a way, the narrator’s coming to terms with his desires, and desire in both of your books provides the motivating force behind revelation. But at the same time, your characters find their own desires unintelligible to them. How do you write about epiphany or revelation when your starting point is that these characters don’t necessarily know or really want what they want?

The smartest thing that I think anyone’s ever said about art is when Yeats says, “Out of the quarrel with others we make rhetoric; out of the quarrel with ourselves we make poetry.” It’s the argument with ourselves that is interesting to me. And I’m interested in desire, because I do think desire has this very ambivalent relationship to the will. Desire gives us an object, and then we are motivated to seek that object in ways that are always compromised and complicated and difficult and often morally questionable. But we don’t get to choose the object. So desire gives us a way to be active in seeking something, but it also makes us passive and very often abject in that it subjects us to wanting this thing.

GG: I was drawn to S&M because I think power is central to relationships between human beings. I don’t think it’s everything like in the way that Nietzsche and sometimes Foucault seem to feel that it’s everything, but it’s always there, and it’s always being negotiated. S&M is interesting to me because it makes that negotiation contractual, it makes it performative, and so denaturalizes it. It’s not just something that’s there. It’s something that you’re playing with. It’s something you can manipulate. 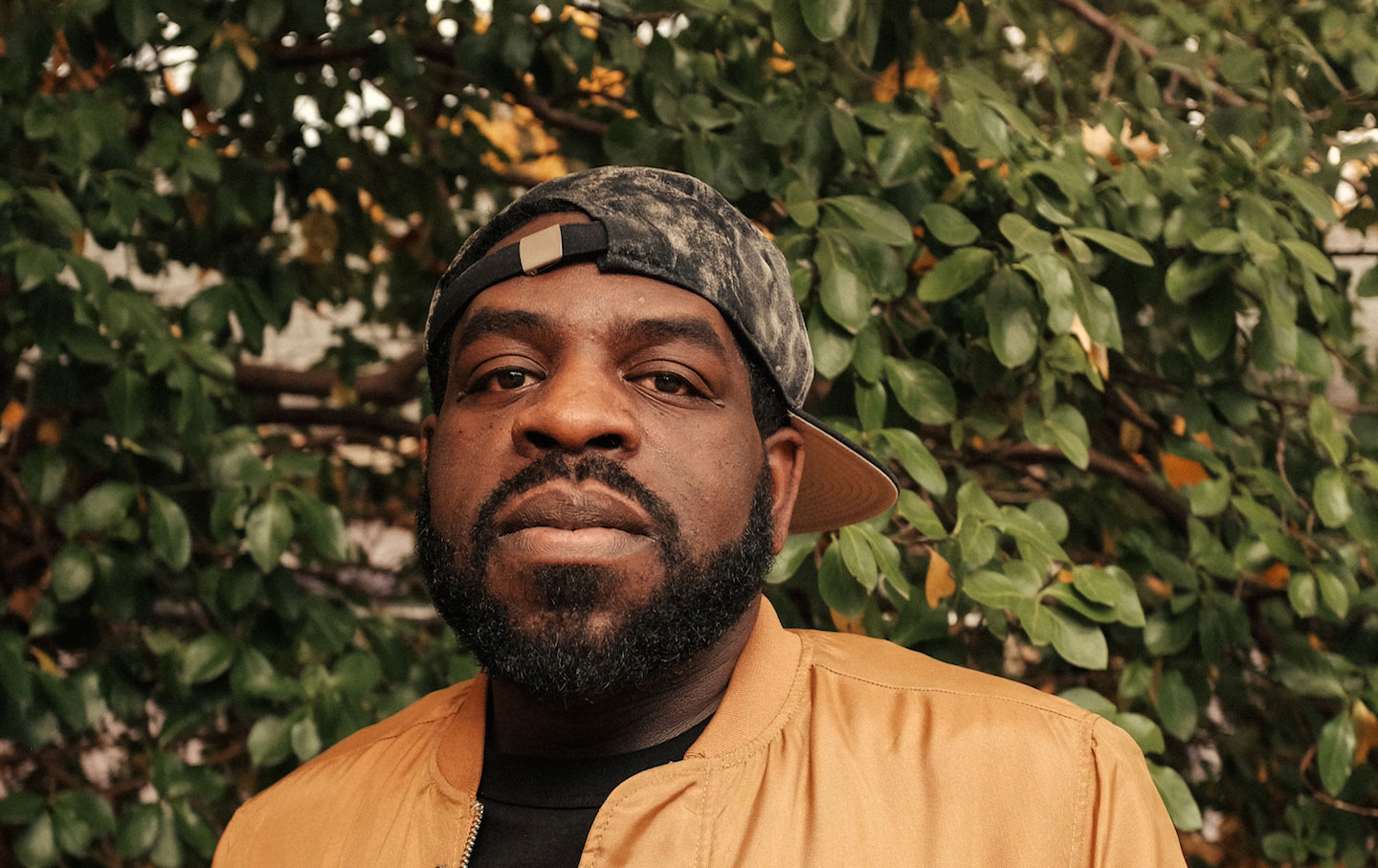 And I wanted to write about anal sex, which I didn’t do at all in What Belongs to You. I wanted to write about what still seems to be the scandal of the penetrable male body, and I wanted to show all the negotiations and the permutations involved. The narrator bottoms, the narrator tops, and it matters whether there’s a condom or not. What does it mean if you fuck a stranger without a condom? What kind of an affective act is that? In all of these permutations of sexual life, cruelty and tenderness is a kind of dialectic in all of them. You have to tell a story that’s complicated enough, that can accommodate both the tenderness and the cruelty.

I do find myself unsatisfied by a lot of the stories we tell about queer life, you know, both stories that demonize something like cruising, seeing it as pathological or self-destructive, and also stories that idealize queer relationships. And a kind of sense of responsibility to be ideal that has made it so difficult to talk about abuse and to talk about violence within queer relationships. Lots of situations are not morally ambiguous. You know, lots of situations, you’re just like, “Oh, yeah, wow, that was really bad,” or like, “Yep, that’s a crime.” I don’t need fiction for that. I don’t need art to help me think through those situations. I need art when I feel like I’m facing an abyss. I don’t know how to think through this without the tools of fiction.

RH: You’re a great writer of embodied experience, especially of sex, and of consciousness. How do you do both at the same time?

GG: This sounds like a kind of pat way of putting it, but it actually feels really true to me: Sentences do not feel like containers of thought; they feel like tools for thinking. Sentences feel generative of thought for me. And when I’m writing, it’s not that I have a thought and I’m finding a shape for it. It really is that the shape the sentence takes is productive of the thought.

RH: What does it mean to write in a queer literary tradition?

There are arguments you could make about the relationship between queerness and introspection. I don’t really feel a desire or need to make those arguments. I’ll just say those were queer writers, that mode was congenial for queer writers, and it feels congenial to me. Then also, the kind of exuberant linguistic, baroque-y qualities of some of my writing feels really queer. To have a kind of extravagant sense of beauty—that, to me, is deeply queeny. I find it in Tennessee Williams, I find it in Hart Crane, and I claim that as part of a queer inheritance.

What makes a text queer is either a kind of affirmative identification on the part of the artist or a usefulness that other queer artists have found in that text. Thomas Mann never called himself queer, for example. We know enough about his erotic life to know that it’s a term that fits. Death in Venice made all kinds of queer literature possible and has been seized upon by other queer writers and coded queer in that way. If Mark Doty finds in Whitman, who also has a complicated relationship to taxonomies, a queer forebear and finds queerness in his work that allows his own queer work to come into existence, then that seems a meaningful way to talk about queerness and literature to me.

RH: You’ve said before that poetry is the intersection at which public and private space exist at the same time and that cruising in that sense is a poetic space. Could you expand? How does fiction writing specifically complicate that matrix?

GG: Just in the most basic way, cruising does this because gay men fuck each other in bathrooms and straight men come in and use the bathroom and have no idea what’s going on. There is a public space, and in this public space, private spaces are created. So there’s a way that cruising multiplies space. It creates a kind of double space. I mean, I felt this so strongly in the place where I discovered my erotic life, in Cherokee Park in Louisville, Kentucky. This is all changed now. They’ve engineered the park to try to make cruising impossible. But there used to be this hill, and the road took you up the hill and then circled around and people called it Fruit Loop because that’s one of the places the queers cruise. There was a bathroom. I had so much sex in there. And from that bathroom, you would look out, and there would be a field where people picnicked and people played with their dogs and all. Those two worlds were simultaneous. They occupy the same space, and cruising made me feel like there was this magic secret world that not everyone had the key to. So that’s what I mean: Cruising carves out and claims public space for private acts.

Poetry does that too. I think about the sonnets of Wyatt and the way in which Wyatt would translate Petrarch’s sonnets in a way that was a political commentary totally invisible to people who didn’t have the key to it. That’s taking the public resource of language and making it something that means one thing in a public way and something very different in a private way—so that privately it’s a critique of Henry VIII and publicly it’s a translation of a Petrarchan love poem. That fascinates me.

As to how prose does that, I don’t know. Obviously, those kinds of spaces are just explicitly the subject matter of my prose. But I don’t know if I sort of have as clear a sense how that works in prose as I do in poetry. Always there’s text and subtext. Always there’s the kind of public face of what’s happening and the private reality that’s more complicated.