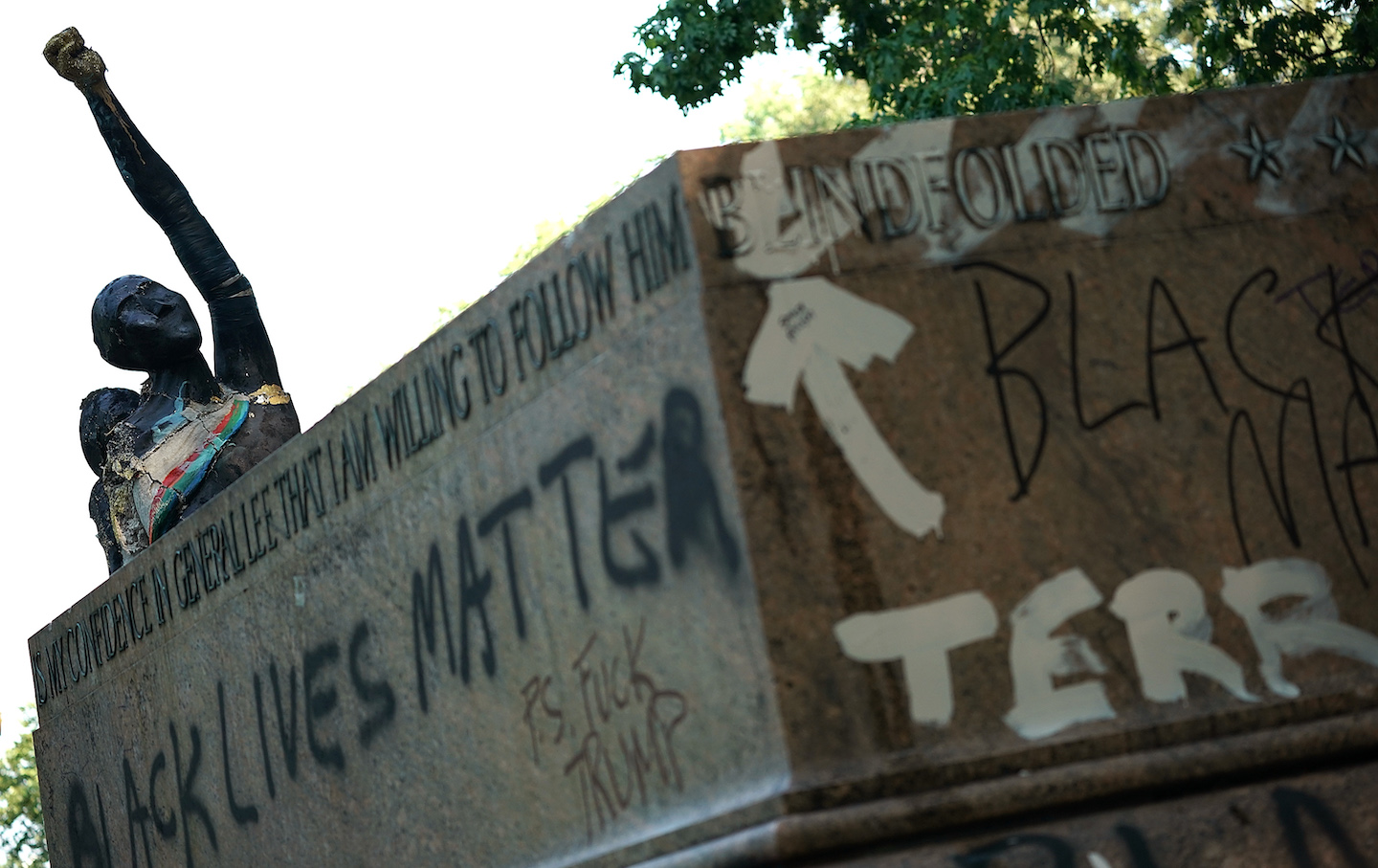 There is a rhythm to Danielle Evans’s writing that can, on the surface, betray the tensions roiling beneath the stories she tells. She writes about the haunting nature of memory, grief, and desire with a piercing subtlety that refuses any sort of cliché terms of closure. Readers familiar with Evans’s first short-story collection, Before You Suffocate Your Own Fool Self, will recognize this quality. Those stories are replete with characters searching for themselves, coming of age, and daring to make their way forward even when their pasts pose the greatest of obstacles. In the novella and six short stories contained in her new book, The Office of Historical Corrections, Evans continues to trouble what it means to turn away from or face head-on the many histories that are always shaping our lives.

The Office of Historical Corrections: A Novella and Stories

Evans’s characters inhabit a country riven by doubt: a life-altering presidential election looms; the ongoing debate about the relevance of public relics, symbols, and monuments intensifies; conflicts over race and class define lives; a reckoning over sexual assault takes center stage. This is the backdrop against which her protagonists attempt to see themselves more clearly or make themselves anew. “How did we get here?” is a question I imagined Evans’s protagonists frequently asking of themselves and of the world more broadly. Still, her stories remind us that, even when it does not seem like it, the shifts that occur right where we stand—those that are in fact closest to us—might just be of more significance.

In “Boys Go To Jupiter,” Claire, a young white college student who spends the winter break in St. Petersburg, Florida, with her dad and “almost stepmother,” provides a case study for how the book engages in conflicts both epic and intimate, examining a friendship undone by grief and a college campus upended by controversy. After a photo of Claire wearing a Confederate flag bikini goes viral, her return to college kicks off a blistering debate on the flag’s history. Claire, who grew up in Northern Virginia, with parents from New England, has never had any real connection to Confederate iconography—she wore the bikini at the behest of her winter fling—and yet she is emboldened after the president of the campus libertarians defends the photo as a symbol of her right to free expression. With one phone call to a student reporter, she becomes a cause célèbre among a certain sector of the student body, declaring, in a Southern lilt, that the flag is “her heritage.” But it is also this call that triggers a flood of memories of her two childhood friends, Angela and Aaron, and the deaths that follow her.

Years earlier, Angela, Aaron, and Claire form an idyllic trio after the two siblings move into Claire’s suburban Virginia neighborhood. Claire “discovers” her friends’ Blackness while in elementary school, but this difference lacks substantial gravitas for Claire then. Angela and Claire attend summer camp together, spend much time joking with Aaron, who is two grades ahead of them, and become bonded forever when their mothers fall ill. Claire is especially sure of this after having sex with Aaron one afternoon. “They don’t love each other that way, or pretend to, so it isn’t weird afterward, just a thing that happened because everyone is closer now.” But it is Claire’s mother who dies, not Angela and Aaron’s, and she does not know how to be friends with them without being reminded of what she has lost.

She tells Aaron this one night during her last year of high school, when they run into each other at a party. It has been months since Claire has had a conversation with either sibling, and Claire is drunk. Aaron, concerned, decides to take Claire home, but as he drives her back, he’s followed by a group of white teenagers who are upset that Claire left the party with him. They chase and harass them from their car until Aaron spins out of control. Claire wakes up with a concussion. Aaron dies. “The Post runs an article about the accident’s aftermath,” Evans writes. Aaron’s mom “will tell the reporter that a Black boy doesn’t get out of the car at night in the woods for a car full of angry white boys in Virginia. Claire’s father will read the paper and say it is not the 1950s.”

This is what Claire thinks of as she prepares for the campus town hall convened to discuss her actions. So far, college has been a place “where no one has ever met her, and anything is possible.” Yet here is her grief, present and staring her in the face, as she walks into a rotunda, prepared to defend her new conjuring of selfhood, as if to say: I am always here. Claire cannot outrun her mourning just as she cannot outrun the consequences of race.

Evans’s narrative style is one of precision, oscillating between the first- and close-third-person perspectives. Such tightness allows her to get underneath the sadness or trauma or regret or anger her characters wear. They are followed by their ghosts, and this propels them into action, for better or for worse. They are extras in music videos. They flee hometowns. They hook up with old lovers. They disrupt weddings and they search for family, all while the past continues to chase them. In “Alcatraz,” 18-year-old Cecilia wears a tattoo: The past isn’t dead. It isn’t even past. Evans, it seems, has consumed herself with this Faulknerian ethos.

In the eponymous novella, “The Office of Historical Corrections,” we meet Cassie, a field agent and historian who works for the Institute for Public History, which intervenes in matters of historical record by issuing public corrections when they are needed. Hers is a political climate inundated with a crisis of misinformation due to a polarizing presidential election. In a scenario that almost matches the mood of last year’s national flurry to embrace Juneteenth, Cassie issues an official correction to a local D.C. bakery that misidentifies the date as the anniversary of the Emancipation Proclamation.

The institute’s mission, for the most part, fuels Cassie, a former academic who has watched the D.C. of her youth fade away in the midst of ongoing gentrification. Its many guidelines and processes for corrections constitute a bureaucracy that nonetheless allows Cassie to hold onto “an urgency” for her work and a “belief that the truth was our last best hope,” even if she is one of only a handful of women of color at the institute. Still, the institute is not without its controversies or resistance, and Cassie soon becomes tasked with following through on a clarification request that contests a previous correction filed by her former colleague and childhood nemesis, Genevieve Marchand.

With this pairing, Evans navigates readers through the maze of Black upper-middle-class politics—its private schools and Jack and Jill debutante balls, and the tangles of bourgeoisie professionalism that shaped Cassie’s upbringing. Throughout their childhoods, Cassie and Genie, as she is nicknamed, perpetually hover in each other’s lives, Cassie the free-spirited foil to Genie’s prim proper conformer, despite the two women never actually liking one another or being friends in any real sense of the word. After a spell of little contact and a diminished social media presence, a newly divorced, freshly natural-haired Genie also takes on a position at the institute, two years after Cassie is hired. Now, she is Genevieve, and she’s ardent about the failings of the institute that is “tiptoeing around history.” As she disrupts, speaks out, and rejects what she considers to be liberal compromises of the truth, Cassie is left in awe of Genevieve’s reinvention and, more still, what that means for herself. “Perhaps in whatever years Genie was turning into Genevieve,” Cassie wonders, “I was supposed to have been turning into someone called Cassandra. Worse, perhaps I had already turned into Cassandra; perhaps it was Cassandra who made her white colleagues feel so comfortable that they whispered to her while waiting for the coffee to brew or microwave to ding, ‘Genevieve—she’s a lot, isn’t she.’”

She follows Genevieve’s correction to Cherry Mill, Wisconsin, a former sundown town in a rural part of the state, to issue an amendment to a plaque memorializing a Black man purported to have been killed by an angry white mob. Genevieve adds the names of the individuals who comprised the suspected mob to the memorial. But then a descendant of one of those individuals, hoping to make restitution with the victim’s family, alleges that the victim, Josiah Wynslow, never actually died in the fire. It is here where Cassie and Genevieve reconnect, both intent on telling the “real” story, both reckoning with their entangled pasts in a town whose future will be altered by the revelations sparked from this clarification request.

This collection is full of characters who attempt to escape, confront, or try their best to wade through circumstances that have quietly upended their lives, and Evans painstakingly outlines their aches. There are truths and there are the truths we tell ourselves, and the space between those two poles can be wide. There is a frailty to resolution that rejects prescription or guarantee. Tending to this fragility is part of Evans’s mastery, and it just might be the way to traverse the gap.