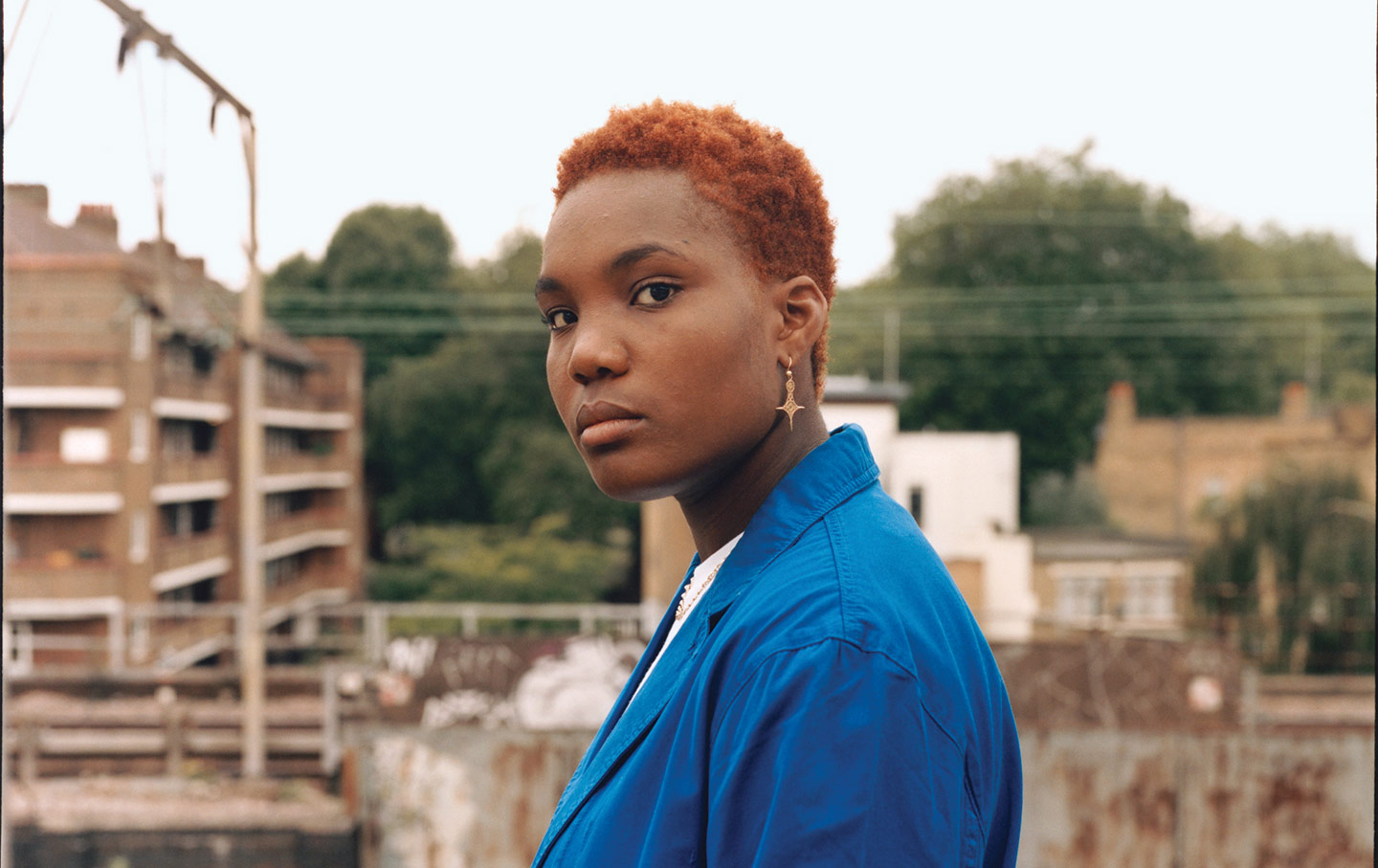 Arlo Parks’s lyrics achieve what so many earnest, self-conscious adolescents aim for when they scribble solemnly in a journal, hoping to arrive at profundity by documenting the familiar confusions of youth. But while some teen diaries are heavy with self-indulgent melodrama, Parks is a quiet writer, and her observations tend to be plainspoken and disarming. “Let’s go to the corner store and buy some fruit,” she sings on “Black Dog.”

The song, from her debut album Collapsed in Sunbeams, is a sincere message to a friend battling depression. “I would do anything to get you out your room / Just take your medicine and eat some food.” Her work has a private tenderness to it, as if it weren’t meant for our ears.

Except, of course, it was. For the last two years, fans have flocked to hear the 20-year-old singer’s understated vulnerability. Parks, the daughter of Nigerian and Chadian French parents, began writing poetry as an adolescent in London. Eventually, she composed music to accompany her verses. When she was 17, she collaborated with the producer Gianluca Buccellati to create the 2018 song “Cola,” which became her breakthrough single and garnered her a star-studded fan base: Billie Eilish name-dropped her in a Vanity Fair video; Michelle Obama included her on a summer Spotify playlist.

Billboard and The Guardian singled Parks out as “one to watch,” and Collapsed in Sunbeams, released in January, was touted as one of 2021’s most anticipated projects. On the surface, that may seem a surprising choice given the maximalist disco sounds of 2020 pop music, but the album’s popularity makes sense given how Parks’s consoling messages seem almost tailor-made for this past year of isolation. She explores mental health, queerness, and loneliness, and while she may still be in quest of an exact sound, she emerges on this album as a distinct songwriter with the rare ability to reach out to people trapped in a tough time.

Parks recorded much of the album during the pandemic, and there’s a pointed resonance to its songs, which confront the bleakness and alienation consonant with entering adulthood. Still, her music never comes across as downbeat, exactly; instead, she filters everything through a sense of warmth and affirmation. Pairing her narratives with a velvety voice slightly reminiscent of singer-songwriters like Corinne Bailey Rae and Lianne La Havas, she presents her singing unadorned, without flourishes or effects, keeping her tone conversational in a way that tempers the emotional lines and keeps them from becoming mawkish. Collapsed in Sunbeams starts with a spoken-word piece of the same name and then transitions into “Hurt,” a bouncy yet even-keeled song meant to uplift anyone going through inner turmoil. The message, she told Apple Music, was inspired by the Audre Lorde observation that “pain will either change or end.” Parks paints a picture of a man’s despair, singing, “Charlie drank it ‘til his eyes burned / Then forgot to eat his lunch / Pain was built into his body / Heart so soft it hurt to beat,” before offering support to the Charlies of the world in the chorus: “I know you can’t let go / Of anything at the moment / Just know it won’t hurt so / Won’t hurt so much forever.”

The album’s tempo is meant to soothe as it weaves in strains of jazz and R&B without shifting the mood. These sonic choices help build cohesiveness; each song fits neatly into the next like a series of nesting dolls, and the measured production, helmed by Parks and Buccellati, avoids gimmicks. The downside to such calculated consistency is that it can feel limiting in terms of how much versatility Parks is able to display across the record. That’s a shame, because in interviews her references run from Portishead to MF Doom to TLC, and one wonders what would happen if she broke out of a handful of easy-listening patterns into something more experimental. “For Violet,” with its throbbing bass line, is a wrenching song on its own, but it can get lost alongside the moody synths of “Bluish.” Parks does break out of the sameness in subtle ways, as with the mild rap verse on “Portra 400,” but the variations are so refined that they almost go unnoticed.

Collapsed in Sunbeams is best when one fully dives into Parks’s lyricism, which might test the patience and attention span of the casual listener. Still, a few of the lyrics stand out and paint striking scenes, even when the record is playing idly in the background. Some of her writing can resemble the Gen Z angst and guileless honesty of recent artists like Clairo and Phoebe Bridgers, although Parks’s style is a bit more self-consciously literary. She scours everyday occurrences and objects and enlivens them with a sudden, vividly placed detail. On “Caroline,” she notices the “strawberry cheeks flushed with defeated rage” of a couple fighting on the street; she dreams of a kiss “and it was all amethyst” on “Eugene.” She’s at her most affecting when she taps into her own raw emotions and deeply personal experiences. “Eugene,” which she wrote about her developing feelings for a close girlfriend she’d known since she was 13, finds Parks watching enviously as her friend’s boyfriend enters the picture. “Seeing you with him burns / I feel it deep in my throat / You put your hands in his shirt / You play him records I showed you / Read him Sylvia Plath / I thought that that was our thing.”

There are a few moments when the album becomes a touch too twee and confessional. The chorus of “Hope” doesn’t shy away from the kind of heavy-handedness you might find on a self-help flyer: “You’re not alone / Like you think you are,” she repeats. Yet in a period of so much agitation, panic, and uncertainty, there’s catharsis in hearing Park’s gentle reassurances. Her relaxed empathy is inviting, like a hug even a curmudgeon secretly leans in to take.