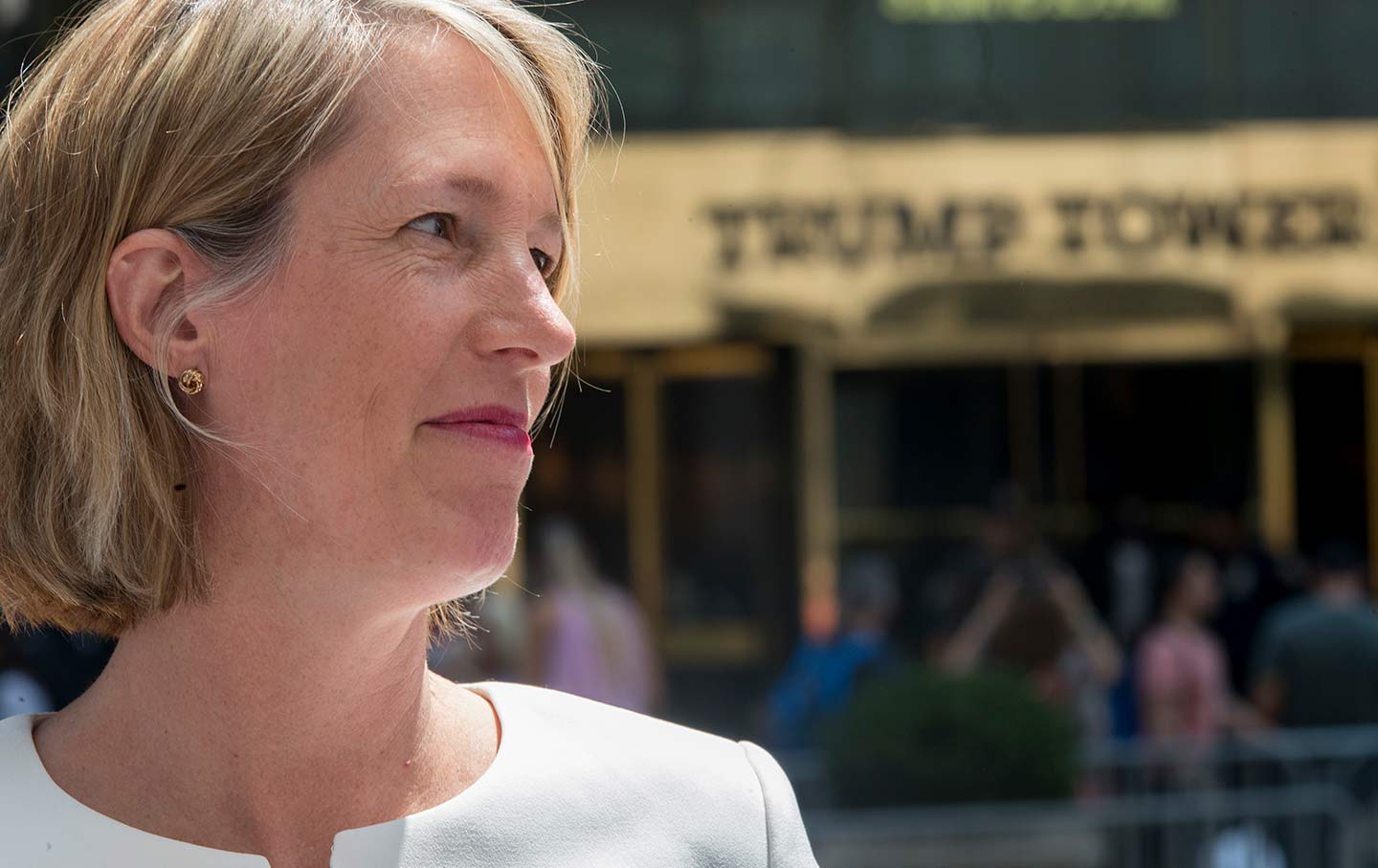 No single election result could send a greater chill up the spine of Donald Trump than the nomination of Zephyr Teachout for New York attorney general in Thursday’s Democratic primary. If Teachout is nominated this week, she will be elected in November and move swiftly to do what Congress has refused to do, and what special counsel Robert Mueller has so far been too slow to do: Hold a dangerous president to account.

“The New York Attorney General has a unique role to play as the single most important law enforcement agency with the power to force the Trump administration, and the Trump Organization and Trump Foundation, to follow the rule of law,” says Teachout, who just days after Trump took office was part of a team of top lawyers that sued Trump for his violations of the Emoluments Clause of the US Constitution. As attorney general, Teachout says, “I will be relentless, independent, ethical and swift, acting without fear or favor. I believe that we in New York can and must do more, because Trump’s businesses are here, giving us jurisdiction to investigate, restrain, and where necessary dissolve corporations founded on fraud.” And she promises that “I will be fully ready to prosecute any associate of Trump who is pardoned in a self-serving pardon under state law.”

The Nation endorsed Teachout when she launched her campaign for attorney general because it was clear that she alone, among a field of impressive Democratic contenders, had the combination of skills and courage to utilize the full authority of the office—authority that includes the power to check and balance corrupt officials at every level of government. The prospect that this power might be wielded by Teachout, a former national director of the Sunlight Foundation and current Fordham Law School professor who literally wrote the book on corruption (Corruption in America: From Benjamin Franklin’s Snuff Box to Citizens United), frightens Republicans and Democrats—including Governor Andrew Cuomo and the Albany politicians who have colluded with him over the past eight years. 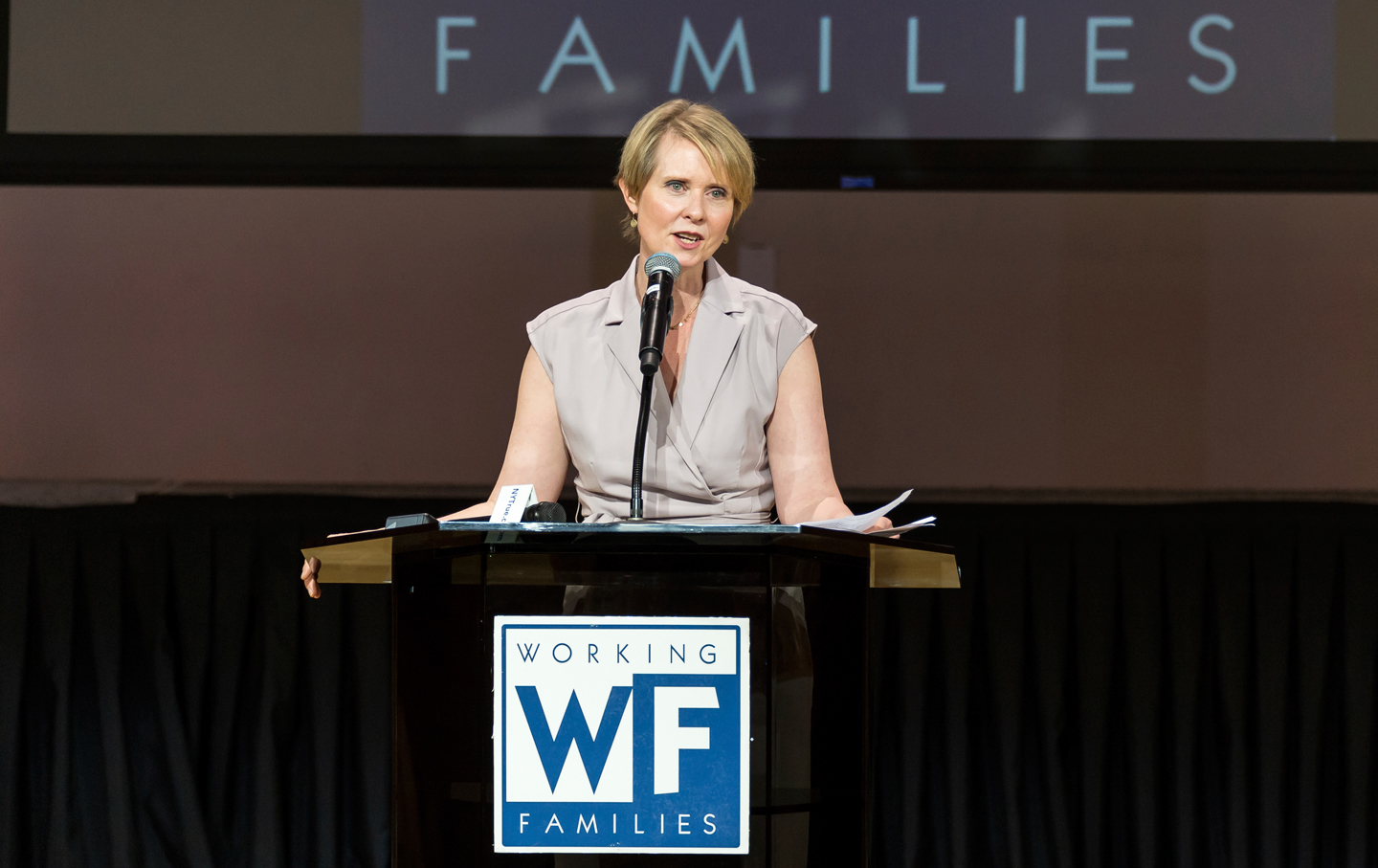 Good. New York needs an independent law-enforcement leader who will go after monopolistic corporations, fraudulent financiers, a prison-industrial complex that has stymied criminal-justice reform, and the politicians who have bartered off the promise of a great state and a great nation in the service of campaign donors.

Frustration with Cuomo’s steady service to special interests, and his steady neglect of education and transportation needs, has inspired a spirited primary challenge to the governor by Cynthia Nixon, the actress and education activist whose bid has focused on the future by proposing single-payer health care, free college, legalization of marijuana, a “Green New Deal” to address climate change and democracy-fostering campaign-finance reforms. With lieutenant governor candidate Jumaane Williams, Nixon is endorsed by The Nation, as well as the Working Families Party, Our Revolution, and the New York City chapter of Democratic Socialists of America. We have faith that if they were elected, along with Teachout, this new generation of leaders would work to deliver on the promise of the Williams campaign to “turn New York into a progressive beacon for the rest of the nation.” It is a faith that is strengthened by the hope that progressive state legislative candidates, like State Senate contender Alessandra Biaggi, who is mounting a spirited challenge to a Bronx-based incumbent who has been part of the so-called “Independent Democratic Conference” that is aligned with conservative Republicans,

Teachout, Nixon, Williams, and reformers like Biaggi represent the fresh progressive politics that are transforming the Democratic Party in New York and nationally. This transformation has rocked the 2018 primary season, with the nominations of young challengers such as Alexandria Ocasio-Cortez in New York and Ayanna Pressley in Massachusetts, as well as gubernatorial candidates such as Andrew Gillum in Florida, Ben Jealous in Maryland, and Stacey Abrams in Georgia. Now the question is whether the last round of primaries in New York will shake up the politics of a state that has historically set so much of the political agenda for the country.

Teachout has collected key endorsements—from progressive groups, as well as The New York Times and the New York Daily News—and appears to be in a race she can win. But she faces well-funded rivals and the power of the Cuomo organization. Nixon trails Cuomo in the polls, but she is right to note that Ocasio-Cortez was down in pre-primary polls by 36 percent and won by 15 percent, that Gillum was polling at 16 percent and won with 34 percent, that Pressley was down by 13 percent and won by 18 percent. And she is right to say: “It’s our turn.” 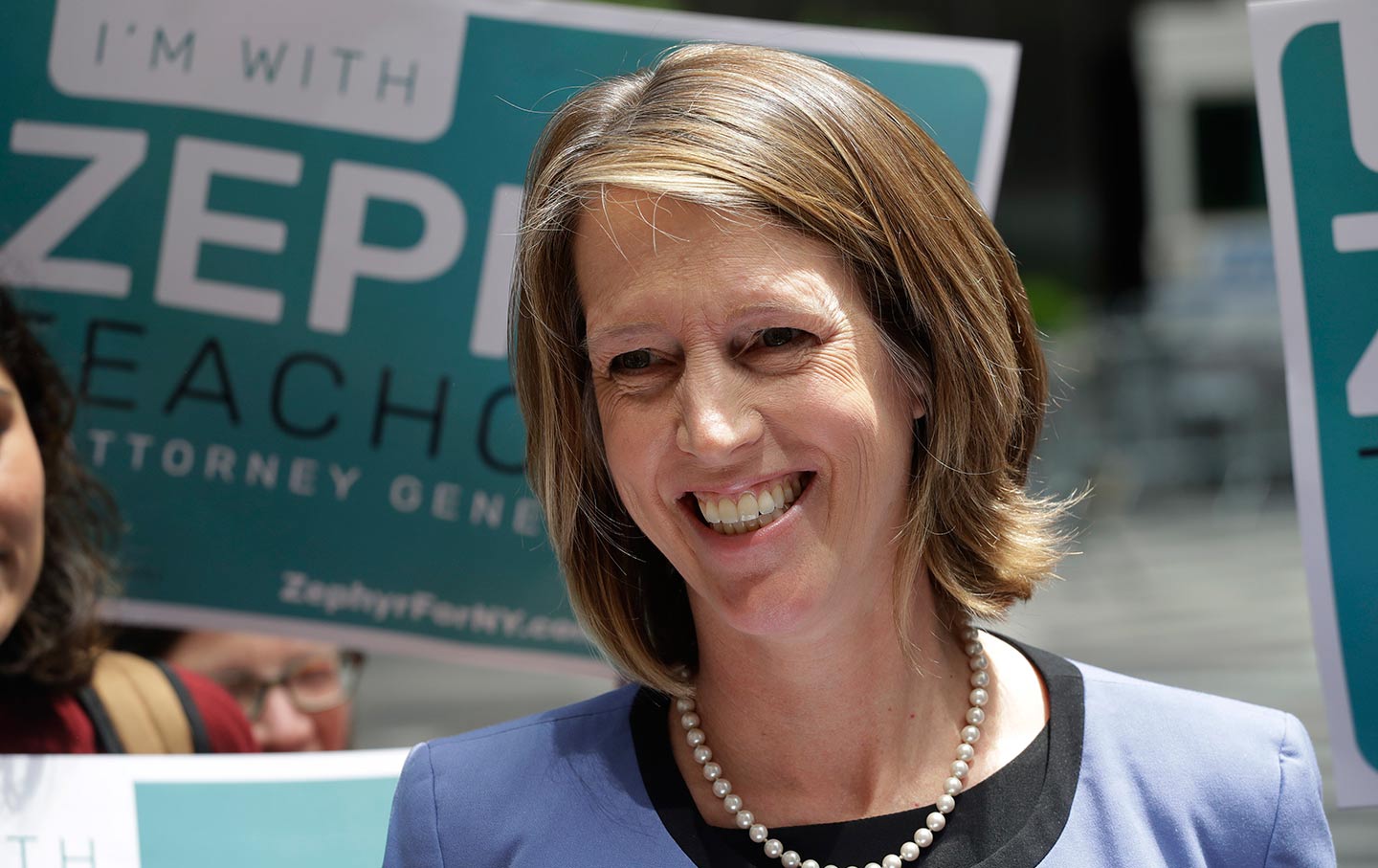 Yes, Nixon, Williams, and Teachout and the progressive reformers who are bidding in New York State Senate races face uphill fights. It is likely that some of them will win and some of them will lose. But every win on Thursday moves the Democratic Party in New York and nationally toward that transformation that is so very necessary—not merely for the party but for the politics and the governance that extends from the embrace of an anti-corruption agenda. We know that transformational moments do not come easily. But as an immigrant who ultimately settled in New York, a fellow named Tom Paine, wrote more than two centuries ago, “the harder the conflict, the more glorious the triumph.” And what a triumph it would be if a new wave of progressives swept into the leadership of the New York Democratic Party on Thursday, swept to victory in November, and shouted the four words that would truly terrify Donald Trump: “Attorney General Zephyr Teachout!”