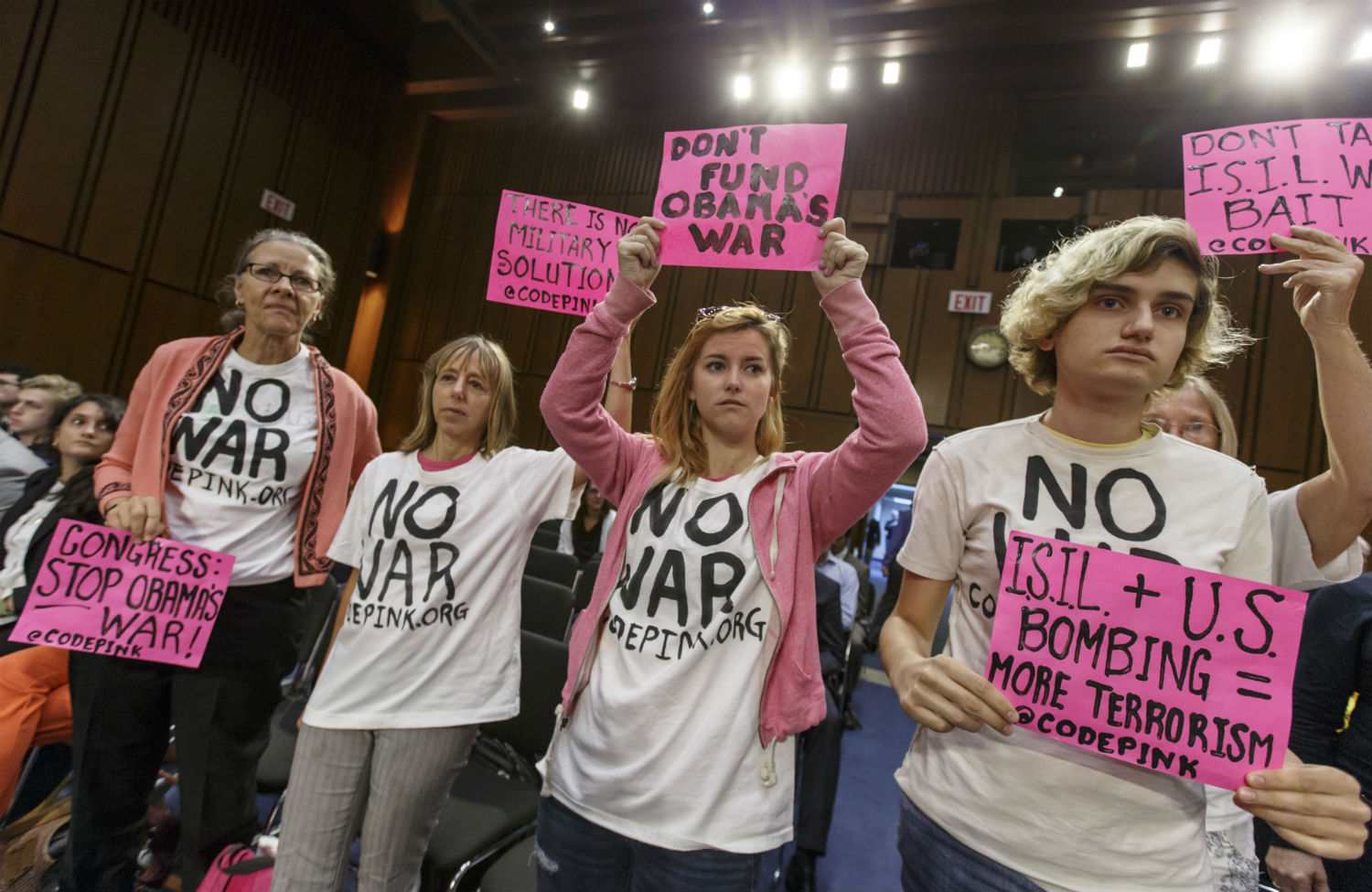 If you were watching CNN or MSNBC coverage of the Senate ISIS hearing this morning, you probably caught a CodePink protester interrupting the beginning of Defense secretary Chuck Hagel’s testimony. She shouted, politely enough, “No more war,” “War is not the solution,” and so on. Armed Service Committee chair Senator Carl Levin repeatedly asked her leave—telling her, oddly, “You’re acting very warlike yourself.” She did leave, as other Coders waited to protest later and Hagel resumed his testimony. The hearing promised to cover (and did) some pretty urgent, consequential stuff, including putting US troops on the ground in Iraq and arming Syrian rebels.

Meanwhile, over at Fox, they were covering… Benghazi.

It’s as if Fox were staging a caricature of itself. But there was National Review’s Rich Lowry and nominal Democrat, pollster Doug Schoen fuming over the latest Benghazi “scandal” with Fox News’s Martha MacCallum. When her show finally cut to the ISIS hearing, it did so at first with ragin’ John Bolton on a split screen.

It’s a caricature, but not a surprise. Media Matters released a study today showing that Fox ran nearly 1,100 segments in the first twenty months following the Benghazi attack.

Those are big, obsessive numbers—and they include only five Fox News afternoon and primetime programs, none of the morning shows, like MacCallum’s—but expect them to soar still higher when the House select committee hearings on Benghazi begin tomorrow.