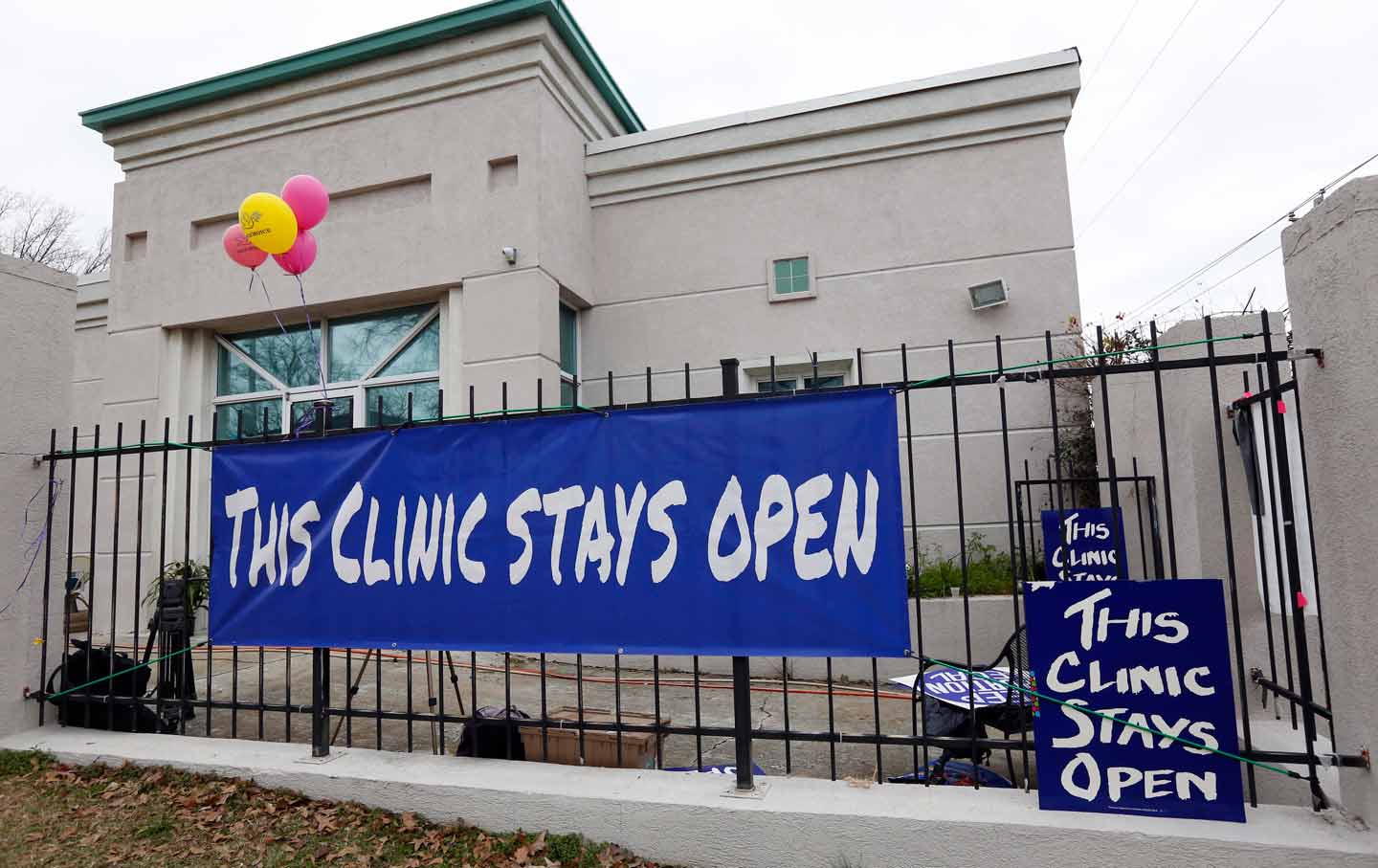 Are you feeling the holiday spirit? Me neither. But don’t drown yourself in that bowl of eggnog until you’ve made your end-of-year donations. This column has always focused on introducing readers to lesser-known humanitarian and political organizations, but this year, don’t forget the big war horses. Planned Parenthood will need a ton of money to keep providing reproductive-health care to the low-income women it serves if Congress defunds it. The  ACLU and its state affiliates will be crucial in resisting the Republican agenda. Doctors Without Borders, Partners In Health, the International Rescue Committee—as US dollars for international health and refugee crises dry up, these major NGOs will be shouldering even greater burdens. And here’s a tip: Please consider signing up some of your favorite organizations for an automatic monthly credit-card donation—you won’t feel the bite as much, and steady donations help groups plan better than the same amount once a year. But in addition to the big names, keep in mind these smaller shops, who do so much good in such tough circumstances.1

1. Restaurant Opportunities Centers United. Founded to help displaced restaurant workers after 9/11, ROC United has grown into a powerful advocate for better wages and working conditions for the 12 million people in the industry. Boasting an impressive 18,000 members in 15 states, it’s won major settlements for wage theft, a constant problem. Its current campaign seeks to abolish the subminimum wage for tipped workers—which not only increases the gender gap in pay, since the majority of restaurant workers are women, but promotes sexual harassment—and replace it with one fair wage. rocunited.org/donate2

With Trump’s election, federal social spending will dry up— and then these organizations will really need your support.

2. Village Health Works. Founded in 2005 by Deogratias Niyizonkiza, a Burundian medical student who fled to the United States during his country’s civil war, this hospital and center of music, art, education, food security, and economic development brings hope to Burundi, one of the world’s poorest nations. Writes Stephanie Engel, a psychiatrist who frequently works there, “I can attest to both the remarkable holistic care for patients and for the community at large and to the fact that donated funds go directly to providing much-needed medical treatment for some of the poorest, hungriest, and most traumatized people on earth.” villagehealthworks.org3

3. Afghan Women’s Fund. No longer in the headlines, Afghan women still need vast amounts of support to win their human rights in an increasingly dangerous country. Led by Afghan expatriate Fahima Vorgetts, this volunteer organization builds and maintains girls’ schools, clinics, income-generating projects, literacy classes for adults, and much more. Billions have been wasted in Afghanistan: Your gift to the AWF won’t be. (Full disclosure: I’m on the board.) afghanwomensfund.org/donate4

4. Chicago Community Bond Fund. Lack of money to pay bail bonds keeps poor people in jail, unable to work, care for their families, or fight their cases. It’s unjust and, in practice, racist. CCBF pays bond for people charged with crimes in Cook County. It’s a revolving fund: When the bond is returned after trial, the money goes back into the pot to help someone else. That means your donation is truly a gift that keeps on giving. chicagobond.org5

5. Mississippi Reproductive Freedom Fund. There’s only one abortion clinic left in Mississippi, serving women who are largely low- income, must travel long distances to get there, and who navigate a thicket of restrictions. The MRFF, a volunteer group of mostly working-class women of color, helps pay for their care  and provides support. msreprofreedomfund.org6

6. Secular Rescue. As you may have read, secular writers, bloggers, and activists in Bangladesh are being targeted by militant Islamists. In the last few years, at least six have been murdered. The Center for Inquiry, a premier secular organization, has launched this fund to help threatened individuals and families in Bangladesh and around the world escape and settle elsewhere, temporarily or permanently. secure.centerforinquiry.net/ secular-rescue7

7. Friends of Pine Ridge Reservation. This group helps schools, libraries, and social-service organizations on the Pine Ridge Reservation in South Dakota, one of the poorest places in the country. (I’ve been a member of FoPRR for years.) Whether it’s books for a classroom, baby gear for new mothers, rolling backpacks and flash drives for nursing students, or furniture for a safe house for kids at risk of abuse, FoPRR members try to do for Pine Ridge what PTAs, churches, and other civic groups do in wealthier communities. friendsofpineridgereservation.org8

8. The Syrian American Medical Society Foundation. SAMS gives medical aid to Syrians without regard to politics. It supports hospitals and clinics and trains medical professionals all over the country, including in Aleppo, and cares for hundreds of thousands of Syrian refugees. If you’ve been following the Syrian crisis, you know how desperate the situation is. A donation to SAMS can save a life. That’s a lot. foundation.sams-usa.net9

9. Lambi Fund of Haiti. Lambi Fund, a grassroots organization focused on Haiti’s poor, works with them to build self-sufficiency, especially for women, and sustainable farming practices. In the wake of Hurricane Matthew, which devastated the island in October, reforestation and replanting are crucial. lambifund.org10

10. The Nation. We scrimp and save, but it costs a lot of money to keep our 151-year-old flag flying. The only way to fight fake news is to support real news—and journalism is in a tough spot these days. If you’re reading this, you surely value what we do… don’t you? So fight Trump with a generous donation to our magazine (TheNation.com/donate) and to the Nation Institute’s Investigative Fund. (nationinstitute.org/donate).11