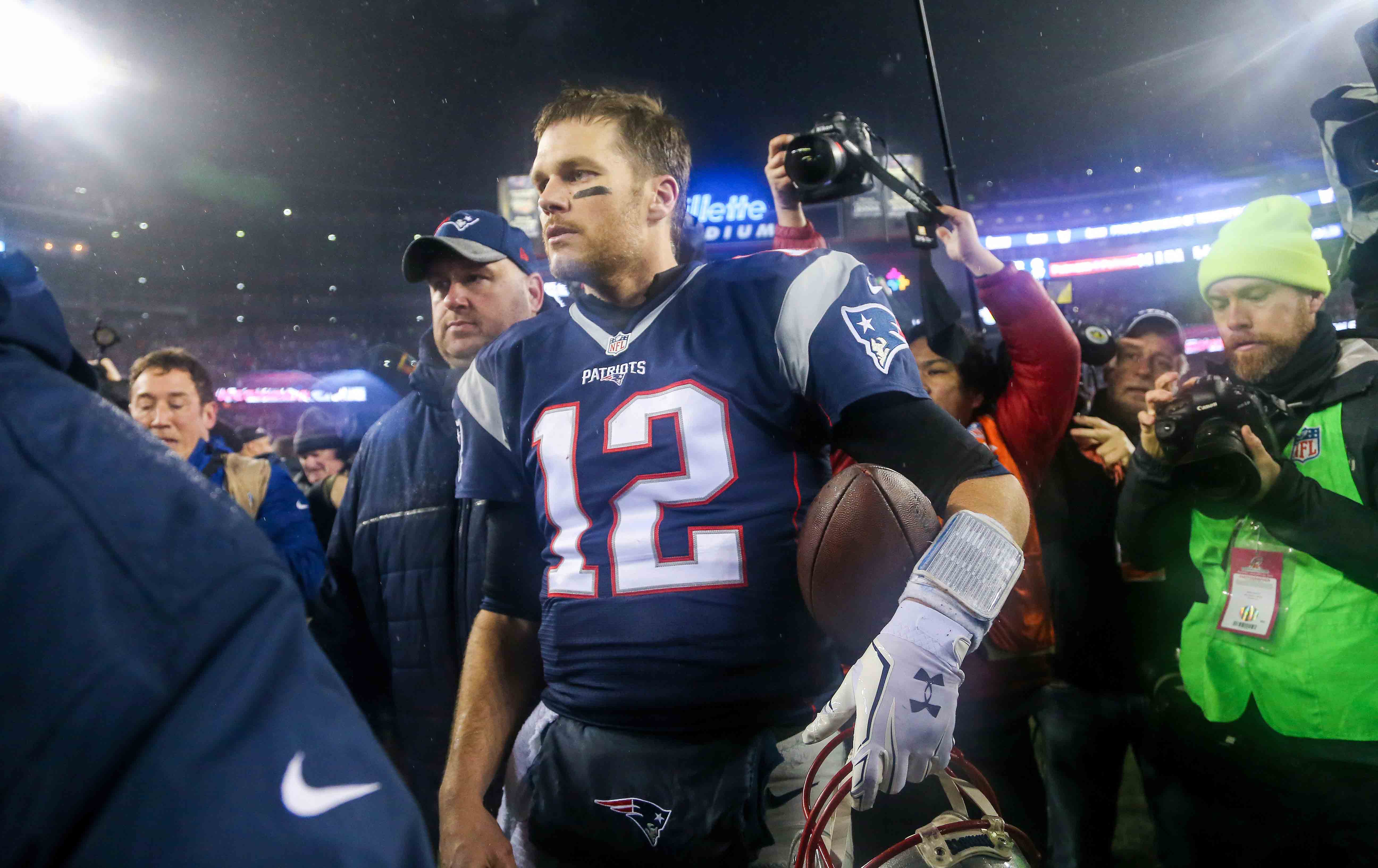 Tom Brady, the breathlessly confident, all-world New England Patriots quarterback was speaking in an unfamiliar tone on WEEI Radio last Monday. He was whining. Fresh off another stellar AFC Championship performance and headed to his record seventh Super Bowl, the great Brady was flummoxed by the idea that some in the media have been pressing him over his very public friendship with Donald Trump. He said:

“Why does that make such a big deal? I don’t understand that…. I don’t wanna get into it, but, just—if you know someone, it doesn’t mean that you agree with everything that they say or do. Right? There’s things I don’t believe [in], absolutely. I don’t believe in, you know, there’s a lot of things. Not to denounce anything, it’s just that there’s different things that I feel like, you know… I don’t agree with everything. That’s fine, right?”

Tom Brady does not understand. If the insistence of his wife, Gisele Bundchen, that she would never vote for Trump has not gotten through to him, if the hashtag #notmyfootballteam—in reference to the close ties among Patriots owner Bob Kraft, head coach Bill Belichick, Brady, and Trump—confuses him, then maybe we should try to make it plain.

Why is this mutual man-crush an issue? First and foremost, Trump used his friendship with Tom Brady and Bill Belichick in the final days before the election, publicly touting their “endorsements.” He even read a letter from Belichick at a closing-night campaign rally in New Hampshire. Whether or not Donald Trump had permission to do these things—I have it on good authority that he did not—doesn’t change the fact that Brady and Belichick were not bystanders to this election but actors within it.

That has not changed. At a pre-inauguration dinner, after thanking his family, Trump turned to Bob Kraft and said, “Your friend Tom just called, he feels good. He called to congratulate us, he feels good.” On Monday, there was Trump flack Kellyanne Conway on Fox & Friends saying, “President Trump is just so grateful that friends like Tom Brady are loyal and can ignore the shrapnel.” She also thanked Kraft, someone who also knows something about getting played by Vladimir Putin.

Trump uses these relationships as a tool of legitimization. Other celebrities Trump has spent a lifetime stalking have turned their backs on him. Prominent athletes and coaches are treating him like a punchline. But Trump still has Tom Brady in his back pocket, and he will use that in the days ahead.

Meanwhile, Tom Brady owes his fame and fortune to the NFL, a $13 billion-a-year business built on a foundation of black labor. Seventy percent of the league is African American. On the Patriots, that number is 67 percent. That reality coexists with the stubborn fact that Donald Trump is a racist. This is not an opinion or “alternative fact.” This is reality. When you promote a Muslim ban, refer to Mexicans as “rapists,” were sued for housing discrimination, call for a group of black teenagers to be imprisoned for rape even after they are exonerated by DNA evidence, and Nazis celebrate your election, there is no question that you’re a racist. But Tom Brady doesn’t seem to care.

Maybe he could speak to teammates Martellus Bennett and Devin McCourty, who raised their fists during the anthem this year as a statement for racial justice. Maybe he could speak to his white teammate Chris Long, who said in September, “I play in a league that’s 70 percent black and my peers, guys I come to work with, guys I respect who are very socially aware and are intellectual guys, if they identify something that they think is worth putting their reputations on the line, creating controversy, I’m going to listen to those guys.” Maybe Tom Brady could do some listening as well.

Then there is the fact that, according to a study, women make up 45 percent of the NFL fan base. Maybe Tom missed it while sleeping in his hyperbaric chamber in his newly produced high-tech pajamas with “bioceramic particles woven in to reflect back to the body infrared waves” (just $99.99!), but on Saturday millions of women across the country rose up against this president. In the Patriots’ hometown of Boston, they had their third mass demonstration of thousands against Trump in the last seven days. One of the great motivators of this resistance is Trump’s commitment to roll back women’s reproductive rights and his reputation as a sexual predator.

If Tom Brady wants to count this guy as a friend, that’s his business. If Tom Brady thinks that he is exempt from criticism for doing so, he is wrong. The most successful quarterback in the NFL is being willingly used as a way to deodorize an agenda animated by division and hatred. If Tom Brady doesn’t think that matters to people, then he needs to get a clue.