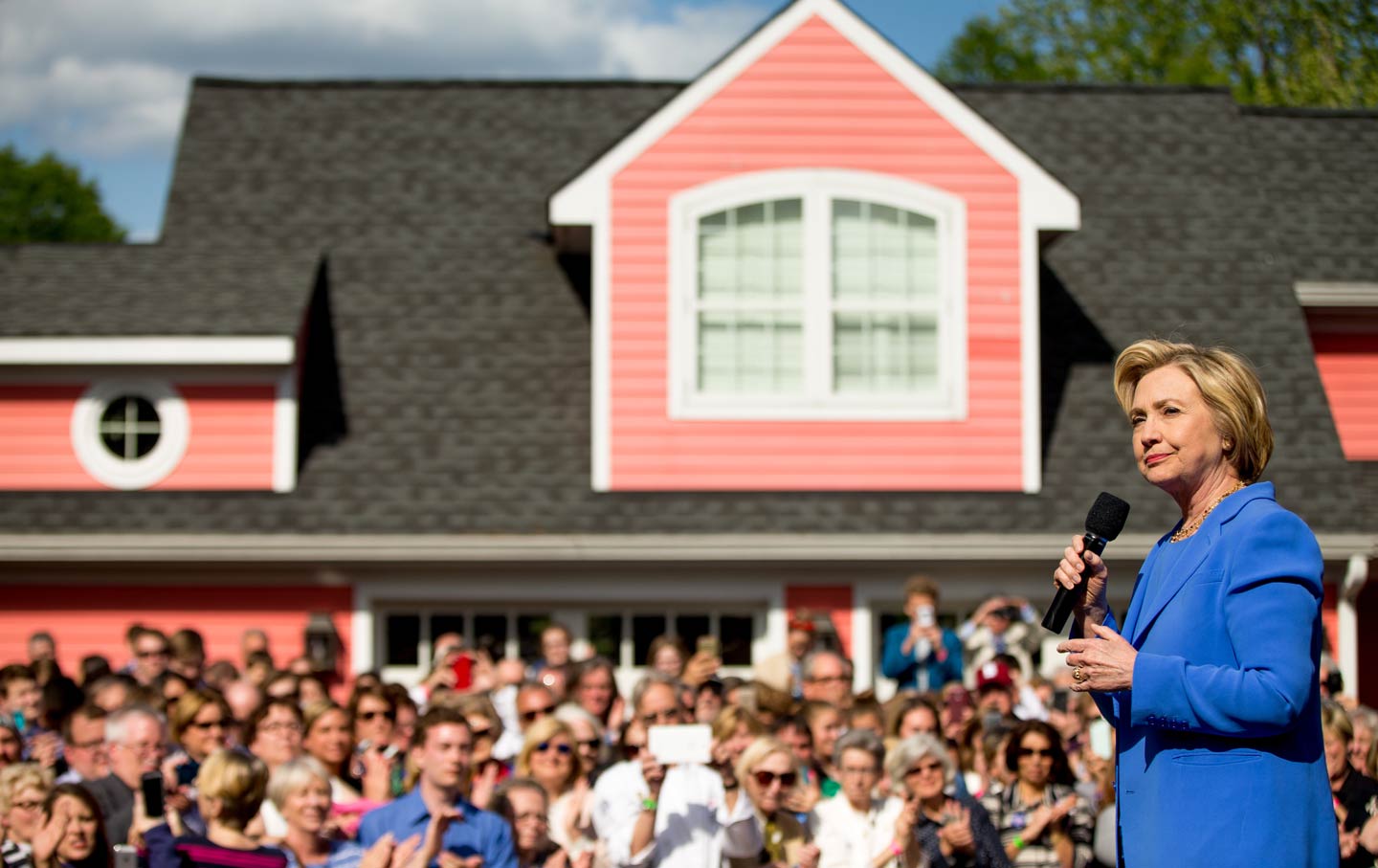 The critical decision for the Working Families Party during the 2016 presidential election cycle was to endorse Vermont Senator Bernie Sanders for the Democratic nomination. As a progressive political organization that works to move the politics of the Democratic Party and the nation to the left, the WFP recognized last fall that it needed to be on board with the progressive-populist bid that Sanders was mounting. And Sanders needed the WFP. During the primary and caucus season, and at the Democratic National Convention in Philadelphia, WFP activists were among the savviest Sanders strategists and supporters.

The Sanders campaign succeeded in moving the Democratic Party to the left—pressuring front-runner Hillary Clinton to adopt more progressive stances on issues ranging from trade policy, to living wages to tuition-free higher education; and playing a critical role in drafting a significantly more progressive platform than the party ran on in 2012. Those shifts helped to clear the way for the WFP to make a second critical decision that extends from the first. The party this week endorsed Clinton, giving the Democratic nominee a second ballot line in several states (most notably New York, where President Obama won 141,056 votes on the WFP line in 2012). The endorsement also provides Clinton with an opening to develop stronger grassroots networks in nine states (including potential presidential battlegrounds such as Nevada, Pennsylvania, and Wisconsin) and the District of Columbia, where the WFP has built political operations.

The WFP endorsement was made with eyes wide open, as party leaders acknowledged that Clinton was not their first choice.

“WFP was an early, enthusiastic supporter of Senator Bernie Sanders’ campaign. He demonstrated the deep hunger of millions of Americans for a ‘political revolution’—a radical restoration of democracy and participation, an end to the oligarchic power of a wealthy elite, and a new era of economic, racial and climate justice,” explained WFP national director Dan Cantor. “But elections are about choices. And when we wake up on November 9th, either Hillary Clinton or Donald Trump will have been elected President. We choose Secretary Clinton, as Bernie did. We make this announcement knowing we’ll need to work to hold her accountable to her campaign’s promises. But we need to elect her first.”

"Either Hillary Clinton or Donald Trump will (be) elected President. We choose Secretary Clinton, as Bernie did."

Clinton, who was elected to the US Senate from New York with WFP support, celebrated the presidential endorsement.

“Working families are the engine behind our economy, the heart of our democracy, and the core of what makes America great. But today, it’s too hard for working people to get ahead and stay ahead,” said the nominee. “That’s why the Working Families Party is so important. For almost two decades, they have fought to make our economy fairer and our country stronger. They’ve fought to raise the minimum wage in states and cities across the country; combat climate change and create new, good-paying jobs in clean energy and energy efficiency; and train and elect trailblazing progressive leaders.”

In accepting the WFP endorsement, Clinton embraced key elements of the group’s agenda, declaring, “As President, I’ll stand with working families like I have my entire career. We’ll build an economy that works for everyone, not just those at the top, and finally make the minimum wage a living wage. We’ll overturn Citizens United and protect every American’s right to vote, not every corporation’s right to buy elections. We’ll end the era of mass incarceration and replace the school-to-prison pipeline with a cradle-to-college and career pipeline. We’ll make sure every American can afford a college education and tackle our country’s student debt crisis. And we’ll finally enact policies that support how families actually live and work today—with paid family leave, affordable childcare, and equal pay for women.”

The WFP conducted a national membership vote on the question of endorsing in the fall presidential race, and 68.2 percent of the participants voted to endorse former secretary Clinton. The WFP’s national board, which includes representatives from each of the party’s state organizations around the country, also voted to back the Democratic nominee.

Cantor was frank in discussing the fact that a minority of WFP members opposed the decision to back Clinton. “There were two arguments that we heard most frequently,” he explained. “Some argued we should focus on electing down-ballot progressives; others said WFP should remain ‘outside’ in order to continue pressuring her, without endorsing,” he explained. “Both are important points, and in large measure are part of what we intend to do in the years ahead.”

To that end, Cantor said, the WFP has developed a four-part plan for the election season and its aftermath:

1. Defeat Trump and Elect Clinton. This means working to mobilize every voter to come to the polls in sufficient numbers to elect Clinton, especially in hotly-contested states. We will not give up on working class white voters who are being played for fools by Trump.

2. Elect the best down-ballot progressives. No President alone can win the change we need. That’s why we are backing candidates for Congress who will be leaders in the fight for Bernie’s agenda, like (New York congressional candidate) Zephyr Teachout and (Florida congressional candidate) Tim Canova. And it’s not just Congress—just as important are State Houses. Just last week, WFP candidate Josh Elliott, a Bernie-backer in Connecticut, won the Democratic primary for a State House seat formerly held by the moderate Speaker.

3. Hold Secretary Clinton accountable to the promises she made in 2016 by continuing to organize in 2017. We cannot rely on any single candidate to deliver the change we seek, but we can build the power that turns promises into policy. Together with allies, we aim to build a powerful coalition that can keep the pressure high on our progressive priorities. (In the short term, we will mobilize to make sure Secretary Clinton continues to oppose the TPP and stop that bad trade deal in its tracks this year.)

All the parts of the WFP’s plan are important. But the accountability language is vital. This is about more than Hillary Clinton and the 2016 election. It’s about understanding the lessons of history that extend beyond any candidate and any election.

“The truth is, if she becomes President Clinton, she will only be as good as we—social movements, unions, progressive activists and organizations—make her,” says Cantor. “History is clear on this. LBJ’s achievements on civil rights and the safety net expansion were unimaginable without the civil rights movement; FDR’s New Deal would have been impossible without the mobilization of millions of unemployed and industrial workers. It’s up to us to set the stage for the future we want to see.”