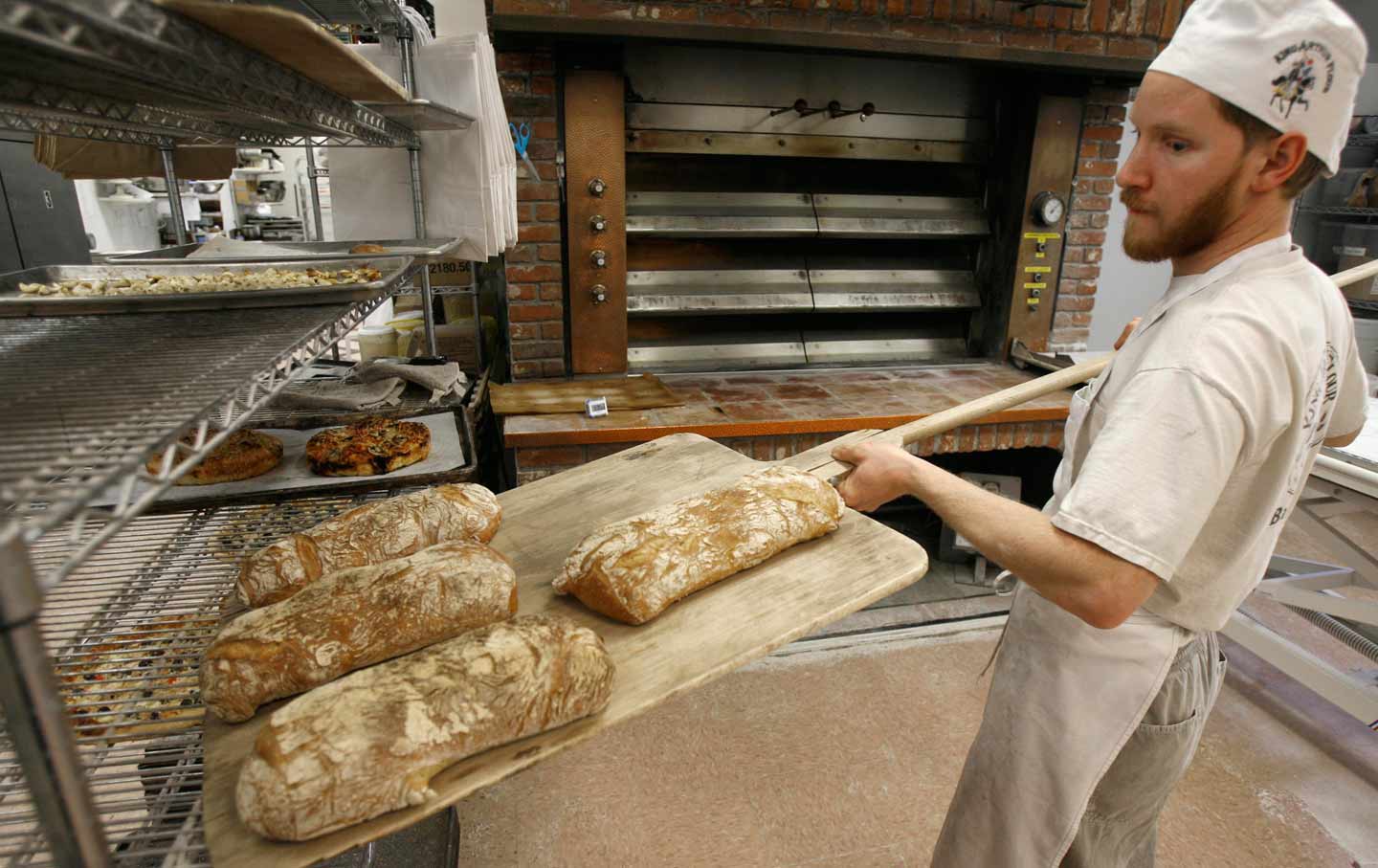 Imagine an economy without bosses. It’s not a utopian vision but a growing daily reality for many enterprises. A close analysis of the performance of worker-owned cooperative firms—companies in which workers share in management and ownership—shows that, compared to standard top-down firms, co-ops can be a viable, even superior way of doing business.

Under worker-run management structures, co-ops might avoid the usual friction between bosses giving orders from above, and staff misunderstanding or disputing decisions or resisting unfair work burdens from below. Fusing the workforce and management streamlines operations and saves energy otherwise sunk into training and monitoring the workforce.

Perotin highlights research on French cooperatives showing that “in several industries conventional firms would produce more with their current levels of employment and capital if they adopted the employee-owned firms’ way of organizing.”

Contrary to stereotype, the European co-op sector is generally as diverse as any other type of ownership structure, including full-scale factories. Though co-op conversion is often seen as a way to rescue “failing” firms, Perotin’s research reveals that in France from 1997 to 2001 more than eight in 10 worker co-ops starting up during this period were established “from scratch,” not derived from ownership transfers in failing companies (compared to new business formations overall, co-ops had a larger portion of brand-new startups).

By prioritizing worker autonomy, co-ops provide more sustainable long-term employment, but not only because worker-owners seek to protect their own livelihoods. If a company runs into economic distress, Perotin says, co-ops are generally more adept at preserving jobs while planning longer-term adjustments to the firm’s operations, such as slowing down expansion to maintain current assets—whereas traditional corporations may pay less attention to strategic planning and simply shed jobs to tighten budgets.

While co-ops vary in form, the underlying philosophy, particularly in Europe, is the co-op as both democratic enterprise and public trust. Often worker-owned firms are mandated—either by law or corporate bylaws—to reserve a portion of assets for longer-term preservation of the integrity of the co-op model. Even if the owners close or leave the business, these indivisible assets are recycled back into future co-op generations or co-op support organizations. The practice seems less common among American co-ops, but in European co-op culture, Perotin observes, “we set up a collective good, we set up an institution for future generations.”

There are far fewer co-0ps in the United States than in the established French and Spanish co-op sectors, with only an estimated 300 to 400 US worker cooperatives “employing around 7,000 people and generating over $400 million in annual revenues,” according to the United States Federation of Worker Cooperatives (USFWC). But in an increasingly precarious economy, advocates push worker ownership as a pathway to restore equity and control to labor. Co-ops can boost career mobility and seed homegrown job opportunities, while communities benefit from an ownership structure that keeps capital reinvested locally, not exploited or outsourced to faceless corporate chains.

“We don’t see any reason why this shouldn’t be the way that businesses are preserved as the owner retires, or the way that startups happen,” says Melissa Hoover, executive director of USFWC’s Democracy at Work Institute. Through advocacy and training programs, USFWC helps incubate new co-ops and promotes policies fostering grassroots worker-ownership. In some areas, budding co-ops are evolving into a pillar of community development programs: New York City, for example, recently launched a $1.2 million initiative (update: now raised to $2.1 million) to develop and network local co-ops. Last year California enacted legislation to streamline the legal framework for founding a co-op.

Though the co-op model is not widespread, a few have built extensive operations, such as Bronx-based Cooperative Home Care Associates, home healthcare agency that employs more than 2,000 workers in union jobs upholding living wage and fair scheduling standards. Others include DIY print shops, neighborhood cafes or renewable-energy producers, often founded on a socially conscious ethos.

But could these co-op shops “scale up” to rival major corporate employers? Hoover projects that an oncoming wave of retiring Baby Boomer small business owners could offer fresh opportunities for co-op conversion. Many of these firms are viable, but won’t attract big buyers, so instead of folding, a retiring owner can hand the keys over to veteran staff. “If it’s a buyer’s market,” Hoover says, “why not help the buyers be people who have never had a chance to own a business before—the people who work in them?”

Amid stagnant wages and rising inequality, Hoover adds, “I actually see a competitive advantage in cooperatives, particularly as our world crumbles around us. There’s environmental crises, there’s capital crises, people are starving and homeless in the richest country in the world. And as that begins to filter through the consciousness of everyday people…how do we envision a different system?… This actually is a system that foregrounds member benefit and community benefit in the [organization’s] form.”

For worker-owners, the business proposition is even more straightforward: Max Perez, an employee-owner at Arizmendi Bakery in the Bay Area, discusses in a USFWC report how the co-op helped him overcome the employment barriers that he faced after leaving prison.

“I was really nervous to tell them about my past, but the co-op gave me a chance because they cared more about me than my record,” he writes. A family-sustaining co-op job has enabled him and other workers to cope with the high cost of living and remain rooted in the community. “It’s hard work at the bakery, we don’t always agree, but that’s why I care about this place so much, you know? I want other people to have the chance I did.”

Co-ops may not bring about a revolution, but they do bring a priceless return on investment—giving workers the power to repay one good turn with another.