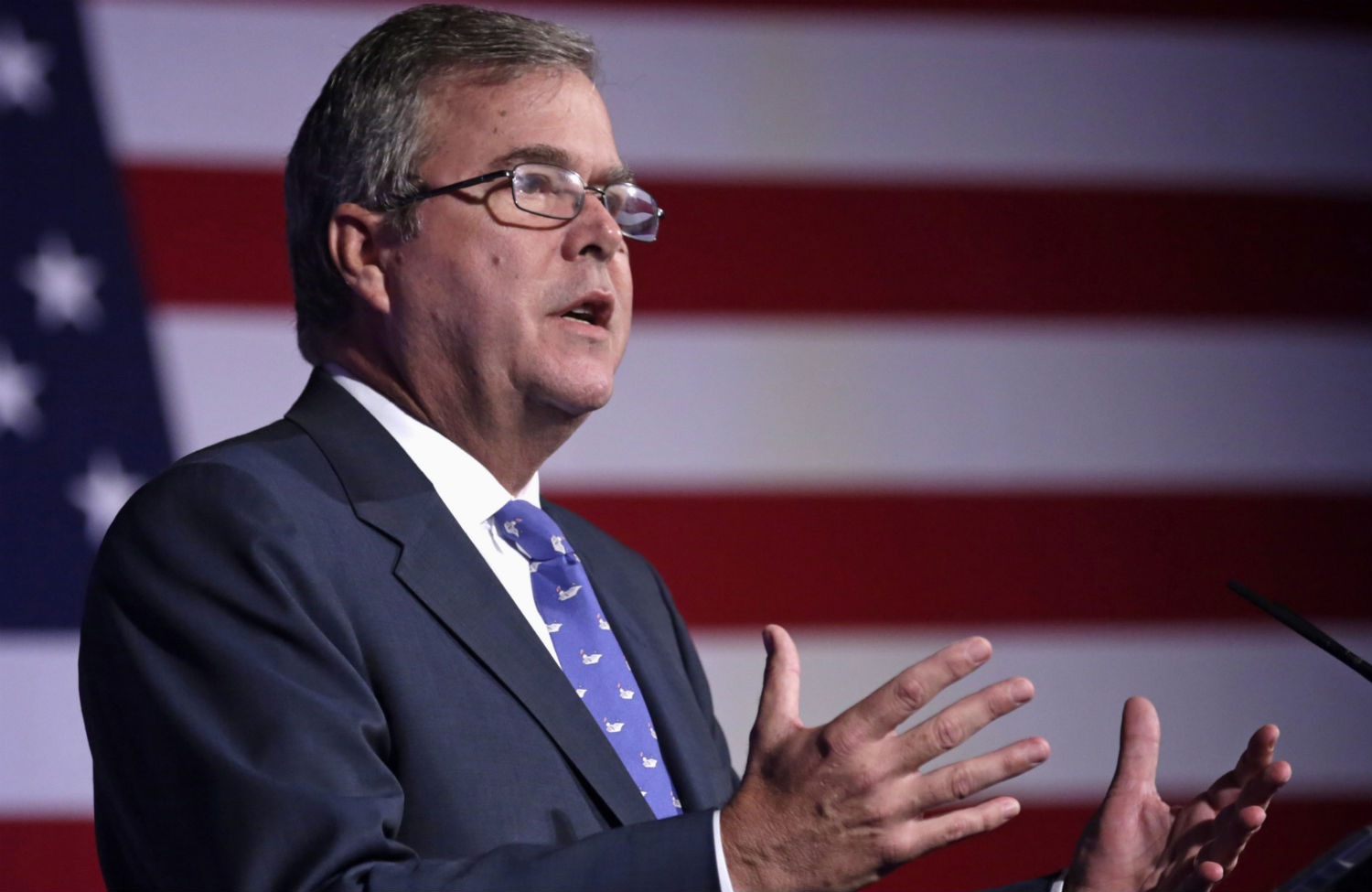 This week, because it’s a “foreign policy week,” with President Obama giving a major speech on the subject on Wednesday, Christie Watch has been taking a look at the foreign policy ideas from various 2016 president contenders, including Hillary Clinton and Chris Christie. Today, we survey the views, such as they are, of former Florida Governor Jeb Bush.

Given the united front against the Tea Party by the Republican establishment, Karl Rove’s Crossroads and the US Chamber of Commerce, the GOP winner in 2016 is likely to be an establishment-leaning candidate or, at least, one who’s willing to promise to behave. That probably rules out Rand Paul, the iconoclastic, libertarian-isolationist whose foreign policy views have alienated the GOP’s elite. The front-runners, otherwise—once we rule out the fringe, religious-right candidates such as Mike Huckabee—leave us with Christie, Jeb Bush, a handful of other GOP governors (Scott Walker, Mike Pence, John Kasich), Representative Paul Ryan and a couple of radical-right senators, Ted Cruz and Marco Rubio.

None of them have fully developed views on foreign policy, though in his own way each one has tried to cast himself in opposition to Paul and his merry band of libertarians. Yesterday, in our post about Christie, we noted how the New Jersey governor has tacked this way and that between support for interventionism and the “freedom agenda” and a more domestic-oriented, build-at-home approach to projecting power abroad.

Bush, who says he’ll make a decision later this year about whether to run, has joined Christie and other center-right Republicans in criticizing President Obama for alleged “passivity.” In a private speech in March to Sheldon Adelson and the Republican Jewish Coalition—an event dubbed part of the “Sheldon Primary,” in which Bush and other politicians sought the favor of Adelson and his unlimited billions, covered at the time by Christie Watch—Bush slammed Obama on Russia and Ukraine, according to Ari Fleischer, the former George W. Bush spokesman and bigwig in the RJC. “He was very rough on the president in terms of his handling of foreign policy, referring to the dangers of ‘American passivity,’” said Fleischer. (At the same event, Bush also hit GOP “neo-isolationism,” without mentioning Paul.)

Back in 2012, after the Mitt Romney debacle, a number of conservative and GOP commentators pointed out that the catastrophic mismanagement of foreign policy by George W. Bush would long haunt the Republican party. Writing for Foreign Policy in 2012, John Norris said:

The next Republican nominee will need distance both from George W. Bush’s foreign policy and from Mitt Romney’s campaign. Even Jeb Bush—particularly Jeb Bush—would have to look like he was taking a very different approach to foreign policy than his brother.

But can Jeb Bush so easily make a “clean break,” so to speak, with W.? According to the website On the Issues, Bush was a founding member of the Project for a New American Century, the neoconservative outfit formed in the 1990s that played a leading role in generating support for war in Iraq and whose members took up key positions in the administration of George W. Bush, Jeb’s brother. And On the Issues reports that a quarter-century ago, Bush lent his support to an anti-Castro terrorist:

Jeb petitioned the Justice Department in 1990 on behalf of Orlando Bosch, who was in prison for having entered the US illegally. The anti-Castro terrorist, who was implicated in a car-bombing assassination and was notorious for having masterminded the bombing of a Cubana Airlines Flight in Oct. 1976, which killed all 73 on board.

At the time George H. W. Bush was CIA director. The US sanctioned terrorism against Cuba and routinely trained commandos to infiltrate the island. Jeb, who planned to run for governor of Florida, represented a rabid anti-Castro constituency, a voting bloc that held his father’s anti-Castro actions at the CIA in the highest esteem. Jeb’s public support for paroling Bosch further enhanced his standing in the Cuban community, which considered Bosch a patriot in exile and honored him for his murderous bombings around the globe. At his son’s behest, George [H.W.] Bush intervened to obtain the release of the Cuban terrorist from prison and later granted Bosch US residency.

In a survey by RightWeb, which notes that Bush “rarely comments on foreign policy,” it is noted that Bush “has appeared particularly unwilling to push back against the neoconservatives who supported his brother’s administration, at times echoing their complaints about the Obama administration’s foreign policy.” They add that Bush, who often focuses on Latin America, has apparently called for increased US aid to anti-government forces in Venezuela. And RightWeb adds more about Jeb Bush’s affiliation with PNAC:

Although not well known for his views on foreign affairs, Jeb Bush has been a supporter of hawkish factions in the United States, including the neoconservative PNAC. In 1997, just before his successful run for governor, Bush was one of more than two dozen prominent political figures to sign PNAC’s founding statement of principles, which promoted a “Reaganite” vision of “American global leadership.” Pointing to what it called “the essential elements of the Reagan administration’s success”—“a strong military” ready to meet “present and future challenges”—the statement argued, “A Reaganite policy of military strength and moral clarity may not be fashionable today. But it is necessary if the United States is to build on the success of this past century and ensure our security and greatness in the next.” Among PNAC’s 25 charter signatories were several people who would become senior members of President George W. Bush’s administration, including Dick Cheney, Donald Rumsfeld, Paul Wolfowitz, I. Lewis Libby, Zalmay Khalilzad, Peter Rodman, Paula Dobriansky, and Elliott Abrams.

Bush has yet to say whether he will run, let alone lay out his views on Pentagon spending. But a March 2 post on his Facebook page said, “President Obama’s Pentagon budget: Plenty of cash for entitlements, but not enough for defense.”

Lately, Bush hasn’t said much about either PNAC, his brother or foreign policy generally. According to Defense News, Jeb Bush’s views on foreign policy and defense are closer to those of his father—i.e., more centrist, more realist, more diplomacy-minded, in other words, Obama-like—than they are to the views of his militarist brother:

Jeb Bush, the flavor-du-jour in Republican circles, likely would put forth a defense and foreign policy vision that closely resembles that of his father and the one pitched by Mitt Romney in 2012, analysts and GOP insiders say. …

One veteran of presidential campaigns, Larry Korb, a former Pentagon official now at the Center for American Progress, said “I think you’ll see a return, if he were to get the nomination, to the old-school classic realist Republican philosophy.

But where’s the proof that Jeb is more of an “old-school classic realist” than W.? At this stage, it appears that if he makes more centrist noises, it’s just because he knows that to get elected in 2016, he has to shed W.’s baggage.