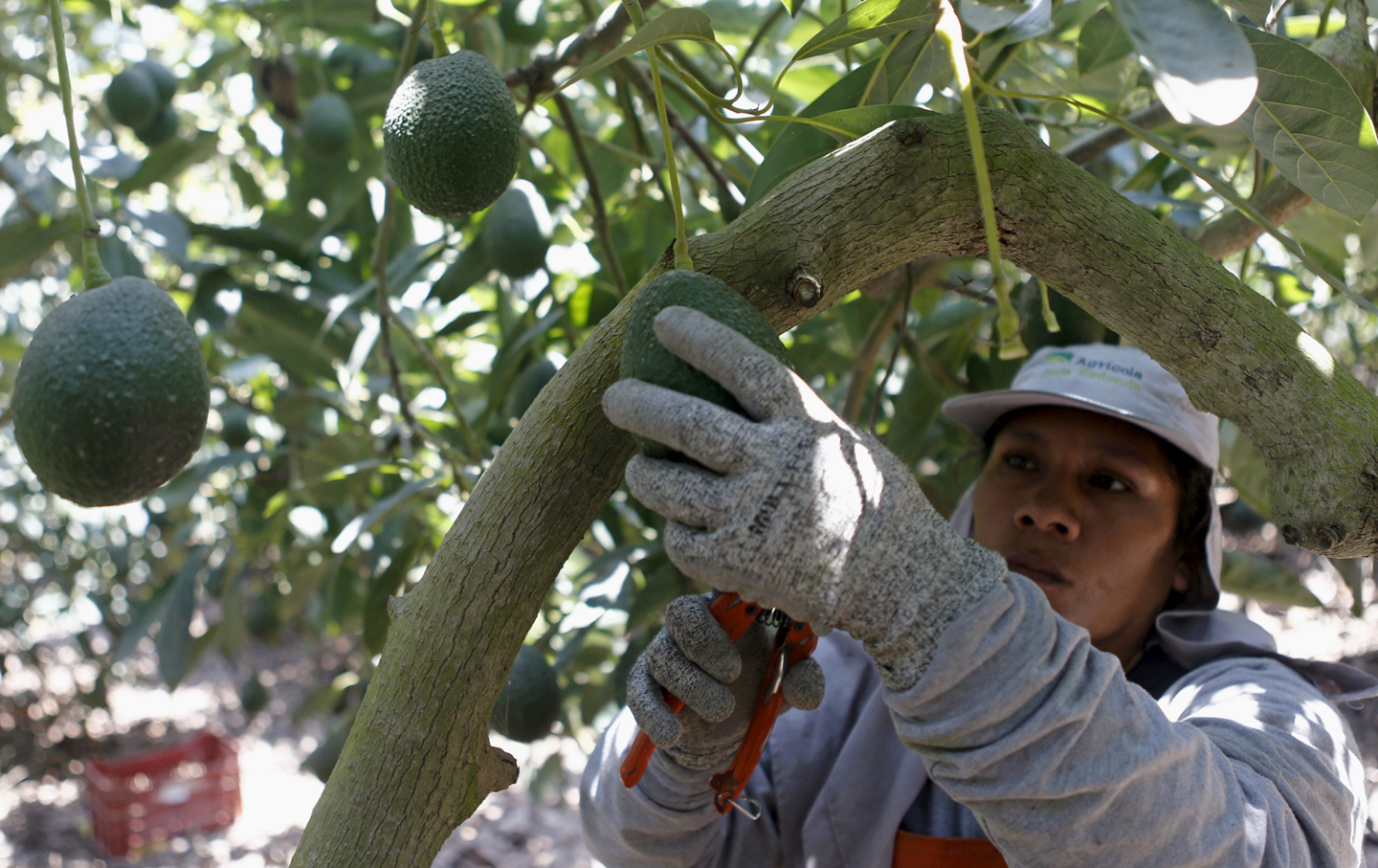 The signatories of the Trans-Pacific Partnership just announced that they have inked the final agreement, ending years of secret negotiations and back-room corporate deal making. And still, the full text, which will set trade rules for roughly 40 percent of global commerce in a dozen Pacific Rim countries, remains a secret, even as the accord hurtles toward Congress for an accelerated vote.

But those who want evidence of the impact TPP may have on a huge chunk of the world’s workforce can look no further than how an existing free trade accord, based on the same model, is managing labor relations between Peru, a TPP signatory, and the United States. The US-Peru Trade Promotion Agreement’s (PTPA) supposedly state-of-the-art labor grievance process is just starting to be tested in a landmark case involving an odd bedfellowship of multinational megabrands, US and Peruvian labor activists, and federal labor authorities.

Under Peru’s Non-Traditional Export Promotion Law, employers can circumvent “key parts of the general labor code by allowing them to hire virtually their entire workforce for an unlimited duration on a series of renewable, temporary contracts, some as short as 15 days,” according to the complaint. Thus employers have profited from “systematically declining to renew the contracts of thousands of workers who joined unions.”

If you want to know how TPP could affect workers, look no further than the US-Peru Trade Promotion Agreement.

Thanks to this free pass for exploiting contingent labor, union advocates charge that “massive firings of union members are constant and ongoing.” But here is where the Peru accord’s labor protections could, in theory, kick in.

The PTPA’s much-hyped regulatory framework purportedly enables the US Department of Labor (DOL) to work with US labor advocates to hold Peru accountable for violating workers’ rights. Several Peruvian agricultural and garment sector unions invite this intervention by the DOL.

In Peru’s burgeoning agribusiness sector, with about $1.2 billion in crop exports to the United States in 2014, including asparagus and peppers, a workforce of some 300,000 laborers are reportedly subject to unfair contracts, unhealthy working conditions, and anti-union hostility.

The company Agrícola Virú, which feeds avocados, artichokes, and mangos to the supply chains of General Mills and Trader Joe’s, has reportedly “used a wide range of anti-union tactics,” affecting about 8,000 temporary workers, “including the harassment of union members and leaders with the threat of layoffs and dismissals.” In 2013 the company reportedly “filed criminal defamation charges against a union leader for speaking on a local radio show about the poor working conditions.” Around this time, Walmart avocado supplier Camposol allegedly rejected a collective-bargaining agreement and “filed frivolous legal charges against union leaders for exercising their right to strike.” Government orders to convert temp workers to permanent contracts have gone ignored.

Meanwhile, major garment makers in Peru have been charged with union-busting through retaliatory dismissals and abusing temporary-labor contracts. In 2014, Hialpesa, which deals with top brands like Nautica and The North Face, reportedly “threatened to close a spinning plant where 90 percent of union members worked. ”

That year, Peru’s garment exporters did $660 million worth of business with the United States. Free trade facilitated both an export boom and simultaneous serial labor rights violations.

The PTPA’s chapter on labor contained impressively ample references to the 1998 ILO Declaration on Fundamental Principles and Rights at Work, “plus acceptable conditions of work with respect to minimum wages, hours of work, and occupational safety and health.” But labor activists argue these rules ultimately do little other than encourage governments to uphold their own laws (the weakness of which is what makes them attractive trade partners), with anemic oversight and minimal penalties for violations. The regulatory scope, narrowly focused on trade matters, has been criticized as wholly arbitrary, as has the glaring lack of proactive mandates on governments to expand worker protections.

Still, there’s a twist: The pending labor case is a rare instance when corporate, labor and consumer concerns converge.

Leveraging their global brand clout, several US-based companies have actually taken labor’s side. In a public letter sent to Peru’s President Ollanta Humala, Nike, New Balance, PVH, and other industry players criticized the government’s failure to respect international and domestic labor policies, calling for repeal of the controversial law, and emphasizing the investors’ interest in “monitoring our suppliers in order to ensure compliance with labor standards.”

What explains the do-gooderism? Not exactly altruism: Rather, companies seem primarily concerned about adhering to corporate social-responsibility codes. These policies, while often weak and voluntary, were established in response to consumer mobilization against massive labor violations in the Global South by multinationals.

Hence the central lesson of “free trade”: Companies pay attention to workers’ rights when consumers start making product choices that reflect their moral calculations. But when something goes right for workers under free trade, it’s the exception that proves the rule.

Rather than encouraging comprehensive labor progress, these regimes arguably reward chronic rights violations. Activists warn that expecting business-driven pressure to enhance corporate and government accountability is a false solution: The problem is precisely the fact that enforcement remains utterly reliant on private-sector incentives. Eric Gottwald of the International Labor Rights Forum tells The Nation, “If no one files a complaint, nothing happens. They could be violating the law everyday.”

To really strengthen enforcement, Gottwald adds, there should be “robust, ongoing dialogue and monitoring on labor issues…. It should be something that the governments are talking about continuously and are monitoring continuously.”

Under this “passive” regime, you might wonder whether consumers could more effectively raise labor standards abroad through grassroots direct-action campaigning or supporting unions directly, rather than invoking arcane, bureaucratic processes under trade accords.

But the Peru TPA opens a narrow avenue for challenging the corporate impunity rigged into the legal framework of trade. And theoretically, with the TPP about to kick in, with presumably similar labor rules, Peru may be further held to account: “In effect, if Peru doesn’t fix these issues, it will be in violation of the TPP on day one,” argues Gottwald.

Maybe that’s why the White House is waiting another few weeks to tell us what the new trade deal actually says.

Yet the world now knows that, every day Peru’s export law remains on the books, it may be violating international laws. What we don’t know is whether our own laws mean anything.