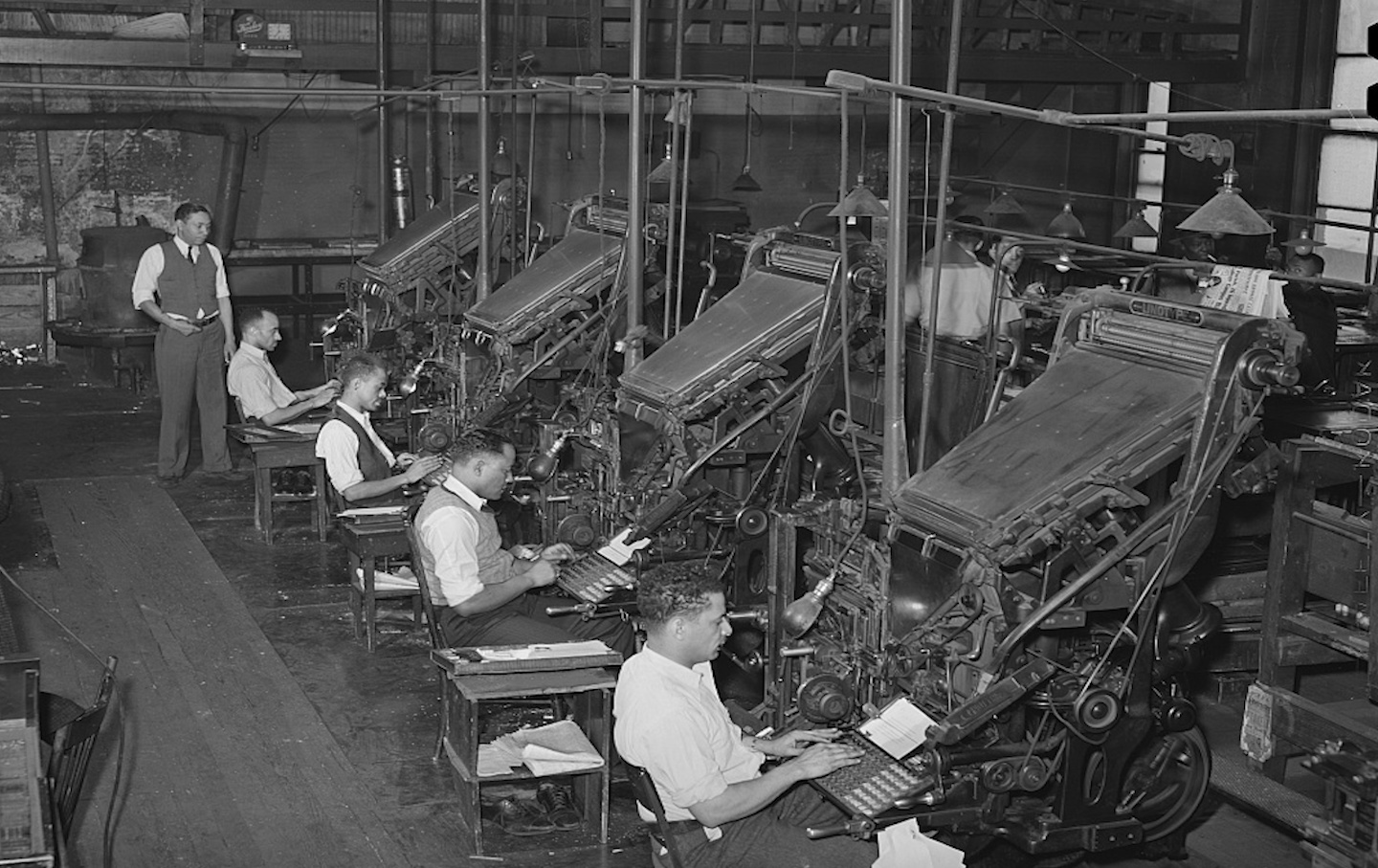 Linotype operators at The Chicago Defender, 1941. (Photo by Russell Lee / Courtesy of the Library of Congress)

Earlier this month, The Chicago Defender announced that it was publishing its final regular print issue. At first glance, it would appear to be the tragic end for another newspaper, another casualty of the decline of local print publications that a generation of journalists and citizens alike has had to endure. The owners of the Defender have argued that the best option for the paper to last for years to come is to go digital and join a growing number of former print newspapers in making the leap to online only. But the Chicago Defender’s unique place in American—and African American—history makes its loss particularly stinging. The Defender, in short, was one of the nation’s premier African American print publications. Its loss is a symbol of the decline of African American media and the potential loss of other points of view in local, regional, and national media.

In addition, the long arc of African American history is difficult to think about without consulting the pages of The Chicago Defender, whose stories, read in retrospect, recount history from a distinctly African American point of view. Virtually all mainstream media in the United States at the turn of the 20th century viewed race relations strictly through the lens of the “Negro problem,” the phrase that many prominent Americans used to talk about the presence of African Americans in the country. As though the history of enslavement and the aborted process of Reconstruction were the fault of African Americans, media continued to view indications of “backwardness” from African Americans as proof of their racial inferiority. Newspapers, in fact, were important catalysts of anti-black race riots across the nation by spreading salacious and untrue stories about African American men sexually assaulting white women. 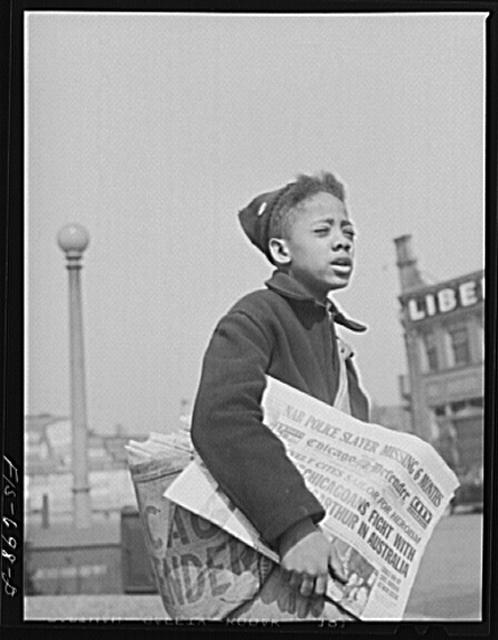 A newsboy selling the Chicago Defender, 1942. (Photo by Jack Delano / Courtesy of the Library of Congress)

The Defender not only provided information to the African American community but also often provided more accurate accounts of these riots, confrontations with the police, and other stories that in mainstream newspapers were yet more examples of the “Negro problem.” When the Chicago Race Riots of 1919 engulfed the city’s largely African American South Side, Abbott used the Defender’s pages to urge African Americans to stay indoors. The newspaper, as a center of the community, was instrumental in ending the riots.

As the size of the African American population in Chicago grew, so did the importance of the Defender to national stories about race, civil rights, and freedom. The newspaper was also critical to the growing link between African Americans and the Democratic Party during and after the rise of the New Deal coalition in the 1930s. As Ethan Michaeli recalled in his book on the Defender’s history, the newspaper was critical for Harry S. Truman’s 1948 presidential campaign. “Here was the clear confirmation of the national import of black political power, and The Defender’s essential role in galvanizing this essential electorate,” Michaeli wrote about the newspaper’s significance in getting out the African American vote in Chicago.

The Defender was both a chronicler of African American events and a shaper of them. The decision to publish the photos of the destroyed body of Emmett Till in his casket in 1955, for instance, helped galvanize African American public opinion around his death—a moment that pushed many young African Americans to join the growing civil rights movement of the 1950s and ’60s. Jet magazine also published the photos, and in a sad coincidence, the same week the Defender ceased printing, it was announced that the publisher of Jet (as well as Ebony, another historic African American magazine), Johnson Publishing Company, would put its photographic archives up for auction.

African American–owned and –operated print media is at a crossroads, as is African American society in general. The ascendancy of Barack Obama may prove to have been a boon and high water mark for African American newspapers and magazines. The Defender had a front-row seat to the Chicago political machines that produced him as a viable statewide and eventually national candidate. It chronicled the rise of pivotal African American figures such as Jesse Jackson and Harold Washington and was there when Obama made his ill-fated run for Congress in 2000 (the only election campaign he ever lost). But what made the Defender different from its Chicago counterparts the Sun-Times and the Tribune was that the Defender presented a window into how African Americans saw their city and their place in it. The Defender served as a political clearinghouse for aspiring African American leaders, a nexus of social thought that allowed such leaders to reach a wide audience through the decades.

With the Defender going digital and the rise of such websites as The Root, as well as the popularity of Desus and Mero, it is clear that the future of African American media in this country rests heavily on the Internet. But the mission of African American media—in an age of misinformation and so-called fake news—continues to be one of providing different voices talking about important stories of the day. In a story covering the paper’s last print edition, the Defender reported an optimistic tone from its readers. Katara Patton, a writer for the paper, compared the Defender’s all-digital transition to music moving from cassette tapes to compact discs and then to streaming services. “The same good music is available,” she wrote. “It is just in a different mode.” With the need for African American media that is unafraid to talk about police brutality, economic inequality, and the continuing plague of white nationalism, the Defender and publications like it are as important as ever.