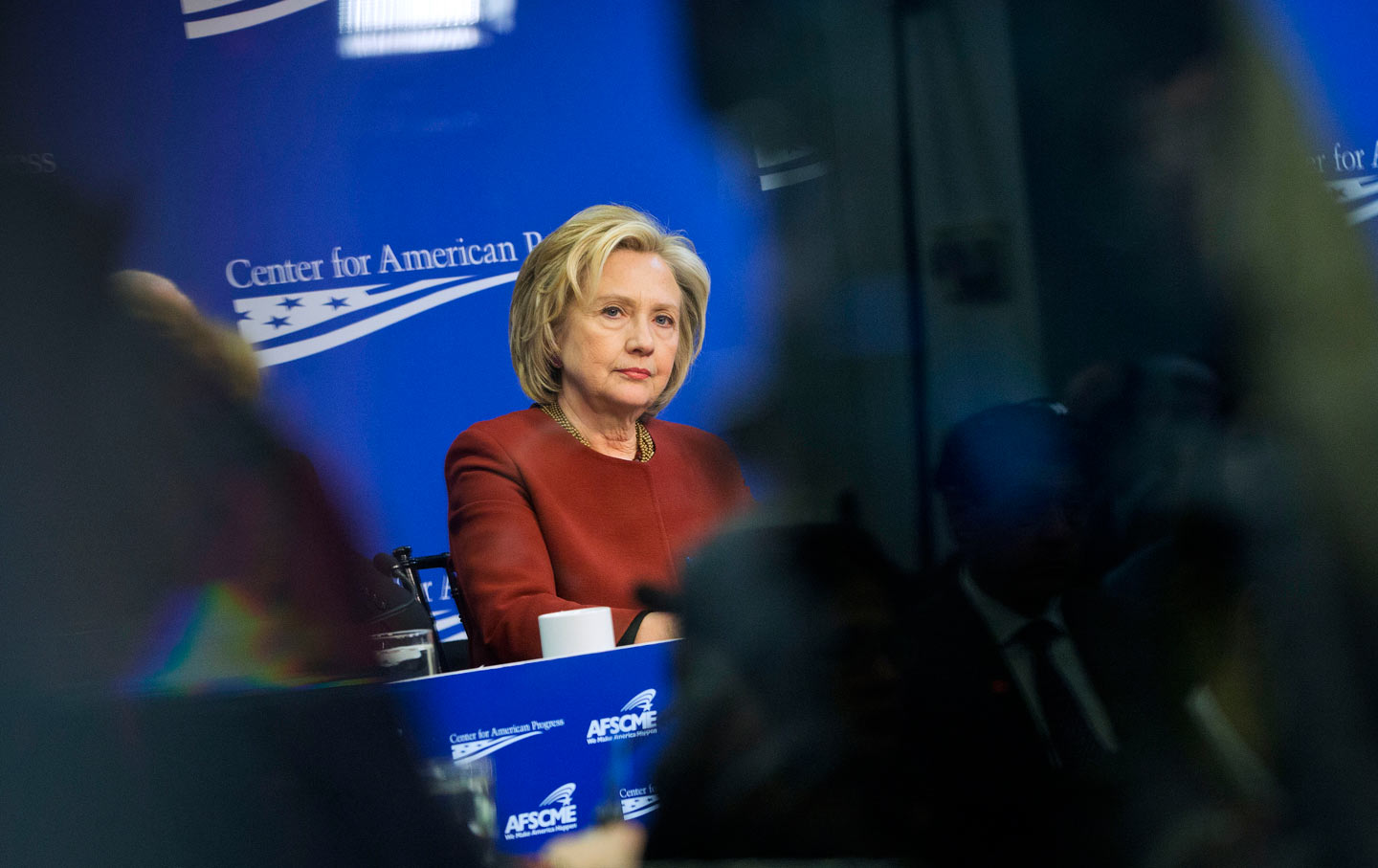 Washington, DC, may be the only place in the world where people openly flaunt their pseudo-intellectuality by banding together, declaring themselves “think tanks,” and raising money from external interests, including foreign governments, to compile reports that advance policies inimical to the real-life concerns of the American people.1

As a former member of the House of Representatives, I remember 16 years of congressional hearings where pedigreed experts came to advocate wars in testimony based on circular, rococo thinking devoid of depth, reality, and truth. I remember other hearings where the Pentagon was unable to reconcile over $1 trillion in accounts, lost track of $12 billion in cash sent to Iraq, and rigged a missile-defense test so that an interceptor could easily home in on a target. War is first and foremost a profitable racket.2

How else to explain that in the past 15 years this city’s so called bipartisan foreign policy elite has promoted wars in Iraq and Libya, and interventions in Syria and Yemen, which have opened Pandora’s box to a trusting world, to the tune of trillions of dollars, a windfall for military contractors. DC’s think “tanks” should rightly be included in the taxonomy of armored war vehicles and not as gathering places for refugees from academia.3

According to the front page of this past Friday’s Washington Post, the bipartisan foreign-policy elite recommends the next president show less restraint than President Obama. Acting at the urging of “liberal” hawks brandishing humanitarian intervention, read war, the Obama administration attacked Libya along with allied powers working through NATO.4

The think tankers fell in line with the Iraq invasion. Not being in the tank, I did my own analysis of the call for war in October of 2002, based on readily accessible information, and easily concluded that there was no justification for war. I distributed it widely in Congress and led 125 Democrats in voting against the Iraq war resolution. There was no money to be made from a conclusion that war was uncalled for, so, against millions protesting in the United States and worldwide, our government launched into an abyss, with a lot of armchair generals waving combat pennants. The marching band and chowder society of DC think tanks learned nothing from the Iraq and Libya experience.5

The only winners were arms dealers, oil companies, and jihadists. Immediately after the fall of Libya, the black flag of Al Qaeda was raised over a municipal building in Benghazi, Gadhafi’s murder was soon to follow, with Secretary Clinton quipping with a laugh, “We came, we saw, he died.” President Obama apparently learned from this misadventure, but not the Washington policy establishment, which is spoiling for more war.6

The self-identified liberal Center for American Progress (CAP) is now calling for Syria to be bombed, and estimates America’s current military adventures will be tidied up by 2025, a tardy twist on “mission accomplished.” CAP, according to a report in The Nation, has received funding from war contractors Lockheed Martin and Boeing, who make the bombers that CAP wants to rain hellfire on Syria.7

The Brookings Institute has taken tens of millions from foreign governments, notably Qatar, a key player in the military campaign to oust Assad. Retired four-star Marine general John Allen is now a Brookings senior fellow. Charles Lister is a senior fellow at the Middle East Institute, which has received funding from Saudi Arabia, the major financial force providing billions in arms to upend Assad and install a Sunni caliphate stretching across Iraq and Syria. Foreign-government money is driving our foreign policy.8

As the drumbeat for an expanded war gets louder, Allen and Lister jointly signed an op-ed in the Sunday Washington Post, calling for an attack on Syria. The Brookings Institute, in a report to Congress, admitted it received $250,000 from the US Central Command, Centcom, where General Allen shared leadership duties with General David Petraeus. Pentagon money to think tanks that endorse war? This is academic integrity, DC-style. 9

Former secretary of state Madeleine Albright, who famously told Colin Powell, “What’s the point of having this superb military you’re always talking about if we can’t use it,” predictably says of this current moment, “We do think there needs to be more American action.” A former Bush administration top adviser is also calling for the United States to launch a cruise missile attack on Syria.11

The American people are fed up with war, but a concerted effort is being made through fearmongering, propaganda, and lies to prepare our country for a dangerous confrontation, with Russia in Syria.12

The demonization of Russia is a calculated plan to resurrect a raison d’être for stone-cold warriors trying to escape from the dustbin of history by evoking the specter of Russian world domination.13

It’s infectious. Earlier this year the BBC broadcast a fictional show that contemplated WWIII, beginning with a Russian invasion of Latvia (where 26 percent of the population is ethnic Russian and 34 percent of Latvians speak Russian at home).14

The imaginary WWIII scenario conjures Russia’s targeting London for a nuclear strike. No wonder that by the summer of 2016 a poll showed two-thirds of UK citizens approved the new British PM’s launching a nuclear strike in retaliation. So much for learning the lessons detailed in the Chilcot report.15

As this year’s presidential election comes to a conclusion, the Washington ideologues are regurgitating the same bipartisan consensus that has kept America at war since 9/11 and made the world a decidedly more dangerous place.16

The DC think tanks provide cover for the political establishment, a political safety net, with a fictive analytical framework providing a moral rationale for intervention, capitol casuistry. I’m fed up with the DC policy elite who cash in on war while presenting themselves as experts, at the cost of other people’s lives, our national fortune, and the sacred honor of our country.17

Any report advocating war that comes from any alleged think tank ought to be accompanied by a list of the think tank’s sponsors and donors and a statement of the lobbying connections of the report’s authors.18

It is our patriotic duty to expose why the DC foreign-policy establishment and its sponsors have not learned from their failures and instead are repeating them, with the acquiescence of the political class and sleepwalkers with press passes.19

It is also time for a new peace movement in America, one that includes progressives and libertarians alike, both in and out of Congress, to organize on campuses, in cities, and towns across America, to serve as an effective counterbalance to the Demuplican war party, its think tanks, and its media cheerleaders. The work begins now, not after the Inauguration. We must not accept war as inevitable, and those leaders who would lead us in that direction, whether in Congress or the White House, must face visible opposition.20