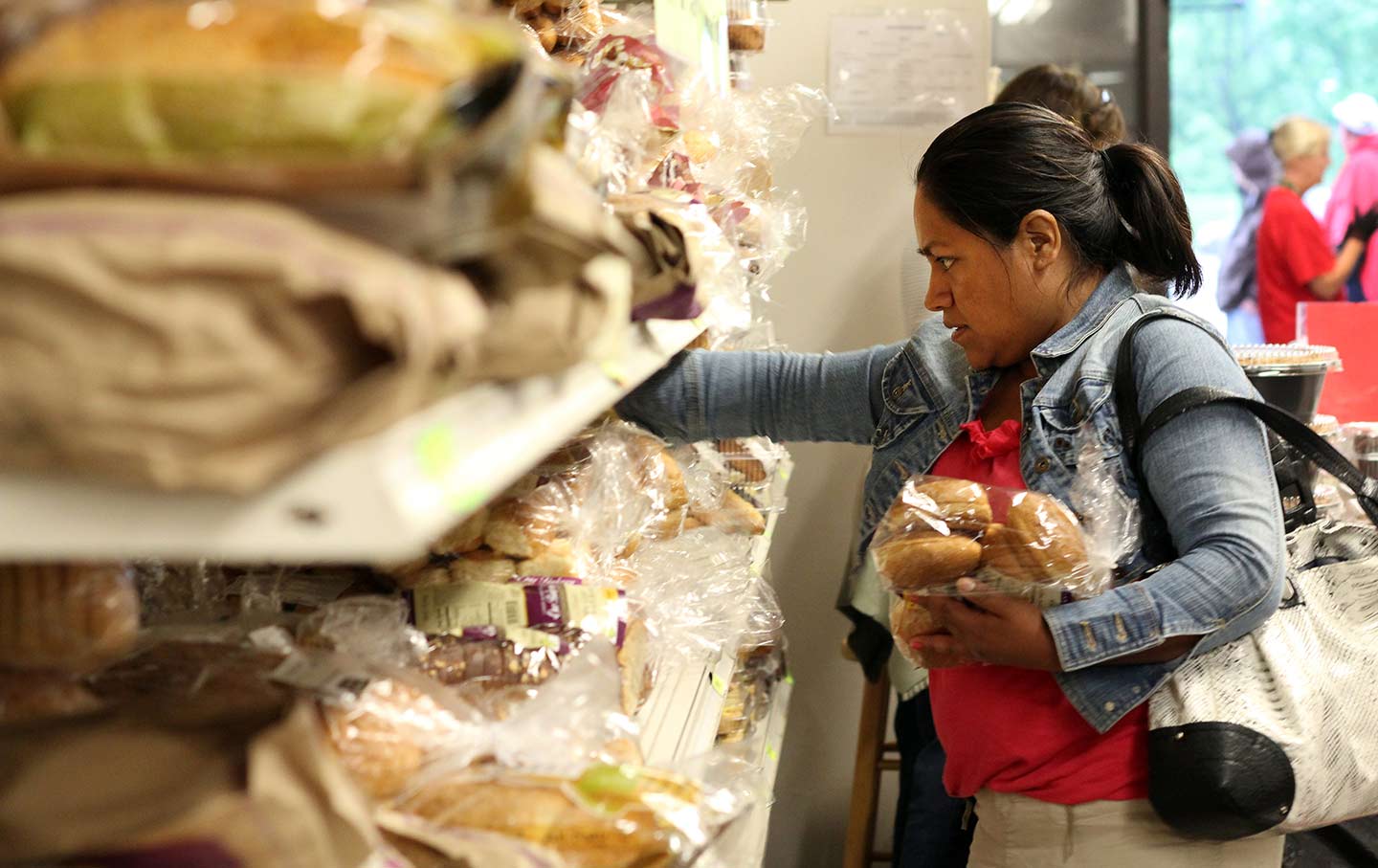 What if you had to make a choice between hunger or deportation?

As the Trump era unfolds in California, fear of an Immigration and Customs Enforcement crackdown is disrupting the daily lives of immigrants and their families. In a state with 5.4 million noncitizen residents—and where nearly half of all children have at least one immigrant parent—the president’s promise to increase deportations may already be affecting the health and livelihoods of families, even those here legally, by discouraging them from turning to public-assistance programs or from working.

“We are concerned that some people are hesitant to visit a food pantry out of fear that ICE could show up.”

At the Alameda County Community Food Bank in the San Francisco Bay area, 40 families recently requested that their food stamps be canceled, according to Liz Gomez, ACCFB’s associate director of client services. Another 54 Spanish-speaking households that pre-qualified for the Supplemental Nutrition Assistance Program turned down the opportunity to apply. Gomez says that the combination of a leaked draft executive order suggesting that legal immigrants could be deported for turning to public assistance within their first five years of arrival, as well as local ICE sweeps—and stories about raids and arrests elsewhere—are making immigrants afraid to give their information to service providers.

“We are concerned that some people are hesitant to visit a food pantry out of fear that ICE could show up,” said Gomez.

At a food bank in the San Francisco Bay Area, 40 families recently requested that their food stamps be cancelled.

Indeed, Heidi McHugh, community education and outreach coordinator at Food for People in Humboldt County, says they have seen a decline in Latino clients at some sites. The organization runs 14 community food programs, including meals for seniors, food pantries, school-meal programs, and a mobile produce pantry that travels throughout the county to distribute vegetables. This month, when it stopped in a community that historically turns out 20 or 30 Latino households, only five Latino households showed up.

“We had previous customers drive by without stopping,” said McHugh. “Our pantries in the communities with high proportions of Latino residents say that they are seeing fewer people coming for food.”

Qualifying for Medicaid, SNAP, or WIC can’t currently be used as legal cause for deportation or denying someone citizenship. But people are still afraid, Gomez said, even immigrants with legal status. Given the leaked draft executive order, providing personal information feels risky, at best. “They fear it will be shared,” said Gomez. “But it’s important for people to know that information like immigration status is not collected by pantries or meal programs—they’re simply there to help people who need food.”

About 45 percent of immigrant-headed families with children use food-assistance programs. While undocumented immigrants are not eligible for food stamps, many families include children who are US citizens, and parents may apply on their behalf. Immigrants are more likely to be poor and to experience food insecurity than other groups of Americans; still, there is evidence that they’re already less likely to use public assistance than native-born citizens.

The economic impacts of forgoing benefits ripple to the surrounding community: Gomez said that the 40 households that canceled SNAP benefits and the 54 households that didn’t apply adds up to $630,000 annually in lost stimulus to the local economy. “And that’s just one example from our own work,” she said. “What’s the economic impact in communities across the country?”

Given recent ICE activity around the country, it’s not hard to see why immigrants might worry about the risks of using social support programs. Recently, ICE agents entered a courthouse in El Paso County, Texas, and arrested a domestic-violence victim who was trying to get a restraining order against her alleged abuser. In Alexandria, Virginia, there was a report of homeless people being interrogated by ICE at a church where they’d taken shelter from the cold. And in Los Angeles, a father was arrested by ICE immediately after dropping off his 12-year-old daughter at school.

At a recent press conference in Fortuna, a small Northern California city where nearly 20 percent of residents are Latino, members of the community talked about how the presence of ICE agents had disrupted their lives, including their ability to work. Jorge Matias, a community-health worker, said there are parents who are “afraid to leave their homes to go to work or to go to their children’s schools for fear of being deported.” A woman named Karina Coronel said her children, ages 4 and 6, have recently been bullied at school by students and a teacher, and that she has been shoved in stores and repeatedly told to “Go back to Mexico.” Coronel said, “Right now I am very fearful to even leave my home.”

“What gets me is that our people were already struggling,” said Gomez, noting that a 2014 study conducted by ACCFB showed that half of the food bank’s clients were already forced to make impossible choices between food and things like rent, utilities, transportation, and medicine. “People are literally now making the choice not to eat or to sacrifice their health because they are so invested in being an American,” said Gomez.

Author’s note: Join millions of people around the nation to protect immigrants and refugees and stand up for the values of love, compassion, and family in the #HereToStay campaign.