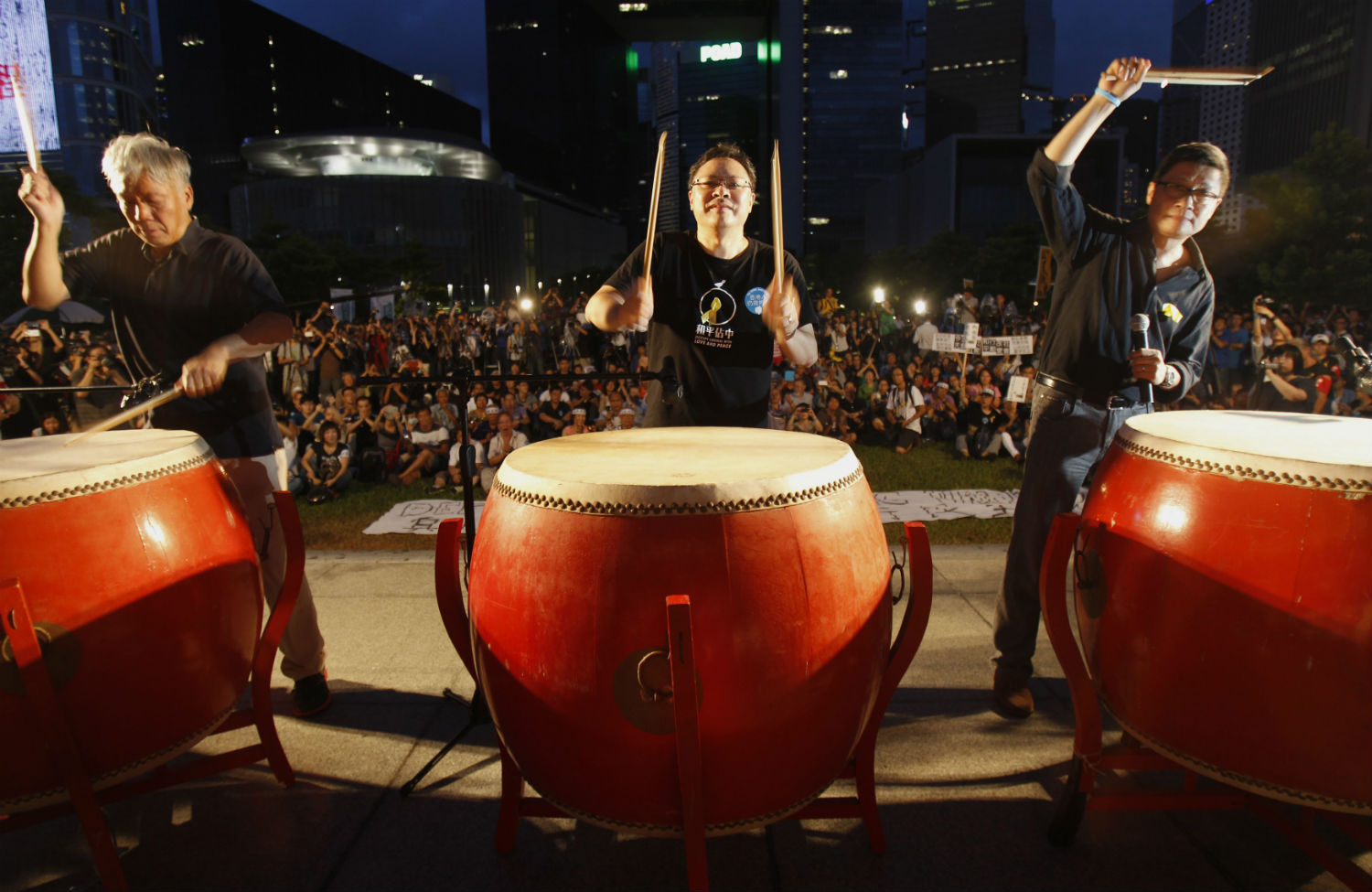 Three years after Occupy Wall Street burst on the scene in downtown Manhattan, the most vibrant Occupy-style movement is no longer in New York, Oakland, London or Madrid but in Hong Kong. Now, a new phase of the movement, “Occupy Central,” is about to unleash a wave of occupations of public space to demand greater democracy in the city.

Since returning to Chinese rule in 1997, the official policy of “one country, two systems” has allowed Hong Kong to continue to operate with its own political and legal institutions. Although the territory never enjoyed full democracy under British rule, the central government in Beijing promised Hong Kong universal suffrage as part of the handover.

But at the end of this August, the National People’s Congress did just what many democracy activists in Hong Kong have feared, ruling that there would be no civic nomination for chief executive elections in 2017. Rather, all candidates must first be approved by a nomination committee of political and economic elites, most of which are directly selected by Beijing.

In response, Occupy Central is now preparing to follow through on its long-standing threat to stage mass sit-ins in the city’s central business district to demand real democracy. Benny Tai, a key leader of the movement, has declared an “era of civil disobedience” in Hong Kong.

In many ways, Occupy Central seems hardly connected to its symbolic progenitor on the other side of the Pacific. Indeed, the movement is demanding an expansion of precisely the kind of electoral system that Occupy Wall Street condemned for being hopelessly corrupted by money and corporate influence. Students in Hong Kong are working closely with established political parties, and the movement even enjoys support from some individuals from the financial sector.

But underlying these important differences there is a common theme: anger over the inability of anyone except the super-wealthy to have a voice in politics.

Long hailed by conservatives in the West as a bastion of free markets and free enterprise, Hong Kong in 2011 had a Gini coefficient of .537—making it perhaps the most unequal developed economy in the world. Hong Kong recently crushed the competition to come in first in The Economist’s “crony-capitalism index.”

Like their counterparts in the United States or Europe, Hong Kong graduates face a daunting job market. If they are lucky enough to land a job, they can expect to work gruelingly long hours, all while trying to scrape together enough money to buy a tiny flat in the second-most expensive real estate market in the world. A recent study found it costs middle-class families an average of USD $700,000 to raise a child. And Hong Kong still has no universal public pension, creating major uncertainty for seniors.

Workers have not fared any better. Hong Kong had no minimum wage until 2010, when, after much resistance from employers, the standard was set at a paltry HKD $28 per hour (approximately USD $3.60). Owing to the continual efforts of powerful employers to derail proposed legislation, there are still no collective bargaining rights in the city. Foreign guest-workers from places like the Philippines and Indonesia are frequently subject to brutal working conditions and unchecked physical and sexual assault from their employers. With such a lightly regulated labor market, 20 percent of the population in this economic powerhouse now lives below the poverty line.

Not surprisingly, big business is just fine with the status quo, and it has lined up behind Beijing. Yiu Kai Pang, chairman of the Hong Kong General Chamber of Commerce, welcomed the recent decision from Beijing, saying that occupying Central “will not only affect Hong Kong’s social order and economic prosperity, but also undermine our position as an international business and financial hub.” HSBC also warned that Occupy could hurt the economy as it downgraded the outlook for the city’s stock market—a warning the company almost immediately retracted after public outrage.

The Communist Party is counting on such enthusiastic support from corporate interests. In a moment of surprising honesty, Wang Zhenmin, dean of Tsinghua University Law School and a top adviser on Hong Kong to the central government, said that too much democracy would threaten the interests of economic elites as well as the capitalist system of Hong Kong—and suggested that this was to be avoided at all costs.

Occupy Central is not the first movement in Hong Kong to challenge the powerful alliance between big business and the state. Last year, a strike by dockworkers who had not received a raise in fifteen years shut down one of the busiest ports in the world for weeks. The workers drew a wide swath of support from Hong Kong society, and public anger was only heightened by the fact that the wealthiest man in Asia, Li Ka-shing, owns their employing company.

Earlier this year, protesters stormed the legislative council in an attempt to block funding for a proposed development plan for the northeastern New Territories. Villagers likely to be displaced by the project banded together with students to protest what many see as yet another instance of developers’s getting unparalleled access to government decision makers.

Occupy Central has in part grown out of this restive political milieu. As was the case for Occupy Wall Street, activists in Hong Kong understand that they will need more political democracy in order to get more economic democracy. Democratic elections may not be sufficient to address every problem in Hong Kong, but it will certainly be necessary.

Unfortunately, it appears as if the Communist Party is completely unwilling to compromise on the question of politics. Beijing’s vision for Hong Kong is to follow in the path of other hyper-capitalist authoritarian states such as Singapore, the United Arab Emirates and Qatar. Since many of the problems in Hong Kong—gaping inequality, crony capitalism, astronomical housing prices and an exclusionary political system—are also rampant just across the border in mainland China, it is not difficult to guess the source of Beijing’s deep anxiety. If Occupy Central presents a major nuisance, the mere intimation of an Occupy Tiananmen is a horror that must be crushed at all costs.