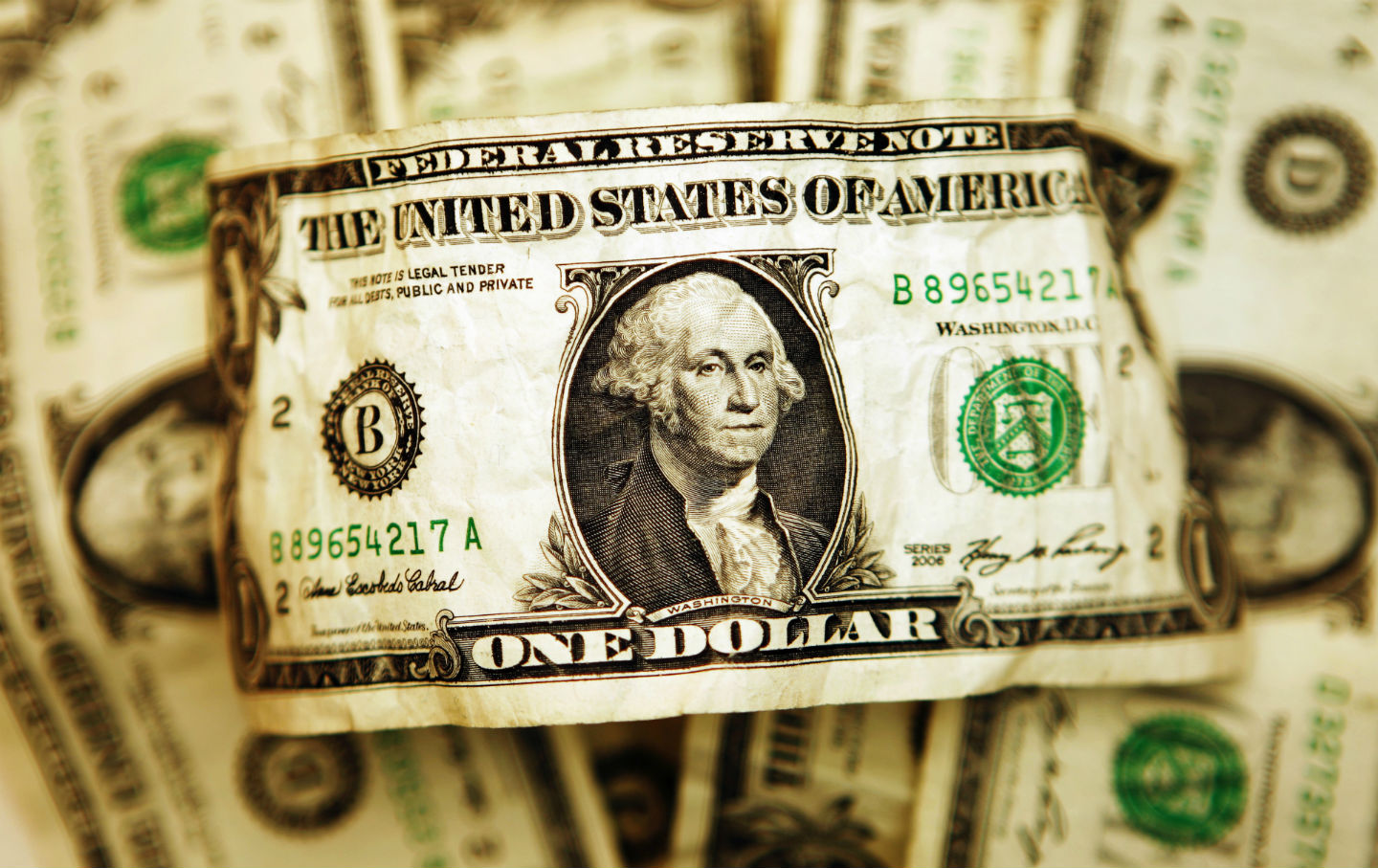 A profound sense of cognitive dissonance lies at the center of American politics: one that even our most elite journalists and pundits refuse to recognize. In virtually all of our political debate and news coverage, the competition between the two parties is treated as one of personalities and ideas. As with any democracy, the guys who are the most popular, whether for reasons of charisma or appealing policy proposals, emerge as the winners. The job of journalists and pundits is to illuminate the candidates’ character and beliefs and track their respective successes, dividing themselves between “substance” and “horse-race” coverage however they see fit.

But this is nonsense. In fact, American political life revolves around two mutually reinforcing truths. The first is that our democracy has been severely corrupted by money; the second is that the conservative movement, and hence the Republican Party, is dominated by ideological extremists who demonstrate zero interest in the problems of actual governance. Taken together, these truths not only define our political debate; they ensure that virtually nothing is decided on its merits—up to and including our national elections.

Catch a bigfoot journalist or pundit at a social event or private gathering, and he or she will likely admit these truths. Scan the editorials and opinion pages of most major newspapers, and you’ll see the power of money decried on a fairly regular basis. But in the news stories, where it matters most, even our best reporters feel the need to put forth a fairy-tale narrative in which the United States enjoys a fully functioning democracy and our elections and laws accurately represent the genuine will of the people.

Media discomfort with reporting the truth about Republican extremism has often been (and will undoubtedly remain) a focus of this column. But today, let’s just look at the money. Take, for example, a recent story by Neil Irwin that appeared in The New York Times’s “Upshot” section, purported to be the paper’s most thoughtful and knowledgeable organ of political analysis. Irwin argues that Americans’ alleged disinclination to “soak the rich” is reflected in “the actual policies espoused by candidates for office and enacted by Congress.” When he notes that taxes on the wealthy have fallen in the past decade, he offers both a “liberal” and a “conservative” explanation for why this happened. Irwin and his editors don’t appear to think it worth mentioning that fewer than 1 percent of Americans contribute more than 80 percent of the campaign funding for the politicians who write these laws. These are, without exception, the wealthiest people in the country: According to statistics compiled by Americans for Campaign Reform, the top five zip codes of Manhattan’s Upper East Side—home to countless Wall Street tycoons—contribute more money than the residents of 39 states combined. And when you consider that far-right billionaires like Sheldon Adelson and Charles and David Koch have the power to demand that presidential aspirants pledge fealty to their ideological preferences and financial interests, the notion that our laws represent the collective will of the American people appears comical at best. Neil Irwin knows this, yet he writes his “Upshot” analysis from the point of view of a naive child who has never heard the words Citizens United or seen an episode of The Daily Show.

A similar game of “Where’s Waldo?” can be played with a recent Times story about the House vote to repeal the estate tax. At this year’s annual White House correspondents’ dinner, the Times’s Peter Baker was honored with the Aldo Beckman Memorial Award, which recognizes repeated excellence in White House coverage. Yet Baker’s reporting on the April 16 vote was miles from excellent.

Baker went on for nine paragraphs of “he said, she said” bickering before mentioning that, for all the crocodile tears spilled by House Speaker John Boehner over forfeited family farms and small businesses, “the federal tax currently applies to estates worth more than $5.43 million for an individual or $10.86 million for a couple. Assets above those levels are taxed at rates up to 40 percent.” In paragraph 11, we learn that the tax applies to just “0.2 percent of the deaths anticipated in the United States.” Additional facts that find no place in Baker’s coverage (but can be found on the website of the Center on Budget and Policy Priorities): In general, taxable estates pay less than a sixth of their value in tax, and a significant number of loopholes already enable many of them to avoid all taxes. Also, roughly 20 (!) small businesses and small farms owed any estate taxes in 2013; these were taxed at a level averaging less than 5 percent (most large estates have never been taxed for capital gains, which are also taxed well below the level of workers’ wages).

It should come as no surprise that the beneficiaries of an estate-tax repeal would be the wealthiest 0.1 percent of Americans, whose estates will generate nearly a quarter of a trillion dollars in revenue between 2016 and 2025, according to estimates from the nonpartisan Congressional Budget Office. Baker quotes Boehner calling this amount “nothing more than a drop in the bucket to the federal government,” but he fails to note how frequently the Republicans attempt to slash far smaller expenditures when the poor and working class are likely to benefit. Nor does he note that the folks who would benefit most from the estate tax’s repeal are the very same people whose massive donations to the Republican Party, its candidates, its political-action committees, and its alleged educational arms determine its agenda. This is an agenda, one might add, that is exclusively dominated by the interests of the super-wealthy—science, economics, and often even reality be damned.

It’s a cliché to note that in politics, “money talks and bullshit walks.” But too often, thanks to the frequent failures of our media establishment, the walk and the talk are one and the same.