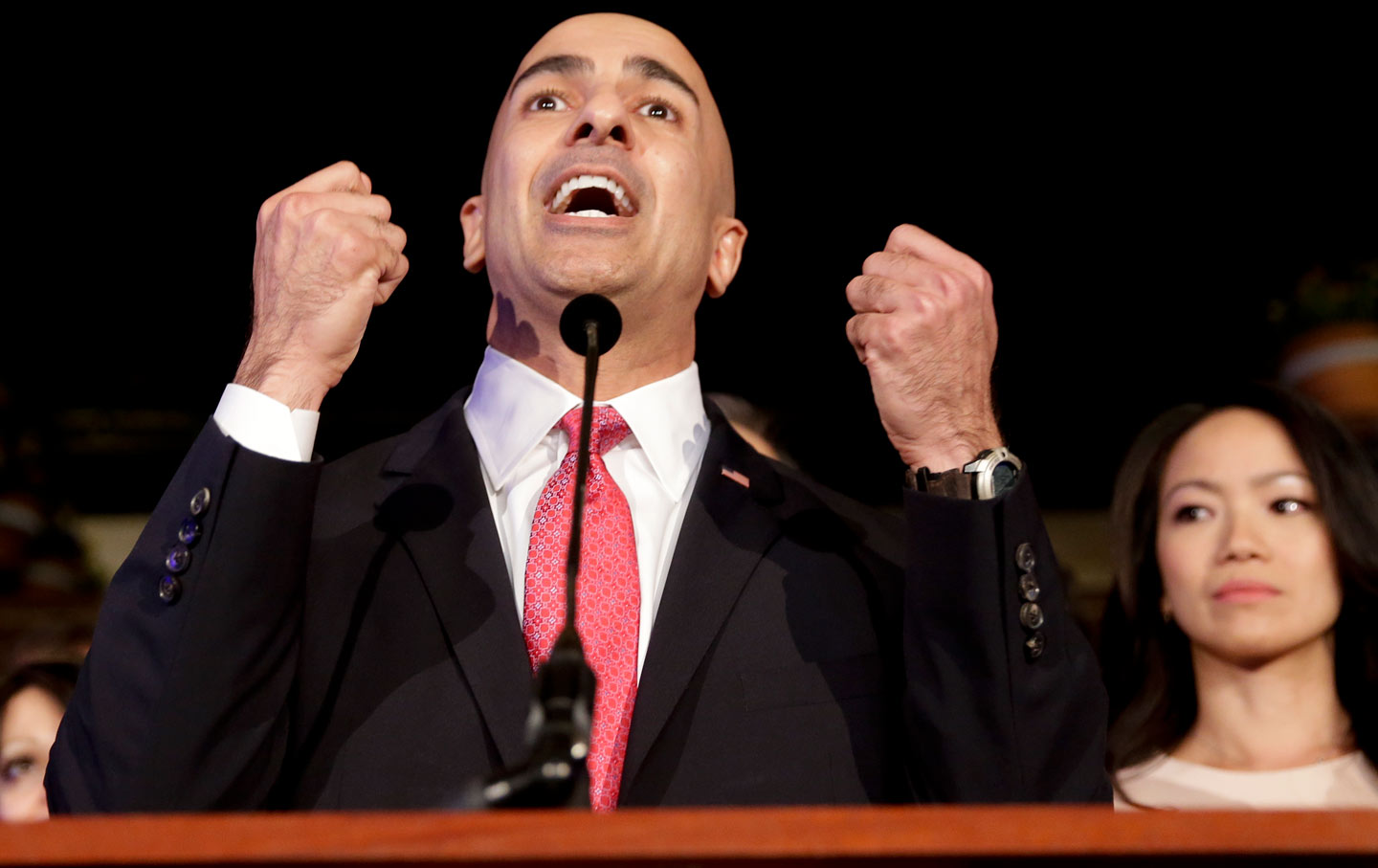 It’s hardly a secret that the halls of government are filled with graduates of Goldman Sachs, the controversial Wall Street investment bank. But the revolving door between Washington and Goldman has been spinning a little faster of late, depositing three of the bank’s alumni into top slots at the Federal Reserve in recent months. This should concern anyone with a commitment to democracy, transparency, and a government free of corporate influence—and it should prompt swift action from Federal Reserve Chair Janet Yellen, who has the power to stop dubious appointments and can exercise her authority to reform how Fed leaders are selected.

During the last year, three vacancies have opened up to head regional Federal Reserve banks around the country. One by one, all three of the spots have gone to former insiders from Goldman Sachs. First, Goldman Sachs trustee Patrick Harker essentially picked himself to lead the Philadelphia Fed, stepping down as chair of the Philadelphia Fed Board of Directors to allow for his own selection. In August, former Goldman Sachs Vice Chair Robert Kaplan was chosen to head the Dallas Fed despite sitting on the board of directors for the headhunting firm tasked with finding a new Dallas Fed president.

Now, just this month, the Minneapolis Fed tapped Neel Kashkari, who began his banking career covering information technology software at Goldman Sachs, as its 13th president and CEO. A protégé of former Goldman chief Hank Paulson, Kashkari can hardly be counted on to side with workers over banks. As the administrator of the federal government’s bank bailout program, the Troubled Asset Relief Program, Kashkari resisted calls for more accountability and better oversight of the way financial institutions spent billions in taxpayer money. And while running as the Republican candidate for governor of California last year, Kashkari lambasted labor unions and promoted austerity.

Once Kashkari takes his seat on January 1, 2016, one-third of the 12 Federal Reserve Banks will be led by someone with strong ties to Goldman Sachs. In addition to Kashkari and his two fellow (and they are all fellow) recent appointees, the New York Fed’s president, William Dudley, is also a Goldman Sachs alumnus. He served as the bank’s chief economist for ten years as well as partner and managing director.

The presidents of the 12 Fed Banks help carry out the Fed’s bank supervision responsibilities, so the revolving door between Goldman Sachs and key Fed posts should alarm us. But it is also hard to see how the Fed’s recent selection of three Goldman Sachs bankers conforms with the Federal Reserve Act requirement that Fed leaders “represent the public,” with “due consideration” given to a variety of economic backgrounds and perspectives.

This matters because regional Fed presidents play a key role in setting economic policy for the entire country. When the Fed meets in mid-December, for instance, regional presidents will be among the key decision-makers determining whether to raise interest rates. If the Fed does raise rates—at this gathering or the ones immediately following—they will essentially declare victory on economic recovery, overlooking anemic wage growth and continuing racial disparities in the unemployment figure.

As a nationwide coalition working to bring the voices of working families and communities of color to the Federal Reserve, the Fed Up campaign believes the Federal Reserve System needs to be governed by people sensitive to our community’s needs, which is why we have asked Chair Yellen to reform how Reserve Banks choose their regional presidents and directors, demanding greater transparency, considering candidates from diverse backgrounds, and providing the public with an opportunity for input. (The presidents are currently chosen by the banks’ boards of directors, which come from overwhelmingly corporate backgrounds.) Chair Yellen said she would consider these reforms, yet the presidential selection process has continued to result in the selection of bankers behind closed doors. It is for this reason the Fed Up coalition will travel from Capitol Hill to the Federal Reserve Building on December 1, delivering over 25,000 signatures calling on Janet Yellen to reform the process for selecting regional Fed presidents.

You’d think Chair Yellen would be sensitive to critiques that financial elites hold too much sway at the Fed. After all, it was just one year ago that secret recordings surfaced revealing that a top New York Federal Reserve regulator rolled over and allowed a Goldman Sachs deal to proceed, despite describing it as “shady.” And just last month, Goldman Sachs agreed to pay a $50 million fine after one of its employees was caught obtaining regulatory documents from former colleagues at the Federal Reserve Bank of New York.

Three Federal Reserve Bank presidential vacancies this year have provided three opportunities to insist for greater transparency and diversity. Yet that has not happened.

Yet as scandal after scandal has unfolded showing collusion between Goldman Sachs and the Fed, the Fed has done nothing to reform its own governance system. Three Federal Reserve Bank presidential vacancies this year have provided three opportunities to insist for greater transparency and the consideration of candidates of color, with backgrounds in the labor world, academia, or at community organizations. Yet that has not happened.

The overrepresentation of Goldman Sachs veterans is not the only way in which the Federal Reserve is lacking diversity. An analysis we performed earlier this year found that, of the 108 Federal Reserve Bank directors, all but 15 have a background in the corporate or financial sectors. At the same time, only 25 percent of those 108 are women, while 83 percent of the regional directors are white, and only 9 percent are black, 4 percent Asian, and 4 percent Latino.

The Federal Reserve is supposed to represent the public, not solely the interests of Goldman Sachs and big banks. It’s time for Janet Yellen to step up to her role as the Federal Reserve leader by insisting on a transparent and publicly inclusive process for determining how the Fed is governed.