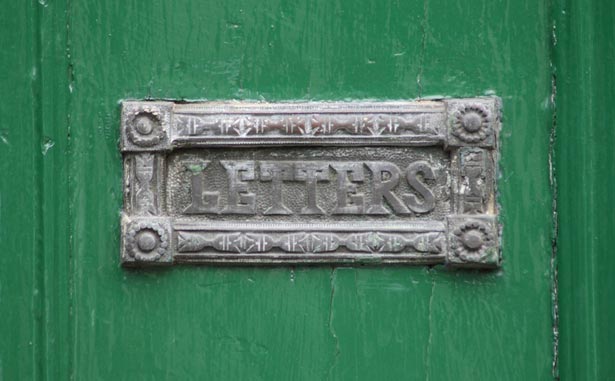 Americans, on average, like to think of themselves as average. As the wise C.J. Cregg put it on The West Wing: “This may come as a shock to you, but 80 percent of the people in this country would use the word ‘average’ to describe themselves. They do not find the term deprecating. Indeed, being considered an ‘average American’ is something they find to be positive and comforting.”

Now Nate Silver’s new endeavor, FiveThirtyEight.com, has taken the American appetite for normalcy and spun an advice column out of it: in response to bintel brief–type letters presenting quandaries, readers receive responses based, as is everything at FiveThirtyEight, on data. The results so far are mixed. Recently, Micah Cohen, a single 32-year-old, wrote in. He lives by himself, he wrote; was he normal? Columnist Mona Chalabi crunched the numbers and replied thus:

So, Micah, it turns out that living alone at your age is a rarity in America. But taking into account your gender, where you live and your education level, it seems you’re … well, you’re still not normal, but you are a little less abnormal.

What does knowing that he’s statistically “a little less abnormal” tell Cohen? How does it make him, or any reader, better off? In her introduction to the column, Chalabi writes, “I’m not a fan of advice columns in which the writer dispenses ‘you shoulds’ based on her experience. Instead, I’ll offer data to contextualize your experience.” But what “context” does this data really offer?

Averages can be contradictory and misleading. For instance, one of the smartest things that a young person can do, statistically speaking, is get married. (Listen up, Cohen.) Aside from the legal benefits, there are financial ones and health and psychological ones. But 60 percent of all marriages that take place when couples are 20–25 end up in divorce, so don’t get married until you’re 25+. On the other hand, don’t wait too long. Postponing marriage has serious consequences, especially if you want to have children. Get married, and then live, in a blue state, since “divorce rates are higher in religiously conservative ‘red’ states than ‘blue’ states, despite a Bible-based culture that discourages divorce.” (A blue state is virtually the only option for a same-sex marriage anyway.) Unfortunately, in a blue state, you may stay married, but you’ll be less happy.

Exhausted yet? Living by the numbers is a daunting, if not impossible, task. Just because most people do it doesn’t mean you should. What is good counsel across the board can make no sense for a particular individual, because an abundance of data does not make for better personal decisions. Going into engineering or another STEM field might make sense for the average student, based on the numbers; that is not terribly relevant information, however, for a graphic design major who detests math. Nor is it terribly relevant that living alone is abnormal for a thirtysomething if the right romantic partner, or roommate, hasn’t appeared.

It is forever tempting to measure ourselves against the mean. We look to our scales for reassurance about our weight and to our FitBits for reassurance that we are taking the recommended 10,000 steps a day. High school students crunch the numbers—GPA, SAT scores, ACT scores, SAT II Subject Test scores—to get a sense of whether they have a real shot at matriculating to their dream schools. Similarly, it is natural for twentysomethings and early-thirtysomethings to want statistics to back up their choices. But the illusion of control averages give us means very little. A person can make all the “right” decisions, to the degree that “right” decisions exist, and still get fired, or get divorced or get cancer. Alternatively, a person can stay married, employed, healthy, be altogether fortunate, and yet not feel fulfilled. Numbers can provide a general idea of how to be successful. They cannot lead a person to happiness. And that’s the rub. Chalabi undervalues the role that traditional advice columnists serve in guiding an individual to a course of action that could bring them a little closer to resolution. Like therapists, advice columnists exist less to offer “shoulds” than to listen. Through the very act of listening, they can change a conversation.

Chalabi takes Cohen’s question at face value. When seeking advice, the smartest choice is to trust the people who, like Carolyn Hax of The Washington Post or the now-defunct Dear Sugar of the Rumpus, know to dig deeper. Either would divine from Cohen’s question that what he might really like to know is whether he should take his mom up on her offer to cover his JDate costs. The best answer would have everything to do with him and nothing to do with averages.