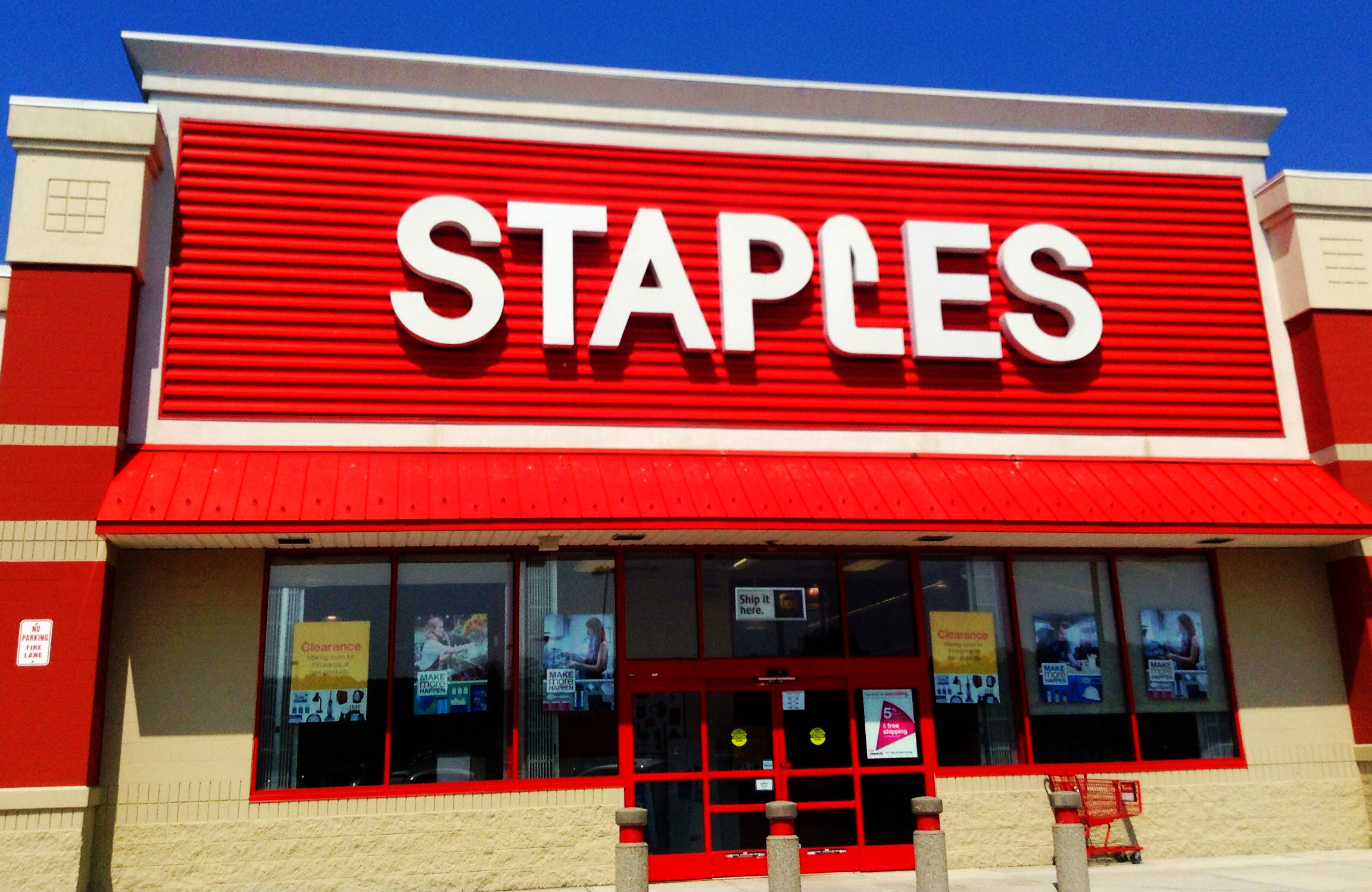 You might not consider your local post office to be a hotbed of political foment. But last Tuesday, the nation’s window clerks and other mail service staff assembled in Chicago to declare that, despite efforts in Washington to privatize and downsize the Postal Service, nothing would keep these workers from their appointed rounds.

Rallying with the American Postal Workers Union (APWU) under the banner of “The US Mail is Not For Sale,” post office workers marched to protest recent moves by the office superstore Staples. The chain is at the center of a highly controversial “public-private partnership” deal to turn its store counters into quasi-post offices. At the APWU convention, the union amped up its call for a nationwide boycott of Staples to oppose plans to pilot the so-called “Retail Expansion Plan” at eighty-two stores in California, Georgia, Pennsylvania and Massachusetts, and potentially expand nationwide.

Following weeks of postal workers’ campaigning, with support from the AFL-CIO and numerous public and private service-worker unions, Staples has apparently pulled back and announced that the expansion plan would be ended and incorporated into the existing “Approved Shipper” program, which more generally allows private retailers to market certain postal products. In an e-mail to The Nation, Staples states the company has ended the pilot for now, but “will continue to explore and test products and services that meet our customers’ needs.”

Calling the move a “ruse”—merely a name-change to deflect bad publicity—union leaders vowed to keep up the resistance. They remain wary of the potential expansion of the Approved Shipper program, seeing it as part of the USPS administration’s agenda of selling out postal infrastructure and union jobs to the Big Box retail industry.

In theory, the union supports making postal services more available—just not when those services come at the cost of the postal workforce. In analysis of the Staples plan published in April, APWU President Mark Dimondstein stated, “The APWU favors expanding service. But postal services must be provided by highly-trained uniformed employees of the U.S. Postal Service—whether it’s at the Post Office or Staples.”

Though many details of the plan were not disclosed publicly, internal and business documents indicate that the Retail Expansion Plan extended a trend toward commercialization by expanding privately managed postal access points and using Staples employees to take on traditional “window duties.” This would go far beyond offering products like stamps and boxes over the counter—a service that is already available at tens of thousands of private businesses nationwide—to actually replace postal jobs.

The potential impact of the Staples retail partnership was illustrated in San Francisco, where, according to the APWU, service cuts have coincided with the expansion of services at nearby Staples stores. In a May statement, following cuts to customer service hours at over half of local post office stations, San Francisco Local president Geoffray Dumaguit said, “They’re shutting the doors at 5pm and posting signs sending people to private locations—including Staples—to conduct postal business. This will inconvenience and irritate our customers, who often need to visit a post office after work.”

Postal workers raise concerns about both job and service quality. The APWU cites information on the deal revealed in a recent National Labor Relations Board hearing (along with a heavily redacted agreement) showing that “packages dropped off at Staples stores will be placed in unsecured containers” and not “considered ‘mail’” until received by the USPS, meaning that it lacks a level of federal protection. It also notes that the Staples employees would receive only a fraction of the amount of training that official postal clerks undergo, without completing the same background checks and would not be bound by a postal oath of duty. Staples retail associates might make as little as $9 per hour, compared to $25 per hour for a typical postal worker. The company could also purchase USPS products at a discount and resell them retail at full price, for a hefty profit.

Advocates have also challenged the USPS’s argument that expanding access to postal services via Staples would improve overall access. According to an analysis on Savethepostoffice.org by Steve Hutkins, “There are over 1,200 post offices within two miles of a Staples store”—a sign that additional outlets at Staples could be redundant. Unless, of course, the clandestine aim was to close “redundant” post office branches and allow Staples to corporatize postal retail work.

Hutkins tells The Nation via e-mail: “The fact [is] that the leadership of the Postal Service—along with many in Congress and the mailing industry—would like the USPS to get out of the retail end of the postal business. The Staples idea was just the latest attempt.”

In light of past public statements by the USPS suggesting parallels between the Retail Expansion Plan and the more explicitly privatized Contract Postal Units, the program appears to reflect the agenda laid out in a 2012 internal memo describing an “Approved Shipper Plus” program: that plan’s stated purpose was to help “determine if lower costs can be realized with retail partner labor instead of the labor traditionally associated with retail windows at Post Offices.”

The Staples initiative grew out of a longstanding push for postal privatization that began in the 1970s and intensified in the Reagan era, as Washington pushed to replace government functions with “free enterprise” solutions. In recent years, the USPS’s financial turmoil—driven in large part by pension funding gaps that many see as the artificial product of budget manipulation—postal officials have schemed of programs to consolidate postal outlets and incrementally shrink the (allegedly overpaid and bloated) workforce.

In its 2013 report to Congress, the USPS boasted, “To improve efficiency and reduce costs, we consolidated 143 mail-processing facilities, eliminated 1,847 delivery routes, and…reduced the size of our career workforce by more than 37,400 employees during the year” through attrition, and at the same time, “the Approved Shipper program increased its annual revenue by 57 percent.” Closures of government-run post offices have numbered about 100 annually in the past four decades.

Mark Jamison, a former postmaster and now postal labor activist, says via e-mail about a combination of eroding retail operations and contracting out critical functions, “Privatization is coming through a thousand little nudges and cuts, not through a grand gesture—it will sneak in, is sneaking in through the back door.”

The response to creeping privatization has been clamorous labor mobilization. The Staples boycott campaign draws on the USPS’s legacy of providing a relatively equitable, meritocratic labor structure to marginalized groups, particularly black workers, due to early adoption of non-discrimination employment practices. The APWU also appealed to customers who see their post offices as pillars of their communities. As an institution and civil service, postal labor still holds considerable political leverage.

The American Federation of Teachers, representing another embattled public professional workforce, also recently voted to join the boycott. So educators across the country could potentially deny Staples of a major chunk of its back-to-school supply business.

Meanwhile, Staples faces financial troubles as well, even shuttering an estimated 225 of its own stores. Perhaps from a business standpoint, the corporation’s recent walkback on the partnership points to growing fear that, with a boycott, the program might hurt its bottom line more than it helps.

So, even if free-market forces threaten to ravage the postal service, your neighborhood postal clerk can still compete on brand. “The postal network is useful and essential infrastructure,” Jamison argues, and in the long run, “the current efforts are akin to privatizing the highway system, or eliminating any oversight over utilities.”

In recent years, communities have turned out to defend their local post offices from closures, with grassroots petitions and protests to preserve one of the last pillars of our communications infrastructure that truly belongs to the public. The solidarity between community and labor suggests that, on top of concerns about losing the social services of a highly trusted institution, both customers and workers see value in a public organization that offers a living wage and a strong union. The civic investment embodied in the postal seal still delivers a moral dividend that no corporation can match.