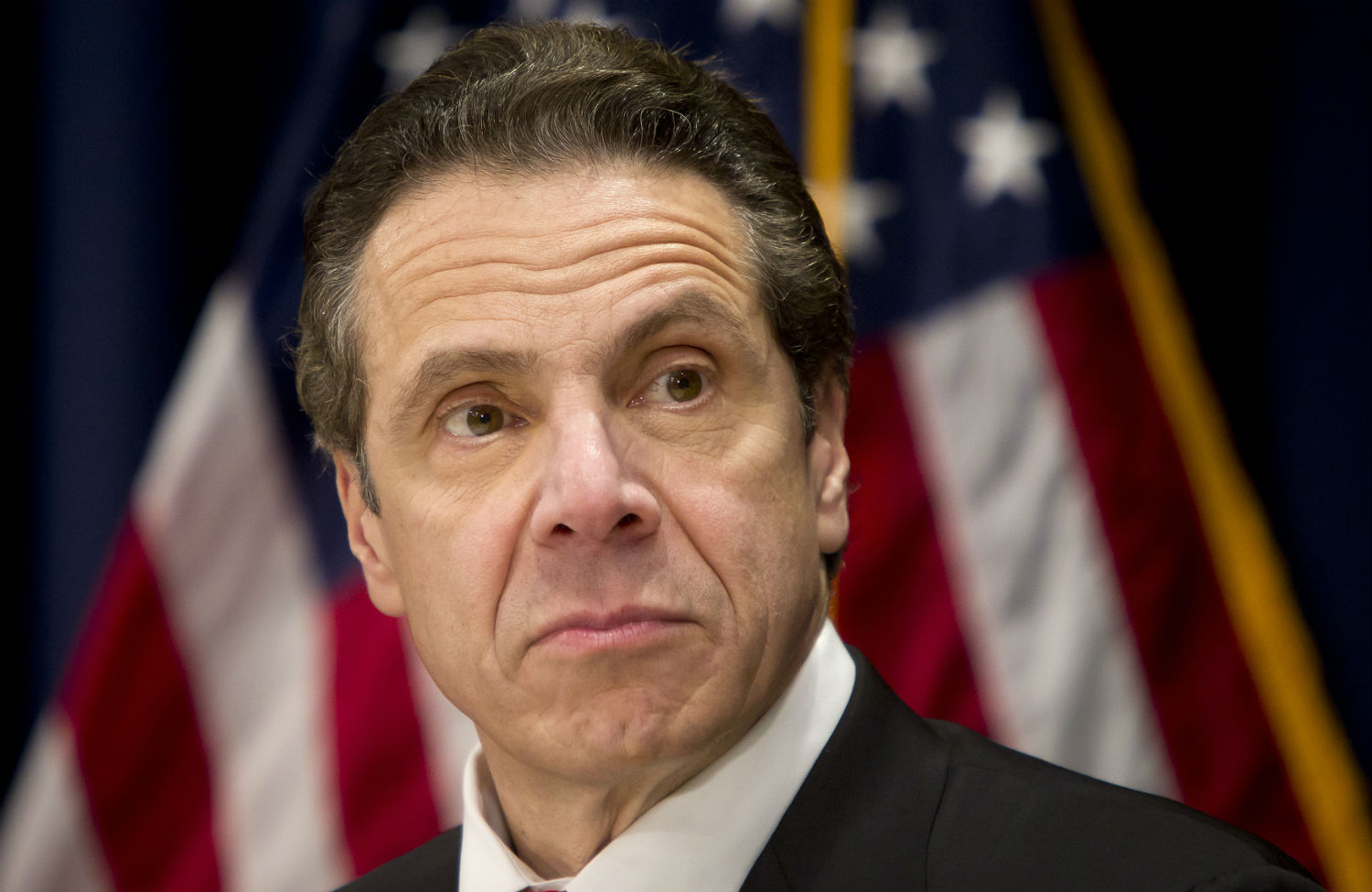 In late January, as part of his annual State of the State address, New York Governor Andrew Cuomo announced that he is doubling down on standardized testing. In his quest for superior numbers, he proposed tying teachers’ fates even more tightly to high-stakes tests by hiking the portion of their evaluation that is based on students’ scores from 20 percent to 50 percent.

This is a disastrous proposal. Self-preservation is almost certain to force teachers, trained to educate the whole child, to teach, mainly, the test-taking child. And as evidence from studies, reports and teachers own observations piles up, the test-taking child is a much more brittle creature than her whole-child counterpart.

This is a far cry from what learning used to be like in New York. When my generation came into the teaching profession in the late 1960s, superintendents would typically give motivational speeches at the beginning of the school year to inspire our idealism. They quoted Plato and the classics to remind us about the uniqueness of each of our students and the importance of balance in our instruction—“a sound mind in a sound body.” This holistic approach to education also embraced the children’s physical and social well-being.

Such was the philosophy that had driven the liberal arts and sciences curriculum historically, and the training of generations of teachers.

My cohort from Queens College in 1968 was prepared to teach a K-6 curriculum by singing with our students and playing simple songs on the piano and recorder. An elementary school teacher in those days had to teach basic art lessons, direct plays, recite poetry, choreograph dances and produce programs for assemblies—as well as teach reading, writing, arithmetic, history, geography, science and civics.

Just before I retired in 2007, I attended my last beginning-of-the-year motivational meeting. It had become “motivation by the numbers.” The new regional superintendent came to tell us that our school was in danger of getting a failing grade from the New York City Department of Education. She proceeded with graphs and charts to show exactly how we could bump the last year’s reading test results to her projected scores for that year. A fourth grade teacher sitting next to me whispered, “She sounds more like an actuary than an educational leader.”

If you’ve had suspicions all along that today’s testing-first ethos was meant to benefit corporate America more than schoolchildren, read Anya Kamenetz’s fine new book, The Test: Why Our Schools Are Obsessed With Standardized Testing—But You Don’t Have to Be. In it, Kamenetz describes the developmental, historical and mathematical fallacies that proponents have used to justify standardized testing, thus inflating the profits of a business that has “risen from troubling beginnings to become a $2 billion industry controlled by a handful of companies and backed by some of the world’s wealthiest men and women.”

Consider the evidence she mounts in the chapter “Ten Arguments Against Testing,” which relies on research about the cost of standardized testing, impact on families, effect on teacher and student motivation, frequency of cheating and tendencies of states to game the system. You can only conclude that the “25 percent of the school year engaged in testing and test prep” must be for today’s “educational reformers” what bloodletting-with-leeches was for eighteenth-century physicians: a radical course of treatment following a diagnosis riddled with false assumptions that can kill a patient with the “cure.”

Despite such obvious flaws in the medicine, Governor Cuomo insists on implanting more leeches onto the necks of more children than ever before.

“Leech the students” has been the answer for improving public education in America for the past quarter century. In 1989, President George H.W. Bush called on the Business Roundtable, an organization of some of the country’s most powerful CEOs, to apply their collective might to improving American schools. Its recommendations, now the cornerstone of “education reform,” called for applying the business model to schools, teaching to learning outcomes, expanding standardized testing, and rewarding and penalizing students and schools based on performance.

Ever since then, the multifaceted interactions between teaching and learning have been drastically dumbed down to the point where men who manufacture electronic widgets, sell cheap stuff in big stores, manage hedge funds or govern states now consider themselves educational experts. Their “expertise” has been the authority for writing the prescriptions for “education reform” policy: immobilize the education system in a thick cast of charter schools, vouchers, material incentives for students, etc., while steadily sucking music, art, drama, dance, sports, shop, civics, science, history and literature out of the curriculum to make more time to drill students in the tedious skills demanded by high-stakes math and reading tests.

Before Governor Cuomo demands yet another volume of blood for teachers to extract from their students, he should be urged to consult with those 21st-century scientists who study how young people naturally learn and grow. He should be curious enough to find out what the latest research says about how a human brain functions. With the help of modern science, the governor should investigate his assumptions that testing makes for learning and that higher test results make for better teaching.

One place he might turn as an example is Germany. In response to suggestions for “education reform” that were based on assumptions similar to those in the United States, Germans undertook an actual study to test the hypothesis. As described in “Crisis in the Kindergarten,” a 2009 report by the Alliance for Childhood, Germany switched in the 1970s from play-based kindergartens to “centers for cognitive achievement.” But they set up a long-term study comparing the results of 50 play-based classrooms with 50 academic ones. By age ten, the children who had played in kindergarten surpassed the others in reading, math, social and emotional adjustment, creativity, intelligence, oral expression and “industry.” As a result, the Alliance for Children reports, Germany went back to a play-based approach to early education.

As a junior-high-school English teacher turned K-8 drama teacher, I was once working with a Langston Hughes poem, “The Dream Keeper,” in a class of third-graders at PS 140 in the Bronx. My technique was to teach the children to recite the poem dramatically first and then analyze it only after they knew it by heart. When the time came to comprehend the archetypical character of the poem, I asked the class, “So, what kind of a person do you imagine the Dream Keeper is?”

In all my experience teaching the poem, kids had found the figure benevolent and grandfatherly, which is to say, nurturing. After several of those typical responses, one little boy raised his hand and said he felt the character was frightening—someone stealing his dreams and creating nightmares instead.

This is a teachable moment. It calls for instruction that cannot be scripted or coerced. Knowing the collected work of Langston Hughes, I could have easily made an excellent case to the student that “dreams” are always precious to this poet, and that Hughes intends to encourage children to dream by using such a character. But how could I get the student to see this for himself? If my goal were to teach the child from the outside in, then I could have told him that his interpretation was wrong, and why. That would be a lesson drawn from my teacher’s analytical-reasoning toolbox. Fortunately, as a drama teacher, I had another toolbox as well. I asked my young actor, “If the Dream Keeper is a mean person, then what would his voice sound like?” The kid couldn’t answer. Another student giggled, and raised her hand. Using a harsh and scary voice, she growled, “Bring me all your dreams, you dreamers!” and the whole class cracked up, including that boy. Over and above their intellectual comprehension of the poem through analysis, my class had the skills to act out what the words said. When one of them gave the poem a voice like that, her interpretation sounded ludicrous. By having studied dramatic arts, every student could feel the meaning of the poem from the inside out.

That is exactly why broadening, and not narrowing, the education children receive in New York State schools is a better policy. This would be the opposite of blood-letting. Such a treatment plan would require massive transfusions of instruction in the arts (acting, singing, dancing, drawing) as well as more physical activity during the school day, more activities that encourage manual dexterity (think woodworking or knitting), and more social and emotional learning.

From now on, we must stop enabling this so-called “education reform” movement as if it holds a patented cure for our ailing system. This decades-long practice of voodoo education is the biggest cause for why our children are withering in school.

Before the governor sends out the next batch of leeches into the classrooms of New York, he should prescribe a curriculum that must educate the whole child.