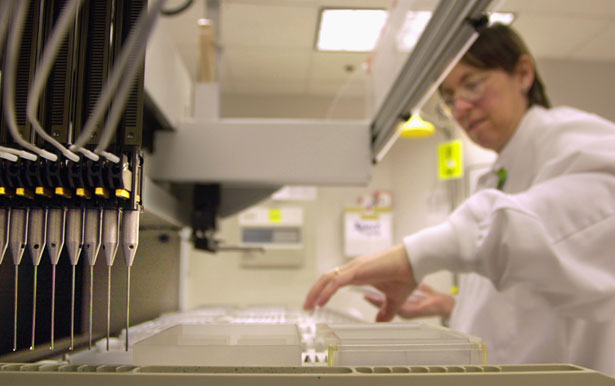 For those unaware of how much biotechnology is changing the very nature of human identity, now is the time for a quick game of catch-up.

A good place to start might be Bregtje van der Haak’s documentary film, DNA Dreams. It highlights the resources being expended, globally, to pursue utopian visions of “curing” just about every social misery, through genetic manipulation. Disease, hunger, stupidity… it will all be edited out of the genome; whilst harmony, musicality and soaring intellectualism will become the new norm, just by transplanting our mitochondria, editing our nuclei, enhancing our chemistry.

Of course, if you believe that complex traits like intelligence or sociality or political disposition are entirely reducible to genetic functions, I won’t be able to dissuade you here. Welcome to Oz. But if you worry that factors like education or diet or stress or race—or kindness and cruelty—have at least equal claim upon our life prospects, then take a look at a few recent bioethical happenings begging for our collective attention.

A momentous technological revolution is unfolding in our very real, no longer fictive ability to easily and cheaply alter the human germ line. A technological development called CRISPR, which stands for “clustered regularly interspaced short palindromic repeats,” allows scientists to both delete and add heritable genetic variants. Worried about Alzheimer’s? Ovarian cancer? Parkinson’s? Simply edit it out of your body, or that of your children’s children. Don’t like red hair? Short stature? Big nose? Ditto. Want strong bones? Resistance to heart disease? Oh, snap. The process is so simple and low-cost that, according to Harvard University geneticist George Church, it’s “going to get to the point where it’s like you are doing the equivalent of cosmetic surgery.”

Real debate about this is emerging in the scientific community. In the past few weeks, there have been calls from an impressive array of scientists—including Church and a number of those involved in the discovery of CRISPR—to slow down its use in humans. Some scientists have called only for a public conversation; others have called for a moratorium, arguing that the technology effectively allows non-consensual experimentation on future human generations.

But many more scientists see this technology as an irrefutably good thing. Says bioethicist John Harris, of Manchester University in the UK, “The human genome is not perfect… It’s ethically imperative to positively support this technology.” Earlier this year, the National Institutes of Health launched an initiative “to leverage genomics, informatics, and health information technology to accelerate biomedical discoveries.” This week, NIH announced the panel overseeing the project. It includes representatives of corporations like Intel and Google, the Defense Department, and a healthy array of venture capitalists. The goal is to create a “national research cohort of about 1 million people, whose biological data, as well as environmental, lifestyle and behavioral information” is to be shared with researchers.

One obvious question is where they will find a million samples. Most will come from the data of anyone who’s ever sent in a spit sample to direct-to-consumer genetic research companies like 23andMe, and particularly from people who’ve participated in the chat-room conversations such companies host in order to mine your lifestyle choices. If you’ve engaged these companies, you likely agreed to submit your data for research and development, whether you remember providing specific consent or not. Building data sets for experimentation and pharmaceutical development has always been the wealth generator for such companies.

The quest for so-called “precision medicine” is driving a shift in ethical guidelines that is breathtakingly broad. As sociologist Nikolas Rose has observed, the very project of medicine seems to have shifted from a metric of health versus disease to one of ever-expanding perfectibility of the species itself. Public health organizations like the NIH seem increasingly aligned with organizations whose ethics are driven by proprietary interests rather than public health. The structure of labs in today’s world means that individual researchers stand to make billions, through assays and patents.

This is not to blame scientists: that’s their job, their passion, as well as their potential profit. But the trouble with profit motive as an ethical framework for human health and heredity is that it deploys a risk-benefit analysis. It directs our gaze to the brand new, the miraculous, the happy making potential of product. Corporations are responsible to their shareholders, not to public interest. If there are risks, they will be downplayed, a lesson would ought to have learned from lead or tobacco or coal companies. And even where there are “miracle cures,” the benefits of that research will not necessarily be available to everyone. Without a plan for distributed benefit, we will have a system where “perfected” or socially preferred traits will be available only to the highest bidder.

So now we witness a rat race to the patent office, a lunge to own all parts of the genome, to close down the public commons of science. The urgency is framed in a way that exploits our anxiety about mortality itself. Hurry up or you’ll die of an ugly disease! And do it so that “we” win the race—for everything’s a race. A race against time. A race to market. A race to better babies, better boobs.

Let me be clear: I am not against research in principle. I do not even believe that there are necessarily clear boundaries between what we call natural and artifice, or even human and non-human. But the human body is a complex system, a biome within biomes. We are at the very beginning of our appreciation of its genetic as well as cellular, bacterial and viral complexity. We are still only beginning to understand the cascading effect that the stresses, starvations or traumas of one generation can transmit epigenetically to future generations.

From thalidomide to global warming, short-term risk-benefit analyses have led us down paths of irretrievable harm. What we have failed to imagine has been excused as “inconsequential,” swept under the rug as “side effects,” lessons learned rather than lives ruined. The post-War aversion to eugenics—the understanding that despite great variability from one human to another, no one life is worth more than another—has eroded. Never have we more needed thoughtful, unrushed and thoroughly democratic models of transparency, public discussion, and distributive justice.