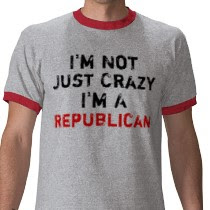 Madness was a recurring theme in American politics last year. I received daily calls, emails, texts, and tweets from folks on the Left declaring “these Republicans are crazy,” “the GOP has gone mad,” or simply, “this county is nuts.” “Wingnuts” became a common way to describe vehement, political opponents on the Right.

Americans have an interesting history of conflating our political disagreements with diagnosis of mental illness. In a terrific new book, psychiatrist and historian Jonathan Metzl tells one of these fascinating stories. Metzl’s book, The Protest Psychosis: How Schizophrenia Became a Black Disease is exceptional and unexpected.

The text’s central argument is that mental illness is not solely (or even primarily) a biological or medical reality; it is largely a social construct. Madness is often diagnosed in those who do not conform to social norms, especially norms governed by identities like race, gender, and class. Illustrating this point, Metzl reminds readers that in the 1850s, American psychiatrists believed enslaved blacks who ran away from white enslavers were suffering from a mental illness called drapetomania. This illness, psychiatrists maintained, could be cured by excessive whipping.

Lest we snicker at the obviously racist and primitive assumptions of 19th century mental health professionals, Metzl spends the rest of the text tracing the 20th century story of schizophrenia.

At the turn of the 20th century schizophrenia was a diagnosis typically given to middle-class, white women whose behavior was deemed embarrassing, distressing, and inappropriate by their husbands and families. This disease of the double-mind was often attributed to white, intellectual geniuses as well. (Think of the popular book and film A Beautiful Mind) Throughout the first half of the 20th century, medical professionals diagnosed white patients as schizophrenic and typically described these patients as docile, non-threatening, and in need of therapuetic nurturing.

A dramatic change occured in the 1960s. During this era schizophrenia was increasingly diagnosed in “Negro men.” As black men were more firmly associated with the disease, psychiatric communities and popular culture came to understand schizophrenia as a disease marked by violence, hostility, aggression, and requiring powerful psychotropic medication.

Metzl draws his book title from a 1968 article in the Archives of General Psychiatry where leading physicians describe “protest psychosis” as a condition where black men develop hostility, aggression, and delusional anti-whiteness after listening to Malcolm X, joining the black Muslims, or engaging in Civil Rights protests.In short, when African Americans experienced anger, distress, and disillusionment when faced with the crushing realities of Jim Crow and second-class citizenship, the medical establishment labeled them crazy and dangerous.

In the 1850s slaves seeking freedom were described as mad. In the 1920s women unwilling to conform to the constraints of domesticity were treated as insane. In the 1970s black people who wanted equality were thought to be nuts.

Metzl writes, “the transition of schizophrenia from a disease of white, feminie docility to one of black, male hostility resulted from a confluence of social and medical forces.”

This insight is a powerful intervention at this historic moment. It forces us to reexamine our beliefs about the nature of disease, the process of medical diagnosis, and the influence of the political world on our racial ideas. Implicitly, it also cautions us about the consequences of deploying “madness” as a description of our political adversaries.

Metzl is a practicing psychiatrist. He intimately understands how people with mental illnesses suffer. He is a physician who prescribes medication, and acknowledges the dramatic, positive effects biomedical intervention can have to alleviate that suffering. But he is also a historian and a political theorist, keenly aware that the dramatic changes in definition and diagnoses of mental illness are as political as they are medical.

On nearly all matters of policy and politics I disagree with the birthers, the deathers, the tea baggers, most GOP office holders, a significant number of Southern Democrats, and more than a few members of my own academic department. While I judge them to be stunningly wrong-thinking, I am hesitant about labeling my adversaries “crazy.”

Red-faced screaming at town halls, audacious lies about President Obama’s citizenship, and incomprehensible obstruction tactics by legislators might be symptomatic of mental instability, and they are clearly indicative of deep human suffering, but the “crazy” label does more to obscure our understanding of our differences than to illuminate them.

Metzl’s book is a reminder that diagnosing individuals encourages blindness to the social structures in which these individuals operate. Slavery was the madness, not the escaping slave. Racial inequality is the illness, not the Civil Rights Movement.

We learn more and can more effectively influence social change when we consider the situation of our conservative opponents. Their “craziness” might seem more reasonable when we consider the tactics of fear-mongering and race-baiting that have long characterized American politics. A decade of unaccountable government might explain some of the paranoia. Shouting matches that pass as nightly news are implicated in the lack of civility with which they engage. It may not be our opponents who are insane, but instead the zero-sum, winner-take-all approach to politics, which is truly crazy.

Let’s be careful as we diagnosis the problems.