Dear Liza,
When is it reasonable and in good taste for a straight man to comment on a woman’s appearance? Lately I’ve noticed that I cringe and tense up whenever male friends talk about their girlfriends’ asses or prettiness or whatever else. For a second, I thought this might be because I was jealous, but I think it might genuinely be that a man just can’t talk about a woman’s appearance without sounding like a total misogynist. Am I being too much of a feminazi?
—Feminazi?1

JJust about every creature whose reaction can be studied responds to a fellow animal whose facial symmetry, bright yellow feathers, or other superficial features it finds pleasing. Humans are lucky enough to have language to discuss such delights. In a post-patriarchal world, as well as one with a more imaginative view of human attractiveness, perhaps no one would ever object to such conversation. But we’re not there yet.3

Straight men should feel free to sing a lovely woman’s praises among close friends, but should also anticipate and avoid some pitfalls. It’s obnoxious to do this in a professional setting (and some are now reaping the consequences in this #MeToo moment), because it creates an atmosphere in which women feel judged by criteria other than their own competence. Conventionally hot women fear their appearance is a distraction from their professional worth, while other co-workers feel invisible. Outside of work, it’s fine to praise physical beauty with other men and women who—and this is an important caveat—are known to enjoy such conversations. This might or might not include former lovers; sometimes we settle into a comfortable camaraderie with those whose beds we have shared, and they become exactly the companions with whom we want to discuss other people’s asses. But given how tired women get of being rated on their looks every day, men should understand that many women don’t ever want to put up with such banter. And not all men want to hear it, either. What our current president calls “locker-room talk,” the feminist poet and essayist Adrienne Rich called “compulsory heterosexuality.”4

Dear Liza,
I’ve always really liked children. Their humor, honesty, curiosity, and wide-ranging emotions move me immensely. But as I find myself well into my reproductive years, I wonder if it’s fair to bring children into such an indescribably sad world. Sure, there is friendship, springtime, good wine, a beautiful book, and a swim in the sea if we’re lucky. But even if I were able to guarantee this hypothetical child a middle-class life (which feels increasingly difficult given tuition costs, rent, etc.), witnessing the world right now is incredibly painful: Syria, starving polar bears, antibiotic-resistant superbugs. Even when we are safe ourselves, remaining cognizant of what’s going on around us feels excruciating. How does one in good conscience bring a being into this world in such dire times, which will probably (socialist revolution pending!) only get worse?
—Sad5

The state of the world is terrifying, but there’s also reason for hope. People have always had children in a spirit of possibility, and in much scarier circumstances than ours, including plague, famine, war, genocide, and grinding poverty.7

And actually, Sad, not everything in our world is getting worse. One of the problems with leftist discourse is that we think no one will listen to us unless we emphasize how horrible things are. We then convince ourselves of this and get very depressed. But consider what’s improving: If your child is gay or transgender, they will enjoy a far more welcoming society now than they would have even 15 years ago. The percentage of people worldwide living in extreme poverty has dropped dramatically in recent decades. And we’re on our way to eradicating many horrendous diseases. For example, the Guinea worm, which afflicted 3.5 million people globally in 1986, has virtually disappeared. Cases of polio have dropped by 99 percent since 1988, and the World Health Organization is hoping to eliminate measles and elephantiasis by 2020. These developments are worth cheering not only in themselves, but also as reminders that humans are smart enough to solve many of the world’s most pressing problems.8 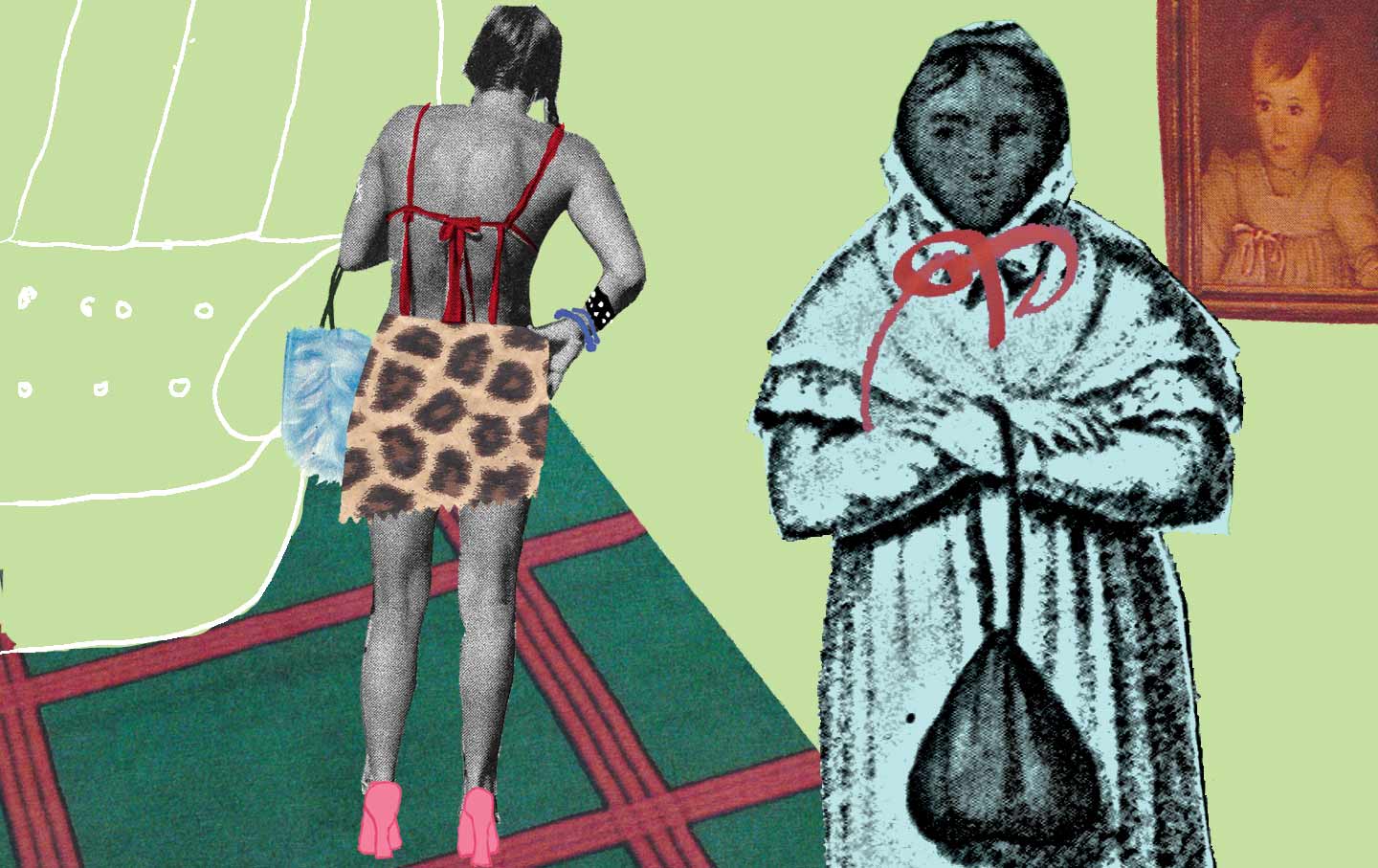 While the calamities caused by climate change will be serious, if we look overseas, there is cause for optimism even on the environmental front. European Union countries have a binding agreement to use 35 percent renewable-energy sources by 2030—and by 2035, all new cars sold in Europe will be electric. Yes, the plight of the polar bear is heartbreaking. But recently, conservation efforts have saved other previously endangered species. Last year, two species of kiwi were removed from New Zealand’s endangered list. Granted, they aren’t as cute as polar bears, but how about the giant panda? That indisputably adorable animal, while still vulnerable, is no longer endangered, thanks to China’s program of reforestation, crackdowns on poaching, and other efforts on its behalf.9

No one on the left ever wants to hear this, but do you know who’s far more serious about making babies than we are? Right-wing religious fundamentalists. If we care about the future of the planet, relinquishing reproduction to ignorant reactionaries hardly seems wise.10

If you have children, Sad, you’ll still fret about these larger questions, but you’ll worry more about your kids falling down the stairs, getting hit by a car, or (once they get a bit older) driving home drunk. Child-rearing is a relentless series of wrenching, concrete challenges that sometimes shrinks our universe down to the exact dimensions of its everyday terrors, tasks, and joys.11

Still, children have a salutary effect on our own politics. When we bring them into the world, they in turn bring us into it in a new way, giving us a greater stake in the future and even more reason to fight.

Have a question? Ask Liza here.12