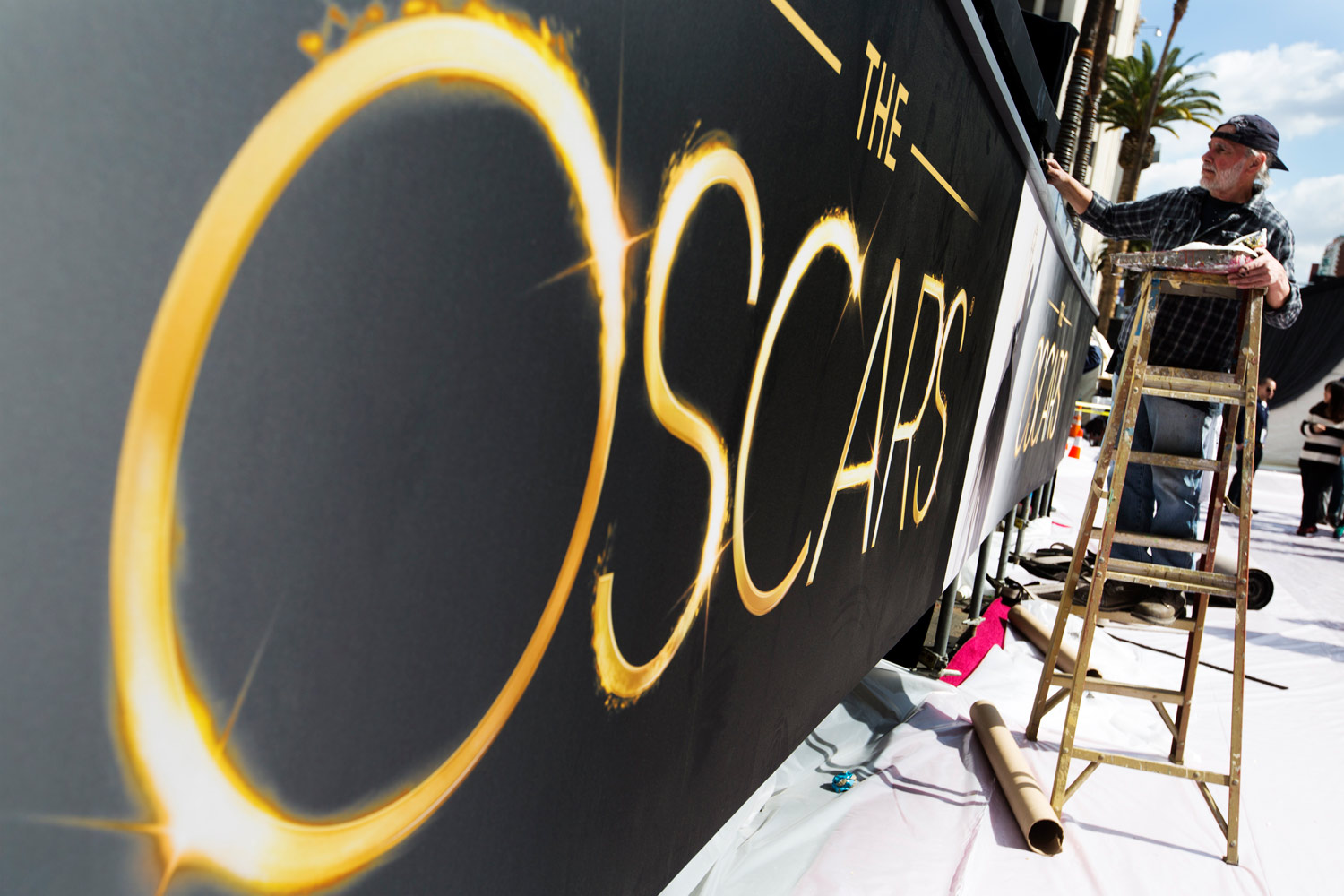 As members of the Academy of Motion Picture Arts and Sciences think about whom to vote for, we might pause for a moment to reflect on whom we’re not going to vote for. In the key categories of screenwriting and directing, we won’t be voting for any women. This has hardly gone unnoticed inside the Hollywood buzz factory; reactions include embarrassment, anger, shame, guilt, silence. But the prevailing response is a shrug. What do you expect from an institution whose members are 77 percent male, with a median age of 62, 86 percent of whom are 50 or older?

Between 2005 and 2012, the last year for which the Writers Guild of America has complete statistics, the percentage of women hired to write movie scripts actually declined, from 19 percent to 15 percent. Action films in particular—the ones costing $200 million and more, needing to gross over half a billion in order to make a profit—are often seen as the province of male writers. The hiring of nonwhite minorities in Hollywood, both at the studios and among most of the so-called independents, remains glaringly below any cultural, much less statistical, reality in America. What happens to women of any color is one slice of that problem.

Ever since its founding in the 1920s, the motion picture academy has been a largely white, male preserve. Plus ça change…. In other words, where women are concerned, it was ever thus.

Actually, it wasn’t. The maleness was always there; the age was not. In the Oscars’ infancy during the late 1920s, the men who ruled both Hollywood and the motion picture academy were in their 20s, 30s and 40s. Irving Thalberg, who ran Universal Pictures at the age of 20 and cofounded MGM when he was 24, had just turned 30 when the first Academy Awards ceremony was held, in 1929. Carl Laemmle Jr., who was about to produce such films as All Quiet on the Western Front, Dracula, Waterloo Bridge, Frankenstein and Show Boat, was barely 21. Louis B. Mayer, who created the idea of the Academy Awards, had seniority, but he was only 44 at the time of the first Oscar ceremony.

During the silent movie era, according to film historian Kevin Brownlow, when a film was green-lighted, “The producer then assigned the property to a scenario writer, usually a woman.” Brownlow profiles the witty satirist Anita Loos, who later became famous for her novel Gentlemen Prefer Blondes, but who spent most of her long career writing screenplays. Screenwriters today consider themselves truly fortunate if one out of every three of their screenplays gets made. A staggering statistic: by 1915, Anita Loos had written 105 scripts, of which 101 were made into films. In our time, a counterpart to Loos was Nora Ephron, who was even more gifted yet had to fight for every inch of her filmmaking authority. Like Ephron, Loos was indefatigable, and she was sought after everywhere in Hollywood. She wrote five films for Douglas Fairbanks Sr., which made him the biggest star in Hollywood along with his wife, Mary Pickford, for whom Loos also wrote scripts.

Brownlow celebrates the importance of screenwriters in early Hollywood. “A solid core of first-class writers, nearly all of them women, grew up as the importance of the work began to be recognized: Frances Marion, Eve Unsell, Clara Beranger, Edith Kennedy, Bess Meredyth, Ouida Bergère, Beulah Marie Dix, Marion Fairfax, Jeanie MacPherson, Lenore Coffee, Hector and Margaret Turnbull, and June Mathis were to remain top scenarists throughout the silent era.” OK, unless you’re a scholar or collector of trivia, you don’t recognize these names, but you also don’t know the identities of most current screenwriters who aren’t named Aaron Sorkin.

To take the first name on Brownlow’s list: Frances Marion, a contemporary and close friend of Anita Loos, wrote 325 scripts from the teens into the 1940s, won two Academy Awards and became the first vice president of the newborn Screen Writers Guild. In a luminous and revealing biography of Marion, Cari Beauchamp describes the third Academy Awards ceremony, which was held in 1930. At the time, Marion “was already credited with writing over one hundred produced films.” The highest-paid screenwriter in Hollywood, Marion won an Oscar that night for writing The Big House, a drama that took place in a men’s penitentiary, hardly what anyone would call a woman’s movie. At that time, there were only eight Oscar categories, which meant a mercifully shorter show than the one scheduled for late February. Films written by Marion were nominated in all categories except Interior Decoration.

In the 1930s, Marion began an adaptation of Pearl Buck’s novel The Good Earth. She got Irving Thalberg’s permission to drop the project when her former husband George Hill, who had been scheduled to direct it, killed himself. Thalberg brought another woman, a novelist and short-story writer named Tess Slesinger, out from New York to write the screenplay. She was my mother, and she went on writing screenplays with my father, Frank Davis, until her death. For her final screenplay, A Tree Grows in Brooklyn, the first film directed by Elia Kazan, she received an Oscar nomination.

Women never ruled Hollywood, but their creative talent, their ideas themselves, were once far more widely recognized and valued in the filmmaking community. Even now, when women are hired as executives more than they were in past decades, female filmmakers are still rare. What remains both sad and scandalous is that the cinematic contributions of half the population to our sense of ourselves, to our joy and entertainment, to the cathartic effects of art itself, are simply, mostly, not there. Peter Davis