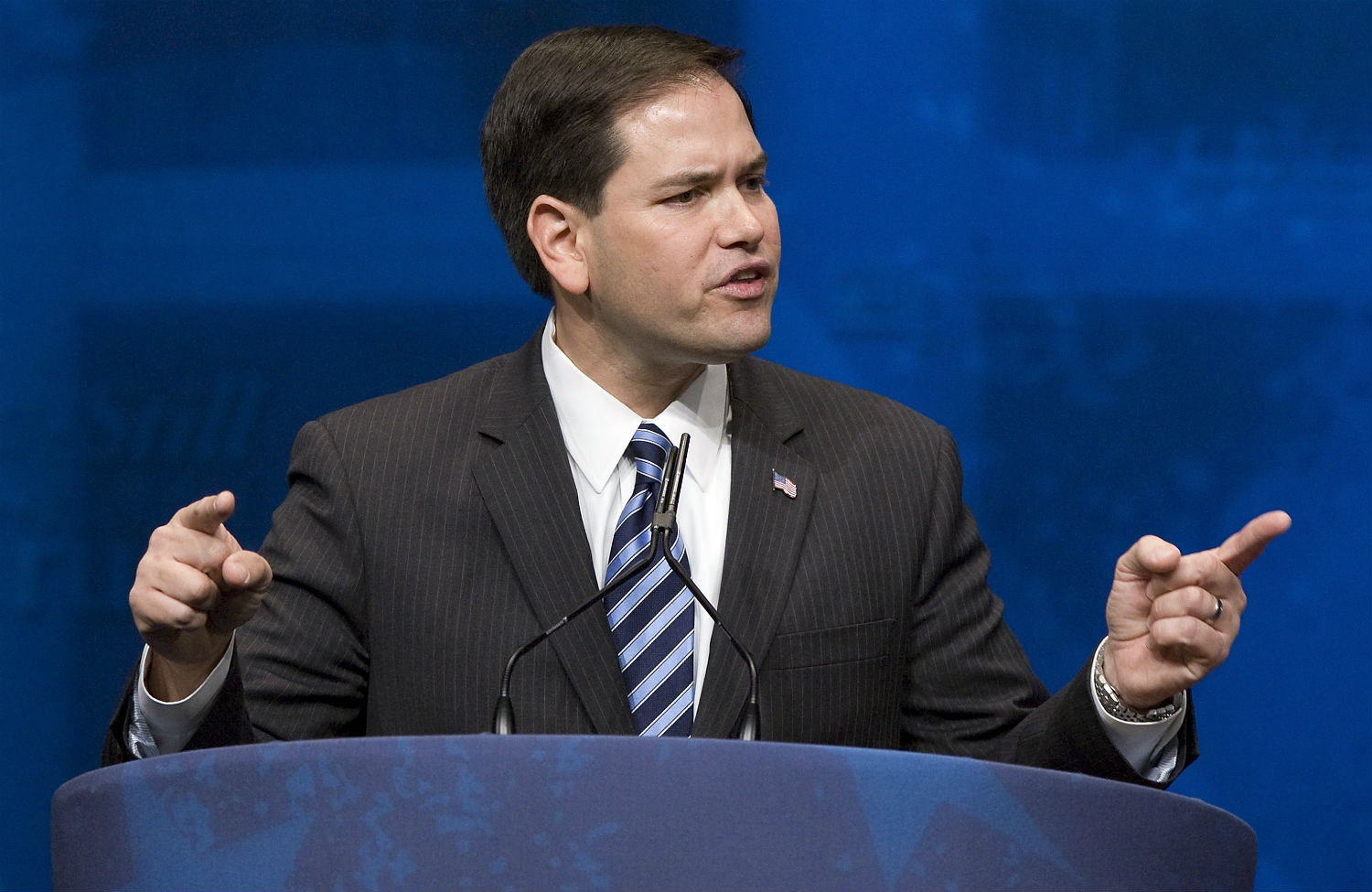 Florida Senator Marco Rubio, in 2008 when he was the speaker of the Florida legislature, gave a remarkably candid explanation of why he wanted to curtail, as much as possible, the right of Cubans living in the United States to travel to Cuba. He told The New York Times:

I would never criticize anyone for visiting family members. But that wasn’t the problem. What you had was a situation where people would come to Miami from Cuba, stay for a year and a day and then go back. And what this was doing was threatening the sustainability of the Cuban Adjustment Act itself, the U.S. law that gives Cubans who come to this country a special status as political exiles rather than immigrants.

“What makes Cubans different from Haitians who come here or anyone else,” Rubio asked, “if they go back and forth, that is to say, if they’re not exiles at all? In that case, why should Cubans be any different? The whole structure would have unraveled had something not been done.”

The law Rubio is referring to—the Cuban Adjustment Act—was passed in 1966. The act’s been tweaked over the years and is currently part of Washington’s wet-foot/dry-foot policy, whereby any Cuban who touches US soil is allowed to stay and, once a year has passed, can get residency status, that is, a green card, and then citizenship.

That privilege, though, is based on the idea that Cubans are political refugees. So, Rubio is saying, they need to act like political refugees. They need to act, in other words, like migrants from, say, Honduras, Guatemala and El Salvador who in fact do fear for their lives when they return home, and not just for being a political activist but just for being. Last year, between five and ten Honduran children were killed after being deported back to Honduras from the United States.

Of course, if Rubio really wanted to grab attention and position himself for 2016, he could seize on the implications of his question—“What makes Cubans different from Haitians who come here or anyone else?”—to use the Cuban Adjustment Act as the template for a broader immigration reform bill: Adjustment for All!

It wouldn’t be hard, at least in terms of the wording: just take the word Cuba in the act’s operational phrase (“the status of any alien who is a native of Cuba who…may be adjusted by the Attorney General…to that of an alien lawfully admitted for permanent residence”) and change it to “Latin America” (or, if we are really thinking big, “the world”). You’d have an immigration reform that has worked perfectly—for some—for almost half a century. Then every migrant might be lucky enough to have an experience similar to the Cuban-born Karel Suarez: “he flew to Mexico and crossed the border. ‘I was only for like six hours at the border,’ Suarez said. ‘After six hours they gave me my papers and said ‘Welcome to the United States.’”

Rubio recognizes the problem: “I am telling you it gets very difficult to justify someone’s status as an exile and refugee when a year and a half after they get here they are flying back to that country over and over again.” But when asked how the Cuban Adjustment Act might relate to the larger question of immigration reform, Rubio hedged: “It’s something I need to study more carefully.”

Most remarkable is Rubio’s assertion that free-traveling Cubans are “threatening the sustainability of the Cuban Adjustment Act itself.” It is about as statist a vison as imaginable: rather than the law existing to protect individual rights, individual rights—in this case, freedom of movement—are subordinated to protect the law. “Abusing the system,” Rubio has called Cubans who visit the island. So much for Republican libertarianism.

Thankfully, the “whole structure” is unraveling. The poll numbers are in: every survey taken over the last month shows overwhelming support for Obama’s shift on Cuba. A recent Pew count gives 63 percent in favor of the re-establishment of diplomatic relations. Sixty-six percent want to go even further and end the trade embargo on Cuba. Irreconcilables on the issue stand at a rump 28 percent. A majority of Cuban-Americans likewise are in favor of the opening.

It’s unclear how the policy change will affect the Cuban Adjustment Act. No Democrat is going to risk angering Cuban-American voters, who favor the policy—by 86 percent, according to a Florida International University poll conducted last year (though, interestingly, that support drops to 47 percent among Cuban migrants who came between 1959 and 1964, with the idea being that many in that first generation of hardliners think that those who came after them are “non-embargo-supporting economic immigrants” and therefore not deserving of the status of “political” exiles; Representative Mario Diaz-Balart once likened Cubans who returned to the island to Nazi sympathizers who did business with Adolf Hitler). And, so far, in the first round of negotiations between Washington and Havana, US officials have said the act will remain in force. Though José Pertierra, a DC-based lawyer, points out that the text of the act grants the president a good deal of discretion on enforcement.

In any case, Democrats are flocking to the island. Andrew Cuomo just announced he would soon visit, and he was notably frank that business, and not “human rights,” would be the agenda. And a delegation of Democratic members of Congress just returned from a three-day visit, led by Vermont’s Patrick Leahy.

To get a sense how much Obama’s turnaround on Cuba has emancipated the Democratic Party, look at this essay I did for Tomdispatch in 2008, which summarizes the role Cuba has placed in every US presidential election cycle starting with 1960. It was John F. Kennedy, who in August of that year, told a Miami gathering of American veterans that, for the “first time in our history, an enemy stands at the throat of the United States.” “Enemies,” Kennedy said, who “will do everything in their power to bring about our downfall.” And while Republicans like Rubio and Jeb Bush have been most closely associated with rightwing Cuban-Americans, it has been Democrats who have been most responsible for the embargo and subsequent anti-Cuba legislation. It was Lyndon Johnson (acting in response to Fidel Castro’s opening the port of Camarioca to any Cuban who wanted to sail to the United States) who introduced the Cuban Adjustment Act in Congress. And it was Bill Clinton who signed Helms-Burton into law just before his 1996 re-election. In 2008, John McCain was as restrained as Obama. Neither one, as one Cuban-American critic of the hardline said, “put on a guayabera or shouted, Viva Cuba Libre.”

In office, Obama wasn’t above throwing the Cuban right red meat. His 2009 sanctioning of the bloody Honduran coup was, in part, an effort to quash domestic conservative criticism linking him to Latin America’s populist left, to the Havana-Caracas axis. But from now on, Marco Rubio, Jeb Bush and other Republican aspirants to the White House will have to travel to Iowa and explain why the United States shouldn’t be able to sell corn to Cuba—or they will have to go to Arizona, New Jersey, and New Mexico and say why Cubans, but not Mexicans, Guatemalans or Haitians, should be fast-tracked to a green card.