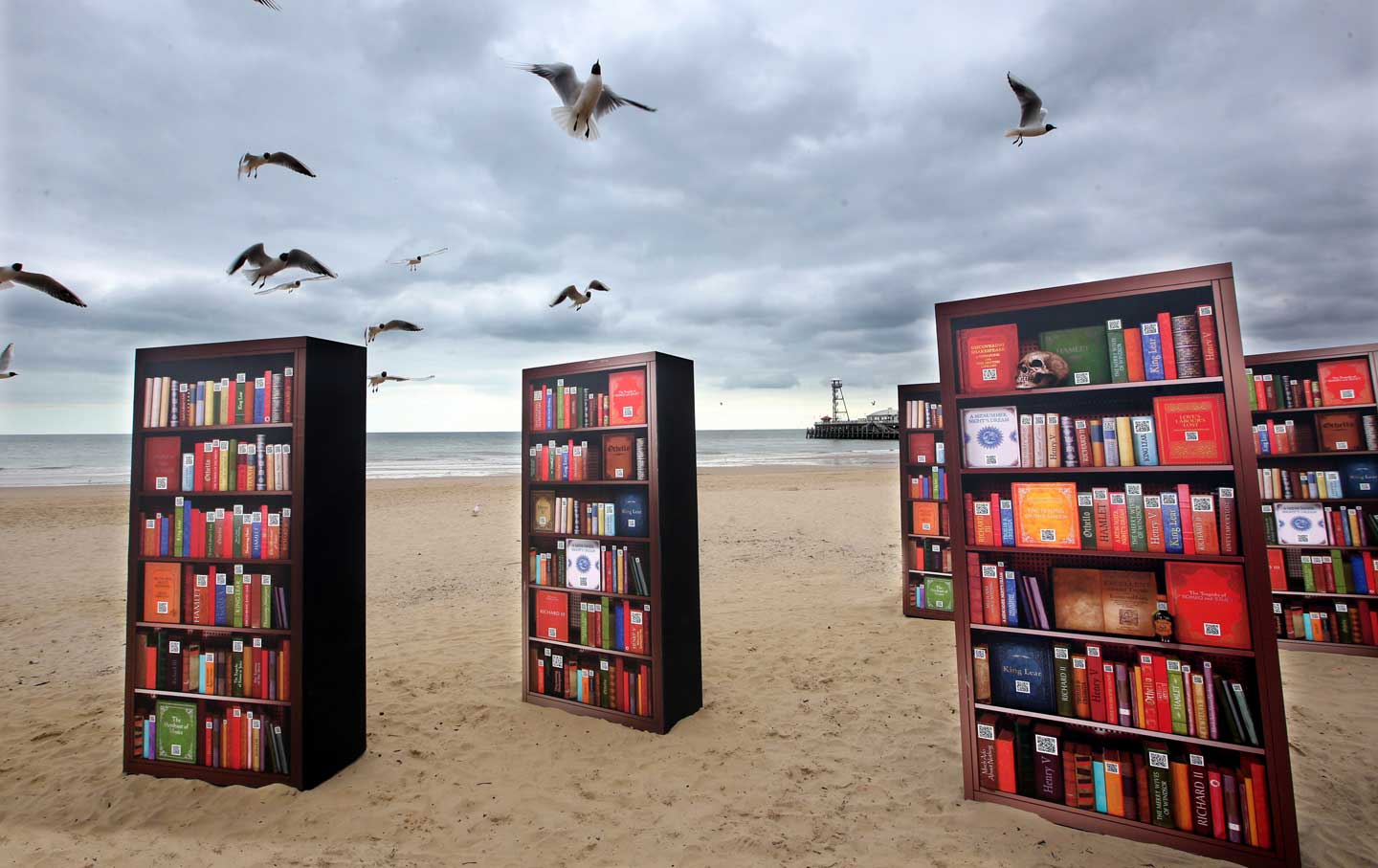 My plan is to tackle two sets of books that seem unrelated to one another and to figure out by Labor Day how to hold both of their universes in my head at once. First, the novels of Henry James: I became enthralled, a few years ago, by The American Scene, but knowing James through his nonfiction is like knowing the Beatles through their films. I’ll begin with Roderick Hudson.

The other stack has been growing for many years—the history of Eastern Europe, where I’m traveling in August, and the fate of its Jews. Possible connections to James: his famous disparagement of Lower East Side immigrants and his efforts to aid the British against imperial Germany in the last year of his life. Other than that, there is simply the coincidence of my interest in both. That has to mean something. Timothy Snyder’s recent and controversial Black Earth: The Holocaust as History and Warning seems like a good place to start.

“I’ve put in so many enigmas and puzzles,” James Joyce once said of Ulysses, “that it will keep the professors busy for centuries arguing over what I meant.” Certainly Ulysses has kept me busy, off and on, for two years, but I have no regrets: The more time you devote to it, the more satisfying it is. Ulysses is not only the most capacious novel I’ve encountered, but also one of the most comical. Still, given its density and difficulty (what, for instance, is the meaning of “Thalatta! Thalatta!” on the fourth page?), one needs assistance, and I’ve been comforted and enlightened by a trio of celebrated guides: Don Gifford’s Ulysses Annotated, Hugh Kenner’s Ulysses, and Richard Ellmann’s Ulysses on the Liffey. (For sheer pleasure, one shouldn’t neglect RTE Radio’s dramatized full production of Joyce’s epic from 1982.) As summer descends, I hope to begin Ellmann’s biography of Joyce, a book of great beauty, depth, and insight.

’Tis the season for debut short-story collections written by women. I recently finished a galley of Amie Barrodale’s You Are Having a Good Time. Just when the detriment of modern technology to contemporary relationships began to feel like a tired subject, Barrodale hit me with a totally bizarre new take. An unorthodox therapist, a mysterious woman named Koko, and an aggressive tailor are just a few of the characters who make this one of the strangest, most colorful, and ultimately unforgettable books I’ve recently read. I have faith that Helen Oyeyemi’s What Is Not Yours Is Not Yours and Fiona McFarlane’s The High Places, which also explore diverse landscapes and characters, will raise similar questions about the nuances of interpersonal relationships.

Some of the first Agnes Martin canvases that I ever saw were reproductions: cream-white-and-charcoal 6′-by-6′ squares from the 1960s, made up of condensed graphite grids and bands of horizontal monochrome. But the Guggenheim’s upcoming show (October through January 2017) should seduce those of us who have been stuck with the reprints for so long, or who have yet to see the bulk of this Canadian-born artist’s 50-year achievement in person. Nancy Princethal’s Agnes Martin: Her Life and Art is apparently the first book of its kind, and it’s been somewhere on my shelf since Thames & Hudson published it in this country last summer. (On its cover: a young and impish-looking Martin, so different from the older, much less varnished face we get in the later photographs, like the one printed on the front of the book’s British edition.) I can’t think of a better time to read it.

The novel I’m most excited about is Alexander Maksik’s third effort, Shelter in Place, which comes out in September. Maksik’s debut revolved around an affair he’d had as a teacher in Paris with a teenage student. That book was rejected by every publisher in the United States, until Alice Sebold bought it for Europa Editions, creating a scandal but also garnering an enormous amount of critical praise for the writing. His second effort sold at auction to Knopf in a big two-book deal. When he finished Shelter in Place, instead of making the changes his editor asked for, he decided it was worth it to break his contract—at the price of paying back his advance—and returned to Europa. Maksik is a beautiful prose stylist, and I want to see what it was he so believed in.

The nonfiction book I can’t wait to get my hands on is Lauren Collins’s When in French, a memoir of the New Yorker writer’s experience falling in love with a French banker and winding up in Geneva, recounted in her distinctive and deeply intelligent mix of insight and humor. A galley was accidentally sent to my parents’ address instead of my apartment. In what I think is a fortuitous sign for Lauren, my mother began to read the book and got so engrossed in it she refused to forward it on to me until she was finished.

My friends tell me that they are tired of hearing me gush about Emma Cline’s debut novel The Girls, my start-of-summer read. The novel is a salacious reinterpretation of the story of the Manson family, told through the eyes of one of his female acolytes. California, the 60s, sex, and murder make it a natural summer read.

For me, summer also calls for travel reading. After reading his Partisan Review short story, “A Distant Episode” in college, I’m revisiting Beat writer Paul Bowles in Travels: Collected Writings 1950-1993. Bowles wrote many of the dispatches for The Nation, and some of these gems are first-person accounts of the literary history of Tangiers, which was once a refuge for misfit expat writers like Bowles, Jean Genet, and William Burroughs.

I kicked off the summer with the best New York City novel I’ve read in a long time: Patricia Park’s Re Jane. It’s a retelling of Jane Eyre, set in 21st-century Flushing with a Korean-American protagonist named Jane Re. It’s got all the requisite elements of a great summer read—illicit romance, family drama, awkwardness that will make you laugh out loud on your beach towel, on the ferry, or in your (hopefully) air-conditioned subway car. But unlike many summer reads, it’s a genuinely artful book.

Next up on my list is a very different kind of book: Juliet Takes a Breath, Gabby Rivera’s YA novel about a queer Puerto Rican teenager from the Bronx who takes off to Portland for the summer. If this book had been around when I was in high school, we would’ve read it aloud at every meeting of our LGBT club. As a kid, I had to read The Hardy Boys and imagine they were butch dykes, so I’m grateful for this book and I’ll be making up for lost time. I’m mostly excited for queer kids to finally, finally begin encountering themselves on the page.

Click here for the second installment of our summer-reading guide.