A monthly gathering of personal enthusiasms and observations about the passing scene, “Field Notes” will, in the tradition of The Nation, draw attention to things overlooked or often misunderstood.1 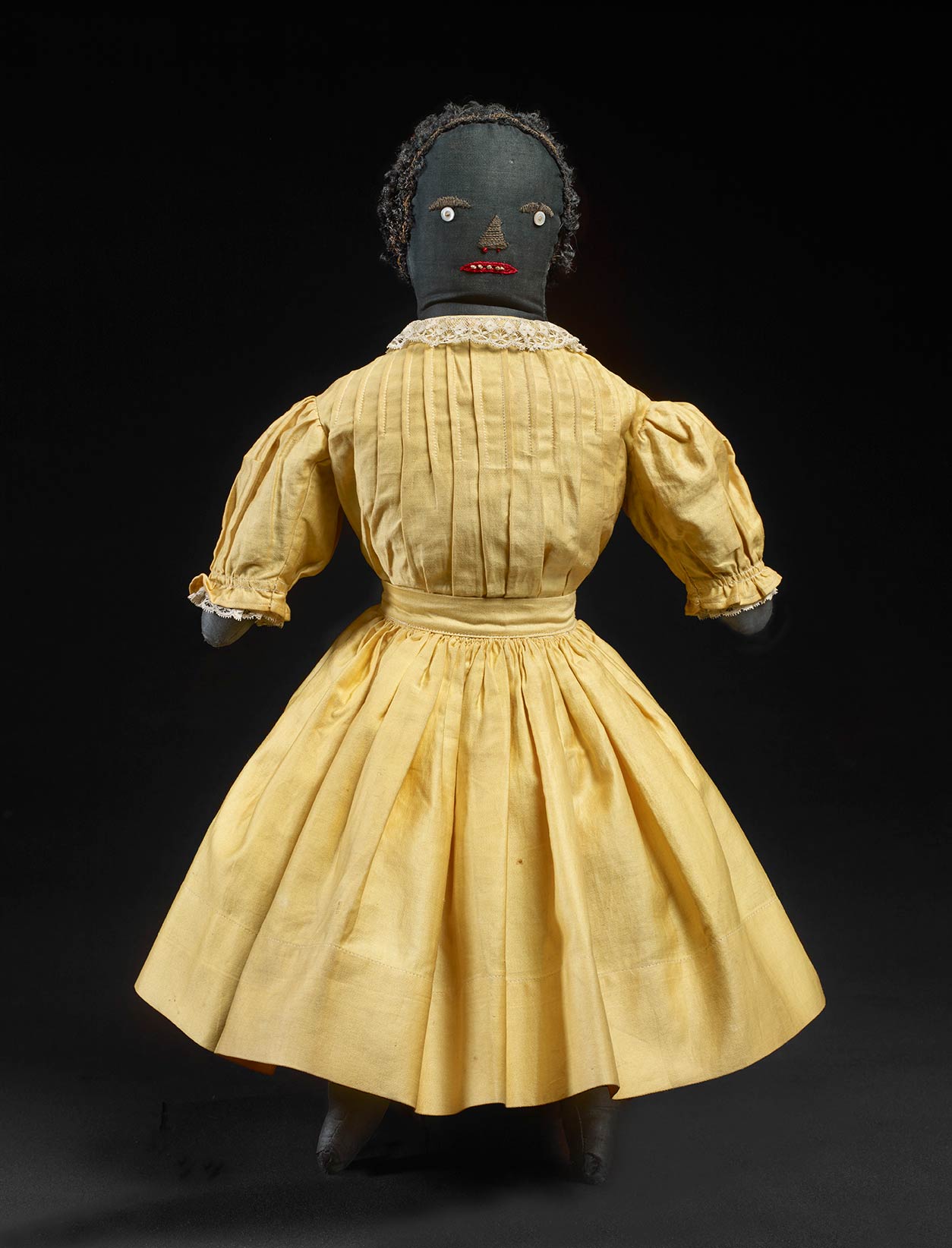 Three years ago, I learned about a private collection of more than 200 dolls made mostly by African-American women (and some men) between 1850 and 1940. The artistry of these dolls astonished me, as it had their collector, Deborah Neff. She sought them out over more than two decades, recognizing that as glorious as they each were alone, the whole collection amounted to something of extraordinary cultural significance. Their provenance and history (where each was made, for whom, by whom) is obscure. This isn’t surprising for artifacts of childhood, but their survival is especially important when considering that almost all early African-American art and craft remains unattributed and thus lost.2

(As the former editor of a magazine about the arts of the past, I am astonished that nine decades of scholarship has poured forth on the most minute details of early-American silver salvers, side chairs, stoneware glazes, and so forth—with almost nothing about the African Americans who were not just sawing wood, mixing clay, and polishing metal in those workshops). These dolls, freelance creations, identifiably black and made for children (most of whom were white), are survivors, rare expressions of an unquenchable spirit. All of this makes them uneasy and yet ideal objects for how we think about who and what we are in this country. And yet, surprisingly, a number of high-profile museums have thus far passed up the opportunity to exhibit them.3 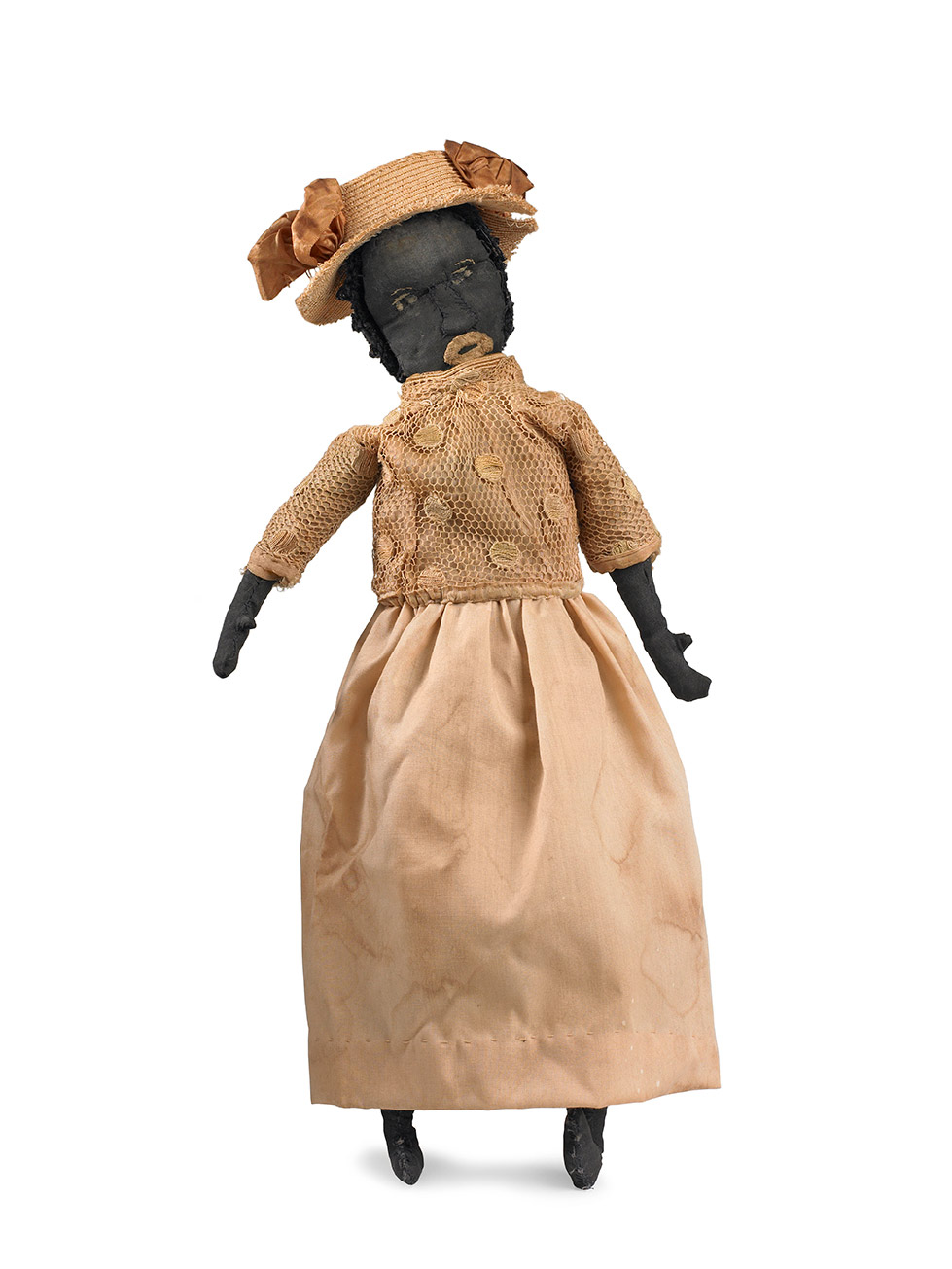 The dolls have not been shown in New York, Chicago, Atlanta, or Los Angeles, but they have not gone unnoticed. Patricia Williams wrote about them movingly in The Nation and in a bracing catalogue essay for the recent Paris exhibition at La Maison Rouge, “Black Dolls: La collection Deborah Neff.” Margo Jefferson, Pulitzer Prize winner and author of Negroland, gave them a deeply nuanced consideration in Black Dolls (Radius Books), a superb reference book on the collection, where they also receive plaudits from the textile artist Faith Ringgold. The assemblage artist Betye Saar loves them, as does the poet, performance artist, playwright, and recording artist Carl Hancock Rux.4

The dolls were first shown in 2015, at the visionary Mingei International Museum in San Diego, drawing many appreciative visitors and enthusiastic reviews. In 2017, the Figge Art Museum in Davenport, Iowa, paired them with an exhibition of Kara Walker’s Emancipation Approximation series. This year, 50,000 people attended the Maison Rouge exhibition, which took the trouble to issue a handsome, lavishly illustrated catalogue with essays in two languages and an illuminating interview with Deborah Neff, who has charted her course through the issues these dolls raise with the care and clarity museum directors and curators would do well to study.5

The collection now needs a bigger stage and a broader, deeper conversation, but there has been some reluctance.6 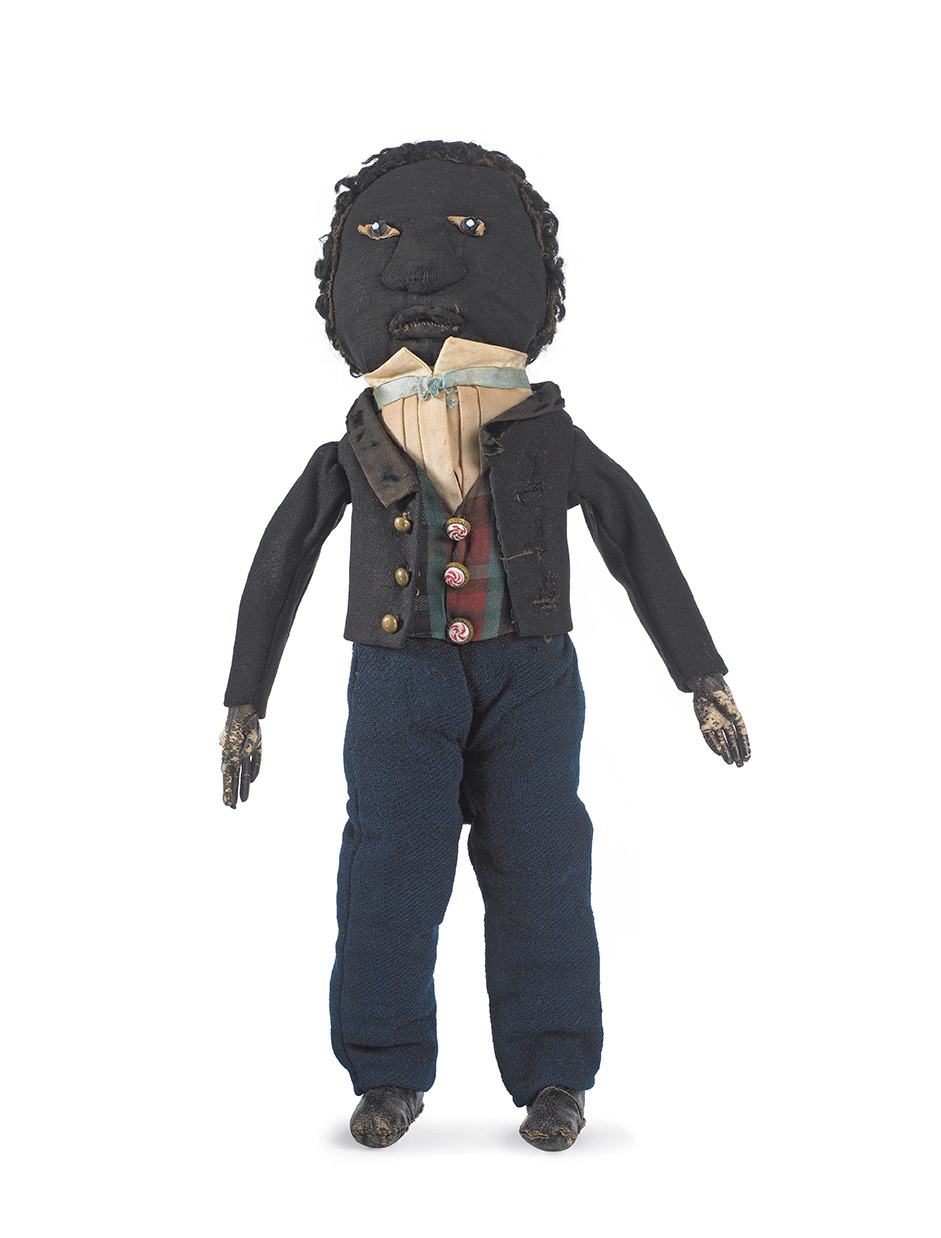 “We were afraid of pushback,” one New York museum director told me when I asked why she turned down the opportunity to exhibit them. Could she not distinguish these soulful handmade and highly individual creations from the derogatory and racist dolls—minstrel figures, pickaninnies, and mammies with exaggerated features—manufactured in this country and sold by Montgomery Ward, Sears Roebuck, and others in the early decades of the last century? Or was she afraid that visitors would not be able to do so? Which visitors? Certainly not African Americans, I thought, but then discovered they were exactly the ones whose reactions worried her. She was not alone.7

A curator I admire, who described them as “fascinating and visually wonderful,” judged them “a hard a topic for an art museum,” and suggested they might be shown instead at the Museum of African American History and Culture in Washington, DC. Since when are hard topics not the province of world-class art museums?8 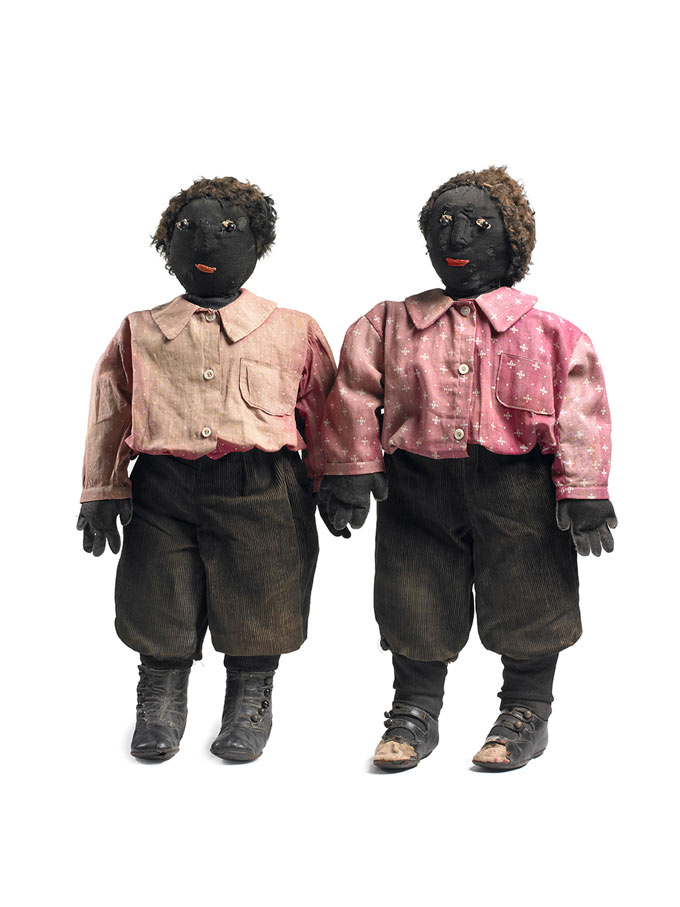 “There is no scholarship, no background for staging such an exhibition,” another curator told me defensively. And that, I thought, is the very reason there should be one. What we do not know opens up a world we need to explore.9

“They made us into a race,” Ta-Nehisi Coates tells his son toward the end of Between the World and Me. “We made ourselves into a people.” That may be an easy distinction for a boy who already knows that race is the offspring of racism but it is far from axiomatic for many of us, particularly for those faced with art by African Americans that is not accompanied by a lesson plan telling us how to look, what to say, how to say it.10

These dolls are the work of a people, not a race. They occupy the free zone of play. This may account for how unaccountable they are, how different one from another, how odd and unexpected, male and female, raffish and elegant, large and small, heavy and light, boys and girls, men and women. Many of them display extravagant skill in design and needlework, suggesting that not all of them were meant for children; some look as if they were modeled after specific individuals in affectionate tribute. Although they differ markedly one from another, even the humblest among them seems proud and poised, devoid of the sentimentality common to most dolls. As Neff has said, “You can think of their diversity, their plurality, as itself a powerful response to a stereotype.”11 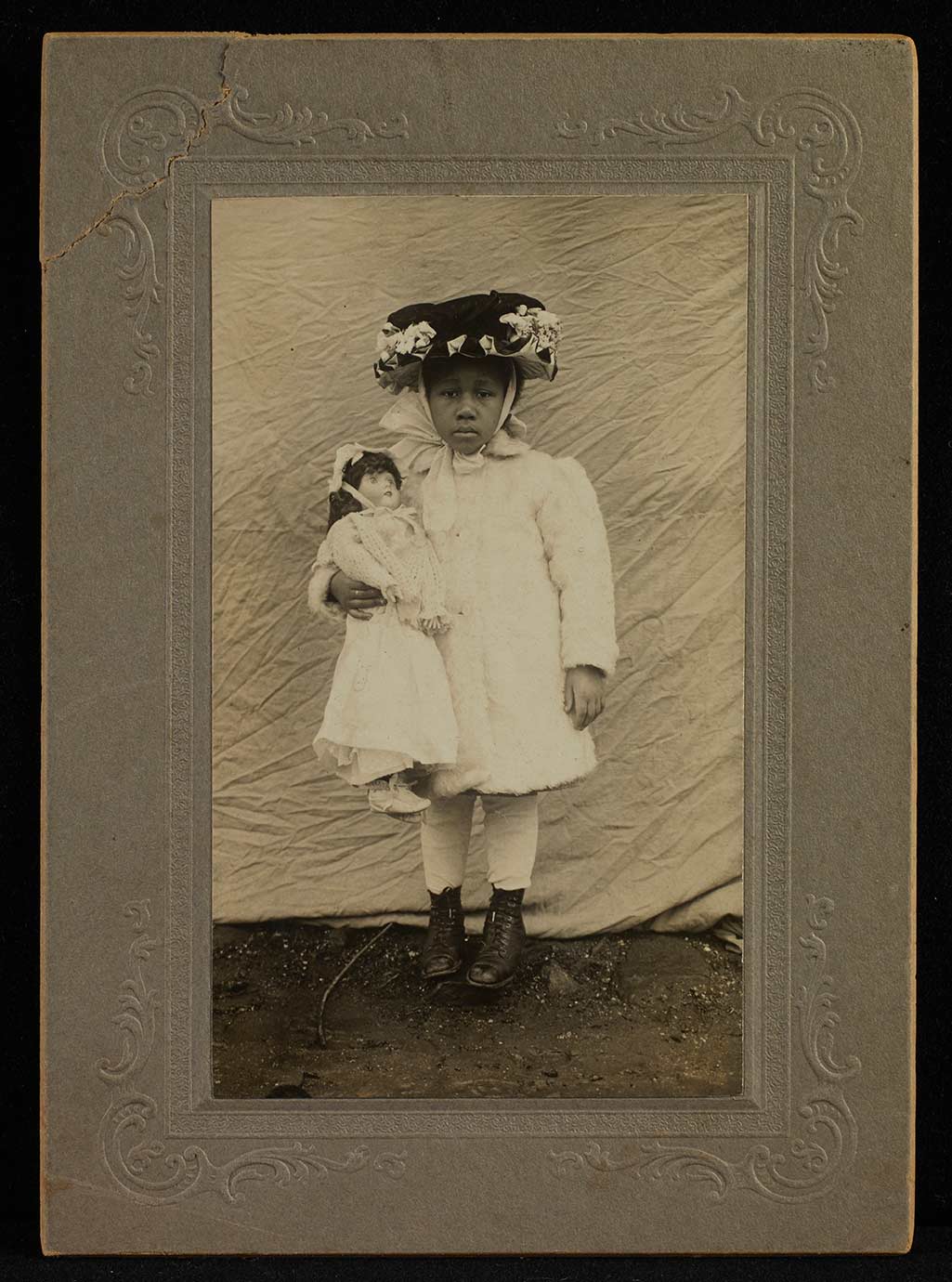 You can also think of them as art. Whenever asked, the seminal black painter Jacob Lawrence used to deny that anyone in his family was artistically inclined—until he realized that, in fact, he had been “surrounded by art” through his family’s deft use of colors, textures, and fabrics to brighten their lives. Many of these dolls clearly met a similar need.12 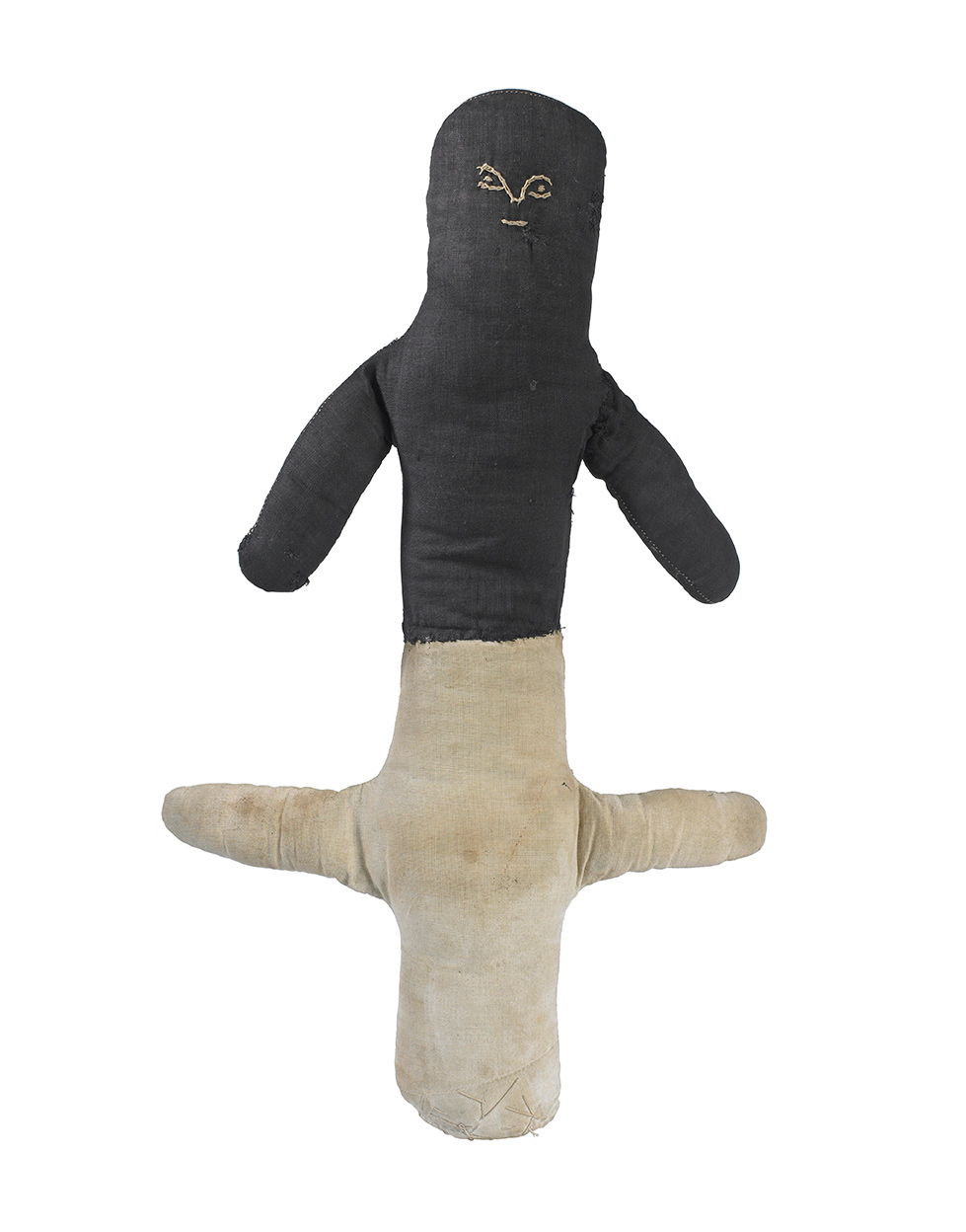 The origin and meaning of the “topsy-turvy” dolls is another: The reversible, double-ended doll fuses two torsos—one black, one white—at the waist, typically with a long skirt. Turned one way, the doll is black; flipped over so the skirt obscures the black doll, and the doll is white. In her catalogue essay, Patricia Williams calls these mysterious creations, which may have originated in 19th-century plantations, “an expressive art form crafted by enslaved women…who birthed children who were the half-siblings of the children of the ‘owners’ who had raped them.” There are several other theories, though as Neff observes, Williams’s has the greatest suggestive power.14

Neff dreams of an exhibition that will do more: prompt research into the lost provenance of African-American folk craft, uncover forgotten oral histories, spark conversations about the motifs that recur in many of the dolls, provide an art-historical perspective to link them to other 20th-century African-American works. “When I look at the paintings of Jacob Lawrence or the quilts of Gee’s Bend,” she says, “I see my dolls.”15

An exhibition of the sort she imagines may well take place. When it does, the dolls will, as Williams suggests, “be mined for all sorts of direct connections within unbudging political frames,” just as they will also echo and possibly illuminate a lost history and a vexed present, while standing forth in all of their mute glory.16