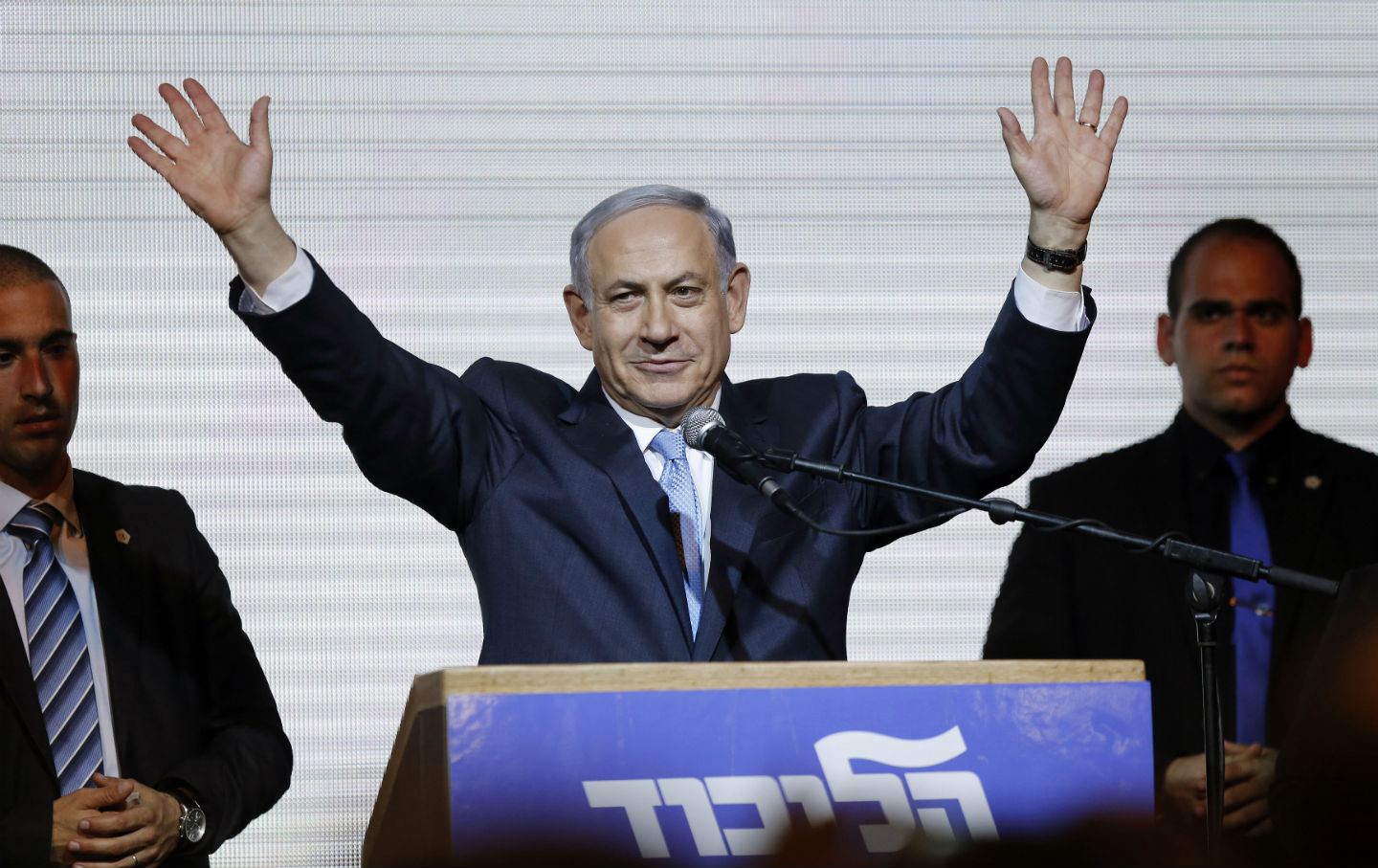 The American political class has spent decades convincing itself that the Israeli political class really does want a two-state solution to the Israeli-Palestinian conflict. The last six years have been the hardest—Israeli Prime Minister Benjamin Netanyahu proclaimed a tepid desire for peace, but consistently acted contrary it—and yet the image of an Israel that would strike the deal if only this or that condition was met by the Palestinians persisted. Perhaps the image even grew stronger: who can forget all the standing ovations Netanyahu received during his 2009 address to Congress and, despite all the controversy, again this winter?

The illusion, however, of an Israeli body politic, perhaps even an Israeli electorate, happy to make peace was shattered as Netanyahu sailed to another victory—especially in light of the way he did it. Netanyahu’s last minute bid to strengthen his hand came not from fear-mongering about Iran, as he’d done for years, but about the Palestinians. His fired salvos at both Palestinian citizens of Israel (some 20 percent of the population) and against those Palestinians in the Occupied Territories. In the former case, Netanyahu warned his base Arabs were “coming out in droves to the polls”; in the latter, he boldly declared that no Palestinian state would be birthed were he elected (something Netanyahu had been hinting at throughout the campaign).

The mantra of American Israel supporters, from grassroots lobby groups right up to 1600 Pennsylvania Avenue, has always been that the United States and Israel hold “shared values”—chief among them the countries’ common democratic characters. But Netanyahu’s campaign put the lie to the notion. “Remember that Netanyahu’s version of democracy includes as few Arab voices as possible, simply because they are not Jewish,”wrote +972 Magazine’s Michael Schaeffer Omer-Man. “Remember that the peace processes he has overseen for decades were not genuine, that he never had any intention of ushering in, let alone seeking, a two-state solution.”

The problem for American policy-makers, with the illusion of “shared values” shattered, is that they have spent decades enabling Israel’s pursuit of its worst instincts. The US subsidizes about a fifth of Israel’s defense budget—the largest American foreign aid package—to help the country defend itself as it pursues peace, not for it to hold the Occupied Territories in perpetuity and create, as many Israeli officials have put it, a de jure Apartheid state where half the people under its control get no vote. The United States gives Israel diplomatic cover in international fora to prevent the Jewish state from being unfairly targeted and maligned, not to avoid criticisms of a state deserving of censure. How can we keep graciously offering these benefits to Israel if it has so blatantly defied its own claims—and ours—of being a strong, if flawed, democracy?

The answer is twofold, though both aspects are connected: one is the inertial strength of the Israel lobby and the other is its favorite party, the Republicans. The lobby has faltered in recent years, losing out at key points in the Iran diplomacy fight, for instance, but lobby groups’ aggressive policing of politics and media will continue apace, and can still bite those who transgress it as well as lavish benefit on those who proclaim their fealty. The lobby’s biggest problem is that those quarters of American politics in lock step with its aims are increasingly falling squarely in the Republican camp. Think of the Jerusalem platform fight at the 2012 Democratic National Convention or, again, the Iran issue, particularly the continuing partisan efforts to kill nuclear talks and the GOP invitation to Netanyahu to address Congress on Iran.

Republicans, too, have professed a desire to see a two-state solution, but they were nonetheless quick to congratulate their political ally Netanyahu on his victory (GOP hypocrisy is nothing new). That leaves it to the Democrats and their leader for the next two years, President Barack Obama, to take a stand. The signs are heartening, even from Congress: 56 members boycotted Netanyahu’s address earlier this month, and so far a critical mass of Democrats haven’t signed onto measures designed to kill negotiations with Iran. The administration, meanwhile, expressed concern over Netanyahu’s election tactics and vowed to “evaluate [its] position going forward” on the peace process, such that it is.

But the administration’s criticisms leave room for ambiguity: Will there be any more concrete consequences for Israel in light of its newly clarified intransigence on peace? It’s doubtful, but with the free hand of a second term president, Obama could let a UN resolution condemning Israeli settlements pass instead of vetoing it or, better yet, give the Palestinian Authority support in its efforts to join international organizations (so far, the Obama administration has resisted both these moves). The shibboleth of the so-called special relationship between Israel and America—the generous military aid to a wealthy country—should be the first thing to go, but will probably be the last.

So not much is likely to happen. In a way, it makes perfect sense. Netanyahu’s remarks during the campaign didn’t totally re-order how any half-witted observer of Israeli politics views the Prime Minister. He’s been acting this way for years and has now, belatedly, added word to deed. If America wasn’t willing to face up to these realities before, why should it now? Israel’s ardent defenders will no doubt dismiss Netanyahu’s comments and call for keeping up the status quo. But at this moment another step has been taken for Americans coming to realize what the status quo is: a belligerent American client state willfully careening towards apartheid with our help, trying, along the way, to drag us into disastrous conflicts in the region. It’s a small step, but for the principled American liberals increasingly fed up with Israel, this march is slow and steady.