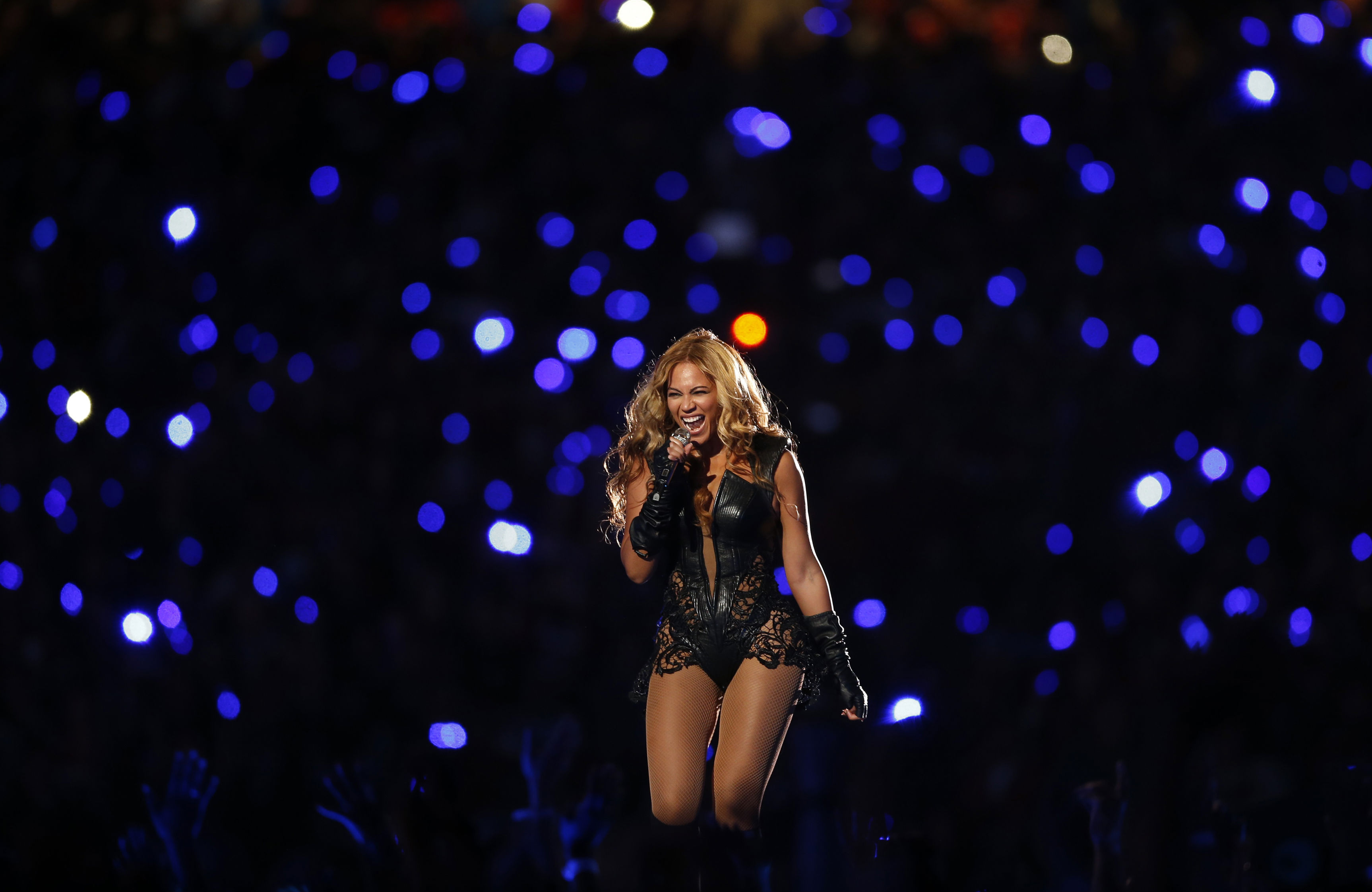 So much of politics is speaking against, that I sometimes forget what it speaks for. This week was rife with tragedies from Gaza to Ukraine, as well as the usual overflow of indignation caused by the harshness of domestic politics. This beautiful article by Chris Hedges reminds us that emancipatory politics would allow people to be able to enjoy the brevity and marvels of bare living. Speaking about politics in terms of numbers, minimum wage, healthcare and incarceration rates is crucial, but it crowds out "the mysterious incongruities of human existence." From Shakespeare to Native American societies, he reminds us that "a society that loses its respects for the sacred… and severs itself from the power of human imagination ensures its obliteration." Although solitude disappears and culture is commodified, this is something to struggle for. We have to imagine the society we want to live in to then create it. Maybe no one does this better than philosopher Grace Lee Boggs, also interviewed in Guernica this week: as she writes, we must "grow our souls."

Although the feminist community has made great strides in pointing out why women's rights issues matter (see: #YesAllWomen), it is not immune to missing a mark—especially on the issue of forced sterilization of incarcerated women. Writer Raquel Reichard points out that feminist sites such as Jezebel, xoJane and Bustle had essentially non-existent coverage of the issue. Perhaps the inhumanity behind forced sterilizations isn't getting the amount of attention it deserves because it doesn't fit society's ideas of traditional reproductive rights. For modern feminism to fully advocate for all women, it shouldn't fall into the trap of perpetuating the invisibility of inmates. As Reichard puts it, "while a women's right to choose deserves headlines, so, too, does the callous stealing of that right."

In her piece, Molly Crabapple brings attention to Communications Management Units, or CMUs, prison units that are designed to cut off prisoners from the outside world. Not surprising is the fact that 70 percent of those in CMUs are Muslim, though the purpose is to limit the communication of terrorist inmates. In her piece Crabapple profiles—visually and in writing—four Muslim men: Shifa Sadequee, Tarek Mehanna, Shahawar Matin Siraj and Ghassan Elashi, “men the state wants the world to forget.” This story is yet another reminder that “Muslim” has come to mean “terrorist” and that “[a]cts of speech, travel or association that would be A-OK for a Christian are enough to get a Muslim branded a terrorist.” With her beautiful drawings and captivating written words, Molly Crabapple paints a picture of those we are supposed to forget, imprisoned and erased.

Buzzfeed collected this is superb list of advice from twenty writers and journalists of color who work everywhere from Vox to The New York Times to Jezebel to our very own The Nation. Each writer was asked the three questions (listed below) and the pieces of advice that follow are brutally honest, funny, thoughtful and extraordinarily insightful:

• What piece of advice would you, as a writer of color, give to burgeoning writers/journalists of color?

• What do you know now about being a writer of color that you wish you’d known when you first started?

• Is there anything you did as a writer starting out that you now regret?

The somehow deeply controversial act of providing health insurance to Americans who need it and the legal circus that surrounds it continues. This case centers on the language of the Affordable Care Act and who is able to access to subsidies to help pay for health insurance, especially for those with low-incomes. The language of the law, the plaintiffs allege, says it is only those who get their subsidies on the state exchanges and not the federal exchanges—which would leave out five million people in thirty-six states. A divisive Supreme Court ruling that upheld the law and a decisive presidential election that affirmed its creator were not enough to fell the ACA, but it's possible, this ruling tells us, that it could be undone by a typo.

“The Gaza debate in Parliament is about the domestic politics of left and right,” by Prayaag Akbar. Sroll.in, July 21, 2014.

Right wing Indians, whose voices have strengthened with the advent of Narendra Modi's election, are increasingly pro-Israel. Some Hindutva leaders have even attempted to draw parallels between Israel-Palestine and ancient Hindu-Muslim conflicts in India, but Prayaag Akbar of Scroll.in questions the true motivation behind their support, arguing that other historical connections between Palestine and India are more prescient. Jawaharlal Nehru, India's first prime minister, supported Palestine in the spirit of solidarity among post-colonial states. Support for Israel's offensive against Gaza may come not from shared history, but rather a desire among Indian right-wingers to execute violent offensives against civilian insurgencies within India, in Kashmir as well as in North Eastern and Central states. Akbar concludes by warning readers that, "To applaud Israel’s actions today means India will support state-ordained violence against civilian populations."

Last week journalist and news anchor Jorge Ramos did something really silly. He swam across the Rio Grande, otherwise known as the river of death to almost every migrant crossing the US-Mexico border, as a means to (supposedly) better understand what so many Central American migrants face as they attempt to cross into the US. Latino Rebels reported on the bizarre event with both an empathetic and critical voice, writing, simply, that they just didn't get why the Latino journalistic superstar had to go so far as "play" crossing the Rio Grande. They did, however, understand why, perhaps, Ramos felt staging the highly lethal river-crossing (with multiple eyes and cameras watching), would be useful in raising his ratings. But, they wrote, "In the quest to share an angle to a story that we will argue has already been told countless times, Ramos crossed a privileged line."

Following the controversial ruling in Burwell v. Hobby Lobby, political pundits have set a critical eye on a new group within the American electorate: Beyoncé Voters. The term, coined by Fox News's Jesse Watters, refers to single women, a demographic that he believes will be vital in the coming election. Tanya Basu critiques assumptions about the politically savvy, economically independent—and apparently Yonce obsessed—young female electorate. The danger, she asserts is that "no party can afford to lump such a diverse group of people together and treat them as a single bloc to be won or lost." Basu states that economic stability and not birth control is what will get single women to the polls come November. What Jesse Watters does not recognize is that the financial needs of single women in the United States is incredibly diverse, and no singular tactic can claim the demographic. Although Basu's critique is incredibly valid, I would argue that single women will not ignore the Supreme Court and the Conservative Rights increasing disregard for the female body… an ignorance that will only push members of this demographic further to the Left.

“Noam Chomsky vs. Al Franken: Behind the odd progressive divide between senators, intellectuals on Gaza,” by David Palumbo-Liu. Salon, July 23, 2014.

Last week the US Senate officially threw their support behind Israel's deadly assault on Gaza when they unanimously passed S. Resolution 498. It calls on Hamas to stop all rocket attacks on Israel and urges Palestinian Authority president Mahmoud Abbas to dissolve the unity government arrangement. It's no surprise Senators Bob Menendez and Lindsey Graham authored the resolution or that Rand Paul hoped it would have "more teeth in it." But it is thoroughly disappointing that staunch progressives like Elizabeth Warren, Al Franken and Bernie Sanders added their support. Stanford Professor David Palumbo-Liu argues "the resolution not only gave the green light to the invasion—it gave the IDF a high-five and armaments as they crossed the intersection. All this after more than 400 civilians already had been killed by Israeli forces, the vast majority of them children."

Palumbo adds something else to his critique, perhaps what we need most after more than two weeks of dismal and heartbreaking developments from the Gaza Strip: the growth of international opposition. Public campaigns in the form of protests, petitions and statements are bringing conscientious and compassionate people together the world over who are dismayed by Israel's actions. Civil society is being galvanized more than ever. “The enormity of [Israel’s] onslaught and the political machinery behind it need to be answered by a massive international movement,” says Palumbo-Lui. “This is a start.”