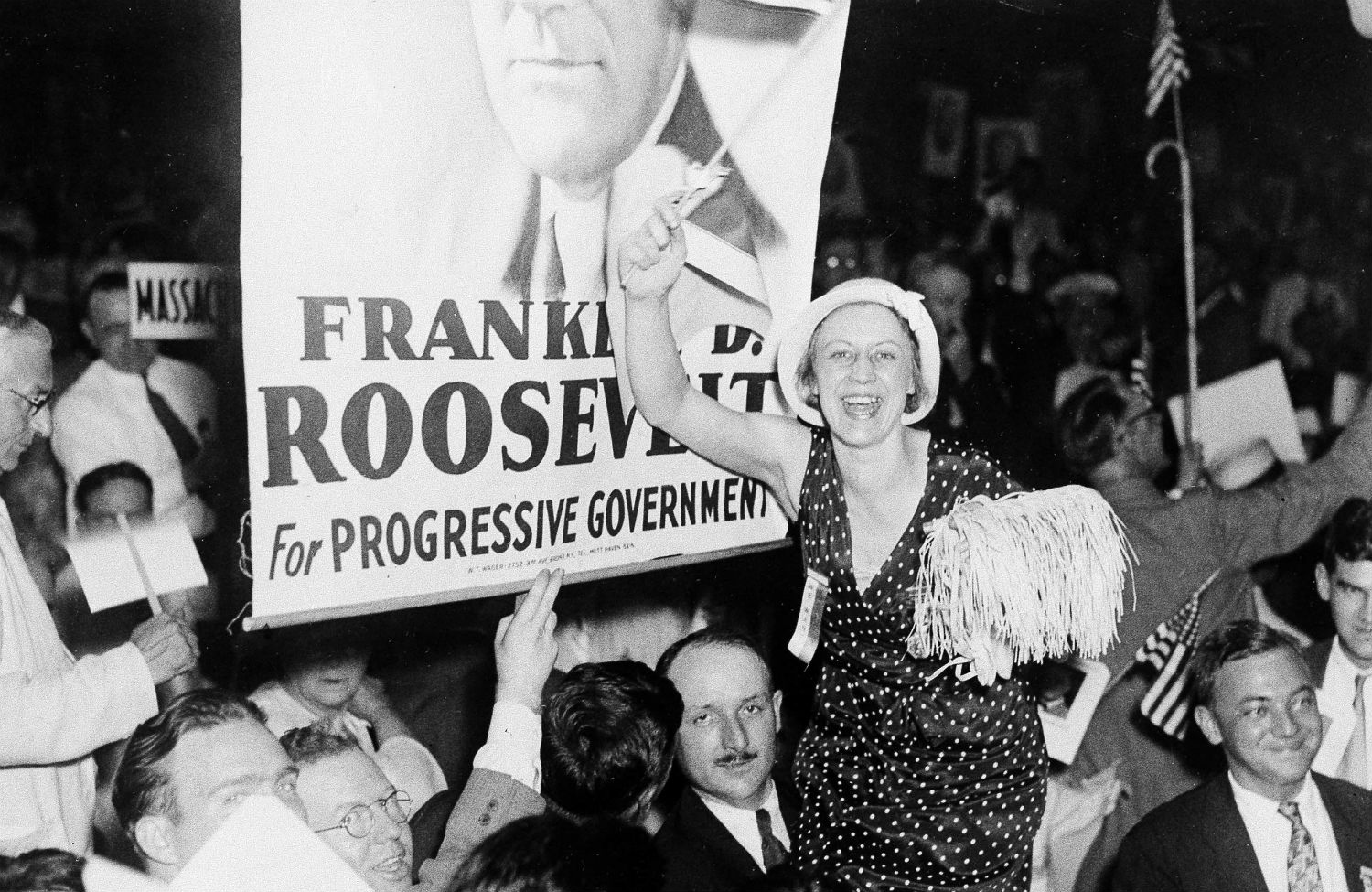 This article is adapted from George Lakoff’s the ALL NEW Don’t Think of an Elephant! (September 2014) and is printed with permission from Chelsea Green Publishing.

FDR, in giving his Four Freedoms speech of 1941, suggested that Democrats’ mission was to expand human freedom. Yet today Democrats have ceded the very concepts of freedom and liberty to Republicans. It’s time to take freedom back as the central Democratic issue.

For conservatives, individual responsibility is central: democracy provides the “liberty” to pursue your own interests, without any help from others (which would make you dependent and weak) and without any responsibility for others.

This is the exact opposite of the progressive view, perhaps expressed best by Elizabeth Warren. Senator Warren often repeats a central truth that the conservative view misses entirely: democracy is about citizens caring about one another and working through their government to provide public resources that allow freedom for all.

How do public resources create freedom? Consider the business world. It’s hard to run a business without sewers, without roads and bridges and airports, without an electric grid, without satellite communications, the internet, GPS systems, and without healthy and educated employees. The public—you and me and the rest of us over decades—have, through our government, provided all these public resources. The development of computer science depended on government funding, as did the development of the computer chip industry. Our pharmaceutical industry required NIH research funding. In short: the private depends on the public! Without collective investment, Americans would not be free to start, run, and work in businesses.

The same is true of individual private life. Physical well-being is fundamental to a free life. If you do not have access to health care and you get cancer, you are likely to be trapped not only in debt peonage by the healthcare industry, but in physical anguish or death. So-called “women’s issues” are freedom issues, too—the freedom for individuals to be able to control their own bodies, and follow their doctors’ advice. Without safety regulations for our food and water supply we are not free. Without highways or air traffic controllers or an air force that trains most of our pilots, we would not be free to travel without fear for our safety.

Freedom of opportunity is created through public education, without which most Americans would lack the knowledge and skills that free you to choose a path in our society. Early childhood education is crucial. By the time a child is about five years old, half the neural connections she was born with have died off—the half least used. A huge range of life’s opportunities are made possible or choked off in those early years.

Equality? Serious financial inequality cuts off life’s possibilities. If you are facing an accelerating decline in wealth or long-term financial insecurity, you are less free. Further, your ability to change your position is circumscribed by how expensive it is to be poor — not just financially but in the poverty of educational opportunity, social know-how and connections, pure joy, and breadth of life experiences. And a recent Princeton study shows that with escalating inequality, the wealthy come to exercise vastly more power over our political process.

Unions? Without them, workers can be subject to unpredictable working hours, workplace dangers, unfulfilled pensions, and other forms of corporate servitude. Pensions, after all, are delayed payments for work already done. They increase your freedom in your senior years. Unions also guard against discrimination on the job, whether by race, or gender, or ethnicity.

Foreign policy? The military, economic and political effects of globalization and high technology make it more and more apparent that threats to freedom in other regions of the world become threats to freedom here. The economic policies of China and India make it increasingly difficult to deal with global warming, compounding a problem in which the US has long been complicit. Putin’s invasion of Ukraine has led to greater investment by the US in upgrading nuclear weaponry while our domestic budget shrinks. Low wages and anti-unionism abroad has led to major job losses here as companies seek out the cheapest labor internationally. Freedom abroad and freedom at home are always linked.

Global warming? The freedoms affected are enormous: freedom from monster storms, droughts, fires, and floods—as well as the economic disasters that will follow. Freedom to experience nature as we have known it—not just for us but for future generations. On this issue, Democrats have had to battle intransigent Republicans who would sacrifice the freedom of future generations to enjoy the security that we have now.

The freedom to control one’s life and participate in our democracy is what unites progressives. Yet, very few progressives actually say this out loud. Progressives are bad at communicating the interdependence of issues and hence the links among forms of freedom.

The answer lies in an understanding of framing. Frames are mental structures that organize our thoughts. All words evoke larger frames: “tax relief” frames taxation an affliction, for example, instead of a tool for solving collective problems. “Pro-life” evokes the ultimate morality of preserving human life, and makes abortion seem immoral. Speaking of the Affordable Care Act as a “government takeover” turns health care into enslavement. Speaking of the “Islamic State”—or ISIS or ISIL—leads one to think of several thousand militants as a nation on a par with other nations. Using the word “cause” only to mean direct, rather than systemic, causation makes it impossible to see the reality that climate disasters are systemically caused by global warming, and leads to climate denial and its ultimate imposition on the freedom of most people on earth.

In politics, the highest frames are moral frames—ideas of what is right and wrong. Policies are proposed on the assumption that they are right, not wrong or morally irrelevant. Words activate not just policy frames but moral frames, and each time the words are used, the stronger those moral frames get. Even arguing against conservative ideas using conservatives’ language make oppressive frames stronger. Imagine someone saying, “Don’t Think of an Elephant.” It then becomes impossible not to. One can’t negate a frame while using that frame—a concept treated in-depth in my new edition of Don’t Think of an Elephant!

Instead, we should reframe the issues we care about. We should describe the regulations and services we need, not in conservative frameworks of cost and control, but in the language of freedom described above.

Because about 98 percent of thought is unconscious, none of this is obvious to most people. Progressives tend to think that just communicating the raw facts on a given issue is sufficient. It isn’t. The facts matter, but their moral relevance is what resonates. People identify with their deepest moral views much more than with facts about policy issues. Freedom is about as deep a moral view as one finds in a democracy. One has to communicate the intimate connection between freedom and fact.