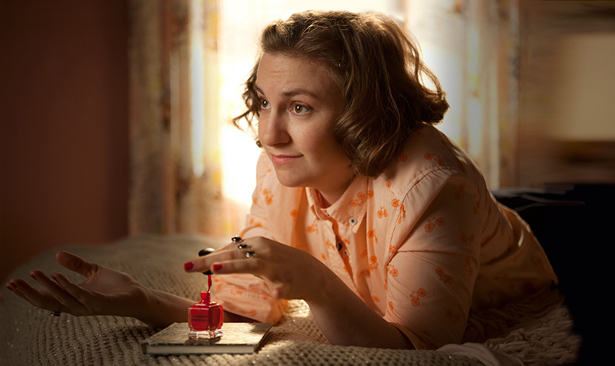 This piece was coauthored with Shen Trotter and originally appeared at Youngist.org. It is reposted here with permission.

Yesterday, Lena Dunham—whose character on the HBO show Girls is one of the most recognizable millennial narratives in pop culture—was called out by Gawker for “hiring” unpaid opening acts on her book tour. Only a few hours later, under pressure from fans and other media outlets, Dunham has come forward via Twitter and agreed to adequately pay all of her acts for their talent and labor out of the $304,000 in revenue from her tour. (Right on, Lena. We hope you learned something.)

We want to take this opportunity to reframe the conversation from Dunham as an individual to the realities of precarious, unpaid work and what would happen if every unpaid worker got the attention that those opening for Dunham received on Monday.

The generational relationship to unpaid labor

What is the significance of Dunham? She is the most pervasive trope of a generation who has been labeled “lazy,” “entitled” and “hopeless”, netting $12 million a year, and her face is the main stock photo used in the majority of articles about twentysomethings. How far away is Dunham from the reality of “the millennial”? For a group of people increasingly stratified by race and class, and with little in common except for our shared experience coming of age in a post-9/11 world under neoliberalism, its pretty clear she’s a far ways off. So, what the hell does the millennial identity have to do with Dunham and unpaid labor in the first place?

Though we have been conditioned to believe that working for millionaires is a privilege, history shows us that individuals, organizations and movements have long protested against free labor. Federal, state and city minimum wage laws, labor organizations and frequently popular opinion all reflect the spirit of the adage “a fair day’s wage for a fair day’s work.” But in practice, the United States effectively has no minimum wage—just a range of pittances that come in different flavors for different kinds of work.

The estimated millions of unpaid and underpaid interns, freelancers, cultural workers and other creative workers are one piece of an economic landscape of wage theft that includes food service employees whose wages are commonly stolen, migrant workers with sub-citizenship legal standing, millions of prisoners who routinely make less than 50 cents per hour in a mass prison system that extends the subjugation of black people through chattel slavery, and countless others. And for those lucky enough to receive $7.25 an hour or more, that stagnant number hides the reality that young people are being paid a fraction of what we were decades ago for doing twice as much work.

Why we oppose unpaid labor

For the powerful few to deny the exploited many the opportunity to live freely is unjust, no matter the details. Worse, the super-exploitation of millions justifies even worse conditions for millions more, telling those who are just one or two strokes of bad luck from disaster that they should be grateful for what little they have. Part-time and temporary labor, for example, continue the work of a centuries-long tradition of coercing women to work for little or nothing, with women forming the majority of the insecure workforce and an estimated three-quarters of the unpaid internship force (since “the industries that rely on internships, such as fashion, media and the arts, are feminized ones”).

And of course, the “best” of this work is typically reserved for the white and the wealthy, as well as those who’ve shown they “deserve” good opportunities by having bought an undergraduate or even masters’ degree (on credit, if necessary). Attacking unpaid labor attacks the system by which working people are pitted against one another and divided by race, wealth, gender, legal status and other structures of domination.

Comedian Caroline Bassett, who is opening for Dunham on October 12, was reported saying, “I’m fine with not being paid because of the circumstances surrounding the event—I essentially volunteered by applying.” We see you, Caroline. Many young people are in your position: selling their labor for cheap or giving it away for free under the pretense of “paying your dues” or “putting in time” (strangely telling phrases, no?) with hopes of getting noticed by bosses and being able to rise in ranks within your workplace or sector.

Millennials, people of color, women and queers seem uniquely targeted by the deception that there is any kind of mobility out of unpaid work—when the reality is that the possibility of mobility and respect in the workplace only comes about through organizing and mobilizing amongst workers.

Ugh, where do we go from here? If we don’t apply for the few unpaid, entry level jobs out there for us, then what?

We don’t have many answers except to simply suggest—whether you decide to take that unpaid position or not: organize, and organize until we all can live.

What if interns began to see themselves as employees—deserving of all of the protections afforded to that category—rather than volunteers? What would it look like if unemployed, unpaid and underpaid workers across sectors refused to apply for jobs for little-to-no wages? If we refused to operate from a model of scarcity where competition for a small pool of positions, drives down all of our wages?

Could a movement of part-time and temporary laborers, who are frequently mothers, caretakers and homemakers, be a part of the revival of a movement demanding living wages for housework? What if interns and freelancers supported the growing movement in the US prison system by establishing connections with those struggling behind the walls? We often speak of all our oppressions as connected; taking the first steps towards creating and strengthening these bonds can lay the social groundwork that will support a popular or revolutionary mass movement. As this work is done, we should also look to the organizing that is happening as we speak. Food service workers demand a living wage and a union as part of the #Fightfor15 campaign, mass hunger and labor strikes within the prison system seek the end of abuses like solitary confinement, and interns are fight to raise their pay above the minimum wage, as in 2013’s organizing by Nation interns (which gave birth to a cross-sector group, the Intern Worker Alliance). Some experiences we share as workers, but many we do not. Unionized or unorganized, in the private and public sector, across gendered, racialized and classed divisions—inside cubicles and behind bars—our labor and our lives are fragmented, and because of this, our visions are nothing without one another. None of our siloed movements can do this alone.

Looking to the future and understanding that fast food workers, interns, freelancers, parents, factory workers and prisoners are social categories that overlap and share strong bonds, how could we give material support to our interconnected struggles?

We have yet to fully actualize these bonds to improve our working conditions, and by that work create a popular vision free of economic scarcity. But as Dream Defender Sandra Khalifa said, “Our collective pain becomes power, once we feel that power we can’t turn back.”