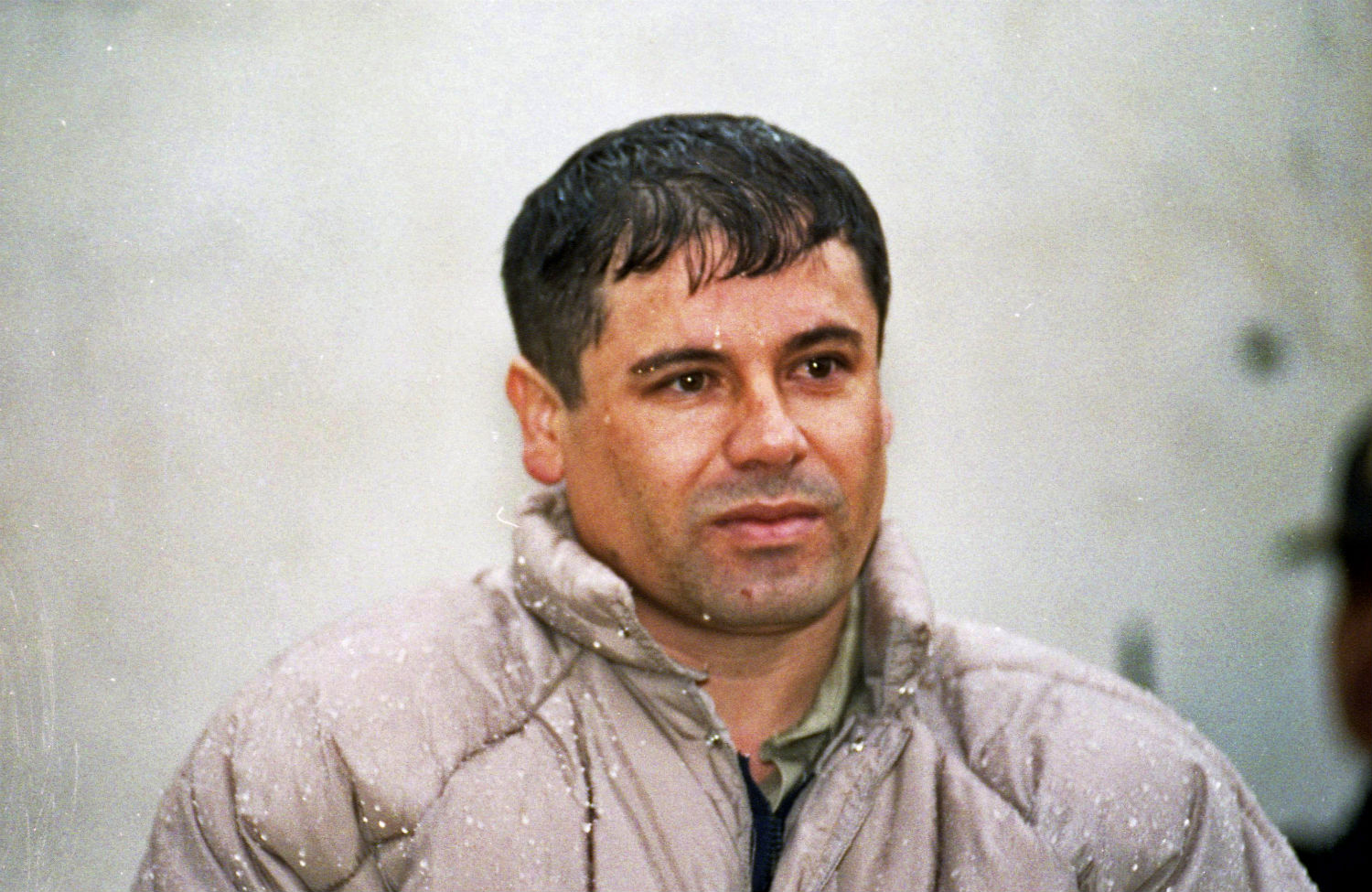 On February 22, the US and Mexican governments caught the Big Fish. Mexican Navy forces and police walked into a beachside condominium and arrested Joaquín “El Chapo” Guzmán, head of the immensely powerful Sinaloa cartel, without firing a shot.

The weeks since have been packed with details of the capture, which was surprisingly undramatic. Self-congratulatory remarks and speculation about what happens next are the order of the day here. While many Mexicans are skeptical about any real change resulting from the capture, US government officials have heralded the beginning of the end for the Sinaloa cartel.

There isn’t enough public information yet to measure whether drug flows to the US market have been interrupted or how the cartel is responding. If experience is any indication—and it usually is—the loss of El Chapo will neither disrupt cartel operations nor end the violence.

As the undisputed head of a global criminal enterprise, El Chapo Guzmán was one of the few people in the world on both the most-wealthy list (Forbes listed him at No. 67, with an estimated yearly income of $3 billion) and the most-wanted list (the US government had a $5 million reward out for him).

Yet for thirteen years, Guzmán dodged law enforcement after escaping from a Mexican high-security prison in 2001. His uncanny ability to slip out of the noose, along with other indications, led to a commonly held belief in Mexico that the US and Mexican governments were favoring the giant Sinaloa cartel as they killed and arrested high-level members of rival cartels. El Chapo’s arrest knocks a hole in the theory, although it remains to be seen how the cartel will reorganize relations internally and with government officials.

For now, all viable scenarios add up to more, rather than less, drug-war violence in Mexico. The kingpin strategy of taking out capos has been found to provoke battles for succession and turf wars, so the nation is braced for a wave of violence.

Relations between the drug lord, the government and Mexican society are anything but a typical cops-and-robbers story. El Chapo had, and still has, politicians and security forces on his payroll throughout the country. His organization provides employment and social services to communities, as well as sowing fear and bloodshed.

In Guzmán’s home state of Sinaloa and the neighboring state of Durango, residents have protested his capture. Melissa Montenegro, who organized one of the marches, told the Mexican news site Sin Embargo that El Chapo “has done more for us than any government” in fighting hunger and poverty in the region. The Mexican government dismissed the marchers, claiming that most are relatives of the criminal.

What’s undeniable is that the perception of a negligent and corrupt government went a long way to building the Sinaloa cartel’s reach and empire. When the government withdrew support for small farmers, the drug lords moved in to provide credit and marketing—not only for those willing to switch to opium or marijuana production but also to those growing legal crops.

El Chapo’s outlaw cult built on his Horatio Alger story of the poor kid made good. Peasants sang popular ballads of how he outwitted the government time after time and lauded his community projects.

And, of course, he also spread around a lot of money.

It’s possible that this was a strategic surrender. Guzmán gave up without a fight, unlike the showdowns with other cartel leaders. As he felt the circle close around him, he left his stronghold in the mountains and went to an exposed location at the beach—apparently without even a fraction of his 300-man guard service.

Common sense indicates that if he did agree to surrender, he would have two non-negotiable demands: not to extradite him to the United States and not to touch his wife and kids. Surprisingly, the US and Mexican governments seem to have granted these without question. The United States has not requested extradition, although it still could, and the Mexican attorney general let El Chapo’s young wife, Emma Coronel, go without even questioning her, although her father and El Chapo’s two ex-wives are both designated by the US Treasury Department as having drug ties.

So what happens next? None of the current scenarios bode well for Mexico’s ill-conceived war on drugs. One possibility is that someone will rise up to fill El Chapo’s shoes in the Sinaloa cartel leadership. His sons and closest collaborators are undoubtedly well trained to do that.

Another possibility is that El Chapo will continue to call the shots from inside prison. This happened before, when he was imprisoned from 1993 to 2001, and given the corruption in Mexican prisons, it could happen again. This scenario would indicate a high degree of collusion between the government—not just prison officials—and the cartel.

The most dangerous scenario would probably be the breakup of the Sinaloa cartel. The Mexican experience with cartel dissolution has been violent and tragic. The Zetas split off from the Gulf cartel when its leader was extradited to the United States, and it soon gained a name for itself as the most ruthless in a tight field. The Knights Templar formed after its parent cartel, La Familia, was decimated by government attacks. The Knights soon strangled Michoacán communities with violence and extortion.

Shoring Up the Drug War

The Mexican government was relatively cautious about crying victory over El Chapo’s capture. But US officials grabbed the occasion to shore up the leaking credibility of their drug war in Mexico.

Indeed, they’re the only ones predicting that this capture will destroy the power of the Sinaloa cartel, reduce violence and restore law and order in Mexico. “It’s not just the most significant capture and the arrest of one man,” the AP quoted US Representative Michael McCaul, chairman of the House Committee on Homeland Security, “but it bodes well for our efforts to dismantle and unravel the Sinaloa cartel.”

In his statement US Attorney General Eric Holder called the arrest a “landmark achievement” and praised “the cooperative relationship that US law enforcement agencies have with their Mexican counterparts.” Secretary of Homeland Security Jeh Johnson similarly congratulated the Mexican government and implied that the bust would increase security on the US-Mexico border, calling Guzmán’s arrest “a significant victory and milestone in our common interest of combating drug trafficking, violence, and illicit activity along our shared border.”

This is not to justify the cartel’s crimes or argue for a hands-off approach to organized crime. But as more is understood about different approaches to law enforcement and how the cartels themselves construct their influence, it is clear that blunt force backfires. Community-building, prosecution of financial crimes and regulation rather than prohibition of controlled substances have far greater potential to succeed.

Yet with millions of dollars in security contracts at stake and a Pentagon plan to extend its influence in Mexico, the US government continues to focus on what it calls “hard security” training and equipment. Poverty, clearly the most potent recruiting tool for the cartels, receives barely a nod in the 2015 Obama budget.

These are tense times for Mexico. The UN drug representative has warned that the capture will “destabilize” cartel activity. That usually means more bloodshed.

As government officials pat themselves on the back, no one seems to be concerned about the effect this will have on real security—the kind that determines whether children can safely play outside, not the kind that feeds the military-industrial complex and offers politicians a soapbox to stand on.