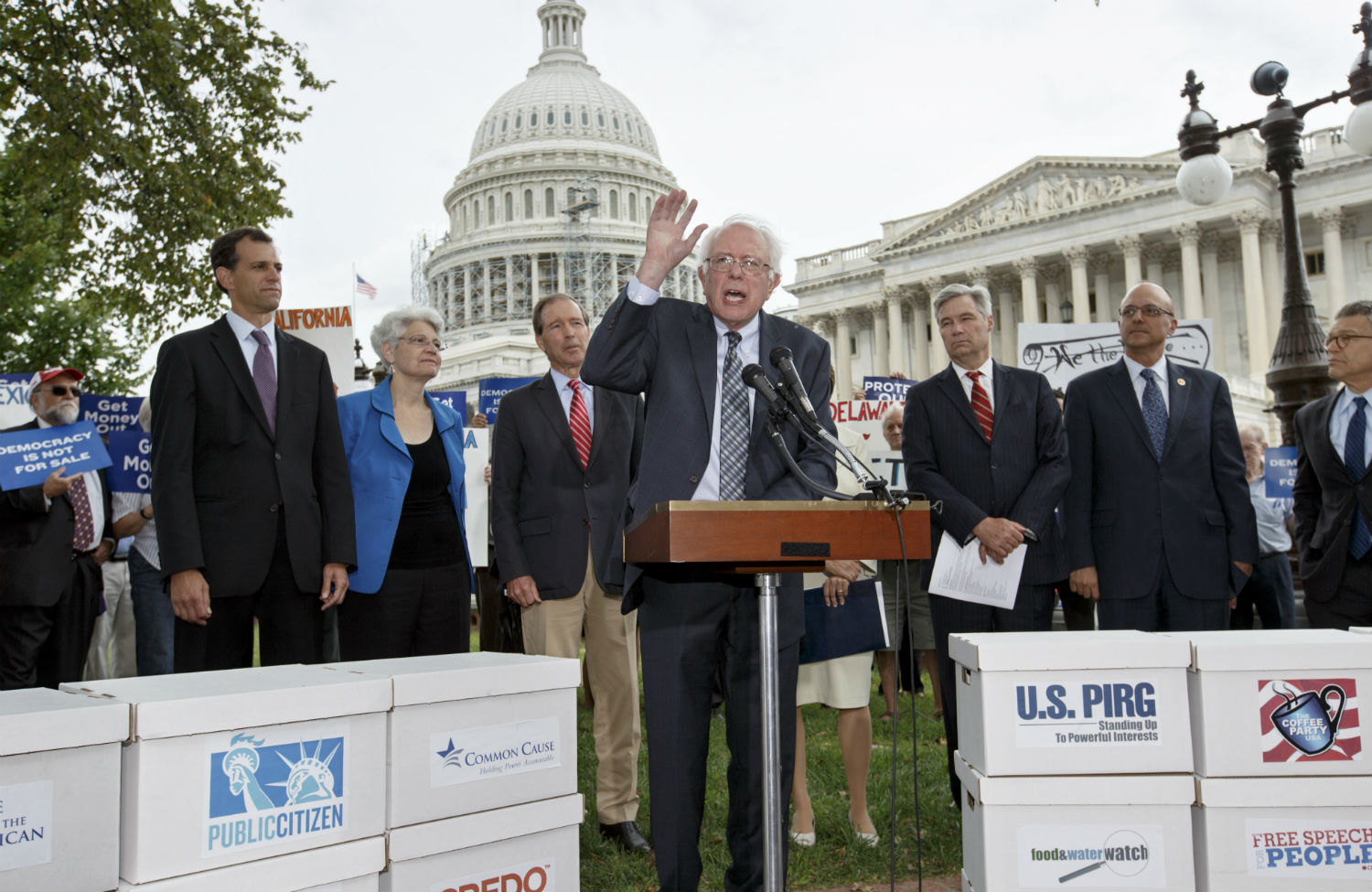 The 2014 election campaign was an exercise in dollarocracy, not democracy.

In a democracy, citizens are in charge, votes matter and the governments that take shape after elections reflect the will of the people.

In a dollarocracy, money is considered “speech,” corporations are considered “people” and elected officials take their cues from the billionaires and corporate interests that write the biggest checks. Campaigns cost exponentially more from cycle to cycle (the 2014 price tag will exceed $4 billion for federal races and billions more for state, local, judicial and initiative and referendum contests), and government becomes reflective of the demands of donors.

But that is just the most obvious evidence of the crisis.

Dollarocracy is about a lot more than the money raised and spent in campaigns. It is about the collapse of meaningful journalism, resulting from the downsizing and closure of newspapers, the replacement of local news and talk radio programming with syndicated “content” from afar, the reduction in political coverage by local television news outlets, and the horse-race coverage and spin that tend to characterize national news programs on broadcast and cable television.

When Americans look to television for news, what they get instead is a slurry of spin that tends, all too frequently, to reinforce a broken status quo. Nowhere is this more true that in debates about economics, which tend toward a narrow centrism rather than broad and realistic discussions of income inequality, failed trade policies, and the crisis that is created when crony capitalism replaces sound strategies for maintaining manufacturing and putting new technologies to practical use.

When the economic debate is vapid, when it does not go deep and explore the real questions that vex working Americans, the political process loses meaning. Many Americans simply opt out, which drops election participation rates to shamefully low levels—New York, with a full slate of statewide contests, had the lowest actual turnout since the state Board of Elections began tracking totals in the 1970s; turnout in California and Vermont, both of which had full slates of statewide contests, hit historic lows; in New Jersey, with a Senate contest and several tight House races, turnout was only 31 percent, “possibly the lowest the state has ever seen.”

Those who do get to the polls arrive after having slogged through deliberately confusing fall campaign seasons defined not by reasoned discourse but by the absurdly negative and frequently dishonest ads that are purchased with all those billions of campaign dollars. As such, they vote on the same ballot for state minimum-wage hikes and for Republican senate candidates who oppose federal minimum-wage hikes, as happened Tuesday in Alaska, Arkansas, Nebraska and South Dakota.

Democracy requires real campaigns between candidates and parties advancing distinct positions. It doesn’t work when the process is manipulated by big money, when candidates and parties try to tailor their messages to deceive rather than inspire voters. Nor does it work when journalism is so weak, so dysfunctional, so deferent to the money power that it facilitates a narrow and unsatisfying debate.

This is the unsettling reality of our times.

Unfortunately, few political figures are willing to discuss that reality—let alone to speak the truth to power that might change it.

This is why the most important political discussion of the 2014 campaign season was not a candidate debate. And it certainly was not found in the fearsome ad wars that were paid for with all those billions of dollars in campaign donations.

It was an appearance a few nights before the election by US Senator Bernie Sanders, I-VT, on public television’s Moyers & Company.

Of course, Sanders explained, “big money (can) put an unbelievable amount of TV and radio ads out there to deflect attention from the real issues facing the American people.”

The notion of deflecting attention caught the ear of Bill Moyers, who has been on both sides of the equation as a White House press secretary in the administration of Lyndon Johnson, as a newspaper publisher and as a highly regarded broadcast journalist.

“Well, that’s interesting,” said Moyers. “Because, you know, I’ve seen you quite recently on television. It’s always the same questions and always the same five headlines. What’s the story that the corporate press is not letting you tell?”

The nation’s longest-serving independent member of Congress was just getting started.

“And this issue of income and wealth inequality, wow: One percent owning 37 percent of the wealth in America. Bottom 60 percent owning 1.7 percent. One family, the Walton family of Walmart, owning more wealth than the bottom 40 percent,” he said. “Do you think we should be talking about that issue? You can’t get the discussion going on TV.”

Then came the vital exchange.

“Because it’s not in the interest of the corporations who own the networks to actually be educating the American people so that we’re debating the real issues. It’s much better to deflect attention away from those issues and get into the story of the day,” explained Sanders.

Moyers understands the problem. So he pressed Sanders with regard to solutions to what he referred to as “this fundamental question facing Bernie Sanders: How do you get your message directly to those who need it most?”

“I wish I had the magic answer,” replied Sanders. “You’re asking exactly the right question…. The idea that you have these working-class people who are voting for candidates who refuse to raise the minimum wage, who refuse to provide healthcare for their kids, who want to send their jobs to China, who want to give tax breaks to corporations, it blows my mind. And that is the issue that we have to figure out.”

For Sanders, one prospect is a presidential campaign—not an ordinary campaign but one that seeks to spark what he refers to as a “political revolution” in America. He is not naive. He knows how hard it would be to take on the economic and political and media elites. But he also knows that something revolutionary will be required to renew democracy in America.

John Nichols is the co-author, with Robert W. McChesney, of Dollarocracy: How the Money and Media Election Complex Is Destroying America (Nation Books), for which Senator Sanders wrote an introduction. The book is just out in paperback.