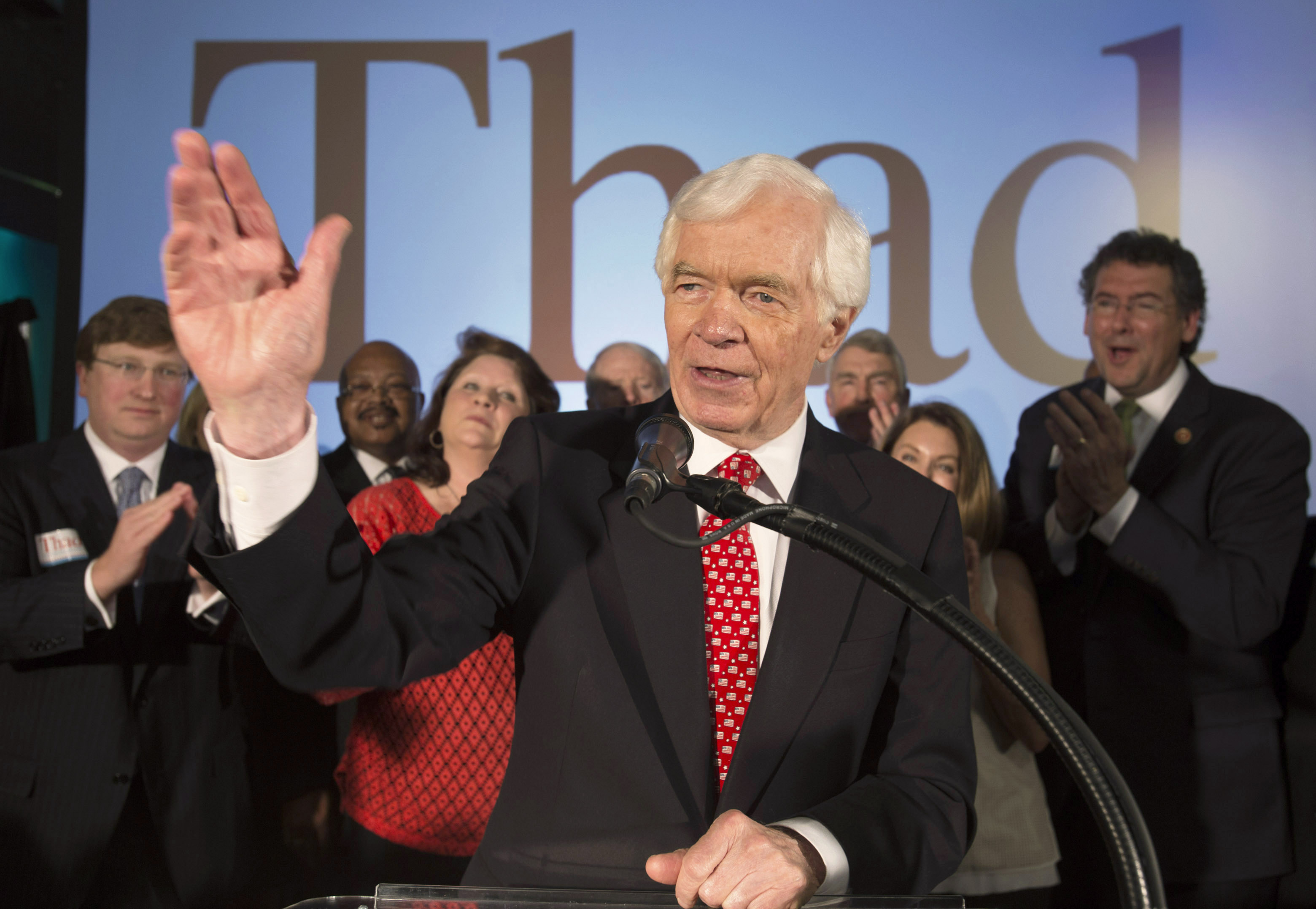 Yes, yes, of course, the veteran Republican senator’s comeback win in Tuesday’s Mississippi Republican primary runoff made it a lot less likely that the Magnolia State will join Arkansas, Georgia, Louisiana and North Carolina on the list of Southern states where Democrats could win Senate seats this fall. And, yes, that will make it harder for Democrats to hold their majority in the chamber.

But Cochran’s win taught a pair of lessons that Democrats must learn — not as talking points but as a core concepts — if they hope to secure positive results in November.

Lesson One: Turnout is definitional.

Lesson Two: Turnout can be substantially increased, even in the most difficult of circumstances, with focused energy, resources and messaging.

By most measures, that should have been the end of it for Cochran.

Runoffs usually attract lower voter turnout than initial primaries, and Tea Party candidates thrive in low-turnout contests—when the most extreme voters are the most likely to show up.

Cochran was advised to give up.

Instead, he decided to pour time and money into hiking the turnout—especially among voters who were likely to reject a Tea Party candidate.

Instead of declining, turnout for the runoff increased. A lot.

The runoff attracted almost 20 percent more voters than the initial primary, for what The Jackson Clarion-Ledger identified an increase of more than 65,000 ballots.

Much of that spike came in counties with substantial African-American populations. Mississippi’s African-American population provides much of the base vote for the Democratic Party in the state. But under Mississippi law, Democrats can “cross over” and vote in Republican primaries and runoffs—just as Republicans can, and often have, voted in Democratic primaries and runoffs.

The crossover vote appears to have helped Cochran a good deal. As veteran political scientist Larry Sabato points out, “The Mississippi counties with a black population higher than the state’s county median saw turnout increase by 27 percent over the runoff, and Cochran won these counties by about 25,000 votes. Meanwhile, the counties with a black population lower than the median had a turnout increase of 13 percent, and McDaniel won these counties by about 19,000 votes. Cochran’s overall victory margin of nearly 6,400 votes is about the difference between those two numbers.”

In the first primary, Cochran battled McDaniel for right-wing votes, emphasizing his pro-gun record and social consevatism. In the runoff, however, Cochran switched to a more mainstream message that emphasized his support for federal programs that aid Mississippi and especially for education.

The senior senator also, as The New York Times reported, “attacked Mr. McDaniel for his vows of austerity.”

“Those attacks seemed to work with voters—at least enough to spook Democrats, and even some Republicans, who are accustomed to the protection and seniority of a long line of Congress members going back almost 100 years, including Senators John C. Stennis, James Eastland and Trent Lott and Representatives Sonny Montgomery and Jamie L. Whitten,” explained the Times.

Voters like Jeanie Munn, of Hattiesburg, came to the conclusion that—whatever they might think of Cochran—they needed to get to the polls to stop McDaniel and what they saw as “a threat to the state.”

Of course, McDaniel and his “Tea Party” allies cried foul—refusing even to concede the close race. Sarah Palin objected to the turnout "shenanigans" that saved Cochran. Their griping was rooted in the fact that their faction lost a “sure thing” election because the electorate grew.

The growth in voter turnout on Tuesday helped a mainstream conservative Republican win on Tuesday. But similar growth could help Democrats win in November.

By most measures, 2014 is going to be a tough year for Democrats. They are defending a lot more competitive Senate seats than the Republicans, as this is the election when senators elected on the Barack Obama wave of 2008 are up for re-election. They also face the daunting task of trying to win House seats that were redrawn to favor GOP candidates after the “Republican wave” election of 2010.

If turnout levels remain the same in 2014 as they were in 2010—roughly 38 percent of the voting age population cast ballots that year, according to the United States Election Project at George Mason University—this could be another “Republican wave” year.

If voting levels increase, however, Democratic prospects improve dramatically, as they did in 2012, when voting-age population turnout was closer to 54 percent.

But Thad Cochran has proven that focusing on turnout—with resources, organizing and a targeted message that highlights the threat posed by austerity-prone Republicans—can significantly increase voter participation in critical races. And that participation can change the electoral calculus.