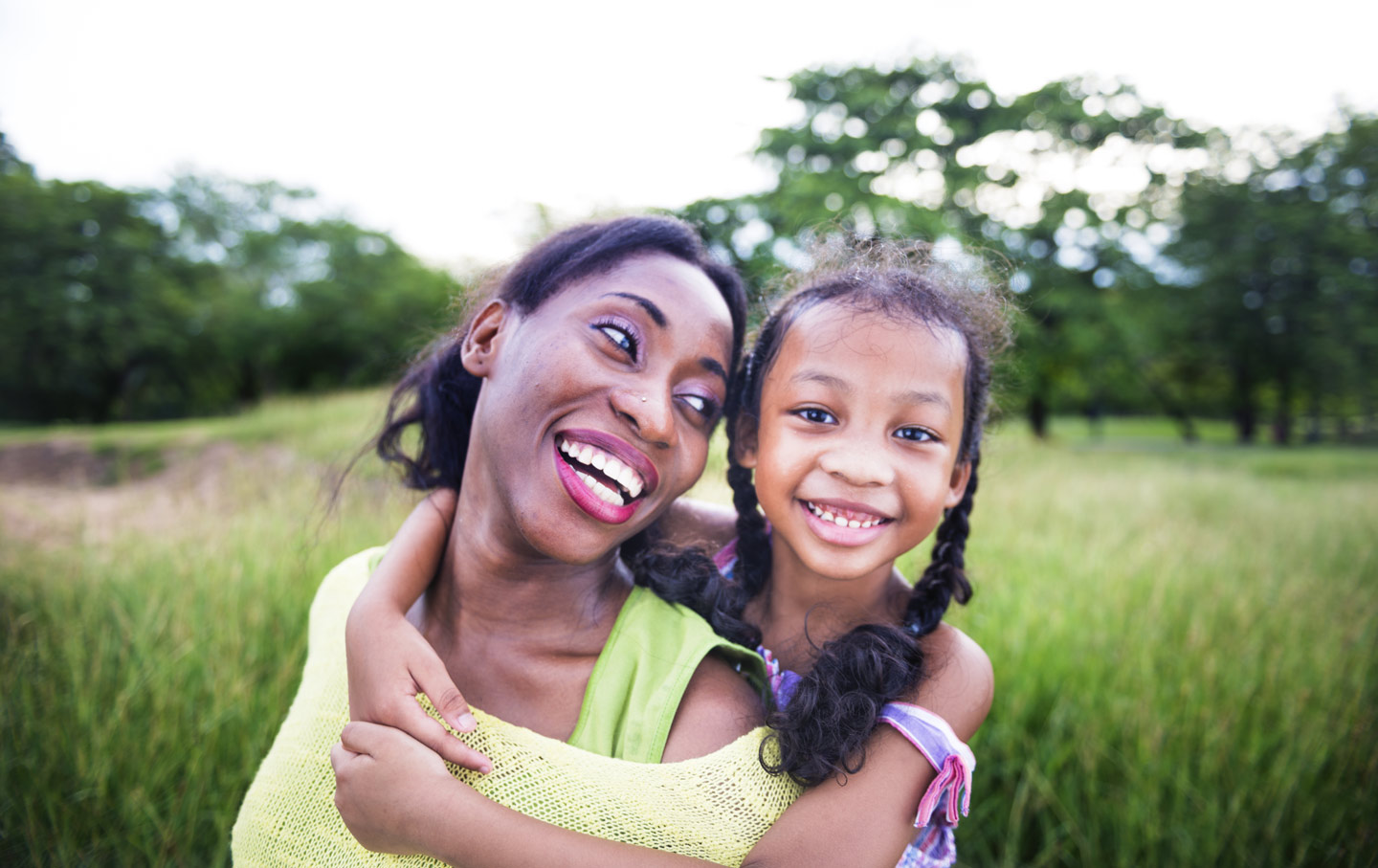 Since its founding in 1865, The Nation has been a home for writers instigating, reporting on and arguing about struggles for social and economic justice. We have held fast to our “Nation Ideals”— from racial justice to feminism, from a fair economy to civil liberties, from environmental sustainability to peace and disarmament—throughout our 150-year history. During our anniversary year, TheNation.com will highlight one Nation Ideal every month or two. We’ll celebrate by asking prominent contemporary Nation voices to read and respond to important pieces from our archive. Below, Dani McClain reflects on a 1989 Nation special issue on “Scapegoating the Black Family.” Learn more about our 150th anniversary events and special content here.

In February, Jeb Bush’s all-but-declared presidential campaign hit a minor speed bump. His chief technology officer, Ethan Czahor, was fired after Buzzfeed and the Huffington Post brought to light offensive comments and tweets the tech whiz had made over the years, mostly as a college student. Most were nonsensical musings, including advice to rappers to pull up their pants and present themselves more like Martin Luther King Jr. The news item was just what you’d expect as campaign season heats up and candidates scour opposition staffers’ backgrounds for anything that could offend the typical voter. But one item on the list of Czahor’s offenses stood out. As a college radio host in 2008, HuffPost reported, he’d said that “black parents need to get their s@#t together,” arguing that “the majority of newborn black babies belong to single-parent households.”

That this sentiment was cited as a reason the Bush campaign ousted Czahor surprised me. After all, there’s not much controversial about attacking the structure of black families, of which 30 percent are headed by unmarried women, compared to 13 percent of American households overall. Bush and others in the Republican field will likely make similar comments during the primary season, even if more subtly; maybe they’ll take a page from Mitt Romney, who in 2012 said promoting two-parent families could counteract gun violence. Democratic candidates will probably do the same, though they tend to be better at finessing the message. On Father’s Day in 2008, candidate Obama reminded a primarily black congregation in Chicago about the importance of having a father in the home. “Children who grow up without a father are five times more likely to live in poverty and commit crime; nine times more likely to drop out of schools and twenty times more likely to end up in prison,” he said, suggesting that two-parent families are a kind of talisman capable of protecting children from tough lives.

One problem with such claims—from Czahor’s to Romney’s to Obama’s—is a stubborn and unsubstantiated insistence that what’s at play is causation rather than correlation. The assumption is that fatherlessness causes a host of problems, but the reality is much more complex. Research shows that it’s primarily well-educated, financially secure individuals who choose to marry in the first place these days. (And surprise! They tend to marry each other, so class jumping via partnership isn’t much of an option here.) So is it marriage or money that improves quality of life? In 2011, Pew found that 64 percent of Americans with a college degree were married, but fewer than 48 percent of people who’d had some college or less had tied the knot. This class gap didn’t exist in 1960, when 72 percent of US households were headed by a married couple, a historic high. Unfortunately, mainstream discussion of the issue is stuck in that decade. Locating the causes of poverty, low educational attainment and criminal behavior in black families’ inherent dysfunction has been the norm across party lines since Daniel Patrick Moynihan published his 1965 Department of Labor report “The Negro Family: The Case for National Action,” characterizing the black family as exhibiting a “tangle of pathology.” Through a shared desire to balance a critique of structural racism with a call for personal responsibility, liberals and conservatives have been united in looking with exasperation at the black family, which dares to persist even where male breadwinners and wedding vows are in short supply.

Another problem with these adamant claims about what black families need to do to better themselves is that they’re mostly made by men. In the summer of 1989,The Nation tried to interrupt this pattern by turning over the reins to a team of black women for a special issue called Scapegoating the Black Family. The previous year, Aid for Families with Dependent Children (AFDC) had been tweaked to emphasize work requirements for those receiving aid, a major step along the path to Bill Clinton’s sweeping welfare “reforms” of 1996. The Cosby Show was in its fifth season of showing viewers that enviable two-parent wealthy black families exist, and Kate & Allie was ending its five-year run convincing Americans that straight white divorcees with kids were nothing to fear. But no similar cultural effort had humanized or demystified the black single mother. She continued to live in the public imagination primarily as the welfare queen, the scheming and immoral woman who couldn’t keep her legs closed or her hands out of the public coffers.

Part of the reason why representations of the black family were so limited and so negative, the guest editors of that issue argued, is that discussions on the topic were dominated by people who had never been in one, whatever its configuration. In fact, wrote Jewell Handy Gresham in her essay “The Politics of Family in America,” white men were overwhelmingly seen as the experts—from Moynihan, who’d written his report while an official in LBJ’s Labor Department, to Bill Moyers, whose sensational 1986 prime-time CBS Special Report, “The Vanishing Black Family—Crisis in Black America,” took viewers inside a Newark, New Jersey, housing project and was seen by many as a definitive portrait of black life, eventually winning a DuPont Award for excellence in broadcast journalism.

White male social scientists and commentators, such as the American Enterprise Institute’s W. Bradford Wilcox and New York Times columnist Russ Douthat, continue to dominate the public dialogue about marriage and family. Today, they often seem to be trying to figure out how what was once a decidedly black problem—low marriage rates and a prevalence of female-headed households–has come to plague the country as a whole. A June 2013 daylong conversation on family hosted by the New American Foundation is just one example of present day agenda-setting gatherings where black perspectives are nowhere to be found. A panel titled “Will single motherhood become the norm?” lacked any black or non-white representation, and writer Katie Roiphe, a white single mother, provided the sole voice of reason amidst claims that children want and need a father in the home. “We’re bringing some Eisenhower-era assumptions to the table here,” Roiphe told her fellow panelists, a staff writer for the Times and a senior writer with Pew. “What I think children want is to live in a secure environment in which they are loved.”

In the 1989 special issue of The Nation, it was Dorothy Height, longtime leader of the National Council of Negro Women, who drove home this point and situated it in a specifically black understanding of family, writing:

Some social analysts…define a “family” as a social/economic/political unit with a man at its head, and they continue to insist on this definition even at a time when divorce rates and serial marriages, resulting in merged families and increasing numbers of female-headed households, reveal how archaic it is. For black people, this definition has never applied.… Blacks have never said to a child, “Unless you have a mother, father, sister, brother, you don’t have a family.” I think that the wrongheaded emphasis on the nuclear family has led to the demoralization of young people, both white and black. Because of it, a child who is not part of a nuclear family–or whose family does not behave in the manner of the model—may well say, “I’m nobody.”

Until today’s shapers of policy and culture make serious efforts to change the narrative, the moralizing about family structure that’s aimed particularly at black and low-income families will continue as it has for decades. Already we’ve seen President Obama bring ideas he hinted at in that Father’s Day speech into the implementation of his My Brother’s Keeper initiative, which is focused on the advancement of boys and men of color—in part, to make them more marriageable. Elite think tanks and publications will continue to report data on marriage and parenting in a way that supports their particular ideological bent. It can get boring after a while, to be honest, particularly for someone like me who was raised in a so-called single-parent home, surrounded by loving, supportive family members. My lived experience tells me that it’s resources—relational and financial–not two parents that create stable, happy childhoods. Wilcox, Douthat and their ilk will never convince me otherwise.

But what does interest me as marriage rates plummet across racial groups, is who will have the platform to tell a broad audience what non-nuclear families look and feel like on the inside? Whose voices will be acknowledged and sought out to usher Americans’ collective understanding of family into the twenty-first century? There is certainly a place for the Katie Roiphes and the growing numbers of upwardly mobile, non-black American women having children on their own to tell their stories. But my hope is that their experiences, often framed in the media as courageous and proof that feminism has set us all free, don’t eclipse those of black and low-income women who have long been figuring out how to lead functional families, whatever their makeup.

Next, read Michelle Chen on the 1926 campaign for ”Wages for Wives.” And learn about the key moments in the fight for gender quality in our timeline: Radical Histories: Feminism, Sex & Gender. Learn more about all our 150th events and special content here.