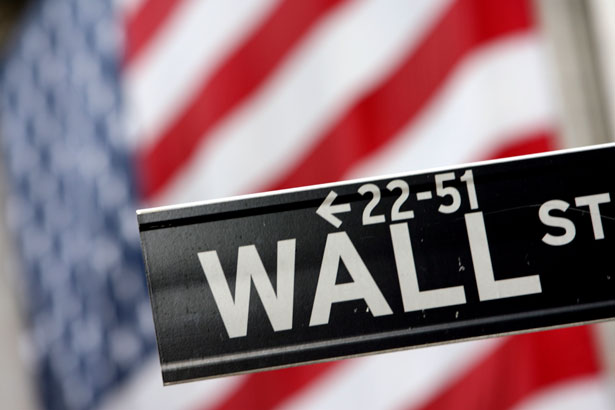 The Obama presidency has been among the best in American history… for the super-wealthy. Corporate profits are at an all-time high. Between 2009, when America’s recovery from its worst recession in eighty years began, and 2012, fully 95 percent of the fruits of America’s economic growth went to the wealthiest 1 percent. And the 1 percent of the 1 percent? Don’t ask. According to a recent study by economists Emmanuel Saez and Gabriel Zucman, the wealth share of the top 0.1 percent is today about as high as it was at its earlier 1916 and 1929 peaks. And one can only imagine their envy of the recently ranked Forbes 400 richest Americans—folks with an average net worth of $5.7 billion, a group whose wealth has increased 14 percent in just the last year.

A recent column comparing Obama and the sainted Ronald Reagan, on the website of that same commie rag, Forbes, demonstrated that from the perspective of investors alone, Obama is a far superior president than Reagan (and we haven’t even mentioned the declining government budget deficit under Obama, compared with Reagan’s explosion of it). “Investors have gained a remarkable 220% over the last 5.5 years! This level of investor growth is unprecedented by any administration,” financial planner Bob Deitrick told Forbes. These fortunate investors really should not be surprised by this news. Economists Alan Blinder and Mark Watson recently discovered that America’s post–World War II economic performance under Democratic administrations has consistently bested its performance under Republicans, with growth rates averaging 4.35 percent, compared with just 2.54 percent.

And yet we read in Reuters that “Wall Street donors are opening their wallets to back the Republican fight for control of the U.S. Senate in November’s election, and financial services has emerged again as the highest spending sector, according to campaign finance reports.” Over 60 percent of traceable financial-sector donations in this midterm cycle have gone to Republicans or Republican-aligned groups, and the money is still flowing.

One has to ask: Why are these people so stupid? It’s not as if anything is about to change. Democratic donors are not about to demand a revolution, though they do tend to feel at least some responsibility for ensuring the health of the larger economy. But as Jackie Calmes reported in The New York Times recently, the Republicans are standing in staunch opposition to two of the policies that “many economists consider important for expanding the labor force and promoting long-run growth”—infrastructure investment and immigration reform.

According to the American Society of Civil Engineers’ 2013 Report Card for America’s Infrastructure, this country’s investment in public infrastructure has earned an overall grade of D+, with $3.6 trillion needed by 2020 just to keep up with demand. Despite this, as Paul Krugman has noted, Republicans continue to call for decreasing this already insufficient investment. Meanwhile, according to the Congressional Budget Office, the Senate-passed immigration bill would increase economic growth by an estimated 3.3 percent within ten years and save the economy $175 billion. And don’t let’s get started on the eventual cost to the economy of the Republicans’ refusal even to grant the reality of man-made global warming.

It wasn’t always this way. Conservatives, once upon a time, knew the importance of insulating their bottom line from their vanity. Consider the pre–Rupert Murdoch Wall Street Journal. Its editorial pages raved like Ayn Rand at a Young Americans for Freedom rally, but its news pages played it straight, to the point of contradicting some of the more outrageous editorials. As Ben Bagdikian, former dean of the Graduate School of Journalism at the University of California, Berkeley, observed long ago, this was possible because “executives and stockholders really do want to know the unpleasant truth about corporate life when it affects their careers or incomes. At the same time, however, most of them are true believers in the rhetoric of free enterprise whose imperfections and contradictions are standard content in The Wall Street Journal. By reporting critical stories about realities in particular industries in the news columns, but singing the grand old hymns of unfettered laissez-faire on the editorial pages, the Journal has it both ways.”

Under Murdoch, however, even the news pages sing from the same hymnal. For instance, how many other newspaper obituaries of Ted Kennedy quoted Rush Limbaugh complaining about “slobbering media coverage” and describing the deceased as the type of politician who “uses the government to take money from people who work and gives it to people who don’t work”? Even more significant, no doubt, is the rise of Murdoch’s Fox News, which really ought to be renamed “Rupert Murdoch’s Ideology Plus Blond Chick” for accuracy’s sake. According to a recent Pew study, 47 percent of “consistent conservatives” picked Fox as their favorite news source for government and political news, and “no other sources come close.” (“Consistent liberals” typically did not coalesce around any single choice.) And as we have demonstrated ad nauseam in this and many other sources, Fox has no compunction about falsifying the truth to tailor its reports to the ignorant, often racist prejudices of its audience (and, presumably, its owner).

The net result is a political system in which, in order to protect the government from a socially engineered collapse by a party that has completely divorced itself not merely from reality but from the laws of mainstream capitalist thought, it falls to the Democrats to defend the interests of the super-wealthy from the consequences of their own stupidity. Is it any wonder that they sound so unconvincing doing so?