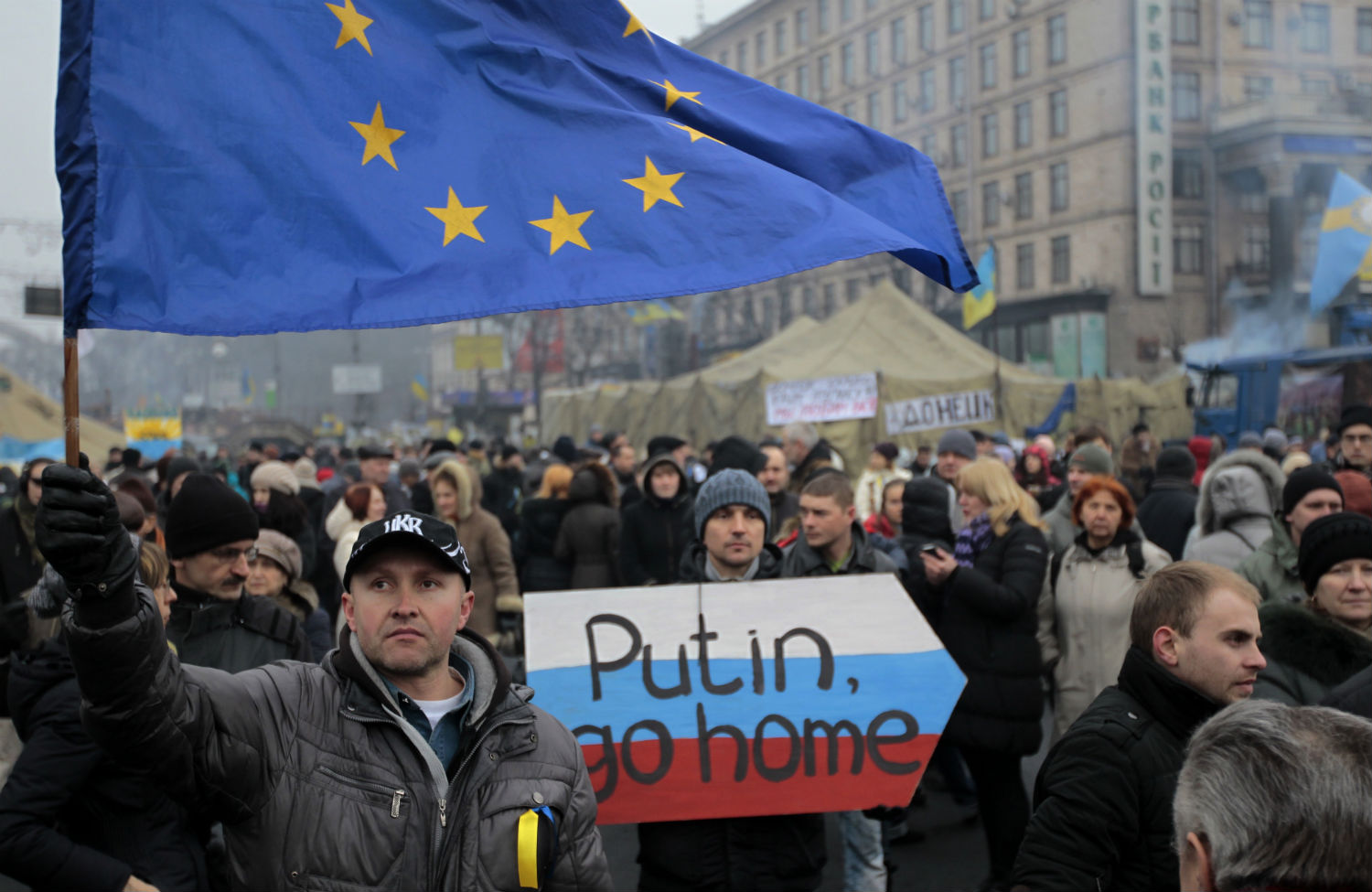 While many are discussing the fact that we should not be listening to the war hawks that led to the catastrophe of 2003, other errors from the past are being replicated, notably the uncritical trust in the dubious sources relevant to ISIS, most of which are authenticated by its very enemies. This excellent article by Elliott Colla reminds us that when relevant to warfare we should be skeptical of reductive narratives put forth by the military-literary complex and by the media. Beyond war-mongering, as Chelsea Manning discussed in the NYT, the practice of embedded journalism makes war reporting fundamentally biased. Informed by the lies that surrounded the first Iraqi invasion (WMD!) or, more recently, the doubts shed by Seymour Hersh on the chemical attacks in Syria, we should know, by now, that when in war, we know nothing.

Is all hope lost for delinquent youth? So suggests this recent study conducted at Northwestern University's medical school. According to researchers, there are three risk factors during adolescence that predict violent death up to age 34: alcohol use disorder, selling drugs and gang involvement. The gist of the issue lies within the economically-disadvantaged communities from which delinquent youth typically come. In other words, how can the criminal justice system work to better prevent these youths from recidivism?

Many have questioned the legality of exchanging five Taliban prisoners from Guantánamo for Bowe Bergdahl, specifically because Congress was not notified 30 days prior to the swap. Some critics of the exchange concluded that Bergdahl “should have been abandoned, because of claims that he was a deserter,” even before the army launched an investigation into his disappearance. Worthington points out the irony to such a response, “as the only other place where men are routinely judged and condemned without having been charged or tried is Guantánamo.” Overall, this piece complicates the story by first reminding us of the AUMF (Authorization for Use of Military Force), which allows the President to use all “necessary and appropriate force” against those he determines responsible for the attacks on 9/11. Worthington suggests, however, that as the war in Afghanistan comes to a close, holding Taliban prisoners is no longer justified under such a law and that, most importantly, “time is running out for the US to maintain that it has the right to continue to hold prisoners at Guantánamo indefinitely.”

The conversation about equal education opportunities for communities of color has changed from directly improving conditions in "concentrations of poverty," to an urgent (yet still necessary) topic: teacher tenure laws. On June 10, the Vergara v. California court decision deemed "state teacher tenure and seniority protections as a violation of the rights of poor and minority students to an equal education." But as Richard Kahlenberg questions, are teacher tenure laws truly the ill of these fated urban schools? And what exactly are the advantages and disadvantages of them? While the court decision makes it easier to get rid of poor-performing teachers, Kahlenberg argues that keeping great teachers in low-income schools comes first from policymakers "promoting economic integration." What states like California need, then, are cases that directly challenge overwhelming de facto economic and racial school segregation that (artificially and premeditatedly) continues to exist in urban public school systems across the nation.

When we think of those who toil in higher education, we see only the leafy campuses and tweeds and intellectual ferment; we don’t see the adjunct professors barely scraping by, often without health insurance or any sense of job security. Rachel Riederer challenges those stubbornly held assumptions, showing us that we don't see the attention and care to students' work that is lost due to the uncertainty that hangs over an adjunct lecturer's career. Complaining about—or even explaining—work conditions is often seen as a supremely ungrateful act. That's what stills dialogue—exactly what is, at the very least, most in need.

In his profile of two Pakistani rappers, Hamzah Saif of the Ajam media collective adds a chapter to the story of international hip hop. The genre began as a space for the voices of marginalized African American communities in the United States, and artists around the world have since found that they can use rap to express unsung stories, and in the case of rapper Shahzad Meer, unsung languages. “When you arrive in Thatta, the ricksawallah (rickshaw driver) has an Urdu song playing, maybe a Punjabi song, maybe even an English song, but never a Sindhi song. What has happened to the rich musical tradition of Sindhi?” says Meer, explaining why he raps in Sindhi, a language that has lost its status in modern Pakistan, where Urdu is privileged over other dialects.

Late last month, Nate Cohn at The New York Times published a controversial article that claimed that the large number of white-identifying Latin@s signals a process of racial assimilation similar to that of Italian and Irish descendants. Despite the waves of criticism (which included revealing that their claim was based on a unpublished report), the Times stood by his piece—which essentially strove to put Latinidad in a U.S. colonialist identity box. The problem is, Cohn was asking all the wrong questions.
Here's the thing: Latin@ identity is shifting epistemologies about race, ethnicity, identity and language. This week Salon published an article that speaks to how utterly unperceptive this article is. The author, a third generation Latina, argues that her inability to speak Spanish does not exclude her from her Latina identity—despite the fact that she is told she is "basically white." Instead, she says, her experience as a non-Spanish, light skinned speaking Latina in the U.S. opens new ways of thinking about Latin@ identities that fall outside of the Census and its little boxes. And it's not because she's suddenly "assimilated" (whatever that means). Just take a look at the trending #WhatLatinosLookLike hashtag and you'll get the picture.

“‘Not going to lie down and take it’: Black women are being overlooked by this president,” by Brittney Cooper. Salon, June 17, 2014.

During his two-term presidency, Obama has dedicated a portion of his agenda to addressing the immediate needs of minority groups, including LGBTQ communities and young black men, the focus of his recently announced "My Brothers Keeper" program. However, the racial justice agenda under the Obama administration is a male one and displaces the complex identity of many black women. In her article, Brittney Cooper critiques Obama's marginalization of his single largest voting demographic. Cooper notes, "no executive orders, no White House initiatives and no pieces of progressive legislation" have been introduced to address the hardships that black women face. From prison reform to affirmative action, few items on the racial justice agenda directly address the immediate needs of black and brown women in the United States. "What has become apparent is that President Obama’s personal understanding of racism is deeply tethered to his position as both black and male," Cooper states. By only placing value on the "absent black father" and the disconnected black male youth, patriarchy continues to displace the vital role that black women and girls play in sustaining the black community. By "…missing the irony that his lack of father did not prevent him from ascending to the presidency," Obama equates black success to male success. What Cooper resolves is that it is vital to recognize racial oppression in its many forms—not solely as an examination of white supremacy, but an intersectional critique of masculine discourses. Because, as history has shown, from the highways of Selma to the hallways of the White House, black mothers, daughters, sisters and partners refuse to be left behind.

The fallout from the 2003 invasion of Iraq continues in the form of an Al Qaeda offshoot known as the Islamic State of Iraq and Syria. As ISIS advances into cities in northern and central Iraq, spreading devastation in its wake, much has been written about Iraq’s tragic legacy and how it came to be. The blame has largely rested on those who beat the drums of war, neocon hawks in the Bush administration and in the media. But Frank Rich reminds us: “History will look back at the liberal and conservative hawks alike as having flunked the biggest judgment call of their time.” In “Everlasting Iraq,” Rich refers to a short fictional (but also non-fictional) novel written by the late Michael Hastings. Hastings' book, The Last Magazine, “tells the story of the run-up to the Iraq War from a perspective that many of his colleagues would like to forget or suppress.” Hastings book describes a liberal media that “cheered on the war with a self-righteous gravity second only to Dick Cheney’s.” As we continue to reflect on the tragedy that is Iraq, let’s hope we all learned our lesson, conservatives and liberals alike.