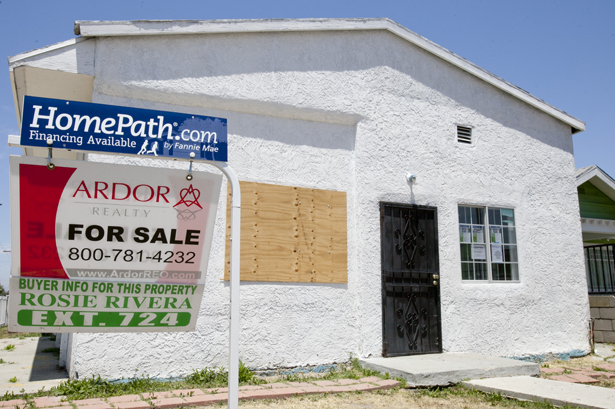 Confession: I don't care about "environmentalism."

Don't get me wrong. I think pollution is bad. I rallied for Coal Divestment at my university. I read Naomi Klein. I follow 350.org on twitter. But at some point, I made a conscious choice to let other more committed environmental activists to do my caring for me. At the time, I saw environmentalism as a mode of political involvement that appealed to especially huge numbers of people in my generation (for good reason), and so felt like I could get away with focusing on the labor movement, on combating income inequality and mass incarceration instead. I was like, "you guys, got this. Tell me where to sign, where to show up, and I'll be there, but I have other meetings to be at!"

In an editorial from Jacobin's winter issue, Alyssa Battistoni explains how stupid I am. Where many leftists have criticized the (mainstream) environmental movement for too comfortably accommodating neoliberalism—just buy these funny looking light bulbs and we'll save the planet!—Battistoni indicts the anti-capitalist left for failing to engage adequately with environmental issues, not as one item on a political agenda but as fundamentally interconnected with our efforts to organize toward an alternative economy. More critical and compelling than the welcome "environmental justice" terminology gaining credence in the green movement, Battistoni calls instead for a "cyborg socialism," which forefronts the entangledness of ecology and technology, of class struggle and the planet it takes place on.

"Cheerleaders make the NFL's billions. They deserve to be paid minimum wage," by Nichi Hodgson. The Guardian, March 30, 2014.

The National Labor Relations Board’s recent decision to allow players at Northwestern University to form a union is a major victory for college athletes long denied the fruits of their own labor. However, football players are not the only labor pool that is exploited by the multibillion dollar industry. Nichi Hodgson's recent Guardian piece highlights the fact that NFL cheerleaders—the faces and bodies so ubiquitous in television and in-house NFL advertising—are paid less than minimum wage. Moreover, paternalistic NFL teams insist that these women adhere to a strict standard of moral behavior (as if the NFL is some bastion of morality). As Hodgson describes it: "no fraternizing with the players, including no discussion of wages or working hours; no jewelry, other than wedding bands and team-mandated earrings; no weighing a single pound more than you did at the beginning of the season; compulsory tans, fake or skin cancerous—the list goes on." As Hodgson points out, these are the same punitive practices found in strip clubs. However, strippers have been able to push for back wages and compensation, such as the Spearmint Rhino dancers who successfully sued the club chain for almost $13 million. "Even strippers have more labor rights than cheerleaders," and even the team mascot makes a minimum wage. It's time that cheerleaders received the same.

In These Times reports on the rapid growth of big bank– and private equity firm–owned housing in the wake of the financial crisis — and what it portends. The authors write: "After first making money from the housing bubble that crashed the economy, then benefitting from the federal bailout, banks and investors now stand ready to profit all over again by cleaning up the mess they made." A source tells the authors of the piece that, for example, "in many cases, victims of foreclosure are literally renting back their own houses." They detail the ways that gentrification, unsafe living conditions and general poverty and precarity result from financial companies increasingly serving as the (absentee) landlords of huge swathes of American cities. Another recent article in In These Times, "The End of Jobs?" gives a similarly important analysis of another of the economic trends that are leading, broadly speaking, away from the mid-twentieth-century "American Dream" and its fantasy of stability. Both come with ideas for solutions: accompanying "Game of Homes" is the article "Three Ways to Cut Wall Street Out of the ‘Housing Recovery,’" offering ideas on how to move forward.

An interesting, albeit poisonous paradox: Middle-school girls are forbidden from wearing leggings because they are distracting to boys and destructive to the educational environment; therefore, dress code. However, girls who transgress against the vague clothing guidelines are forced to hide behind their friends when administrators approach, wear embarrassing gym shorts and even take papers home for their parents to sign. Now, what's more frustrating to administrators' educational ambitions? The inherent vice associated with the female body, or the regulations educators impose on those bodies?

Assuming law to be static is a big mistake. For example, new crude oil facilities that promise only to ship carbon domestically (exporting US crude has been essentially forbidden since 1975) should be met with skepticism. As proof, Congress is now thinking of lifting the 1975 ban. Richard Heinberg’s short piece, which does not mention the crude oil ban specifically, still offers a good antidote to Congressional hearings on promoting US carbon exports. Sorry to self-promote, but I predicted this in February 2013.

"Terrabyte Incognita: Africa Might Not Look Like You Think It Does," by James Wan. Think Africa Press, March 28, 2014.

It's well known that cartography can't be entirely objective. Greenland is grossly oversized in the commonly used Mercator projection, and I know some Australians who prefer the "upside down" map of the world. Scholars like Thongchai Winichakul and Benedict Anderson have written about how the development of cartography was key in defining national identity because it not only gave firm physical borders to the nation state but also gave people a mental image of the country. Wan's article argues that that ubiquitous modern cartographic technology, Google Maps, isn't immune. "Google Maps claims to be on a 'never-ending quest for the perfect map,'" he writes. But due to its ad-based profit model, against which "not even states have the vast resources necessary to compete…Africa comes very low down on the pecking order." Wan concludes: "As was the case a century ago, it is still just a small group of Western individuals with specific ideas of the world that have the resources to map the world."

The first essay assignment I received in my college African-American lit class asked us to answer the question: What is White-American literature? A class of mainly white students, we would spend the whole semester learning to see the thing we spent a lifetime not seeing: White-people culture, branded as the norm, rendered invisible as a result.

Is it silly to lump all white people into one group and start ascribing it with universal characteristics? It's as silly as it is to do it with black people, or any other race or ethnicity.

And yet, it's open season once again on the public examination of black culture. This time, at least, it has produced an exhilarating exchange between Ta-Nehisi Coates and Jonathan Chait. Coates's latest volley turns the eye of observation on those who are doing the judging, reminding us that the privileged are hobbled by their own filters. They, like everyone, see the world not like it is, but as their upbringing and environment make them see it—and behave accordingly. It is a reminder that values unobserved still exist, and those values have contributed to a devastation of black communities that has lasted centuries—a history the privileged (and we're talking white privilege, specifically) have never been forced to contend with or seriously answer for. As Melissa Harris-Perry put in her most recent Nation column: "Social science has spent little time debating the tangle of pathology that ensnares the privileged. We are trained to intervene with those who lack resources, to find the problems there, and to ignore the perpetrators of the inequality."

I was delighted to find out that Obamacare's March 31 deadline not only produced upwards of 7 million signups, but some excellent, policy-driven health journalism (my favorite). Not necessarily known for its healthcare coverage, The New Yorker offers some thorough—and, happily, positive—commentary on the ACA. Cassidy suggests that while the Democrats may be winning the war in policy—there are substantial and measurable positive outcomes for millions of people (including me, as a new Medicaid beneficiary) stemming from the ACA rollout—it's losing the war on rhetoric: While most Americans overwhelmingly support individual policy changes attributable to the healthcare law, they remain critical of Obamacare as a whole. That's thanks in large part to Republicans' united, scathing and deliberately misinformed (read: "death panel") attacks on the measure, and Democrats' anemic defense. Toobin notes that Obamacare helps the poor the most, and that it is this element of the law that is arguably most important and impactful, and provokes the most push back from conservatives. Looking at the historic experience of Medicaid, he suggests it's just a matter of weathering the battle; with the passage and enactment of the law, the war is already being won.

Aid is one of the most misunderstood and under-appreciated areas of our federal budget. As Oxfam’s updated primer on the subject makes clear, “foreign aid” has many faces. American taxpayers have financed, to cite just a few examples, the mobilization of emergency supplies for typhoon victims in the Philippines, programs to link Kenyan farmers to outside markets and counter-narcotics operations in Columbia. To speak of aid in generalities—without making even the elementary distinctions between humanitarian relief, development assistance and the strategic backing of political and military allies—serves only to perpetuate confusion and muddle an important conversation. For readers seeking a nuanced understanding of the subject, Oxfam’s Foreign Aid 101 is a good place to start.

Among the listicles and the suddenly omnipresent quizzes, BuzzFeed recently unveiled a new section of their website, BuzzFeed Ideas. Introducing the launch, Ayesha Siddiqi, the site's editor, offers her take on the revitalized form of criticism she hopes to have on her site. She promises to take seriously the "social web" and have articles predicated on conversation that move beyond reactionary think pieces to present more nuanced "ideas." While the exact nature of the site's content and how it will interact with the rest of the site remains to be seen, Siddiqi's introduction promises an exciting new space for critical writing.