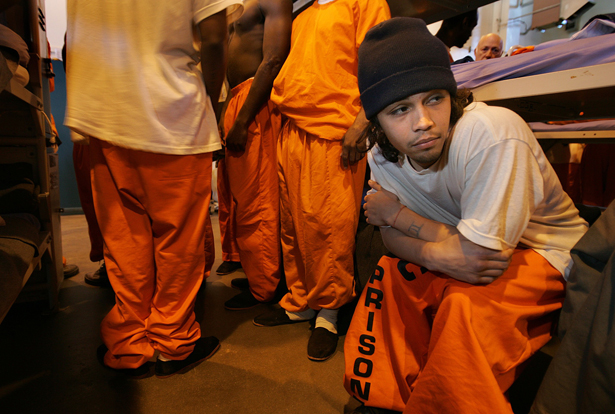 On the occasion his death, Jacobin re-issued an interview with the Colombian novelist that originally appeared in the April 1983 issue of New Left Review. In it, Gabo is witty, forthcoming and unapologetically socialist—calling on Latin Americans to reject the failed or failing political arrangements of Europe and build their "own brand of socialism." By reproducing this piece a few days after the writer's death—as universally reverent remembrances circulate in the news and misattributed quotations appear on Facebook walls and Twitter feeds—one senses an effort on the part of the left to reclaim Gabo as our own. "So you love Garcia Marquez, huh?" we say to his conservative and liberal eulogizers (Bill Clinton and Barack Obama among them), "Well, he was a socialist! So there!" We are petty when we should simply mourn. But then, our pettiness arises from having seen, time and time again, how the greatest radical artists are sanitized in death by those who would seek to disentangle their unimpeachable creative output from their inconvenient political beliefs (an impossible maneuver, especially in the case of Gabo).

And pettiness, I hope we can agree, is a far lesser crime than hypocrisy.

Insight Crime has recently published three excellent pieces about Guatemala's fearless attorney general, Claudia Paz y Paz: "Enemy of the State," "The Victims," and "The Revolution." The stories paint a portrait of a woman who has helped challenge a culture of impunity, whose work tackling entrenched power structures might have cost her the job. From charging General Efrain Rios Montt with genocide to increasing prosecutions for femicide across the country, Paz y Paz is a model of public service to some, and a thorn in the side of others. Former and current military figures, economic elites, organized crime and countless other political forces are working to ensure that Paz y Paz doesn't get a second term, afraid that they might well be next in her long list of high-profile cases. In these three pieces, Steven Dudley takes a measured look at the past, present and future of one of Latin America's most exciting and controversial political figures.

Josh Eidelson reports on a planned strike inside Alabama prisons: while stories that have come out in subsequent days appear to be conflicted on whether or not the strike is actually going on as planned, this article, including an interview with the leader of the movement via a mobile phone apparently smuggled into his solitary confinement cell, tells part of a larger story about the prison system and the little-reported-on prisoner organizing going on inside it. Prisoners, in addition to being subject to a laundry list of daily abuses, can legally be forced to work for private businesses, and Melvin Ray, the inmate who leads the Free Alabama Movement, isn't the first to compare their situation to slavery. But, as he says, in the case of a prisoner going on strike: "You’re not giving up anything. You don’t have anything." Prison organizing would appear to be an impossible task, but conditions may be bad enough for Ray's group to gain ground. The Free Alabama Movement has organized strikes before, and Ray predicts: “If a prison goes down for two weeks, there’s a strong possibility that you’ll capture another prison. If a prisoner strike goes down for three weeks…there’s no telling how many prisons might get in.”

Have you heard of Marco Civil? If not, it's because the world's first Internet bill of rights, sanctioned Wednesday, has gotten surprisingly little coverage. Developed partially through, obviously, crowdsourcing, the law is basically an anti-ACTA, championing free expression, net neutrality, due process, the right to privacy and the right to connect, reports the World Wide Web Foundation. Brazil's president, Dilma Rousseff, has been an outspoken opponent of the NSA and accused the US government of violating human rights with regard to surveillance—we should applaud her clear, positive response to growing privacy concerns around the world. “ The internet you want is only possible in an environment of respect for human rights,” Rousseff said on her website, "especially privacy and freedom of expression."

The New York Times published a special “Energy” section on Earth Day wherein this piece was featured. If you’re able to read through the extractive language, the article offers a relatively comprehensive look at oil and gas happenings in North America. Though heartwrenching to see Pemex, an essential revenue source for Mexican social spending, described as a company that “has been forced for decades to hand over its revenue to the government while underinvesting in known oil and gas fields,” if you can read past this, the piece offers important tidbits of information. From BP’s Arctic embarrassment, the historic Newfoundland discoveries, the privatization of Mexican fuels, Pemex’s trove of lucrative seismic data, Shell’s tar sands hesitation, the fragility of tar sands profitability to US State Department decisions that “could limit drilling.” Most interesting however is reading the language the industry uses to peddle its practice.

As the Internet and new reading devices reduce the use of physical books (though I, for one, am still a big book fan), libraries are seeking new roles. More specifically, Agresta writes, the library is looking for ways to maintain its status as a “third place” (“neither work nor home, a universally accessible space where citizens are free to congregate and fraternize without feeling like loiterers”). Even for a literal bibliophile like myself, some of the trends Agresta describes are exciting—libraries becoming more participatory and interactive, allowing patrons to contribute to archives or try their hand at crafts that still have no digital counterpart. Noting that libraries "have long served a progressive, interventionist agenda, putting knowledge directly into the hands of the poor," Agresta hopes they'll continue to provide access to information and resources for those who'd otherwise lack it.

In high-altitude disaster stories, the set-up is important. The warnings, errors and general sense of not-quite-rightness are often there, dismissed until they are compiled ex post facto into a chronicle of disaster foretold. Jon Krakauer starts his New Yorker post about the recent Everest landslide that killed sixteen Sherpas with just such a set-up. In 2012 a major trip organizer pulled his clients, guides and Sherpas off the mountain, a decision prompted by concerns his Sherpas raised about the instability of a particular part of the climb known as the Khumbu Icefall. It was an unusual exchange; Sherpas are known for their fearlessness, loyalty, strength and skill on the mountain—qualities for which they aren't paid nearly enough.

After decades of risking their lives for clients that Sherpas have figuratively and at times literally pulled up to the summit, this latest, and deadliest, single-day disaster has become a catalyst for action. The Sherpas have largely suspended their trips and are threatening to strike. Even their demands, centered as they are around greater insurance and death benefit payouts, are reflective of the disproportionate level of risk they face on the mountain.

I chose this article not because it's an example of what health journalism should be but what it should not. Progressive public health list servs were none too pleased with the author's suggestion that doctors’ consideration of the cost of a medicine before treating patients equates to "rationing." Moreover, those in-the-know regarding health policy were quick to point out that the article did not examine why medicine costs are exorbitantly high within the United States, nor whether these blockbuster medicines actually provide good patient outcomes. At worst, the NYT piece served as a mouthpiece for the overarching notion in the United States that more expensive medicine = better medicine, and that any questioning of cost equates an overly-burdensome intervention, to the detriment of the patient.

At best, however, the article raises the question of whether doctors, medical societies, individuals, government—all of us—should examine the costs of health treatments. Only in the United States is a cost-benefit analysis a dirty word; internationally, it's used regularly by the health sector. Take the UK's National Health Service, for example, which looks to its National Institutes for Health and Clinical Excellence to help guide whether a treatment should be used based on cost and patient outcome (if a new breast cancer drug costs $10,000 per treatment but adds one month of life, it likely won't get the thumbs up; but if it adds years of life, then it would be considered). Because of this "rationing," conservatives love to point to the UK as a patient's hell, where no one can get the medicines they need, and have to wait months to see a medical professional. But check out the stats: as of 2007, the UK sported a life expectancy of 80 years, compared to the US's 78. That's despite spending nearly triple the amount per person on health care costs. The UK also has more hospital beds and more nurses and midwives than the United States. High cost doesn't necessarily equate to high quality.

Health reporter and fellow Nation intern Mara Kardas-Nelson elucidates the debate over DDT in the war against malaria. Since 2000, deaths from malaria have nearly halved—a public health triumph that owes its success to many factors, including: the mass rollout of insecticidal bed nets; better and more widely available diagnostic tools and treatment; and, yes, the spraying of DDT in homes in affected regions. Still, the deadly parasite claims some 666,000 lives every year—the vast majority of whom are children in Africa.

If you’ve ever had malaria, you will never forget the wretched flux between chills and fever, the nausea and the aching, and the sobering feeling that you may no longer be alive this time tomorrow. I fell into this malaise a couple of years ago, around 4:00 am while camping on a beach in northern Mozambique. If you have indeed had it and are reading this, then you also know how utterly curable malaria is—and how enraging and needless are the deaths of those who cannot access the basic medicine to fight it off.

Mara’s contribution to this important discussion is worth reading in its entirety and several times over. The causes and consequences of malaria have long been known; ascertaining with the same level of certainty how best to prevent, treat and ultimately eradicate it is among the great challenges of our time.

Writing at Slate, Roxane Gay describes her discomfort with lists that promise "the [insert number here] Women You Should Be Reading Now." She chaffs at the notion that writers should be singled out only for their race (or ethnicity or sexual orientation) and describes how this ends up limiting the number of writers who get recognition. But Gay also admits that the continued existence and popularity of these kinds of lists suggests that the problems they seek to remedy haven't gone away. As she said, "The need will be significant until people no longer say some variation of, “I don’t see difference. I just want great writing,” as if difference and excellence are mutually exclusive."