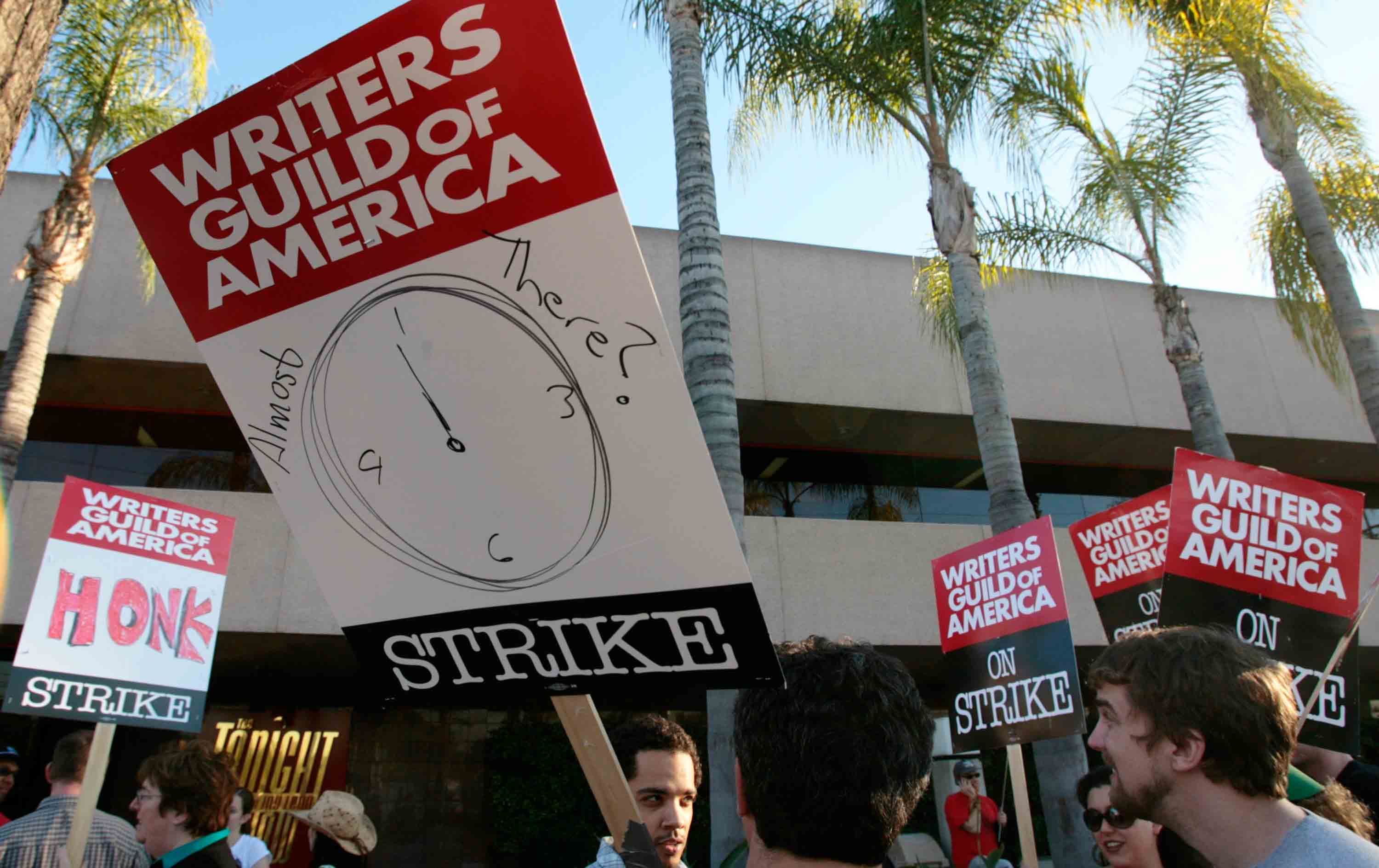 Members of the Writers Guild of America striking in 2008. (AP Photo / Damian Dovarganes)

With Hillary Clinton’s 2016 loss blamed in part on taking unions for granted in states like Michigan, there’s been plenty of pro-union chatter from Democratic candidates this election cycle. Yet so far they have avoided wading into one of the biggest labor disputes of the year, between the Writers Guild of America (WGA) and the Association of Talent Agents (ATA).

Just over a year ago, the WGA, a union representing thousands of writers in film, television, and other media (including me), notified the ATA that it wanted to renegotiate the Artists’ Managers Basic Agreement, which governs the relationship between writers and agents and had not been altered since 1976.

Traditionally, agents have procured artists’ work, receiving a commission for doing so. If your agent arranges interviews and one results in a job, the agent gets 10 percent of what you earn. But in recent years the largest agencies have transitioned from deriving most of their income from commissions to earning more through “packaging fees.”

“Packaging” is shorthand for the money agencies collect for placing actors, writers, and directors they represent on the same project—essentially making the agents co-producers. Because packaging fees come from a production budget, agents are positioned to earn more on a project than their own clients, which is why this model has evolved into the primary way large agencies do business, becoming corporate behemoths in the process. (William Morris Endeavor—one of the big three which dominate the business—filed to go public last month.)

Writers became alarmed when Creative Artists Agency (CAA) launched its own studio, WIIP, in 2016 and WME launched Endeavor Content last year. Having the agents that are supposed to represent you in negotiations with production companies open their own production companies would be like an athlete finding out his agent had purchased teams. That’s not inherently unethical—unless the agent still insists on representing players. A conflict of interest is unavoidable. Your interest as a team owner might be to convince your players to accept a lower salary—or to play hurt. In our business, agents are people you turn to not only in negotiations but also when a boss behaves inappropriately. The idea that they have now become part of the institutions we work for is chilling. 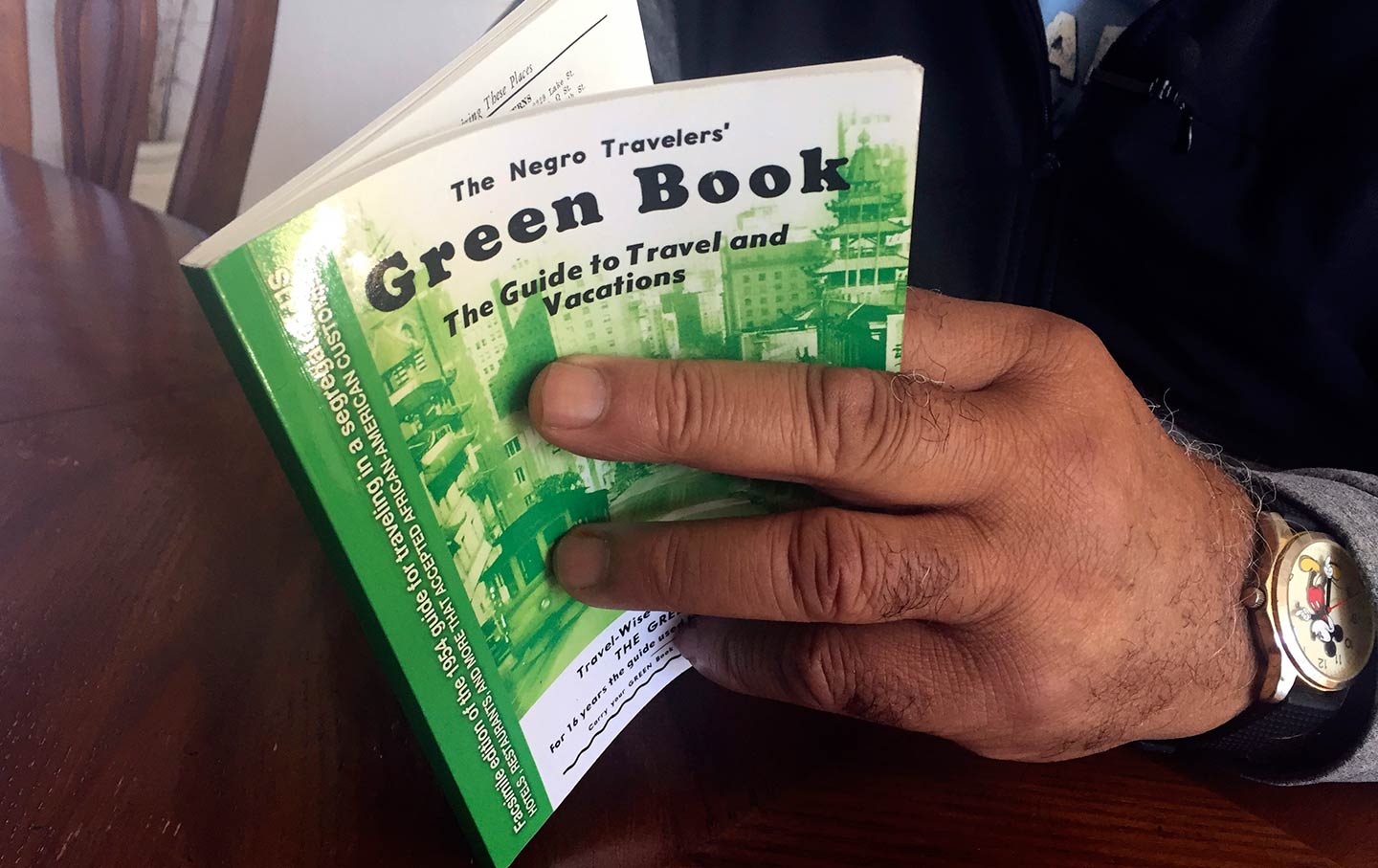 Hollywood Is Still a Sundown Town for Black Representation

Horror stories about packaging abound. Some agencies refuse to move forward on projects if the writer wants to work with an actor or director represented by a different agency, because they don’t want to split packaging fees. This is particularly debilitating to writers from underrepresented groups. If you’ve written a lead role for a black woman, but are told you must choose an actor your agency represents, that can stall a project indefinitely. Other screenwriters have contacted an actor and director they knew, got them to do a project, only to discover that the agency still took a packaging fee, meaning they earned more than the writer for doing nothing.

Readers probably wonder, “Why would you put up with this?” The answer is simple: Harvey Weinstein. People in Hollywood fear powerful people because being blacklisted is real. Staying with an agency that is demeaning is preferable to worrying about what that agency will do to your career if you leave. Which is why this labor action was so welcomed by writers.

In April, WGA members voted overwhelmingly to require agencies to sign a code of conduct. Agencies that declined were fired by the writers they represent (including me) on April 14. Recently the big three agencies—UTA, CAA, and WME—sued the Writer’s Guild, claiming that “The WGA has organized a group boycott and unlawful restraint of trade targeting CAA and other talent agencies.” Corporations suing a union would typically rile up Democratic candidates, especially when issues of gender and racial equality are at stake. The WGA also requested agencies provide access to writer contracts. Agencies balked, citing privacy; however, many women and minority writers believe that agencies, known for lacking diversity, may actually fear that sharing writer contracts would expose racial and gender disparities in negotiations. Yet somehow this labor dispute doesn’t appear to be on the Democrats’ radar.

It’s possible candidates fear Hollywood agencies since they rely on them for fundraising dollars. WME is run by Rahm Emanuel’s brother Ari, who was recently joined by the head of the agency ICM and CAA agents at a fundraiser he helmed for Senator Kamala Harris’s presidential campaign. The head of the Gersh Agency recently held a fundraiser for Senator Cory Booker. Major agencies are like major law firms, with anywhere from a few hundred to thousands of employees whose checks can be bundled, making them a more reliable source for cash than often unemployed writers.

It’s also possible presidential campaigns don’t consider writers as politically useful as striking auto workers or firefighters. While writers aren’t blue collar and don’t save lives, we do serve an important function. Ellen Degeneres’s coming out episode played a role in the LGBTQ rights revolution. The Jeffersons humanized mixed-race families. The legacy of Bill Cosby is troubling, but The Cosby Show transformed how Americans view people like me. (GOP strategist Karl Rove credited it with helping elect President Barack Obama.) Because no one votes for someone they don’t see as human, and you can’t see someone as human whom you never see. That is what writers do—and we have a right to be treated fairly while we do it.