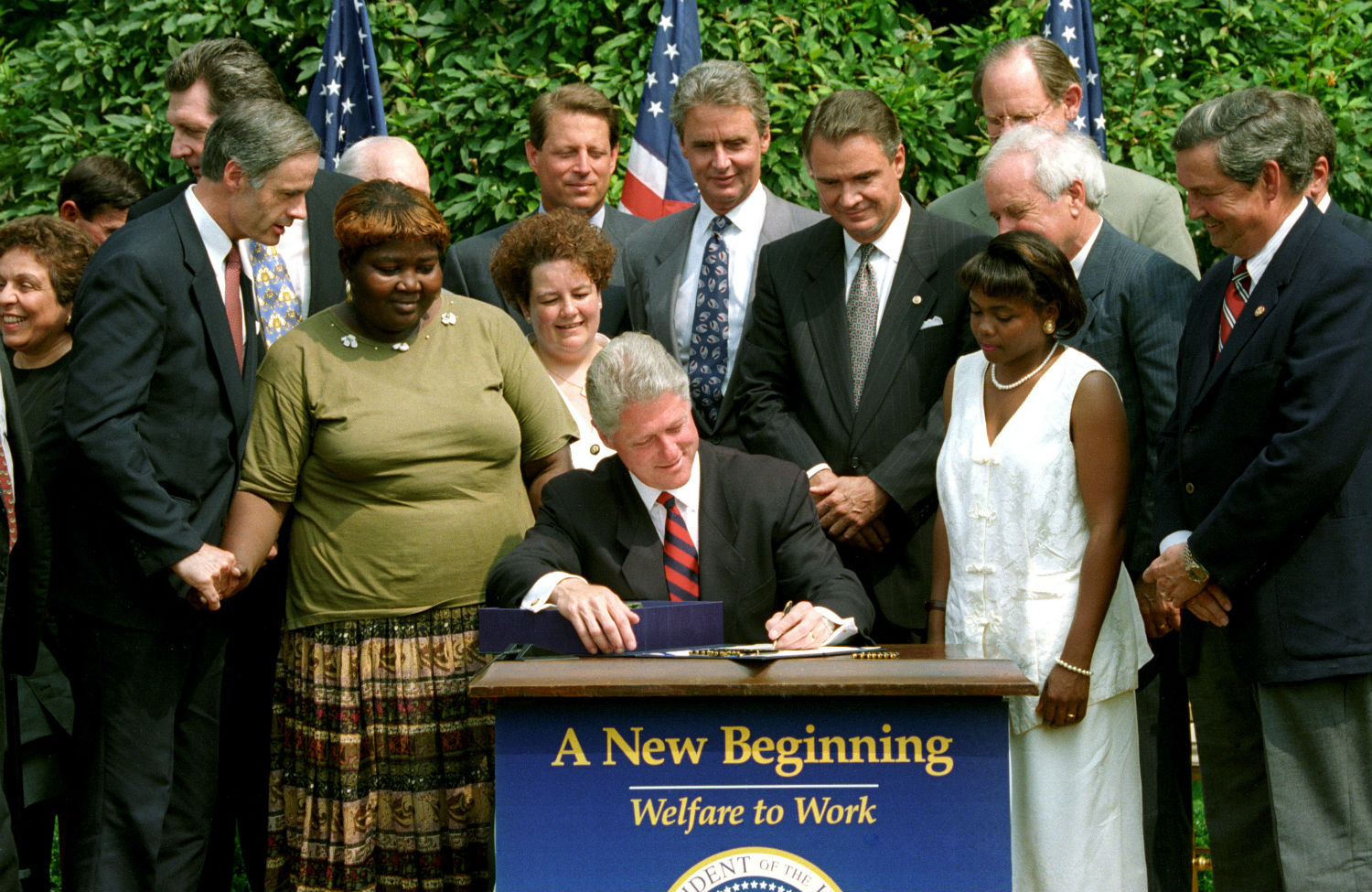 Twenty years ago, “welfare as we knew it” died. Under the bipartisan Personal Responsibility and Work Opportunity Act, the Clinton administration began an agenda of “personal responsibility,” aimed at pushing welfare recipients into self-sufficient nuclear families. But the old welfare system has ended at a price: new research on the cost of reform shows that, while many have been ripped away from the lifeline of government support, nothing is there to catch them as they fall to unprecedented depths.

To “incentivize” work, welfare reform replaced the open-ended Aid to Families with Dependent Children (AFDC) program with time-limited Temporary Assistance for Needy Families (TANF), which combined work and training programs with penalties tied to bureaucratic requirements. The concept seemed to work at first: welfare rolls dropped sharply and many entered the workforce, often under mandatory regulations. But those who remained poor and jobless became increasingly vulnerable, and data suggests that pushing them off benefits ultimately pushed them toward earlier death.

A recent public health study tests the hypothesis that welfare can be shut off like a leaky faucet and the poor will suddenly become motivated toward self-sufficiency. For those budgetary savings, it seems that people might pay with their lives.

Researchers found that cutting off support leaves lasting scars on the most vulnerable segment of the TANF population—the neediest families: “TANF enrollees with pre-school aged children or larger families are both more likely to be food insecure and, at least among those required to enter the workforce quickly, in poorer mental health.” The projections show that despite “very large direct monetary savings…for both individuals and for the US government, TANF may also harm women who could not subsequently work (whether due to young children at home, large family sizes, mental illness, and/or physical illness). Some may have ended up relying on weak financial networks or become homeless.”

Columbia University researcher Peter Muennig tells The Nation via e-mail that reform was “successful” in that many “able-bodied” people eventually started working, but “What wasn’t considered, I think, is that not everyone can move into the job market.”

While paltry aid was maintained for the “deserving” working poor, the TANF “leavers” who stayed jobless—often losing benefits through penalties or time limits—continued to suffer. Their chronic poverty fed into intensifying inequality during the Great Recession. As unemployment soared, the downsized welfare system became more overstretched. According to the Center on Budget and Policy Priorities: “Under the TANF structure, many states’ TANF programs have responded inadequately—or not at all—to the large rise in unemployment during this very deep recession, leaving large numbers of families in severe hardship.”

Meanwhile, the “savings” from slashing welfare apparently just shifted the cost onto other programs. For example, the number of people relying on food stamps—which are distributed according to need, unlike TANF, which is funded through block grants—“rose by 45 percent during the same period, as the number of unemployed people doubled and they and other households lost income.”

Over the working life of the average cash assistance recipient, AFDC would cost approximately $28,000 more than TANF from the societal perspective. However it would also bring 0.44 additional years of life. The resulting incremental cost-effectiveness of AFDC relative to TANF is therefore approximately $64,000/life saved.

So, while keeping someone on welfare indefinitely may cost more, that person might live longer. Yet under the theory that “personal responsibility” must be promoted through economic punishment, some conservatives seem unsure whether spending on social supports to stabilize and potentially lengthen a poor person’s life is a net benefit. In brutally mathematical terms, the study reveals how the neoliberal social “safety net” aims at reducing the cost of caring and indirectly devalues the poor, rather than helping them live more secure and healthier lives.

While lawmakers may tout the taxpayer savings under welfare reform, if asked to consider whether forcing a mother of four with chronic asthma to live in a car was worth all the belt-tightening, would they still say reform paid off? It was surely a heavy price for the kids to pay.

The number of children in poverty on TANF has more or less remained steady over the years, and when their parents or caregivers can’t find work, their suffering is deeper and longer lasting. Child Trends reports:

a recent study found mothers’ TANF receipt associated with negative effects on children’s early cognitive development, and identified maternal stress as a possible mediator, raising concerns about the potential burdens imposed by participation in the program.… School-achievement impacts for adolescents, from both enhanced and traditional welfare policies, have mostly been negative.

The solutions require a different kind of spending, one that sees supporting disadvantaged people not as a wasteful budget burden, but as a net good and social imperative. Muennig notes that the government could begin by acknowledging the needs of people with disabilities who can’t work with special interventions, determined through “the use of specially trained physicians for disability assessments.” For parents with children, universal preschool along with family planning can stabilize home life and help working parents balance their caregiving responsibilities.

Muennig notes that in other countries with more comprehensive welfare systems, people’s unmet needs are “triaged” across an integrated social service infrastructure—one that tends to prioritize poor people’s needs rather than fiscal targets. But under the US welfare system, federal and state governments share management of grant funds, and various agencies typically administer their own programs and eligibility rules, varying by state and city. With some receiving inconsistent services and others none at all, Muennig says, “having a disconnected, unintegrated system doesn’t make a lot of sense, either for the taxpayer or for the recipient.”

And does it make moral sense for any wealthy country to treat its poor like this? Somehow, on the road to “ending welfare,” the system left behind the neediest.

Now the first generation of people born in the post-welfare era are starting adulthood after two decades of destitution. The system they’re struggling to emerge from isn’t exactly cradle-to-grave, perhaps, but it’s no way to live.