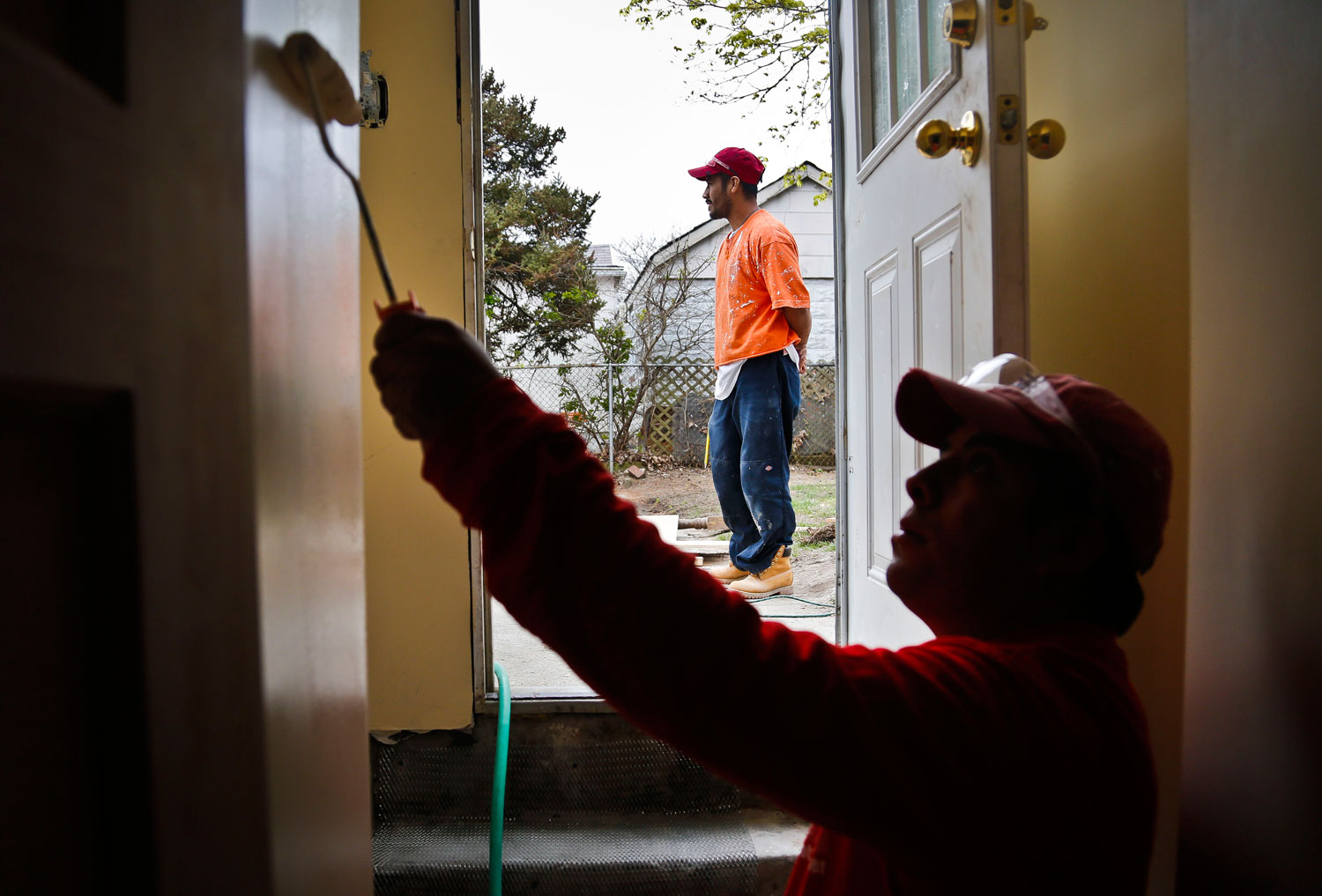 When members of Congress come back from recess, they could put our nation’s 11.7 million undocumented immigrant workers on a path to citizenship. But if they refuse to, as they did in 2013, they’ll be pushing US workers further down the path to becoming like low-wage immigrant workers. After all, our economy is already headed in exactly that direction.

Move over, farmers, factory workers and technology “creatives”—the emblematic American workers are now low-wage immigrant day laborers and guest workers. More and more, Americans are trapped in the uncertainty and injustice that immigrant workers know all too well, whether they’re here on temporary work visas cleaning luxury condos or undocumented and scrambling for daily construction jobs. Increasingly, from an economic standpoint, office parks and store aisles in America are coming to resemble the street corners where day laborers gather and the labor camps where guest workers are trapped. We can either continue to pretend that low-wage immigrant workers are on the fringes of our economy—that their problems are theirs alone—or we can face the fact that their conditions are what we’re all moving toward, and what millions of US-born workers already face.

Immigrant workers have long experienced vulnerability and instability, and have long been treated as disposable by their employers. Today, roughly one-third of American jobs are part-time, contract or otherwise “contingent.” And the number of contingent workers in the United States is expected to grow by more than one-third over the next four years. That means more and more families are without the benefits of full-time work, such as health insurance, pensions or 401(k)s. And more of us are without the employment certainty that leads to economic stability at home—and to the consumer spending that drives the economy.

In addition, while we are working longer and harder, wages are stagnant. Between 2000 and 2011, the US economy grew by more than 18 percent, while the median income for working families declined by 12.4 percent. Once upon a time, workers shared the economic prosperity of their employers: until 1975, wages accounted for more than 50 percent of America’s GDP. But by 2013, wages had fallen to a record low of just 43.5 percent of GDP. Overall compensation, which factors in healthcare and other benefits, has also hit bottom. Immigrants know where this downward spiral leads—just ask the Jamaican guest workers who cleaned luxury beach condos in Florida last summer and came away with paychecks for zero dollars and zero cents.

And like countless immigrant workers, more and more American workers are trapped in supply and subcontracting chains for big and powerful employers. From the late 1970s until the 2008 recession, small businesses were the prime generator of jobs in America, creating roughly 60 percent of all employment. That percentage has been swiftly declining ever since. The percentage of business loans going to small start-ups has also declined. And yet small businesses generally pay higher wages than large corporations, and a significantly higher percentage of every dollar spent at a small business stays in the community and further boosts the local economy, as opposed to dollars fleeing to often distant corporate headquarters. But when large employers dominate an industry or town, they have unchecked power to drive down wages and working conditions—or, in some cases, to try to avoid paying any wages at all. In 2012, Walmart agreed to pay $4.83 million in overdue back wages to more than 4,500 workers. And conditions don’t get much worse than those of guest workers in the Walmart supply chain who exposed captive labor at a company called CJ’s Seafood that same year, where a supervisor threatened to beat workers with a shovel to make them work faster.

The United States, which presents itself as a global beacon of opportunity and prosperity, is quickly becoming a low-wage nation. America’s immigrant workers are the proverbial canaries in the coal mine—and the coal mine extends from construction sites to supermarkets to Silicon Valley.

We as a nation will be ill equipped to address this profound shift as long as we cling to the divisive vision of an “us and them” economy. Some Americans resist immigration reform because they sense the transformation in the nature of work in our country and make immigrants the target of their justified anxiety. In fact, all US workers—immigrants and US-born, low-wage and higher-wage, temporary and full-time—are increasingly in the same boat. The sooner we realize that we all face the predicament of immigrant workers, the sooner we can work together to solve structural inequality in our economy instead of fighting over the crumbs.