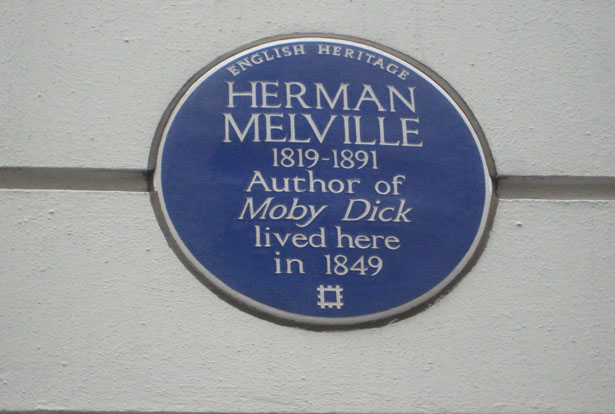 “Nature did not make him a poet,” an anonymous reviewer wrote of Herman Melville in the September 6, 1866, issue of The Nation. While praising his “literary reputation” and “experience and cultivation”—somewhat challenging today’s cliché that Melville’s talents went completely unrecognized until after his 1891 death—the writer nonetheless argued that Melville was only one among “the herd of recent versifiers.”

His pages contain at best little more than the rough ore of poetry. Here and there gleams of imaginative power shine out like the grains of gold in a mass of quartz.

Though works like Moby-Dick, “Bartleby, The Scrivener,” and “Benito Cereno”—the subject of an essay by Nation editorial board member Greg Grandin in next week’s issue—had been in circulation for over a decade by 1866, nothing of Melville’s contributions to American prose is mentioned in the review. It was not until the centenary of Melville’s birth, in August 1919, that a treatment of those works and Melville’s legacy as one of the finest writers this country ever produced appeared in our pages.

It was by a young Columbia lecturer named Raymond Weaver, the so-called “father of Melville criticism,” whose 1921 biography, Herman Melville: Man, Mariner and Mystic, and sixteen-volume edition of Melville’s works published in 1924 would largely spark the “Melville revival” of the 1920s, which rescued the long-deceased scribe from historical obscurity and secured him a prominent place in the American canon.

Commissioned by his English Department colleague and The Nation’s literary editor Carl Van Doren (who according to one scholar of Melville criticism had been recommending as early as 1915 that his students read an old and obscure genre-bending novel about whaling), it was the first piece Weaver wrote about Melville, and it was only after its publication that he decided to commit himself to a full-length biography, according to Clare Spark’s Hunting Captain Ahab: Psychological Warfare & the Melville Revival. The canonization of Melville began with Weaver, and Weaver began with The Nation.

Moby-Dick was “an amazing masterpiece,” Weaver wrote. It “reads like a great opium dream” and “contains some of the most finished comedy in the language.” While seconding the anonymous 1866 reviewer by acknowledging that “as a poet Melville is not distinguished”—a view which has been considerably revised by more recent scholars—Weaver made the case for recognition of Melville as one of the most exemplary American writers yet, while acknowledging that the more disturbing aspects of his vision could render widespread acknowledgment of that claim unattainable, whatever the author’s merits:

It was Melville’s abiding craving to achieve some total and undivined possession of the very heart of reality; his was the quest for the lost Atlantis, the ancient eternal desire of man for the unknown. In the promiscuous exuberance of youth Melville venturesomely sought his El Dorado on the world’s rim….

Essentially, he was a mystic, a treasure-seeker, a mystery-monger, a delver after hidden things spiritual and material. The world to him was a darkly figured hieroglyph; and if he ever deciphered the cabalistic sign, the meaning he found was too terrible, or else too wonderful, to tell….

The versatility and power of his genius was extraordinary. If he does not eventually rank as a writer of overshadowing accomplishment, it will be owing not to any lack of genius, but to the perversity of his rare and lofty gifts.

Interestingly, Weaver’s groundbreaking biography of Melville was greeted with a mixed appraisal in The Nation just three years later. After commenting that Weaver’s work could have benefited from “more time spent in assimilation, a little more ripeness and finish,” as well as less stridency and a greater fidelity to facts—thus anticipating the later consensus about Weaver’s impassioned but unpolished work—the scholar Hoyt Hudson wrote:

In the revival of his fame there are undoubted dangers. One is that he may be overrated; but that, at worst, will be temporary. Another danger is, or was, that he might become the esoteric possession of a few, a group of self-styled “Melvilleans,” who would exchange cryptic passwords from their first editions and resent intrusion of the vulgar. Worst of all, Melville might become just another American author, another photogravure to put up beside [William Cullen] Bryant and Longfellow, every hair of his beard numbered, every fault forgotten, every platitude quoted. Mr. Weaver’s book insures a different future for Herman Melville. Given this biography and Melville’s works, we have the man, vigorous, observant, eloquent, but torn by unending speculations, baffled by sad defeats. To him all those will turn who love the tingle and tang of life yet who do not fear to think. What a storm-beaten tract, yet how fertile and tropical, has been added to the continent of American literature!

In a 1928 review of the Shorter Novels of Herman Melville, published with an introduction by his friend Raymond Weaver, Carl Van Doren wrote that “Benito Cereno,” the subject of Grandin’s essay as well as his new book The Empire of Necessity: Slavery, Freedom, and Deception in the New World, “equals the best of Conrad in the weight of its drama and the skill of its unfolding.” Despite being neglected for over half-a-century, including by the most devoted early-revival Melvilleans like Weaver and himself, Melville’s short novels, Van Doren wrote, “belong, whatever may formerly have been said about them, with the most original and distinguished fiction yet produced on this continent.” The resurrection of Melville was complete.