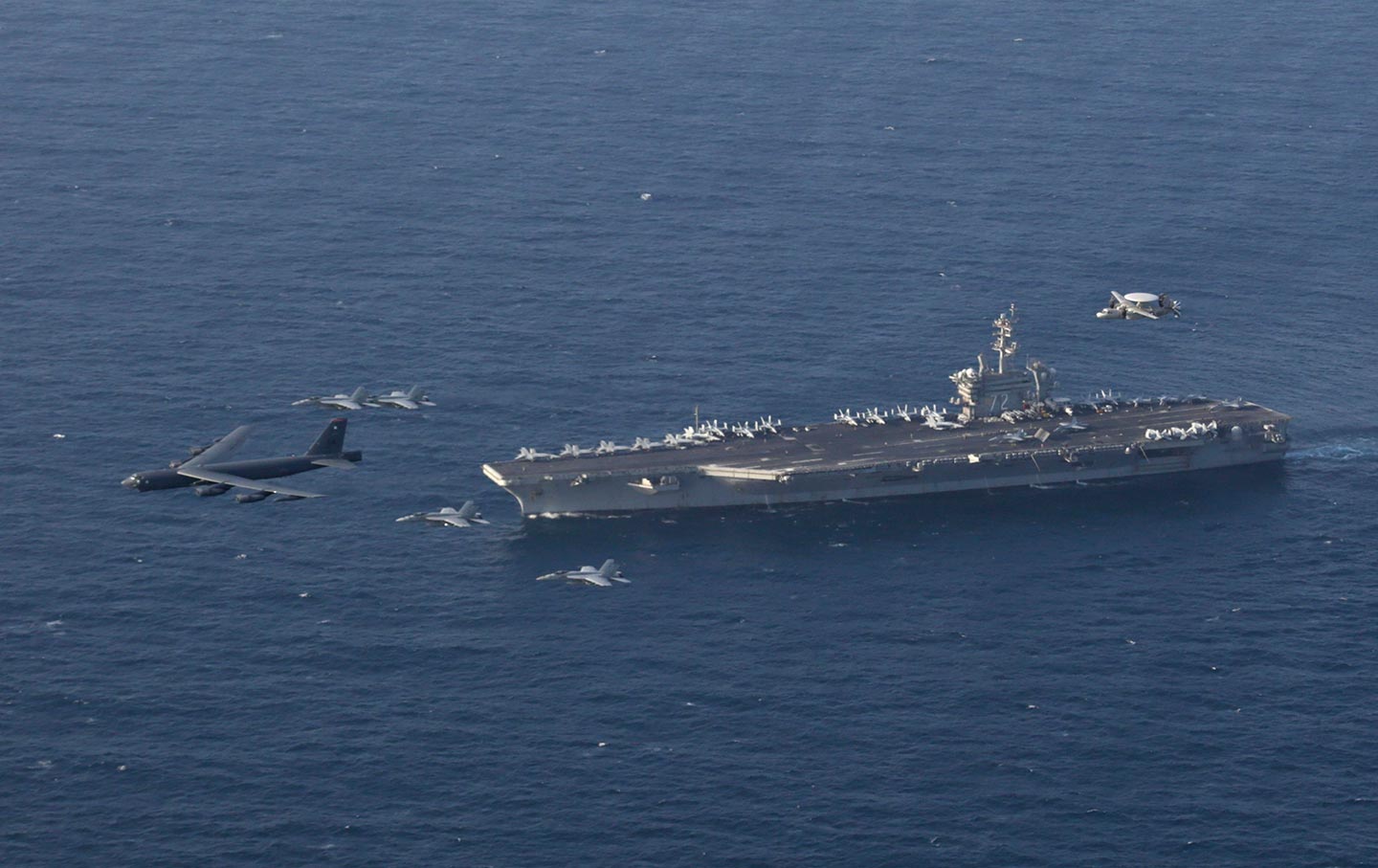 President Trump reportedly called off, at the last minute, air strikes against Iran, ordered in retaliation for the shooting down of an unarmed US surveillance drone over the Strait of Hormuz. But according to former intelligence officials, he did approve US cyberstrikes against the Iranian military’s computer systems, and top White House officials are pushing him to order an attack at the next hint of provocation. With Tehran moving to enrich uranium beyond the low levels agreed to in the Joint Comprehensive Plan of Action (JCPOA) of 2015—a pact that Trump withdrew the United States from a year ago—such an occasion could arise at any moment.

While it is entirely possible that Trump has followed his gut instincts in avoiding a direct military clash, perhaps perceiving that it would alienate members of his base who abhor endless US wars in the Middle East, it is more likely that his behavior reflects the powerful crosscurrents roiling White House policy-making.

On one side are administration hawks like national security adviser John Bolton and Secretary of State Mike Pompeo, who have long sought military action against Tehran. In the view of many analysts, they are trying to goad Iran through economic sanctions—more of which were piled on after Trump called off the air strikes—so that hard-liners in that country will engage in precipitous action, thereby justifying a powerful US military response. Key figures in Congress, including Senator Lindsey Graham and Representative Liz Cheney, seem to support this approach, as do some prominent Republican campaign funders, such as hotel magnate Sheldon Adelson.

The pro-war faction also includes Marine Corps Gen. Kenneth McKenzie, head of the US Central Command, which oversees American forces in the greater Persian Gulf area. It was McKenzie who ordered the deployment of the Abraham Lincoln carrier group to the region in early May and who has been pushing for a steady buildup of US military personnel there.

His concerns about Iran may well be genuine, but he appears to have another ambition: to reverse the drawdown of US forces in the gulf area as the Pentagon moves ahead with plans to bolster its forces in Europe and Asia as part of a new focus on great-power conflict. Under the National Defense Strategy crafted by former defense secretary James Mattis, priority in force deployments has been granted to the European and Indo-Pacific commands, which face Russia and China, respectively. This realignment has come at the expense of Centcom, which enjoyed preeminence when wars raged in Iraq and Afghanistan; the Iranian crisis thus offers McKenzie a pretext to reassert Centcom’s importance.

But these pro-war voices are not the only ones weighing in on Trump’s decision-making. Other factions, both in conservative circles and in the military, have been urging caution. Many conservatives, for example, remember Trump’s 2016 campaign promise to extricate the United States from military engagements in the Middle East and continue to seek such an outcome. This appears to be the message that Fox News host Tucker Carlson delivered to Trump in the days leading up to his decision to abort those strikes. Many in Congress, whatever their views on Iran, worry about Trump’s erratic decision-making style and demand some degree of oversight over any future onset of hostilities—something Trump says he can legally ignore.

Within the Pentagon, moreover, there are sharp divisions over the wisdom of taking action against Iran, given the total absence of support from America’s traditional allies (Israel and Saudi Arabia excluded, both of whose leaders have long advocate strikes on Iran) and the likelihood that any minor incident could quickly escalate into a regionwide conflagration. Top generals and admirals are well aware that Iran, however disadvantaged it may be in a conventional military conflict with the United States, is fully capable of mounting asymmetrical operations, such as impeding oil traffic through the Strait of Hormuz (possibly triggering a global economic crisis) and unleashing attacks on American forces in Iraq by pro-Iranian militias. Absent, then, a direct attack by Iran on US or allied forces, the Pentagon’s top brass appears reluctant to become engaged in a drawn-out fight.

What is missing in this critical debate? The American public. Bernie Sanders and Democrats like Elizabeth Warren have condemned the president’s impetuous decision-making style, and some in Congress are backing legislation (introduced as an amendment to the National Defense Authorization Act) that requires congressional approval for military action against Iran. But where are the mass protests, such as those that sought to prevent the US invasion of Iraq in 2003? And where are the howls of protest from the other Democratic candidates against a president who brought us to the brink of war and can easily do so again?

Make no mistake: If Bolton, Pompeo, and their allies win out the next time a crisis erupts, we could be plunged into a protracted regional conflict—one that could include Saudi Arabia and Israel as well as the United States. Such a war would overshadow the 2020 presidential election and push the Democrats’ key domestic issues to the sidelines. If progressives want to play a significant role on the national stage and avert massive bloodshed, they must demand a peaceful resolution of the confrontation with Iran. That means, at the very least, the United States rejoining the 2015 nuclear agreement (as endorsed by many current Democratic presidential hopefuls) and working with Tehran to ensure that Iran remains a non-nuclear-weapons state without suffering from onerous sanctions. There is no time to lose!