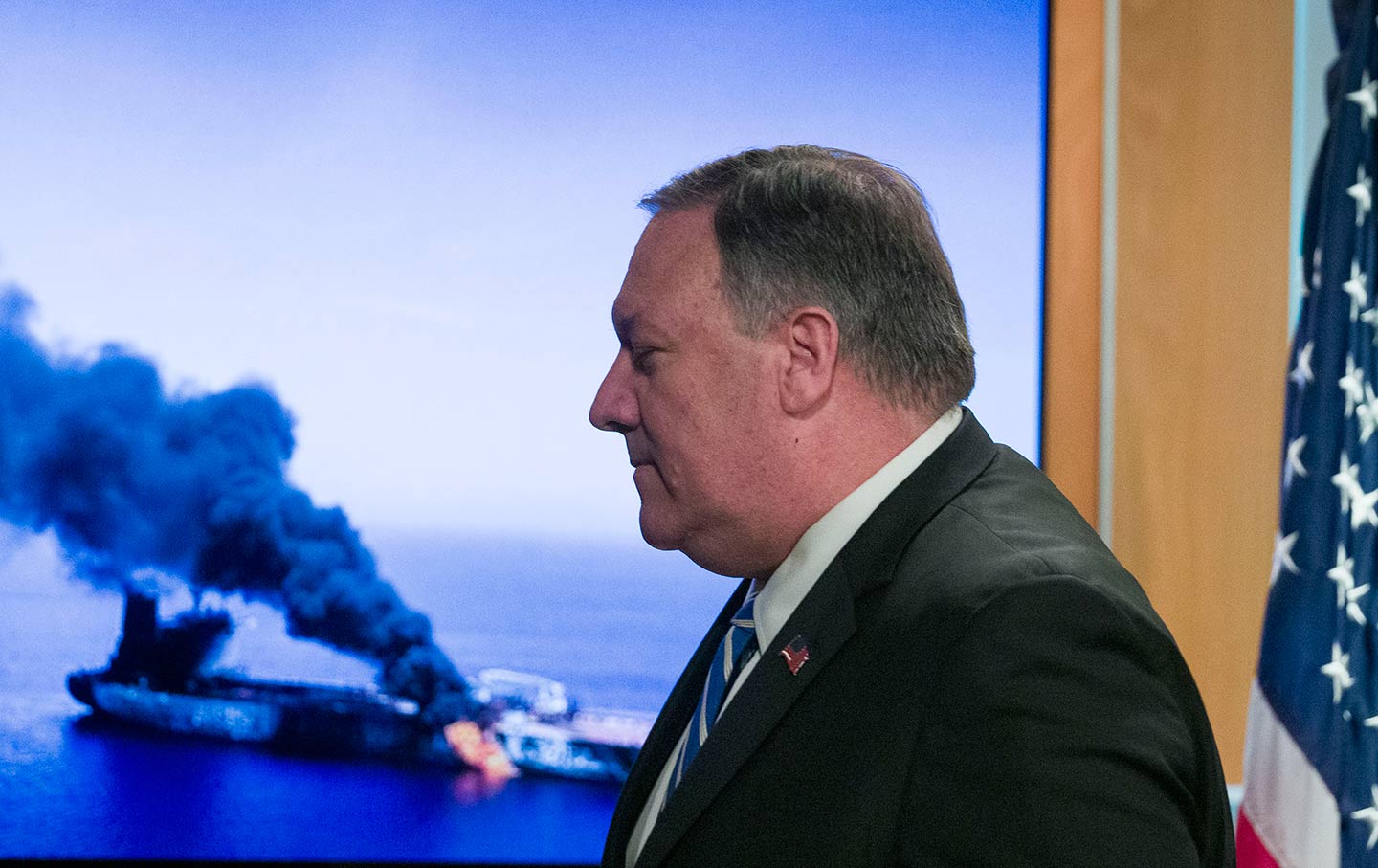 Secretary of State Mike Pompeo departs after a media event at the State Department on June 13. (AP Photo / Alex Brandon)

When President Barack Obama accused opponents of his 2015 Iran nuclear deal of being “armchair” warmongers luring Congress toward war, his critics feigned anger. The alternative to Obama’s deal was simply a better deal, they claimed, though most of them had never supported a single diplomatic initiative with Iran. To suggest otherwise was unfair, insulting, and simply fearmongering, they insisted.

Yet, here we are. After Donald Trump pulled out of the deal, known as the Joint Comprehensive Plan of Action, violated the UN Security Council resolution that embodied the JCPOA, punished other countries for abiding by the agreement, imposed devastating sanctions on Iran that Trump gleefully declared were causing the country’s economy to collapse, and issued genocidal tweets against Iran, Tehran’s conduct has, according to the Trump administration, become more aggressive and threatening.

What is the hawks’ proposed solution to this massive American own-goal? War. (But don’t you dare call them warmongers!)

Iran could very well have been behind the attacks on the two oil tankers in the Gulf of Oman. But as I wrote for NBC last week, we should be mindful of Trump’s contentious relationship with the truth; Israel’s, Saudi Arabia’s, and the UAE’s deep interest in provoking a US-Iran war; and National Security Adviser John Bolton’s track record as a serial fabricator of intelligence for the purpose of starting wars. Hasty conclusions without clear evidence are ill-advised. This is, after all, a matter of war and peace. 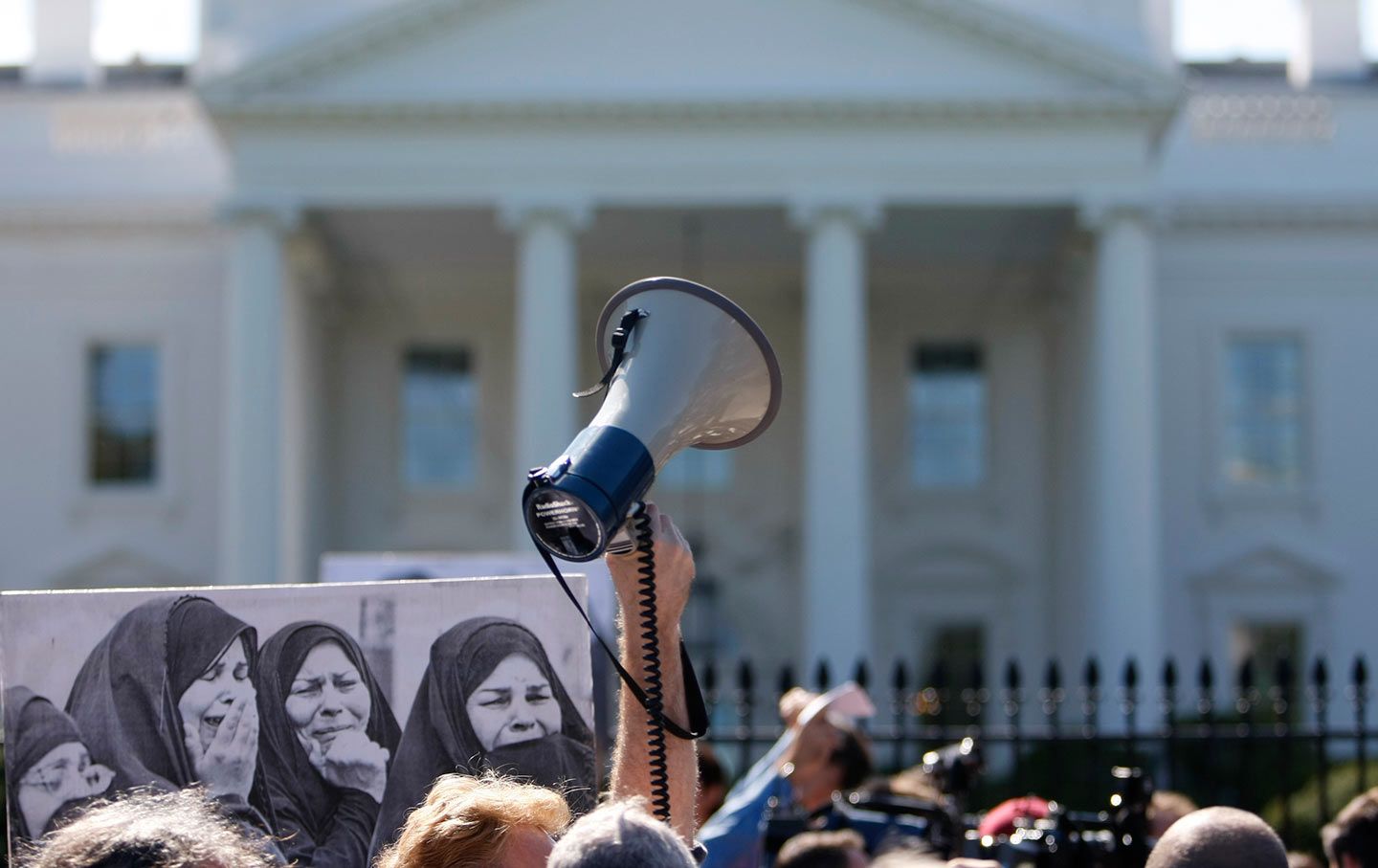 America has, of course, often ensured this domination by supporting friendly dictatorships. But there is also a liberal version of the strategy. Liberal hegemony, or primacy, dictates that the United States has the moral obligation and the strategic imperative to transform anti–status quo non-democracies into liberal (pliant) democracies. According to this grand strategy, the existence of such non-democracies is a threat to the United States and its hegemony. America cannot coexist with them but must ultimately transform them. Military force is instrumental to this endeavor. As Max Boot wrote back in 2003, the pillars of liberal hegemony must be spread and sustained “at gunpoint if need be.”

While some advocates of liberal hegemony object to the more militaristic interpretation preferred by neoconservatives, the difference between liberal interventionism and neoconservatism is more a matter of nuance than core belief.

Neither can provide a solution to Washington’s endless wars, because both operate within the paradigm of primacy, which itself is a root cause of the country’s perpetual conflicts. As long as that paradigm remains the guiding principle of foreign policy, hawks like John Bolton, Tom Cotton, and Lindsey Graham—and their Democratic fellow travelers, too—will continue to steer America’s engagement with the world, as it is their outlook that is compatible with primacy, not that of those on the progressive left or the libertarian right, who have advocated non-interventionism or negotiated settlements with those who challenge Pax Americana.

This is why the cards were stacked against the survival of the Iran nuclear deal even if Trump had not been elected. By striking a compromise with a defiant non-democracy like Iran, which for the past 40 years has defined itself as the foremost opponent of American hegemony (liberal or otherwise), while signaling a desire to slowly dismantle American hegemony in the Middle East (in order to pivot to Asia), Obama introduced an unsustainable contradiction to US foreign policy. 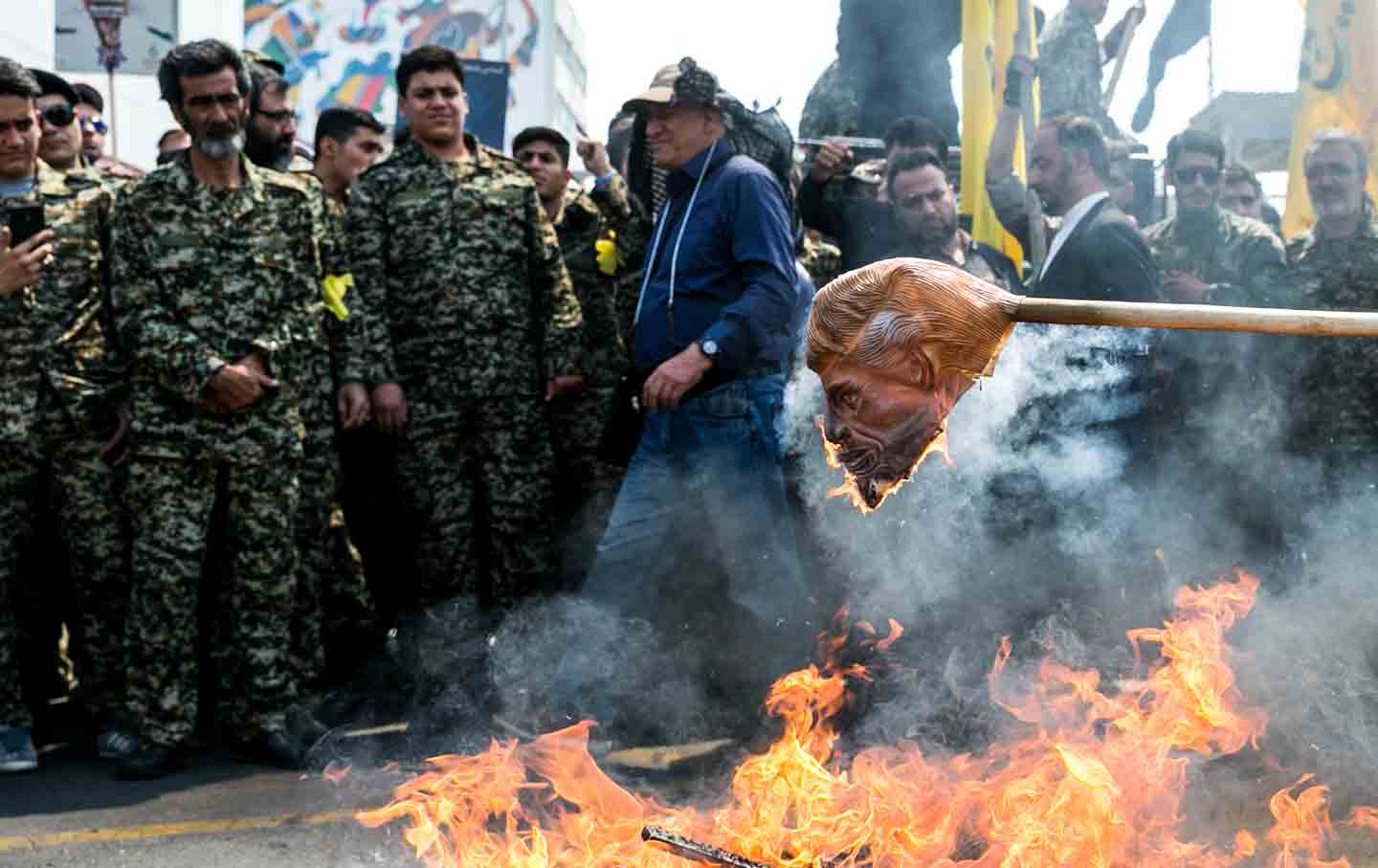 This contradiction has been particularly visible among Democrats who oppose Trump’s Iran policy but who still cannot bring themselves to break with our seemingly endless confrontation with Iran. As long as such Democrats allow the debate to be defined by the diktat of US primacy, they will always be on the defensive, and their long-term impact on US-Iran relations will be marginal.

After all, the strategy of US primacy in the Middle East demands Iran’s defeat. Instead, Obama opted for a win-win compromise that could have paved the way for a longer-term truce. He wanted allies such as Saudi Arabia to learn how to “share the region” with Iran and coexist in peace. This was heresy. Liberal hegemony declares that there is no room for win-win solutions with rivals; those confrontations are inherently zero-sum.

The Iran deal’s compromise hinted at an American desire to move away from a foreign policy of domination through endless war and confrontation. Trump’s maximum-pressure strategy, with its bullying and insistence on submission, manifests that policy’s revival.

This should give us pause. What it means is that the JCPOA’s multilateral diplomacy contradicts Washington’s grand strategy, while the unprovoked war of choice against Iraq did not. Neither did the intervention in Libya. Nor will five more decades of pointless war in Afghanistan.

In retrospect, the prospects of the nuclear deal’s survival within a grand strategy of liberal hegemony was limited, at best. Trump has only helped make that point more evident through his senseless escalation.