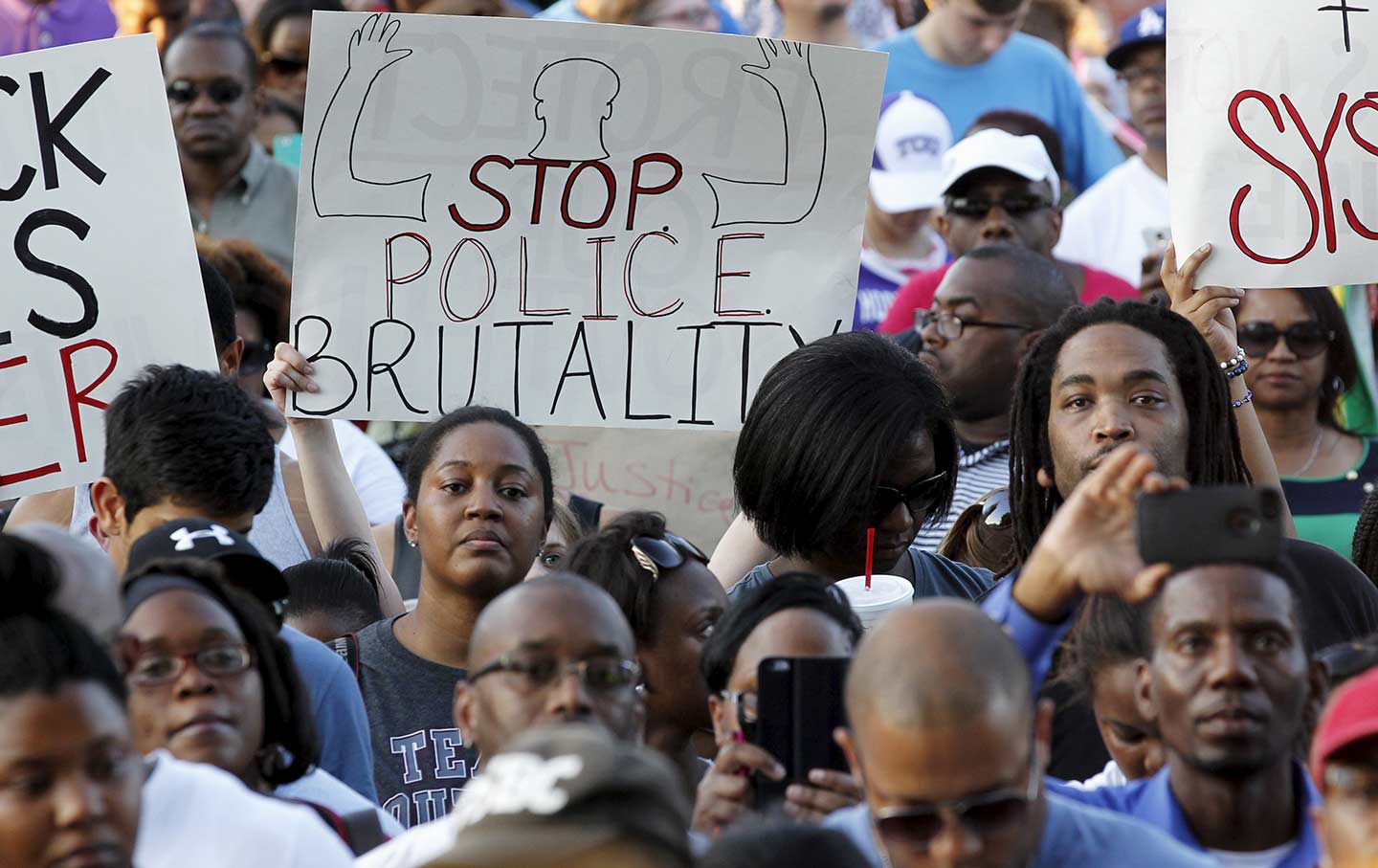 In the wake of Baton Rouge, Dallas, and St. Paul, our nation is once again in heated debate over what we do and do not want from law enforcement. The Republican National Convention opened with a parade of speakers vowing to “Make America Safe Again,” while President Obama has caucused with both law-enforcement and racial-justice advocates calling for reform. But if we are to truly make America safe, our discussion about different forms of policing must be informed by the same communities in which policing has become such a flashpoint. Rather than discredit those who feel marginalized, we need to provide platforms that empower communities to have meaningful input into how they are policed.

We recently did this. We traveled to American cities heavily impacted by violent crime—particularly gun violence—and had extensive sessions with over 100 community members where they discussed solutions to make their communities safer. A majority of participants were African American and Latino. They included law-enforcement personnel, social-service providers, former offenders, elected officials, activists, religious leaders, and others. We then tested what we heard against a national survey of 1,200 African Americans and Latinos.

During our sessions, community members told us that transforming policing is a key element of making America safe. Specifically, they offered five realms in which they’d like to see law enforcement take a different tack.

#1 Be respectful and de-escalate conflict

Police legitimacy shapes public safety for both civilians and police. The more communities view police as legitimate, the more likely it is that community members will comply with the law and assist police, which helps reduce crime.

Police officers should engage with citizens in “procedurally just” ways. A person’s perception of how they are treated by police—whether the officer acted respectfully or in a demeaning manner—shapes perceptions of police legitimacy. Procedural justice requires that police be neutral, have and appear to have trustworthy motives, and demonstrate respect for citizens. Departments should also recruit, hire, and promote people who can work effectively with communities, and screen out those unable to do so.

Police departments should also adopt de-escalation practices that encourage officers to avoid escalating tensions during interactions with citizens. Departments should make available to officers well-established de-escalation tools, such as “slowing the situation down” and looking for opportunities to resolve the interaction without unnecessary conflict or resorting to force.

Addressing and mitigating implicit biases among police are also critical to making communities safe. Implicit biases are automatic reactions in response to negative stereotypes.  Stereotypes about black-male violence are prevalent in American society.  Research shows that this bias can prompt police to arrest, use force, and shoot African Americans more quickly than whites. Departments should assess implicit bias in new recruits and in current officers, provide training that teaches officers how to mitigate their biases, and screen out those who are unable to address their biases. On our national survey, 90 percent of African Americans and 92 percent of Latinos supported evaluating racial bias among new police recruits before hiring them, and providing additional training to police officers about how to avoid racial bias while on the job. The Center for Policing Equity has important tools to help police departments address bias.

Communities believed that like all of us, police officers should be held accountable. Various accountability tools advance transparency and legitimacy. Surveys allow law-enforcement executives to collect feedback from citizens who have had interactions with the police. Civilian review boards increase the quality of internal police investigations. Body cameras tend to improve behavior of both police and community members, reducing uses of force and complaints against officers.

Collecting, analyzing, and publishing key data—including data on citizen complaints, police use of force, and race—can also advance accountability. Missouri law, for example, requires that police gather information on the race, gender, and age of people they encounter in motor-vehicle stops and report this information to the governor and state legislature. States can also enhance accountability through independent investigations and prosecutions in cases involving shootings by police officers.

Broad-based, practices like stop-and-frisk used in cities such as New York City in the mid-2000s alienate a large group of citizens—particularly when targeted at neighborhoods of color. These strategies can increase distrust, and deter community members from collaborating with police to stop violent crime.

While stop-and-frisk and aggressive enforcement of minor offenses might seem to temporarily increase arrest rates, they may also result in criminal convictions that prevent an entire class of citizens from obtaining jobs, housing, and other necessities of life for years, which may increase unemployment and cause other social ills in neighborhoods of color. In many cities, focused enforcement efforts that deprioritize arrests for low-level offenses while concentrating resources on more serious crime (e.g., gun violence, and illegal firearm trafficking) have reduced violence and increased public safety. In our national survey, 76 percent of African Americans and 81 percent of Latinos supported training police and probation officers to focus on people at high risk of committing gun violence, rather than people who commit lower-level offenses.

#5 Engage meaningfully with the community

Community policing—a model of policing that emphasizes police-community partnerships to combat crime—has been the dominant model in policing over the past three decades. The federal government has allocated millions of dollars to hire and train officers in community-oriented policing, and most police chiefs in America would describe their department as adhering to this model of policing. Many communities of color, however, continue to experience disenfranchisement and marginalization. Thus, we need to carefully examine elements of the most successful community-policing programs to effectively strengthen police-community relationships and promote public safety.

There are several ways to create avenues for meaningful community involvement. For example, strategic planning groups consisting of community stakeholders can develop public-safety priorities and coordinate the implementation of any programs. Engaging all interested stakeholders not only ensures more effective practices that are tailored to an area’s needs but can also ensure the sustainability of such programs. It is also important to create inclusive avenues for community input beyond community meetings, which may not engage most citizens or ensure the implementation of sound recommendations. Also, communities can play a significant role in recruiting and selecting the officers that will serve them. When law enforcement and other community members work collectively to shape policies, all share accountability for the results.

As we detail in the final report on our research, our nation cannot address public-safety concerns without acknowledging the need for a paradigm shift in policing (that also means fine-tuning the concept of “community policing”). Ensuring that police are not “occupying forces” requires that communities play a meaningful role in developing effective policing strategies.

The communities with which we met also prioritized other strategies to increase safety—such as reducing access to firearms and investing in education and job training. In this moment, however, we must engage communities in reforming their local police departments to dramatically enhance public safety.