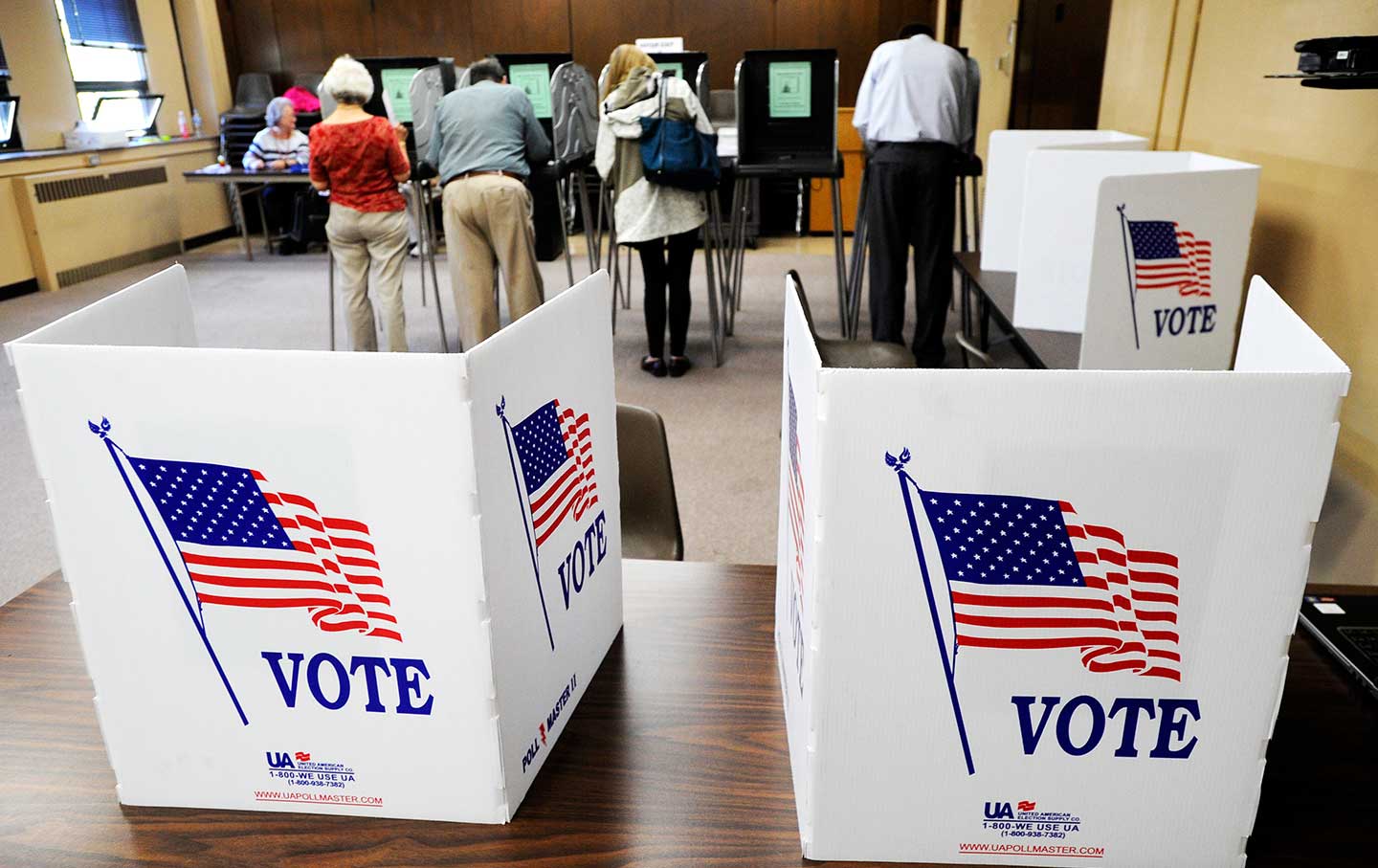 One of the biggest lies about poverty in our country is this: We don’t know what to do to dramatically reduce it.1

The truth is, there is no shortage of excellent plans, great scholars, and people living in poverty who can tell you exactly what we need to do—we just elect too many political leaders who don’t give a damn.2

This Election Day, you have the power to move our nation towards doing right by people in poverty. Before you touch the screen, pull the lever, or fill out your ballot, here are some questions you might ask yourself to determine the hearts and minds of your candidates:3

Does your candidate push stereotypes and myths about people living in poverty and anti-poverty policies, or does s/he stick to the facts?

Does s/he know that nearly 40 percent of us will spend at least one year in poverty during our working years?4

Does your candidate conflate poverty and race, in a manner that stereotypes people of color as poor and urban?5

Does s/he speak to the fact that the average food stamp benefit (SNAP) is just $1.41 per person, per meal; only 1 in 4 households that qualify for federal rental assistance actually receives it; and only 23 of every 100 families with children in poverty receives cash assistance (TANF)?6

Does s/he fight to protect and strengthen the safety net, recognizing that poverty would be twice as high today—approaching 30 percent—without it?7

Does your candidate accept a status quo that keeps people in poverty? Or do they embrace policies that work?

Does s/he want to raise the minimum wage so that it can lift a family of three out of poverty (just as it could in the late-1960s)?8

Does your candidate take paid leave, but fail to fight for the 80 percent of low-wage workers who can’t take a single paid sick day to care for their families?9

Does your candidate accept that most low-income parents can’t afford the child care they need to go to work? Or does s/he have a plan to make quality child care affordable for all families?10

Does your candidate understand that people with low incomes often lack the transportation needed to get to good jobs? Does s/he have a plan to create affordable housing where jobs are located and reliable public transit so people can access opportunities?11

Does your candidate understand that inequality is rooted in intentional policy choices throughout our nation’s history, and offer an agenda to correct that?

Does your candidate recognize that the average black family would now need 228 years to catch up with the wealth of today’s average white family? Does s/he consider this inequity when formulating key policies around the tax code, home ownership, college affordability, job creation, and more?12

Does your candidate recognize the water crisis in Flint is not an isolated incident? And that across the country, the government is investing in and protecting affluent white communities, while exposing low-income communities of color to environmental and health hazards?13

Does your candidate recognize mass incarceration as “the new Jim Crow,” which targets black men and communities of color? Does s/he have plans to end the school-to-prison pipeline, promote alternative sentencing and treatment, and ensure that people can successfully reenter society upon release?14

Does your candidate speak to the fact that anti-LGBT laws drive economic insecurity for LGBT people, including higher rates of poverty?15

Has your candidate ever said anything about addressing rural poverty across the country—from Appalachia to the Mississippi Delta, the Alabama Black Belt to the colonias of south Texas, and on Indian reservations? What will s/he do to help reduce rural poverty?16

Does your candidate recognize the connection between immigration reform and poverty, and that a path to citizenship would significantly decrease economic exploitation like wage theft, and increase payroll tax revenues by an estimated $33 billion over five years?17

Does your candidate accept that women earn only 80 cents for every dollar earned by their male counterparts, or does s/he make it a priority to close the gender pay gap?18

Does your candidate have a real plan to help children in low-income families succeed?

Does your candidate accept that our public schools are separate and unequal, with many low-income students forced to share textbooks and work in decrepit classrooms while nearby affluent communities have state-of-the-art facilities? Does s/he have a vigorous plan to make sure our schools reflect that our nation values all children?19

Does your candidate accept that many students are simply priced out of a college education, or does s/he have a plan to make college affordable for all?20

Does your candidate talk about the fact that 1 in 6 children in America struggle with hunger, and have a detailed plan to address it?21

There is nothing inevitable about poverty in America. This Election Day, send that message to all candidates with your vote.22