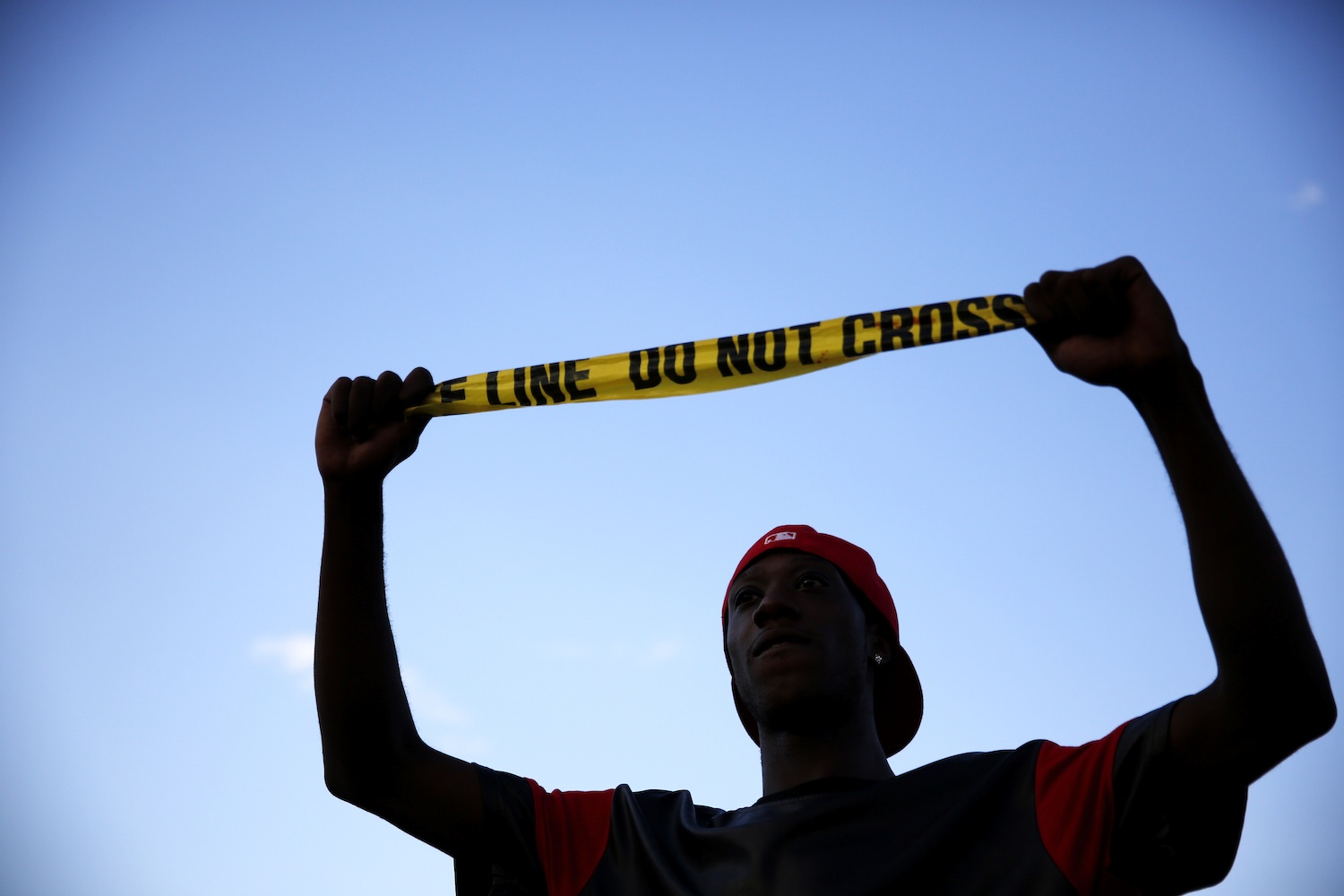 A man holds up a piece of police tape during a protest Monday, August 11, 2014, in Ferguson, Missouri. (AP Photo/Jeff Roberson)

We must not forget the murder of Michael Brown and the violent police crackdown on the community of Ferguson, Missouri. While the story was unique in the attention it received, it shed light on a national problem: our police are systematically targeting people of color, are alarmingly quick to use lethal force and are alienating communities by using equipment more appropriate to a war zone.

The history of racist and abusive policing in the United States is long and the numbers are stark. According to the latest study compiled by the FBI, in the seven years leading up to 2012, one black person was killed by a police officer at least twice each week.

Thanks in large part to tireless organizing—including on the part of young people of color and their allies—more people are now paying attention. It is long past time for our federal government to act. Although the Obama administration cannot singlehandedly end our country’s long history of abusive policing, the executive branch can make concrete changes and it can do so without needing the support of our recalcitrant Congress. Through executive actions and the work of the Departments of Justice, Homeland Security and Defense, the administration can move us closer to ending discriminatory police tactics, holding departments accountable for systematic abuse and getting tanks, riot gear and other military equipment off our streets.

Sign our petition with ColorofChange.org, Daily Kos, the Advancement Project, Missourians Organizing for Reform and Empowerment, RH Reality Check and a host of other organizations calling on the Obama administration to take definitive steps to end abusive, militarized, and biased policing targeting black and brown communities. Then, head to FergusonOctober.org to find out how you can support local activists in the upcoming “Weekend of Resistance” planned for October 10th through the 13th.

In our special issue on racial justice published earlier this year, Mychal Denzel Smith profiled young people of color organizing to fight for racial justice and to end the criminalization of black youth.

In a powerful segment filmed shortly after the death of Michael Brown, Melissa Harris-Perry named nine unarmed black men killed by police and connected their deaths to our nation’s long history of denying the humanity and civil rights of black men and women.